These Are the Worst Restaurants at Disney World and Disneyland

Disneyland and Disney World very well might be the happiest places on Earth, but their restaurants could be the crappiest. Once you travel to the theme parks and plunk down your exorbitant admission fee, the last thing you want to do is waste your hard-earned money on subpar food at airport prices. Instead, opt for some Disney fuel that will serve you well during those long waits in line to get on your favorite rides.

Find out what real people — Reddit users, specifically — have to say about their worst experiences with Disneyland and Disney World restaurants. Then, decide for yourself whether the comments are compelling enough to make you choose another restaurant. 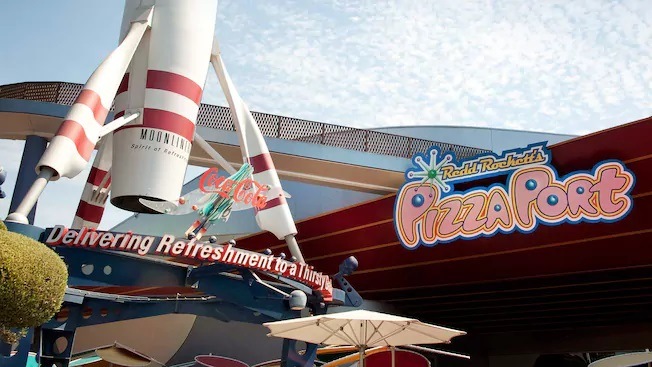 Being compared to a Lunchable is pretty harsh. | Disney

Disneyland has its share of rotten restaurants, according to Reddit users. Apparently, Redd Rockett’s Pizza Port in Tomorrowland is among them. According to one Reddit user, “Pizza Port pizza isn’t great and is expensive and not very filling.” Another commented that “Pizza Port’s pizza is somewhere between a Lunchable and Little Caesar’s.” And yet another had this to say, “I really like Pizza Port but I’ve always been a fan of cheap cardboard pizza. Makes me feel like a kid again.”

Next: Have a Milky Way instead. 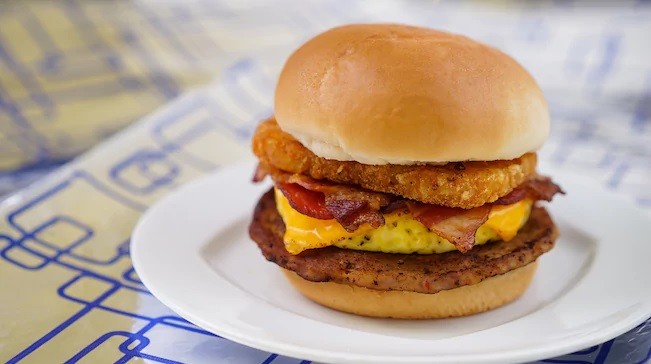 Getting compared to a gas station burger is not a good sign. | Disney

Reddit users had plenty of complaints about the Galactic Grill, also located in Disneyland’s Tomorrowland. One remarked that, “The burgers at Galactic Grill remind me of what you would get off the hot shelf at an AM/PM.” And another gave this pithy reply, “Galactic Grill sells the worst food in the park, no contest!” Ouch.

Next: Not for the faint-hearted 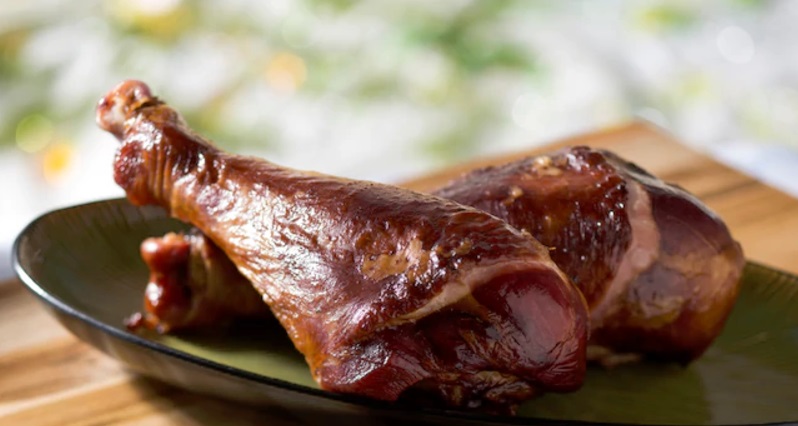 The turkey leg is not worth the hype. | Disney

Yes, you’re right — the turkey leg carts do not qualify as restaurants. But Reddit users were rabid about how bad the turkey legs at Disneyland are, so they made the list.

User comments included, “Turkey legs are gross and salty,” “To me they taste like ham,” and “Overly salty, cooked-way-too-long ham. My poor brain almost broke trying to make sense of ham flavored turkey.” One user was super excited to try one and said, “ … it was so, so salty and the tendons were like pulling panty hose off of a leg.” Ew.

Next: Weigh anchor near this one. 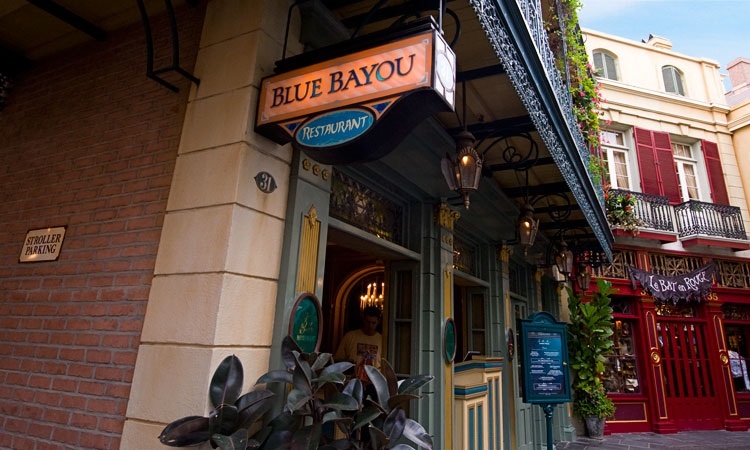 Blue Bayou is near the Pirates of the Caribbean ride — and some Reddit users feel they’ve been victims of piracy after they’ve eaten at this Disneyland restaurant. One user said it’s very overpriced and that he doesn’t “think the Blue Bayou experience is worth the price premium you pay on the food if you aren’t on or very close to the waterfront.”

Another said, “The chorizo burger’s saltiness wouldn’t be as offensive if it weren’t dry and tough.” And another disappointed diner wrote, “Felt rushed through our entire meal, food wasn’t great. 0/10 never again.”

Next: This one’s bad. 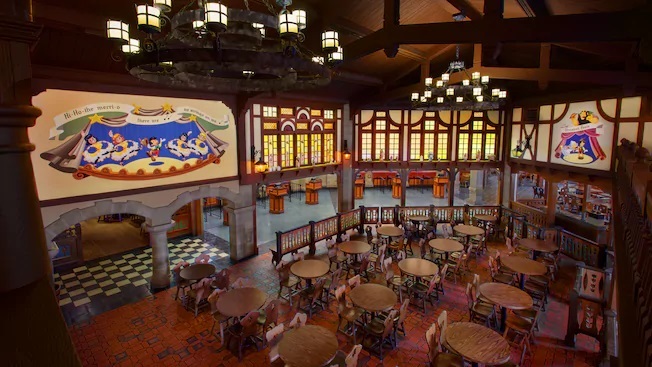 Think twice before you visit this Disney World restaurant, located at the edge of the old Fantasyland and the New Fantasyland. There were too many Reddit comments about it to share, but this one sums it up pretty perfectly:

“The only time I ever ate at PVH I instantly regretted it. Apparently I wasn’t alone. As I was waiting in line in the bathroom, there was a guy in one of the stalls absolutely having the worst day of his life. He was grunting and heaving and panting (among other noises). In between loud, exasperated breaths he yelled out brokenly, ‘Don’t. Eat. At. Pinocchio’s!'”

Next: Food-court quality with restaurant prices 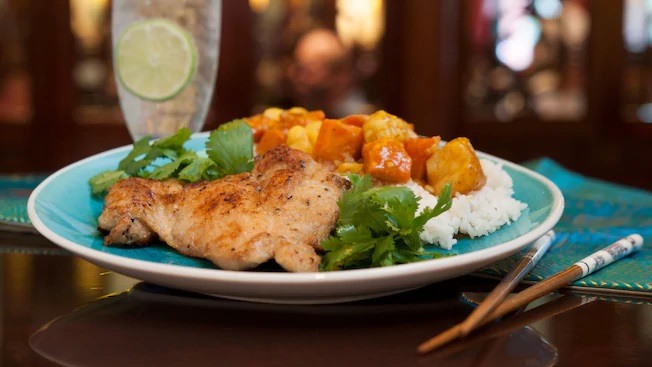 One wrote, “I think Nine Dragons is pretty much run-of-the mill Americanized Chinese food you can find at any strip mall.” And another said, “Nine Dragons has been a disappointment for decades. It would be awesome if it was one of the great Chinese restaurants in America, but there are better places that do take out in downtown Orlando. Another user piped in with, “If you are going to pay $16 for sweet and sour pork that you could get at your local mall food court, the atmosphere better be worth it.”

Next: Redolent of cat food 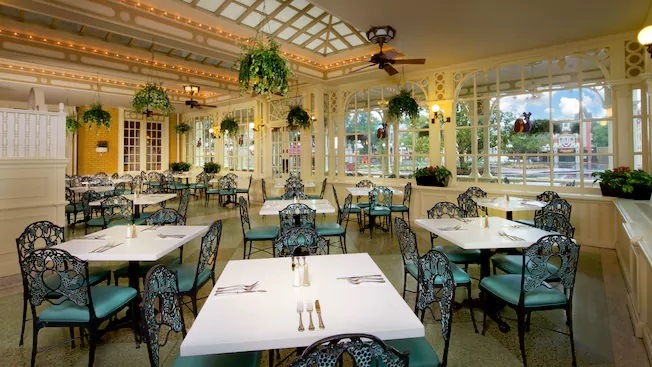 It’s expensive and not at all up to par. | Disney

This Disney World restaurant is expensive, but pretty bad, according to Reddit users. One said, “I think it’s a matter of expectations. I was expecting basic yet tasty, and it just tasted like spoiled Chef Boyardee.”

Perhaps the most damaging comment from a Reddit user, this one is tough to read: “The lamb shank smelled and tasted like cat food. Well, it tasted the way cat food smells, anyhow. Also, my wife’s pasta dish looked like it had been sitting under a heat lamp for a half hour.” Steer clear of the place. 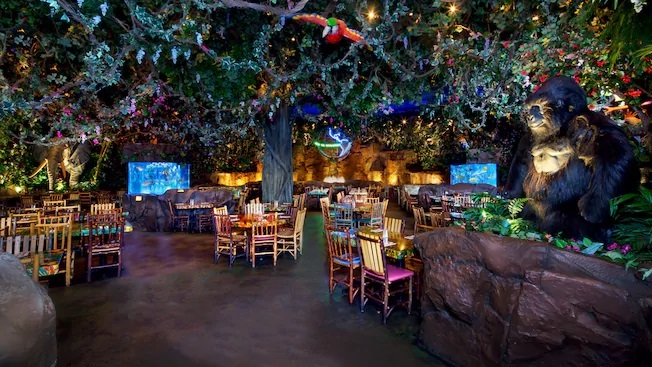 It’s more for the kiddos than anyone. | Disney

Reddit users have very definite opinions about Rainforest Café in Disney World’s Animal Kingdom. One warned other users, “Do not go to Rainforest cafe, simply said, it’s garbage.” And another said, “Don’t do it. The food sucks and I got food poisoning the second (and last) time I went. Service was pretty nonexistent too.”

Another dreadfully displeased diner wrote, “Also, if you’re an adult the food sucks. Kids get pizza and Mac and cheese and icees and I had a horrible steak and coconut popcorn shrimp. Yuck. None of the adults I was with liked it.”

Read more: A Brewery at Disneyland Is Coming … Here’s Why You Need to Visit