These Cruise Ship Ports Are the Absolute Worst in the World

Dreaming of a vacation at sea? If so, you’ll want to read this, first, because not all cruising is smooth sailing. From dangerous destinations to crime-ridden countries, there are plenty of cruise ship ports worth avoiding.

Here are seven of the absolute worst ports in the world. 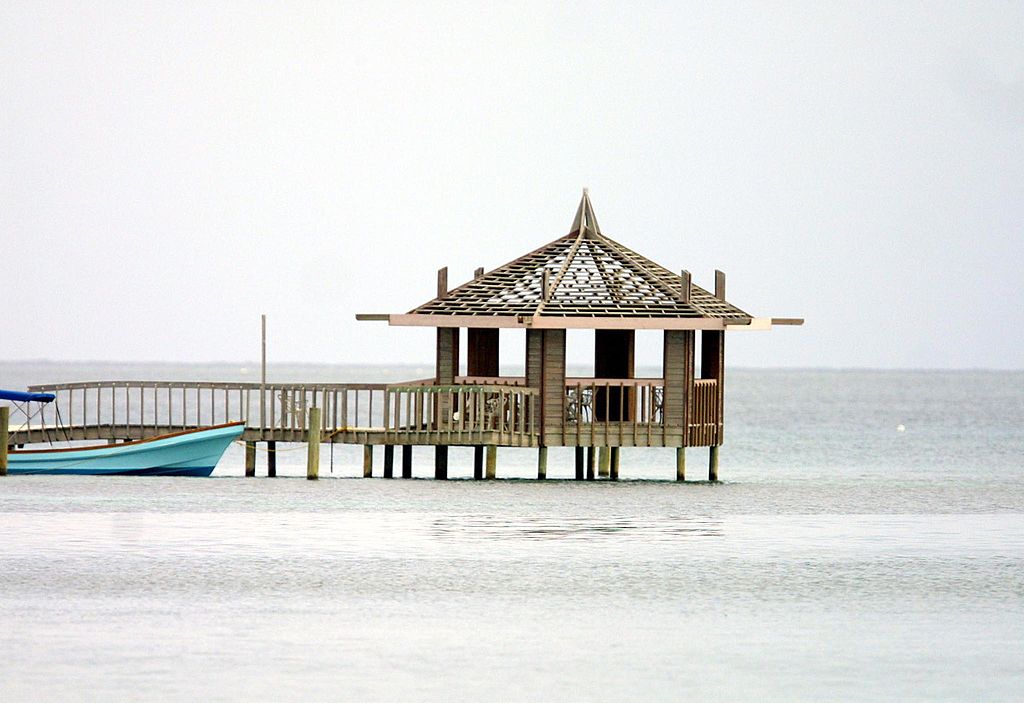 Known for its world-renowned beaches and top-rated scuba diving, Roatán is a major port of call for Caribbean cruises. But it’s not as safe as as you might hope.

Since 2010, Honduras has had one of the highest murder rates in the world. And while the country’s islands have lower crime rates than the mainland, Roatán is still dangerous — especially Coxen Hole, where cruise ships dock.

According to the U.S. Department of State, “Roatan and the Bay Islands are geographically separated from and experience lower crime rates than on the mainland and other Caribbean islands; however, thefts, break-ins, assaults, rapes, and murders do occur.”

Next: This country is riddled with violence. 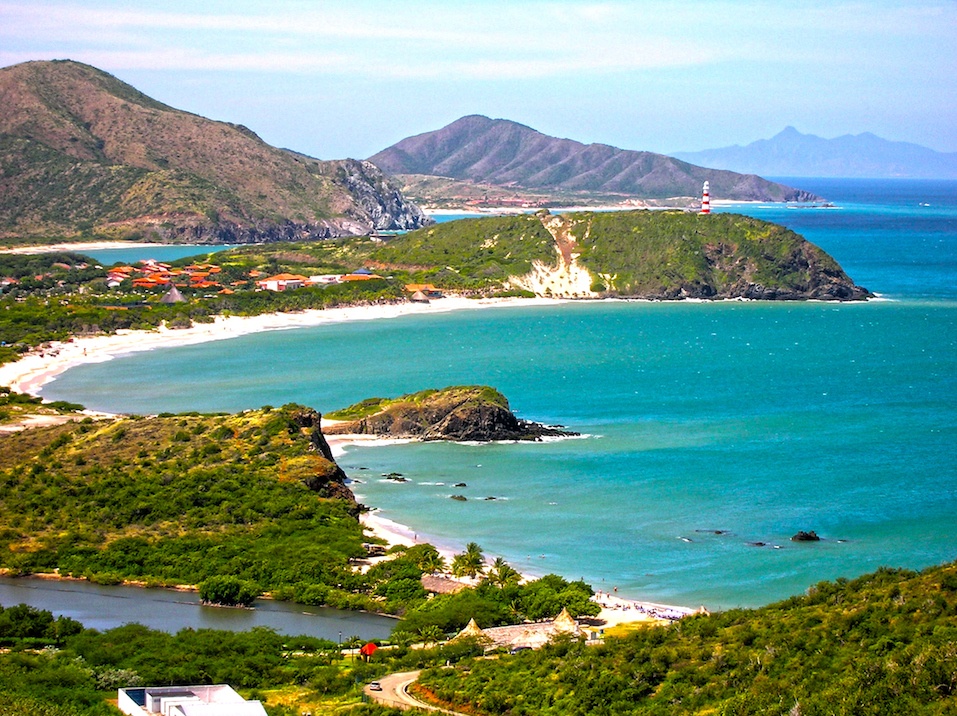 Violence runs rampant in Venezuela. But murder, drug trafficking, and kidnapping often go unpunished thanks to the country’s corrupt police. And while Margarita Island is just a half hour flight from Caracas, the country’s capital, cruisers should still exercise caution.

“Violent crime is the greatest threat in Caracas, affecting local Venezuelans and foreigners,” the State Department says. Furthermore, Caracas was listed as the most violent city in the world in 2016. And in July of the same year, Smarter Travel reported the State Department warned, “Anchoring offshore is not considered safe. Marinas, including those in Puerto la Cruz and Margarita Island (Porlamar), provide only minimal security, and U.S. citizens should exercise a heightened level of caution in Venezuelan waters.”

Next: This island’s ports are home to violence and terrorism. 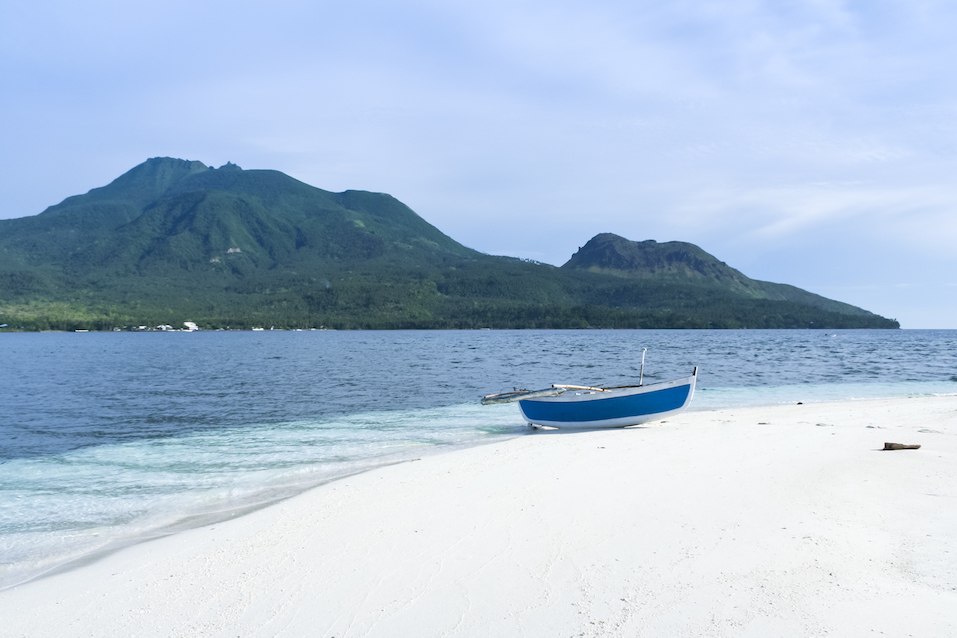 There’s a travel warning for the area. | simongurney/iStock/Getty Images

Located in the southwestern area of the Philippines, the Sulu Sea is home to the island of Mindanao — along with lots of violence. There’s so much violence, in fact, that there’s a warning advising people not to travel to the Sulu Archipelago because of crime, terrorism, and civil unrest.

According to the State Department, “Terrorist and armed groups kidnap U.S. citizens on land and at sea for ransom,” and they “continue to conduct kidnappings, bombings, and other attacks targeting U.S. citizens, foreigners, civilians, local government institutions, and security forces.” And the U.S. government isn’t able to provide emergency services in the area.

Next: The murder capital of the world 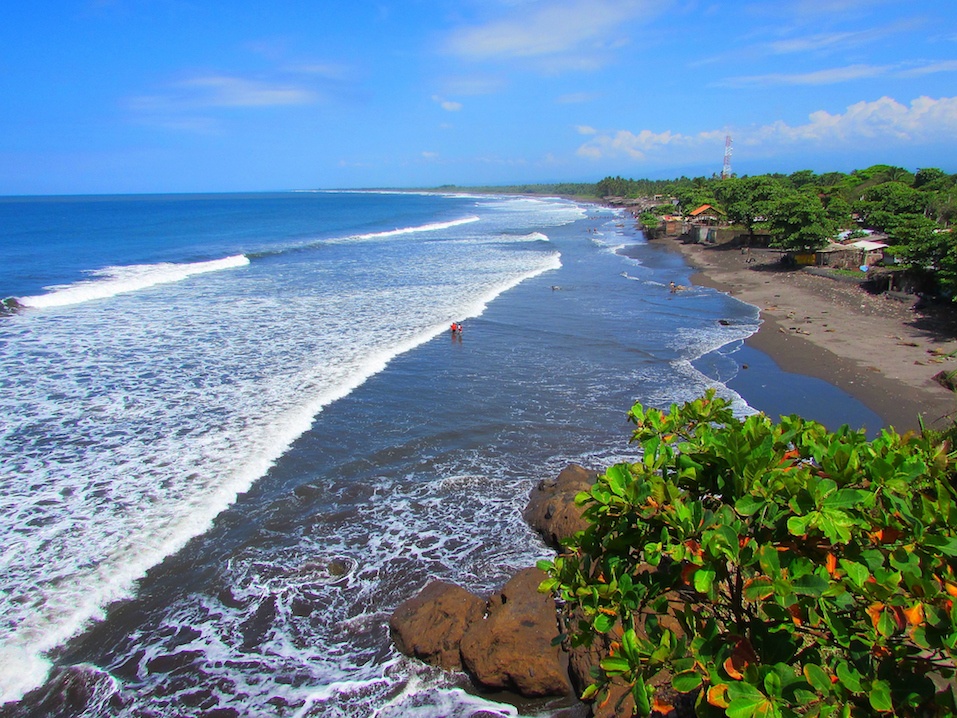 El Salvador may be known for Mayan ruins and lush rainforests. But unfortunately, the country has another well-known claim: the murder capital of the world. Even though cruise ships dock at a specific port, such as Acajulta, travelers still need to exercise caution and maybe even reconsider their trip altogether, the State Department recommends.

“Violent crime, such as murder, assault, rape, and armed robbery, is common,” the website reads. “Gang activity, such as extortion, violent street crime, and narcotics and arms trafficking, is widespread.” However, it should be noted that criminals don’t specifically target U.S. citizens.

Next: This country has a lot of recent travel warnings. 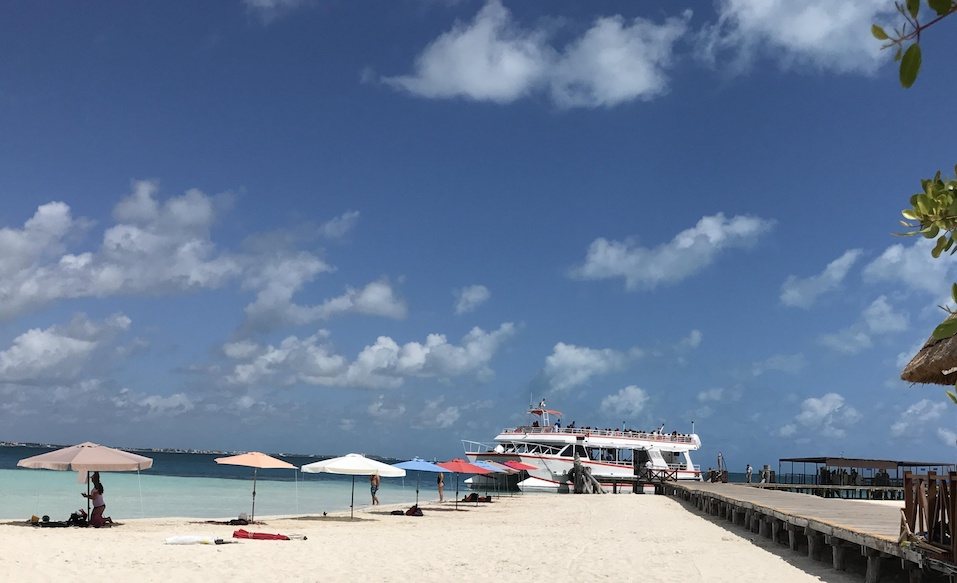 Mexico is more dangerous than ever. | Daniel Slim/AFP/Getty Images

While some have been forced to rethink their travel plans to Mexico, others are still determined to make their trip happen. Case in point: the droves of thirsty cruisers anxious to get their fill of those gorgeous beaches. Unfortunately, though, the reality of soaking up the sun in Mexico is more dangerous than ever.

According to Cruise Critic, 12 operational cruise ports in Mexico — including tourist hot spots Cozumel and Playa del Carmen — are under a U.S. travel advisory. Additionally, the publication reports:

The advisories come after an increase of violence in the region, which has reached its peak in 2017. While the shootings and assassinations are largely fueled by drug and criminal organizations and not targeted at U.S. citizens, the U.S. government warns that bystanders could be in danger of being injured or killed.

Next: The drug trade is a major threat in this country. 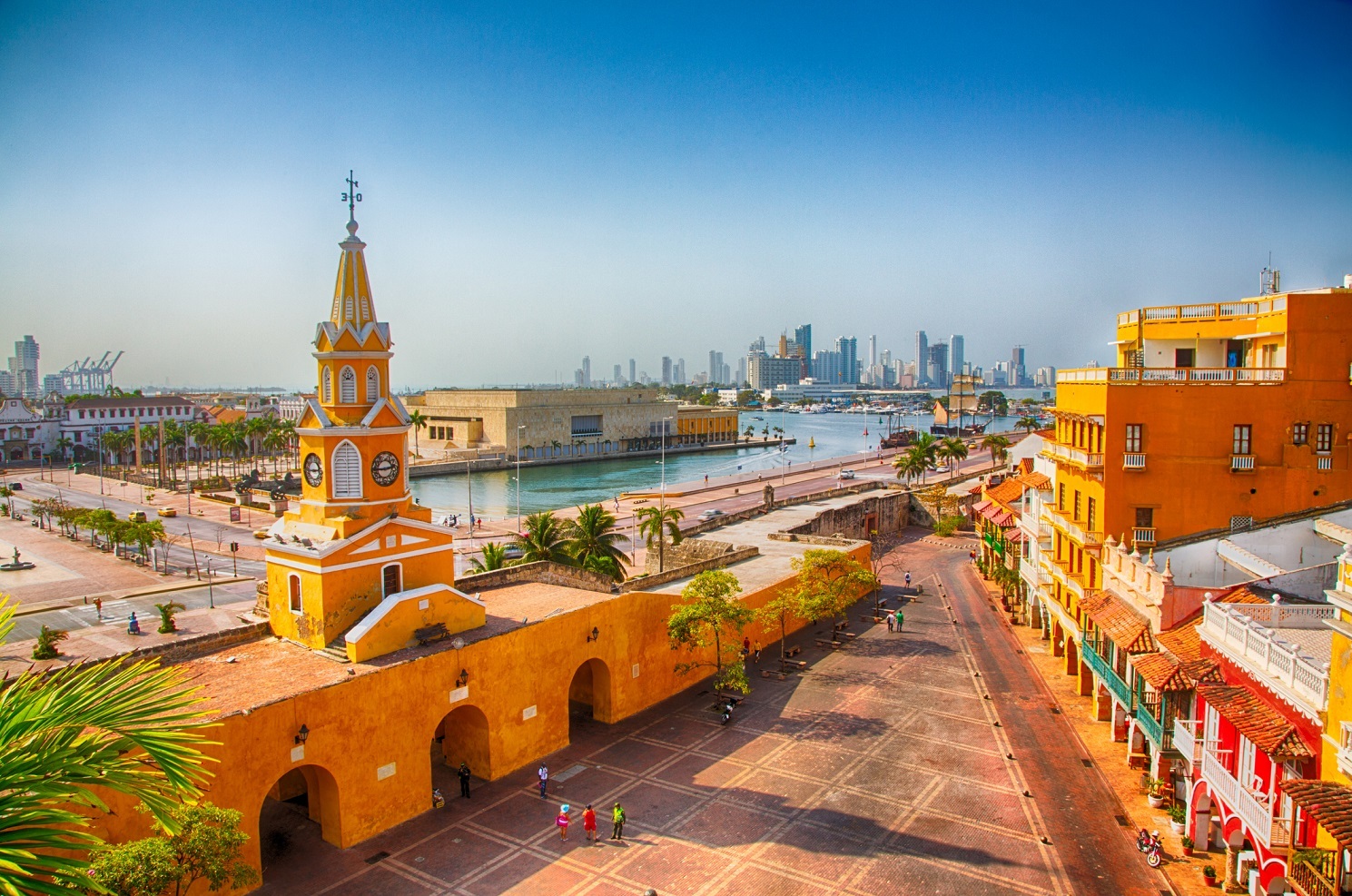 Major cruise lines have ports of call along Colombia’s coast, including places like Cartagena, Santa Marta, and Barranquilla. But regardless of the exact location, travelers should watch their step.

Considering the country is ground zero for cocaine production and trade, cruisers may want to skip out on Colombia’s shore excursions. “Colombia is the world’s leading grower of coca, the source crop for cocaine,” Fox News reports. “Narcotic trafficking is at the root of the state department’s travel warning for Colombia.”

Furthermore, there’s a terrorist organization named the National Liberation Army. According to the State Department, it could attack with no warning, targeting tourist locations, transportation hubs, and cultural events.

Next: Thankfully, major cruise lines have canceled their ports of call in this dangerous region. 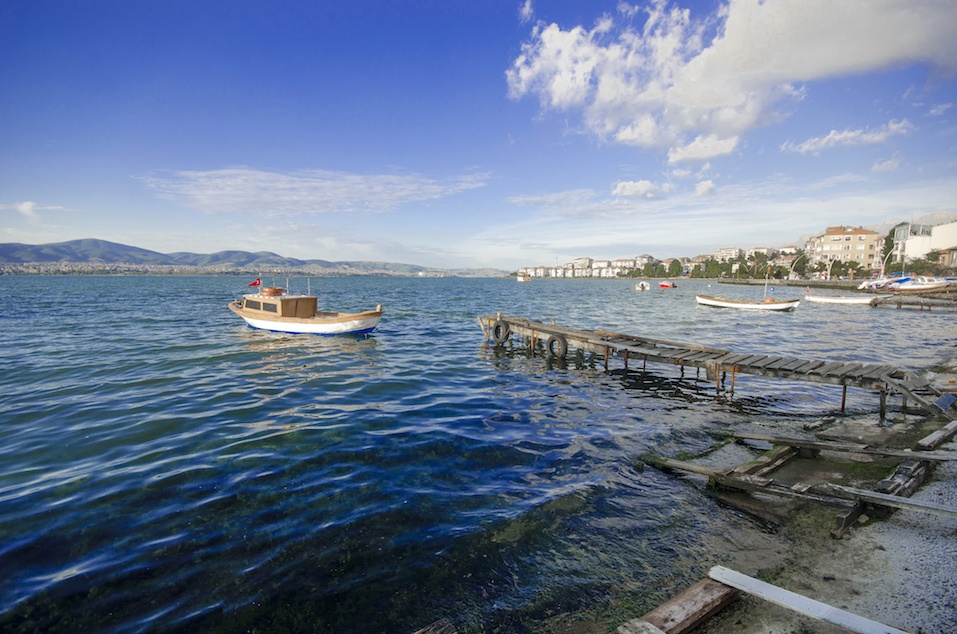 Some cruise lines have canceled their ports of call in Turkey, and they’ve done so for good reason. Turns out, terrorists would hop on cruise ships to enter the country. Terrifying, we know. ISIS extremists would buy tickets in hopes of entering Syria or Iraq by way of the Turkey border.

According to Smarter Travel, Izmit has “earned itself a spot as a prime destination for terrorists on cruises.”

Despite these horrific stats, the reality is there are plenty of places around the world that welcome tourists with open arms. Just find one of those places, and avoid these seven cruise ship ports if you can.