These Deadly Poisonous Plants Might Be Lurking in Your Home

Anyone who ever watched the show Breaking Bad knows that common household plants can make you violently ill or even kill you. Even the most innocent looking flowers have the potential to be toxic if they’re ingested.

Sadly, the people most at risk for serious injury or death from toxic plants and flowers are the ones most likely to ingest them accidentally. Young children and household pets won’t realize that the items are poisonous and might eat them because they’re pretty or they smell good. The results of their curiosity can be disastrous.

Do you have any of these toxic plants hiding out in your home?

1. Lily of the valley 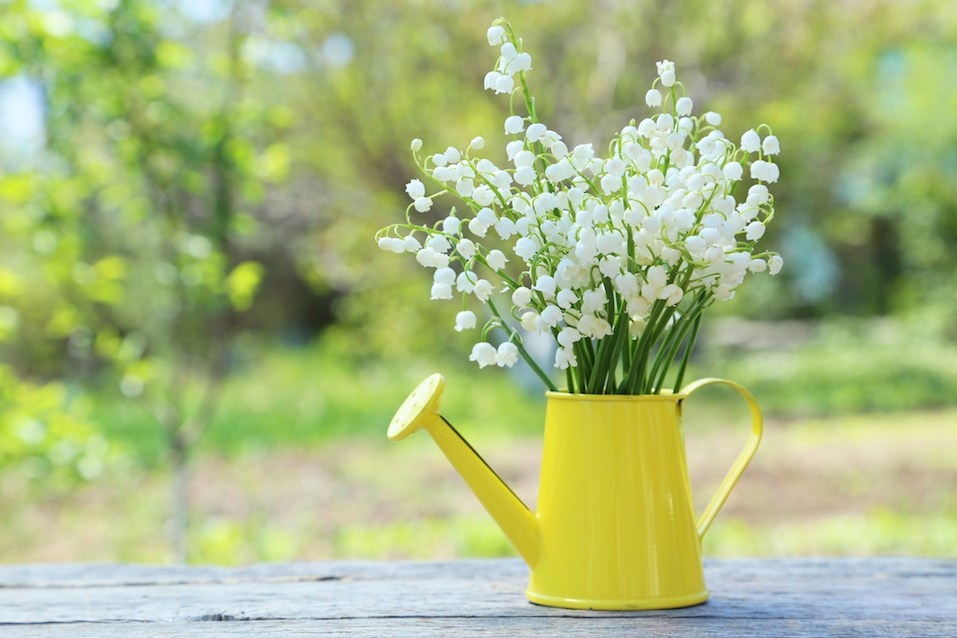 It can be pretty dangerous, especially for children. | 5second/iStock/Getty Images

The name sounds sweet and innocent, but this common yard dweller is anything but. Lily of the valley is the exact type of plant that Walter White used to poison a child in the hit show Breaking Bad.

Lily of the valley contains toxic compounds called cardiac glycosides, which can cause symptoms such as dizziness, vomiting, rashes, and diarrhea. Those pretty little bells can lead to death if you’re not careful. 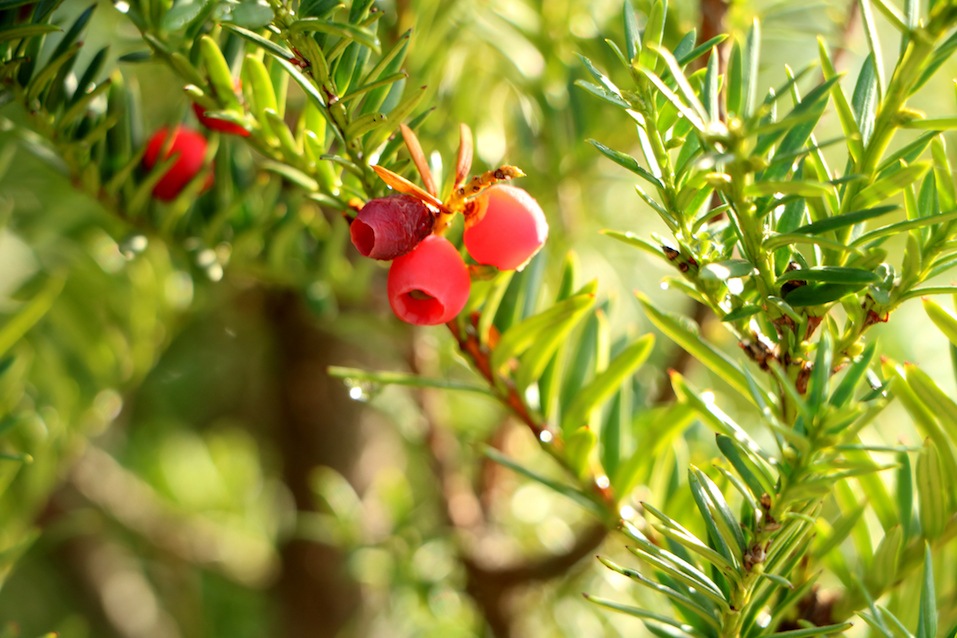 Everything is poisonous except the berries. | unimode/iStock/Getty Images

Every part of this plant is poisonous except for the flesh of the berries, but the most dangerous concentration of toxins is found in the seeds. Eating them can cause convulsions, paralysis, or even heart failure.

But the scariest thing about this plant is that sometimes you won’t have any symptoms — you’ll just drop dead in a few hours. 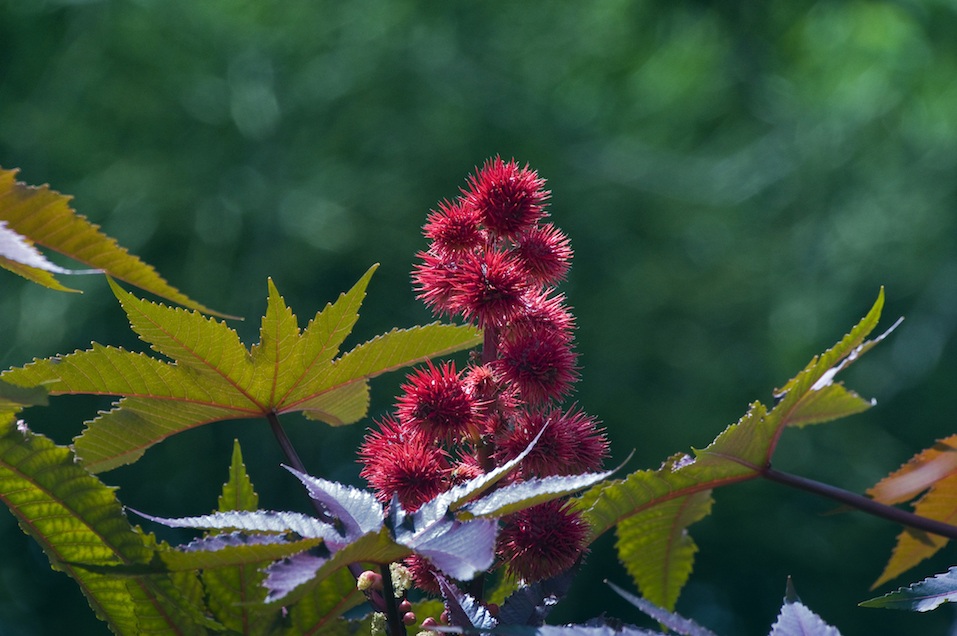 The plant can kill a child. | RPFerreira/iStock/Getty Images

One castor bean seed is enough to kill a child.

People use castor oil for everything from laxatives to inducing labor, but ingesting the plant can be incredibly dangerous. Ricin is one of the most toxic poisons known to man and is abundantly present in castor bean seeds. 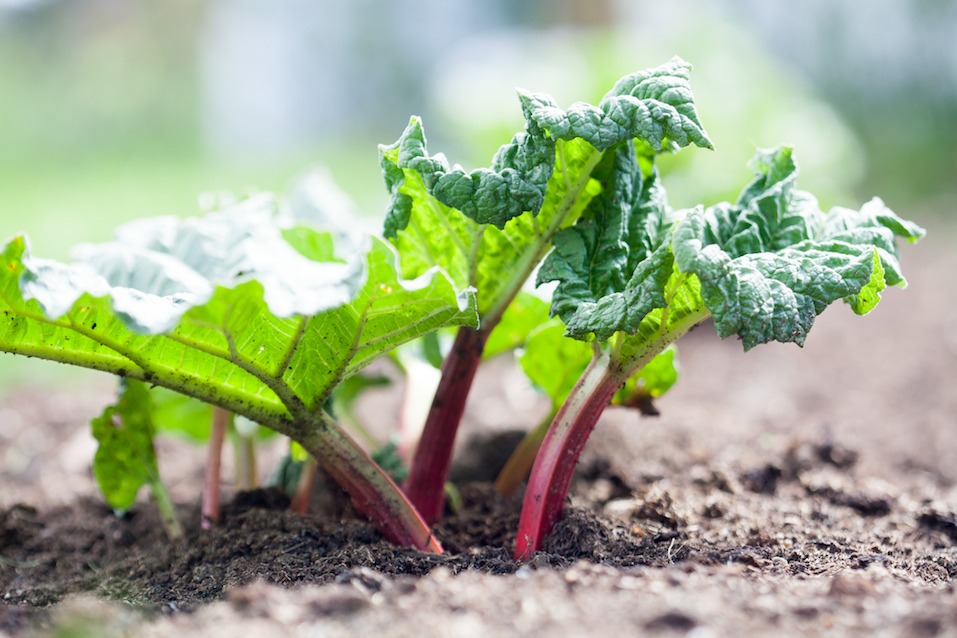 The leaves are what contain the toxins. | Kati Finell/iStock/Getty Images

There’s no need to turn down that second slice of strawberry rhubarb pie — it’s the leaves that contain the poison in this plant, not the stalk that’s used for baking.

Rhubarb leaves are incredibly high in oxalic acid, which can lead to kidney failure in humans. It takes about 25 grams of the toxin to cause death. 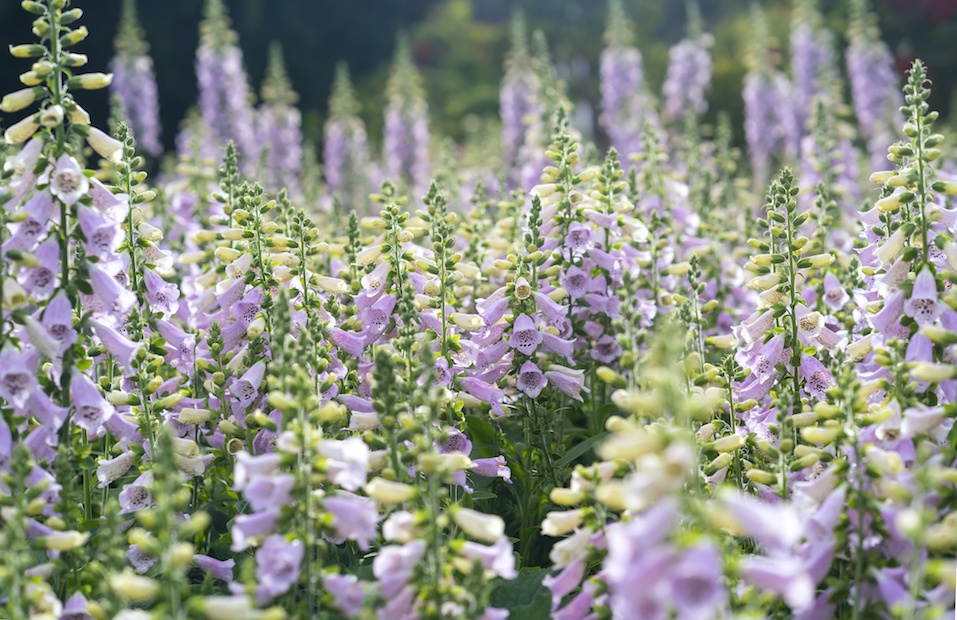 They may be beautiful, but ingesting too much could be toxic. | HuyThoai/iStock/Getty Images

You might have these colorful flowers in your yard — just don’t leave the kids or pets unsupervised near them.

The bell-shaped flowers and leaves look good enough to eat, but they also contain a compound that’s used for treating heart failure. Ingesting too much is essentially the same as overdosing on heart medication. 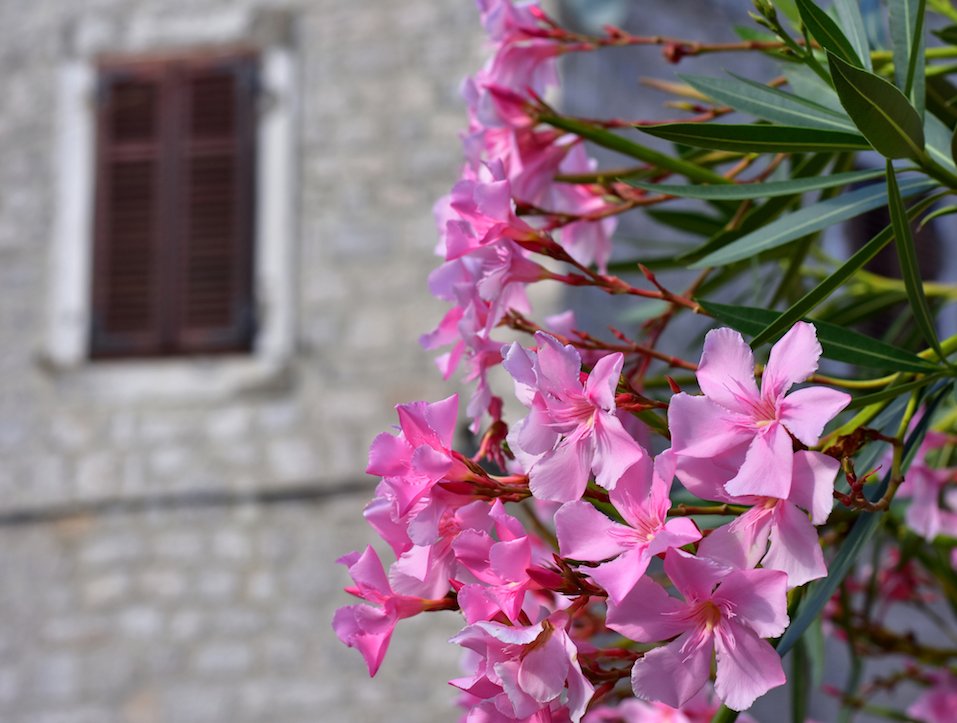 A tiny amount can affect a child. | Teyakp/iStock/Getty Images

These fast-growing, easy to care for plants are popular with homeowners, but use caution. You only need to eat a tiny amount of this plant to get very sick or even die — just one leaf is enough to kill a child. Drowsiness, slowed heart rate, and shaking are all serious symptoms you shouldn’t ignore. 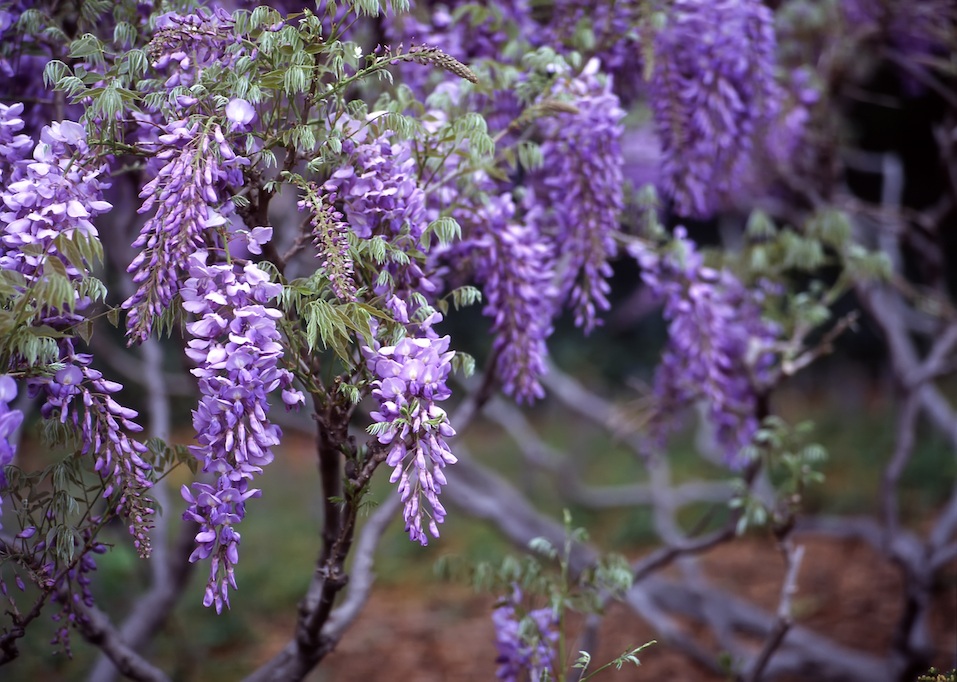 The stunning blooms are dangerous for animals. | NYPhotoboy/iStock/Getty Images

This gorgeous purple plant won’t harm people, but the seed pods can cause diarrhea and vomiting for dogs, cats, and horses. Call the vet immediately if you suspect your pet accidentally ingested this plant. 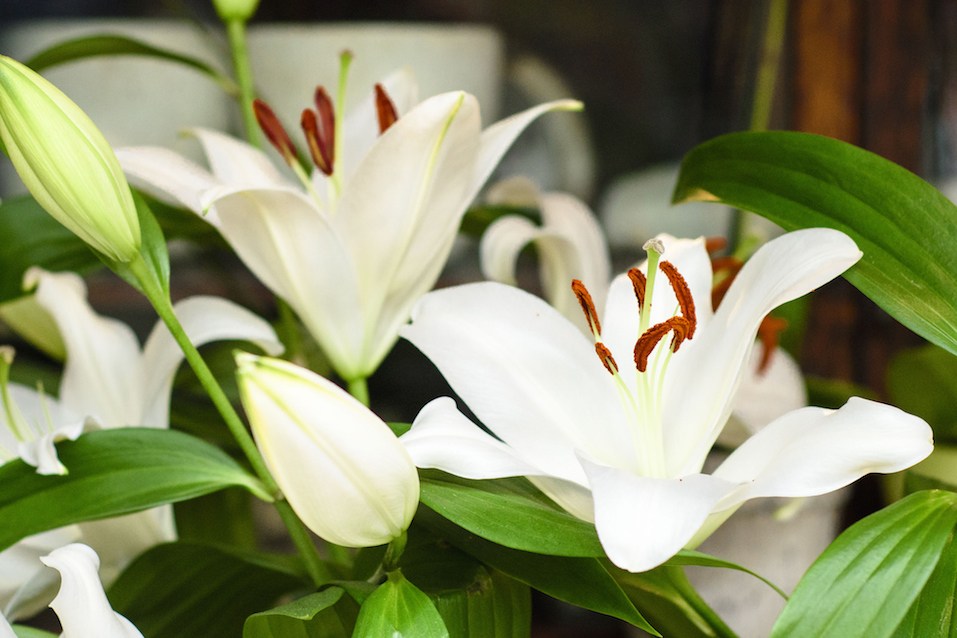 They can lead to kidney failure for felines. | Lindseycruz/iStock/Getty Images

Springtime lilies look lovely on your dining room table. Unfortunately, they could prove fatal for your feline friend.

Eating a small amount of tiger lily or daylily varieties can lead to kidney failure and death for your cat. Cat owners should use caution bringing this bloom into their homes, or better yet, opt for the faux version. 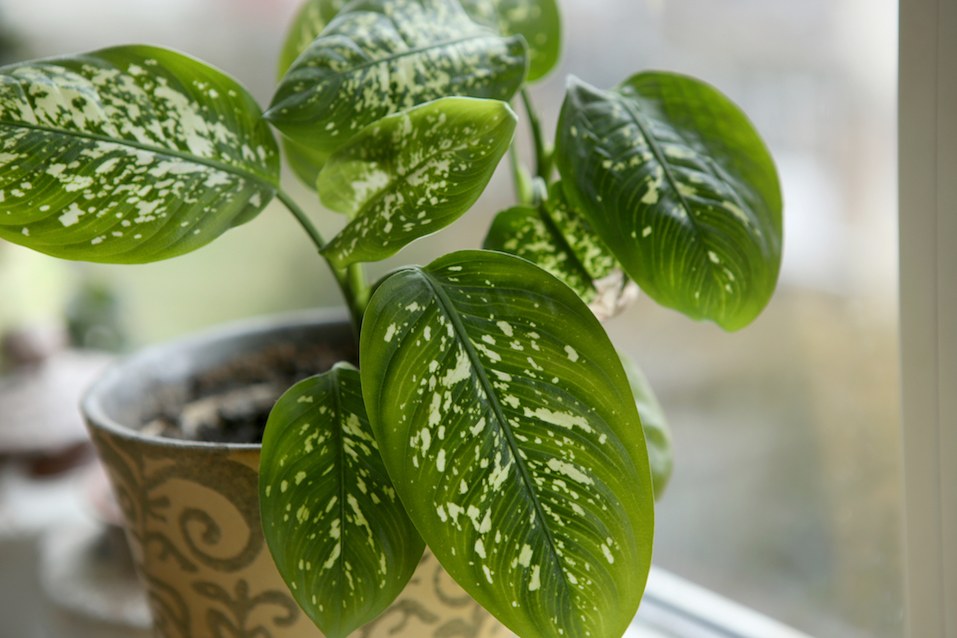 It is mostly just an irritant for adults, but is dangerous for kids and pets. | vaitekune/iStock/Getty Images

Sometimes called dumb cane, this tropical household plant causes serious issues when it’s ingested. Eating the leaves may constrict airways. Even touching one can lead to burning or itching thanks to needle-shaped oxalate crystals.

While the plant won’t cause more than painful irritation in adults, the effects are more severe for pet and children. 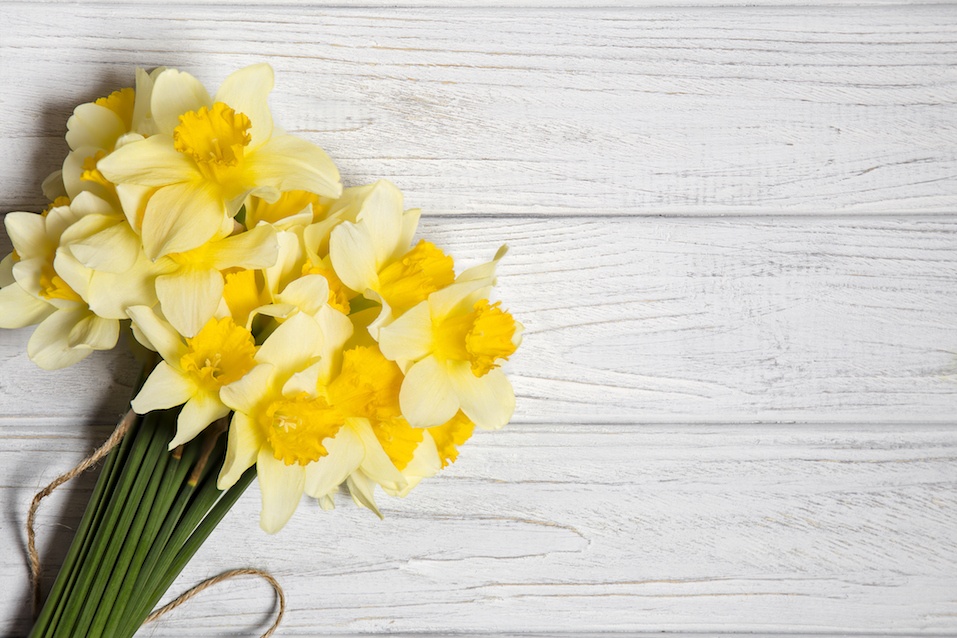 Have a dog who likes digging? Then keep him out of the garden where you planted daffodils. Ingesting the bulbs of this common flower can cause vomiting, diarrhea, convulsions, tremors, and cardiac arrhythmia in canines. 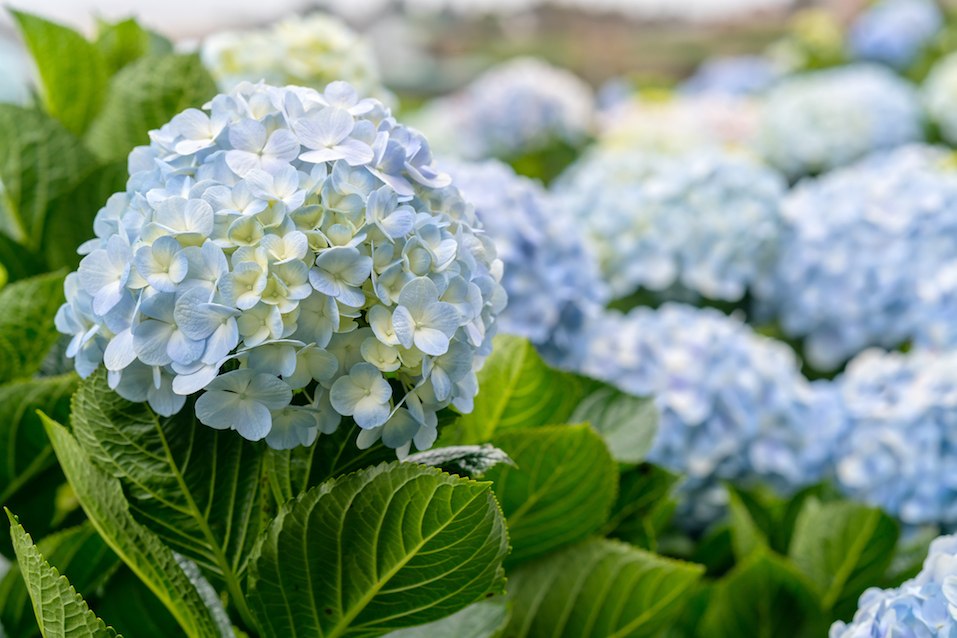 They can cause serious damage as they contain cyanide. | HuyThoai/iStock/Getty Images

You probably didn’t realize that these colorful blossoms contain a common poison: cyanide. Still, you’d need to eat a whole lot of leaves, buds, or flowers before they caused any serious damage.

Next: Rhododendron and azalea 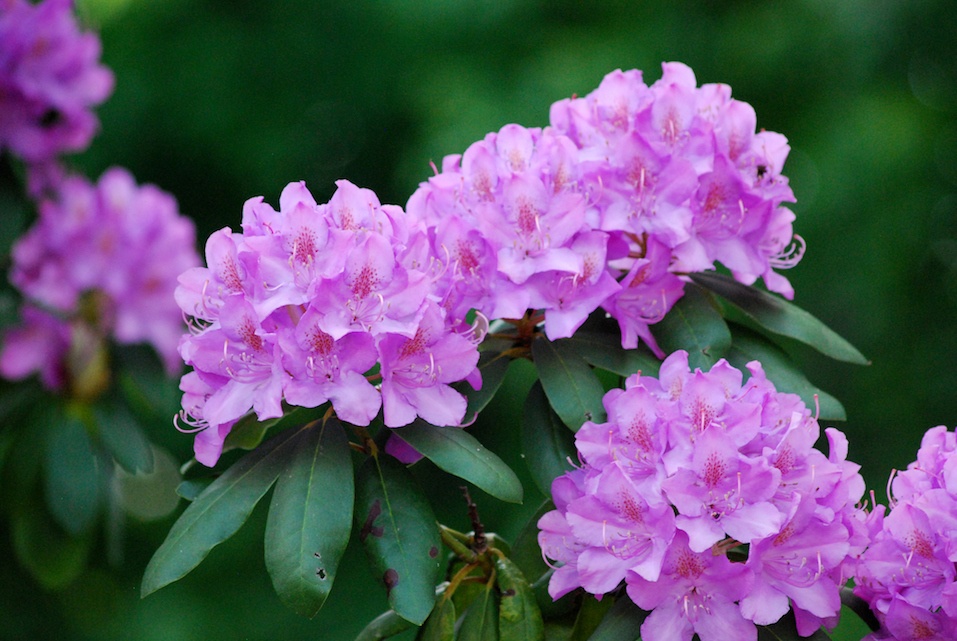 Eating the flowers can lead to serious consequences. | RandomPhotoGuy/iStock/Getty Images

The flowers on these plants are stunning, making them a popular choice for gardens. Just be careful about letting your little ones play near them unattended.

Eating the flower, stem, or leaf could lead to symptoms including abdominal pain, trouble breathing, paralysis, coma, or even death. 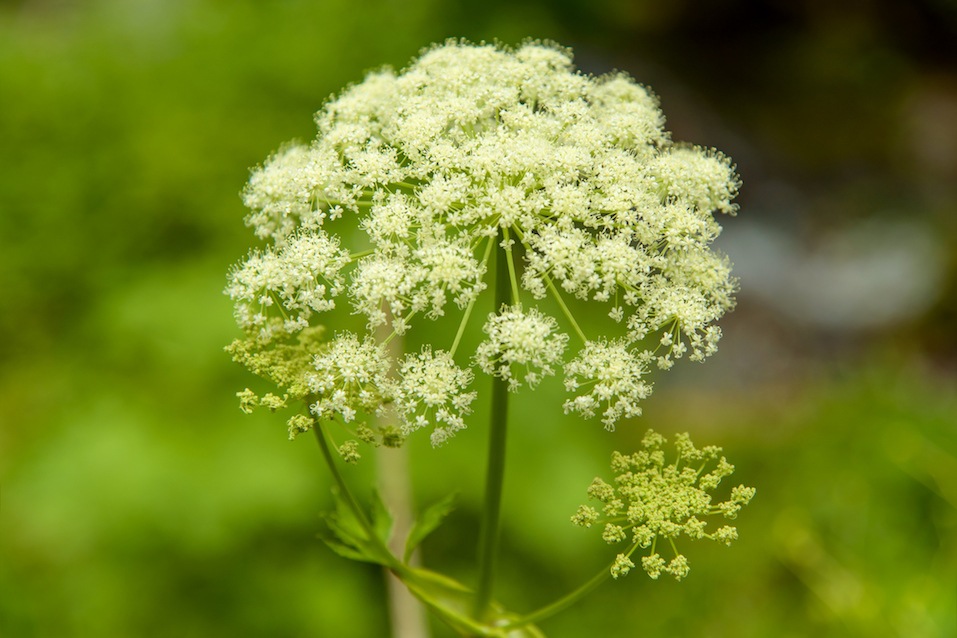 You can spot these weeds all over. | scisettialfio/iStock/Getty Images

You wouldn’t plant these common weeds on purpose, but they’re likely to spring up in your yard just the same.

The problem is that the hemlock’s toxin smells like carrots, which attracts curious kids and pets. Since it attacks the nervous system, ingesting even a small amount could prove fatal. 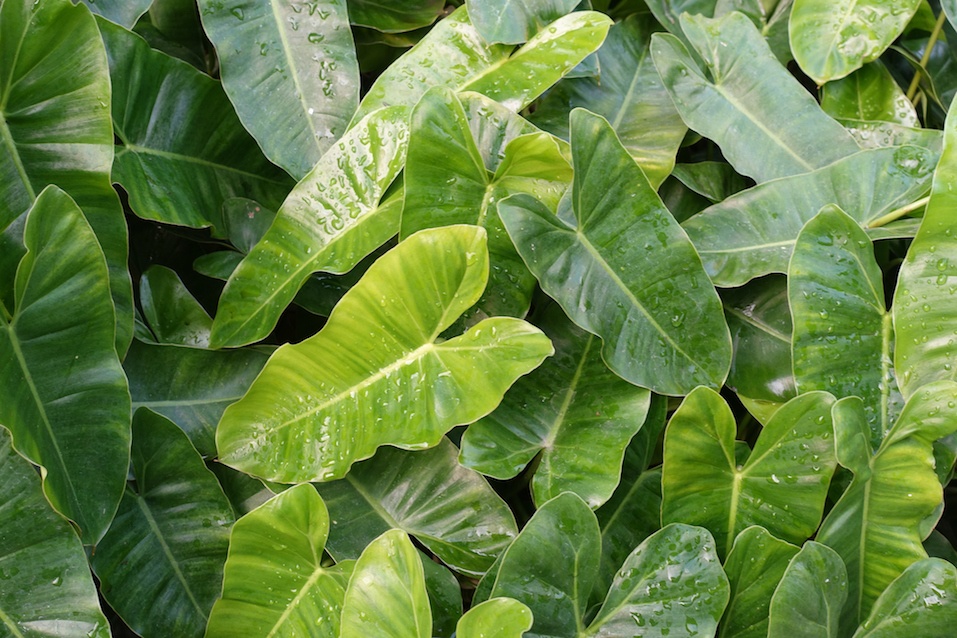 They’re more annoying than anything, but still serious. | kaew6566/iStock/Getty Images

The most common physical ailments when this plant is ingested are more annoying than dangerous. But still, severe reactions are possible, and you should keep these household plants out of reach from kids and pets. Throat swelling, difficulty breathing, burning sensations, and stomach pain are all symptoms you shouldn’t ignore. 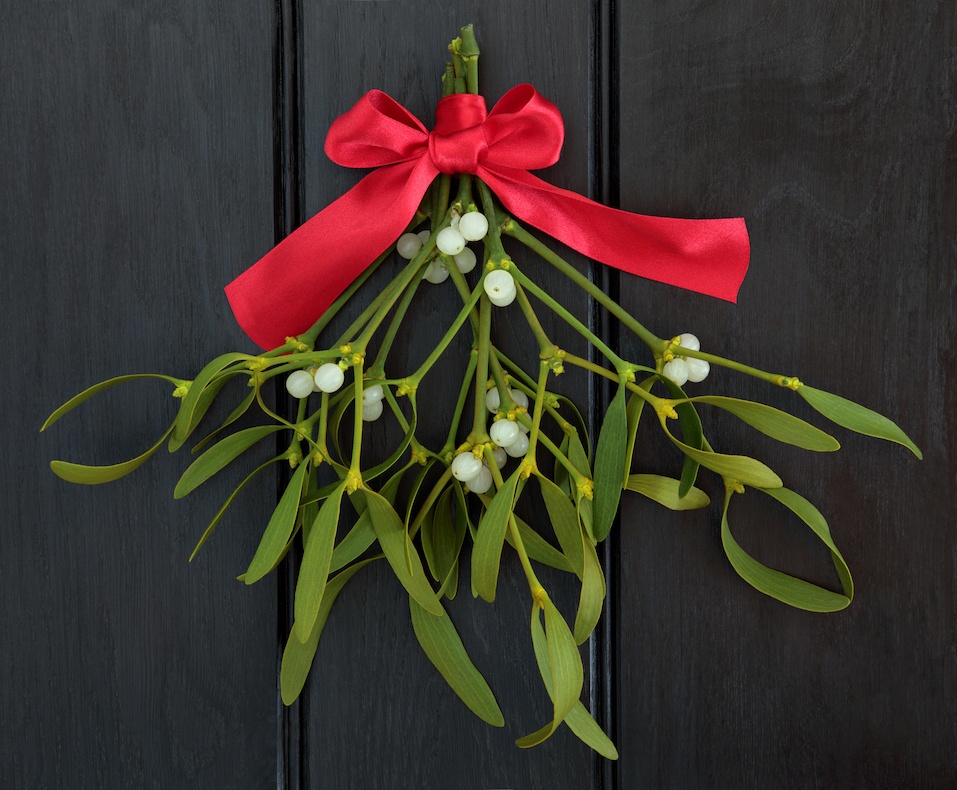 Standing under it to smooch is fine, but eating it could cause a bunch of problems. This popular holiday plant can cause slowed heartbeat, hallucinogenic effects, and digestive issues. It’s especially dangerous for your pets.

Read more: Never Ignore These 15 Hidden Signs of Danger in Your Home