There are a handful of dog breeds out there that just can’t help but to excel in competition. Some for their agility, some for their beautiful coats, and some for their charisma, these breeds are always dog show winners.

Poodles have always done well in dog shows. They’re elegant, intelligent, and easy to love. Originally bred to hunt and retrieve ducks, today, poodles are show dogs through and through. They won Best in Show at the Westminster Kennel Club four times (1935, 1958, 1973 and 1989).

Next: This breed has a reputation for performing well at dog shows.

Even more so than the Scottish terrier, wire fox terriers have a reputation for performing exceedingly well at dog shows. Known for their agility, charisma, and happy attitudes, this breed has won Best in Show at Westminster a whopping 13 times.

Next: This dog is known for its agility and grace.

The Sealyham Terrier is known for its agility, hard work, and grace. Though stubborn, they’re very intelligent dogs, making them surprisingly successful in their training. They’ve also won The Westminster Kennel Club Best in Show award four times (1924, 1927, 1936 and 1977).

Next: A noted favorite among U.S. presidents

Next: This breed was once considered sacred in ancient China.

They have a stubborn streak. | GlobalP/iStock/Getty Images

Once regarded sacred in ancient China, the Pekingese breed also tends to do well in dog shows. Though these dogs have a stubborn streak, once trained, they’re capable of learning some pretty impressive things. With their intelligence, regal attitudes, and fabulous fur, it’s no wonder they’re dog show favorites.

Next: This breed was originally bred in Germany to be guard dogs.

Doberman pinschers are incredibly regal dogs — it’s no surprise they perform well in dog shows. They were originally bred in Germany to be guard dogs, which explains their very athletic bodies. They, too, won the Best in Show award at Westminster’s four times (1939, 1952, 1953, and 1989).

Next: This breed won Westminster four years in a row.

Another terrier makes the list! The smooth fox terrier is known for agility and quick reflexes (and they make excellent hunting companions). At Westminster, they won Best in Show four consecutive years (1907, 1908, 1909, and 1910).

Next: A dog known for his muscles and athleticism

Boxers are another muscular, athletic dog who frequently performs well in dog shows. “The Westminster Kennel Club certainly liked the cut of this member of the Working group’s high-spirited and responsive nature, enough for this breed to walk away with four wins,” says PetMd.

Next: This breed was originally bred to hunt and retrieve small game.

Whippets have also been known to win their fair share of dog shows. Bred to hunt and retrieve small game, they’re known for their agility and slender, muscular bodies. Though whippets have only won Westminster’s Best in Show award one year, they’re always worthy contenders.

Next: This breed makes for an affectionate family dog.

They’re known for their energy and affection. | daveldman/iStock/Getty Images

The Brittany breed also has success in dog shows. Brittanies are known for their high energy, companionship, and affection. With their sweet eyes and beautiful white and copper coats, it’s no wonder they’re seen as dog show favorites.

Next: This breed also won Best In Show four times at Westminster. 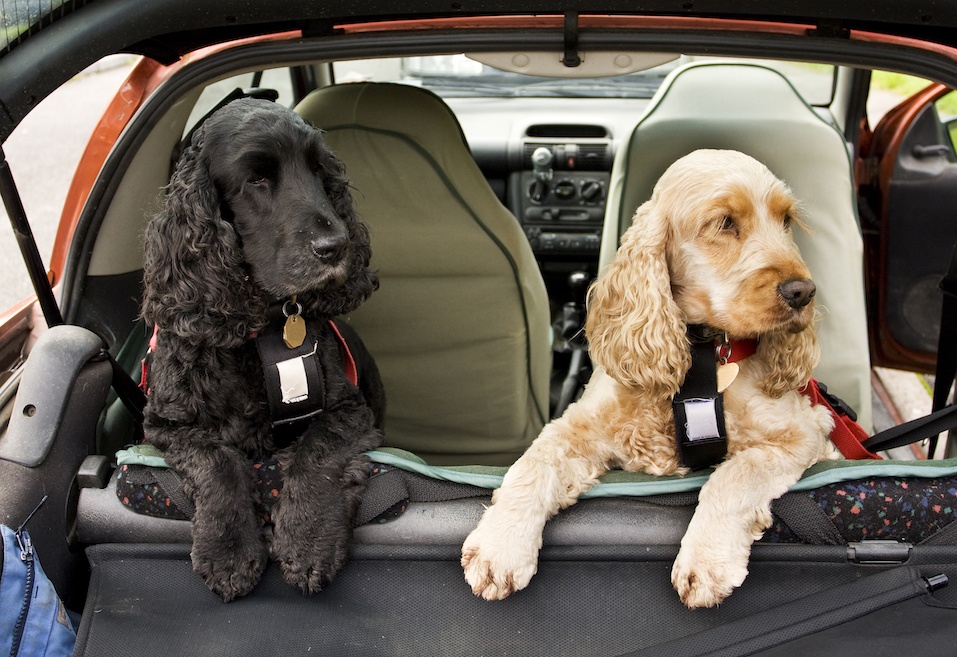 In some dog shows, such as the Westminster Kennel Club competition, American cocker spaniels are sorted into three different categories: black, parti-colored, and any solid color that isn’t black. Though small, this breed has won the sporting group Best in Show prize four times at Westminster.

Next: This small breed excels in agility and obedience.

Their personality comes out at dog shows. | Tsik/iStock/Getty Images

Pomeranians are another dog show favorite. Just by looking at them, you can tell this breed thrives at dog shows. Pomeranians are known for being “compact, active, and capable of competing in agility and obedience or simply being a family friend.”

Next: A crowd favorite

They’ve never won at Westminster, but it’s only a matter of time. | Studio-laska/iStock/Getty Images

Though a Boston terrier’s never actually won Best in Show at Westminster, they’re always a favorite to win. Besides being Westminster crowd favorites, Boston terriers are also regarded as one of the most popular small dog breeds you can own.

Next: This breed is always a judge favorite.