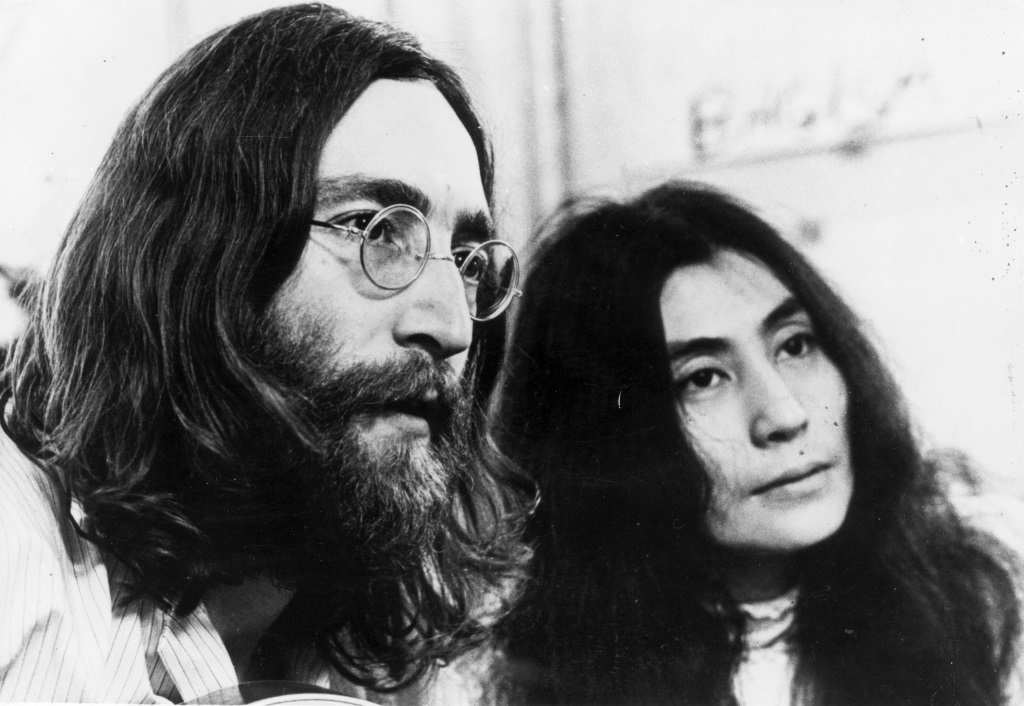 The enduring image of John Lennon depicts the ultimate peace-loving hippie — a man who could only “imagine” a perfect future without possessions, greed, hunger, and war. The world remembers him as a musical genius who loved deeply, expressed himself fully, and was eventually martyred for his ideas.

But as with most things, the truth about Beatles frontman John Lennon is much more complicated than it first appears. The story of the real Lennon — a deeply troubled, complicated, and even depressed musician who took out his aggression on his loved ones — came to light when a letter from his longtime housekeeper was discovered and published. The letter shows a very different man than the righteous victim who’s remembered with reverence.

Let’s take a quick look at the revealing details of why Lennon was actually a terrible person, including his troubling childhood (No. 7).

1. He was a serial cheater

Studies show that as many as 22% of men cheat on their partners — still, that’s no excuse for the pain John Lennon inflicted on the women in his life.

He frequently cheated on his first wife, Cynthia Powell, with scores of different partners. Powell gave birth to Lennon’s only son after he impregnated her while she was renting out his childhood bedroom in Liverpool.

Lennon’s most famous affair was with Japanese artist Yoko Ono. He got her pregnant, too, though she later miscarried. He divorced Powell to wed Ono but did not quell his philandering ways.

He could be an abusive father. | Harry Benson/Express/Hulton Archive/Getty Images

Julian was a sensitive child, but that didn’t stop his father from criticizing or even physically abusing him. The housekeeper’s letter reveals that in rare times when the singer was around, he’d often lash out against Julian for small offenses such as poor table manners.

Next: He did drugs and didn’t care who knew about it.

3. He left drugs ‘lying around the house’ 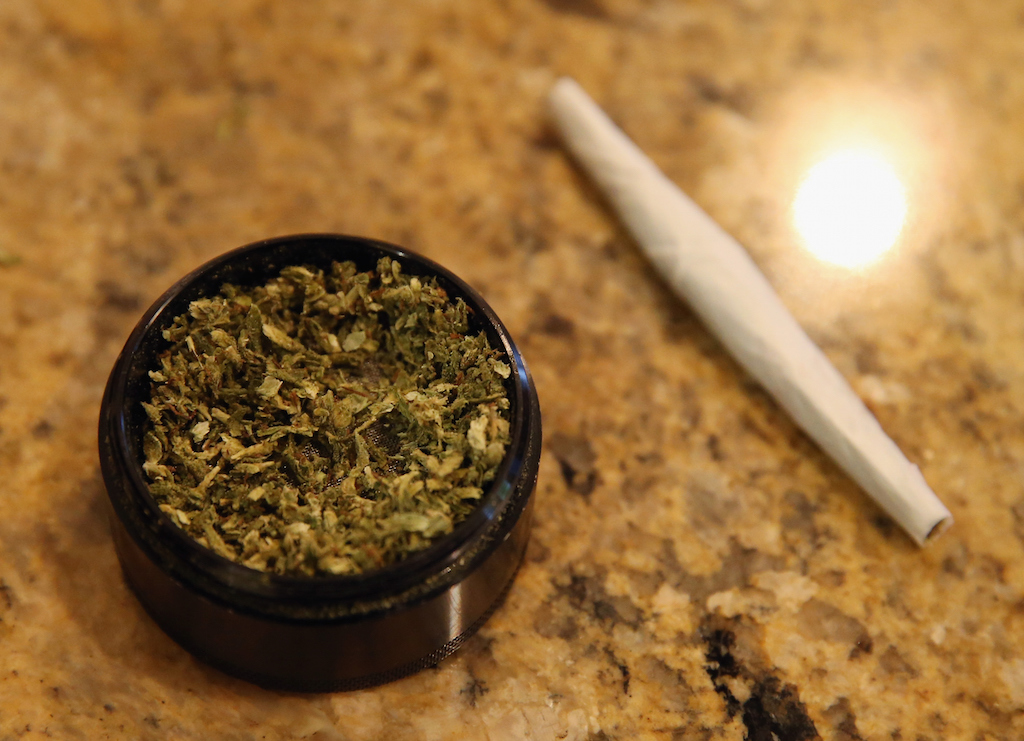 He would smoke it around his young son. | Bruce Bennett/Getty Images

Like so many musicians, John Lennon frequently indulged in illegal substances. The housekeeper confirms that even though there was a small child present, Lennon would leave drugs and paraphernalia “lying around the house.” In an interview, Lennon admitted that at one point he was, “smoking marijuana for breakfast.”

Next: His relationship with Ono was troubled.

4. Lennon was controlling and obsessive toward Yoko Ono

He was controlling of her. | Dennis Oulds/Central Press/Hulton Archive/Getty Images

That famous photo of their “Bed-in for Peace” portrays John and Yoko as a deeply loving and committed couple. But in real life, he was an obsessive, jealous partner. The public blamed Ono for “destroying” the Beatles by distracting the singer from his bandmates and eventually causing them to break up, but sources say he was the instigator behind the co-dependent relationship.

Lennon would often force Ono to accompany him everywhere, including to band practice and even to the bathroom. She later said his eventual affair with the couple’s assistant May Pang was a relief because it toned down his constant surveillance.

Next: He was probably depressed.

5. He most likely suffered from depression

He went through struggles with depression. | Harry Benson/Express/Getty Images

A 1980 Playboy interview was published 2 days after Lennon’s death. In it, he talked about how 1965 was his “fat Elvis period.” He even said the song “Help!” was a literal cry for help during a period that he felt “fat and depressed.” Lennon talks about going through times of “deep depressions where [he] would like to jump out the window.”

Next: He was also full of himself.

6. John Lennon had a huge ego

His ego sometimes got the best of him. | Harry Benson/Express/Getty Images

In a strange paradox, Lennon was both depressed and full of himself. One of his most controversial remarks happened when he claimed to be more popular than Jesus.

In the interview, Lennon said, “Christianity will go. It will vanish and shrink. I needn’t argue about that; I’m right and I will be proved right. We’re more popular than Jesus now. I don’t know which will go first, rock ‘n’ roll or Christianity. Jesus was all right but his disciples were thick and ordinary. It’s them twisting it that ruins it for me.”

Next: This is part of the reason for his issues.

7. He had a disturbing childhood

A lot of his problems relate to childhood. | Pictorial Press/Getty Images

The question remains: why was John Lennon so internally troubled? It all goes back to his childhood.

Lennon was abandoned by his father and never got over it, which could help explain his own shortcomings as a parent. He also felt sexual desire toward his mother during his teen years and once said in an interview that he regretted not pursuing a physical relationship with her because, “Presumably, she would have allowed it.”

Still, even the worst upbringing isn’t a free pass to treat people however you want later in life. John Lennon was a revolutionary, but he was also a troubled soul with quite a few inner demons.

Next: We would rather remember Lennon for these songs.

The Beatles touched on drugs a few times in their songs, but even the heroin-addled “I’m So Tired” can hardly compare to the disturbing, bluesy portrait of drug withdrawal Lennon offered with his 1969 single “Cold Turkey.” The song is built around a thundering bass line, drumbeat, and distorted guitar riff, giving it the sort of edge only he could provide, along with stark lyrics about the hellish reality of coming clean. It might be a fun blues-rocker if it wasn’t so fascinatingly bleak as well.

Next: The first solo single from a Beatle to sell more than a million copies.

The first solo single from a Beatle to sell more than a million copies in the U.S., “Instant Karma!” is an amazingly promising start to Lennon’s solo career, the product of a speedy 10-day recording and release process that clearly demonstrated Lennon didn’t need Paul McCartney to pen a catchy and original pop hit. Phil Spector’s wall-of-sound approach characterizes the rich piano-based recording, but the true highlights are Lennon’s lyrics and vocals — powerful, uplifting, and life-affirming at a time when many Beatles fans probably needed to know things were going to be alright.

Next: His childhood inspired this song from his solo debut.

The only single from John Lennon’s solo debut (not counting a few experimental albums released with Yoko Ono during the Beatles’ run) is an affecting emotional experience wherein he sings to the dead mother who abandoned him for much of his childhood, bidding her an emotional and bittersweet farewell through song. The clean production pulled along by lonely piano chords and a plodding drumbeat make this a showcase for Lennon’s soulful voice, and the personal lyrics demonstrate the therapeutic, cathartic approach to songwriting that shines on Plastic Ono Band.

Next: Honest emotion is the key ingredient in this song.

Lennon’s second post-Beatles album Imagine sounds sweet and sugar-coated compared to the rough Plastic Ono Band, but the production and balladry of Imagine can’t dull the honest emotion of a song like “Jealous Guy.” Beneath the sweeping loveliness of the string arrangement and tinkling pianos, this is a song about admitting fault and confronting the ugly parts of yourself in order to make a relationship work. The members of the Beatles matured on their own, and one can hear at least the beginning of Lennon’s maturation here.

Next: A simple pop song we love.

Forget all the emotional pain, turmoil, and political messaging. Even without all that, John Lennon could still pen one hell of a simple pop song, with or without his former band mates. “Oh Yoko!” finds Lennon flexing his pop muscles with astounding results, singing simple lyrics about his devotion to his wife with a rich tapestry of tinkling pianos and strumming guitars a little reminiscent of Highway 61 Revisited-era Bob Dylan, infused with the sort of irresistible melody you only get from a member of The Beatles.

Next: The final single from Double Fantasy.

The final single from John Lennon’s Double Fantasy was released posthumously, which must have made the lyrical ode to the simple joys of living life as a family man sting much more. Never one to be coy with his songwriting, Lennon takes on the questions of former collaborators and audiences head-on by beautifully explaining he would rather “watch the wheels” than immerse himself constantly in the music industry. It clearly shows Lennon’s evolution as a person who can now allow himself to be happy, and it’s one hell of a great tune too.

Next: This song showed he could still craft an original pop song.

Lennon’s solo records after Imagine and Plastic Ono Band couldn’t quite match the high standard he set for himself, but the single “#9 Dream” from his 1974 album Walls and Bridges showed listeners that he could still craft an original pop song. It’s an oddity among his work for the straightforward lyrics, recounting the details of a dream, and for the lush production style that might overwhelm a song that wasn’t so well-realized. Instead, the strings and layered backing tracks only help the song to soar.

Next: The best love song he wrote as a solo artist?

“We have grown,” Lennon sings on maybe the best love song he wrote as a solo artist, a direct reference to the personal growth that was consistently a touchstone on his best solo records. This is a love song not for the young but for the young-at-heart, as Lennon sings of joyously rekindling an old romance. It’s positively life-affirming, featuring doo-wop backing choruses and a toe-tapping beat that feels authentic and well-earned rather than cheesy or ingenuous thanks to Lennon’s iconic vocals.

Next: His songwriting voice really comes through here.

Plastic Ono Band is an album of spare but powerful compositions that allow John Lennon’s songwriting voice to shine better than any other album in his career, and few songs are as spare or as powerful as the delicately strummed “Working Class Hero.” His droning voice practically whispers over his acoustic guitar, here delivering a message more political than personal, fearlessly addressing the miseries of lower-class life and the perils of modern society, tossing in a few F-words for added impact and finally hinting at an uprising with the chilling final lyric “If you want to be a hero, then just follow me.”

Next: A popular staple of the holiday season.

This 1971 single has since become a staple of the holiday season, and it is indeed one of the best Christmas songs, primarily because it isn’t really about Christmas. Rather than focusing on trite old cliches, John and Yoko used the moving, rousing melody of the song as a platform to protest the ongoing Vietnam War, hoping for an end to a bloody, unnecessary conflict with Lennon’s typical fearless honesty and political messaging. Ono and the Harlem Children’s Choir carry the song’s chorus, but it’s Lennon’s unadorned voice saying “So this is Christmas” that packs the most punch, no matter what time of year.