Hosting the 2018 World Cup in a country like Russia comes with a host of disadvantages for players — especially when it comes to travel.

As the largest country in the world, Russia has spread the tournament’s matches across 12 stadiums and 11 cities. Although it’s normal for a team to travel from city to city during the World Cup, the 2018 tournament is a whole different beast.

Thanks to Russia’s astronomical size, some teams are expected to travel as much as 5,288 miles to get to and from their matches in the group stage alone. Given the fact that some teams only have to travel a total of 761 miles, the varying distances are viewed as a major disadvantage for certain teams.

According to the Wall Street Journal, the distance each team has to travel is based on the round-trip distance between a team’s base camp and first two matches, plus the one-way trip to their third game in the group stage.

Curious to know which teams are at a heavy disadvantage in the 2018 World Cups games? We take a look at the top teams with the biggest travel commitments, ahead.

South Korea might have all-star players like Son Heung-min, but that doesn’t mean they have the upper hand in the group stage. With the team’s base camp in St. Petersburg, the South Koreans will have to travel a total of 3,806 throughout the first round of games.

Denmark is also at a disadvantage and will travel a total of 3,852 from their base camp in Anapa to their first three matches in the group stage. That said, it doesn’t seem to phase the team, as they won their first match.

Compared to other countries in the 2018 World Cup, Poland is not that far away from Russia. That said, the team’s base camp puts them in third place for most miles traveled during the group stage. With their base camp in Sochi, Team Poland is expected to travel a total of 3,990 throughout the course of their first three games — ouch! 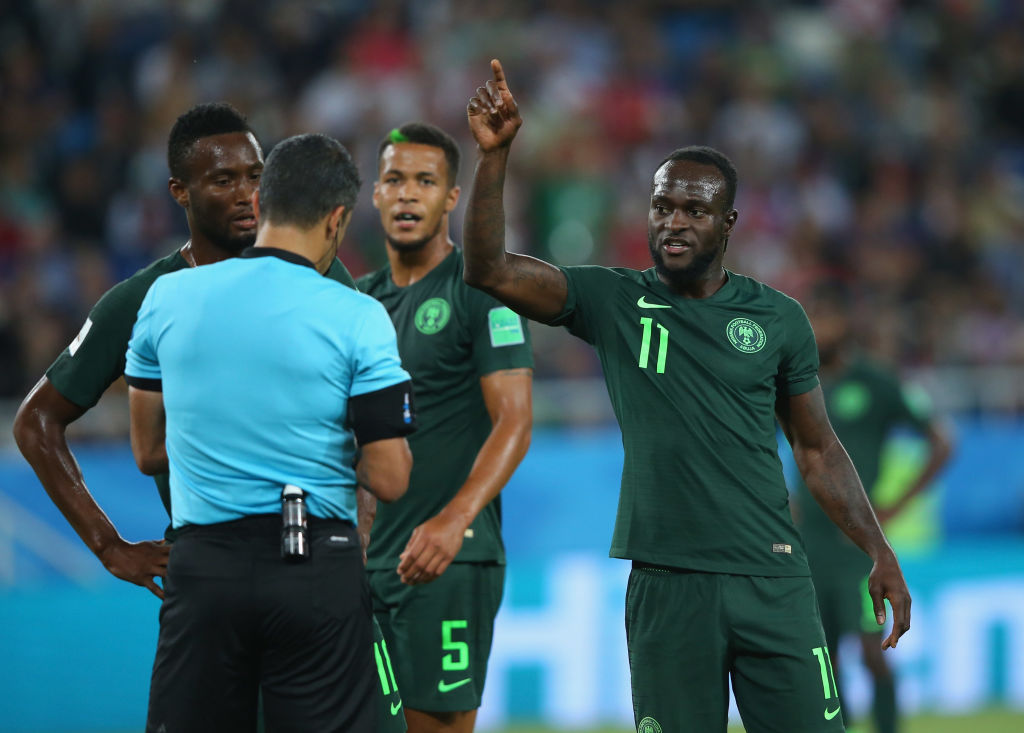 Victor Moses of Nigeria argues with referee Sandro Ricci as he awards a penalty to Croatia during the 2018 FIFA World Cup Russia group D match between Croatia and Nigeria at Kaliningrad Stadium on June 16, 2018 in Kaliningrad, Russia. | Alex Livesey/Getty Images

Runner-up for the most disadvantaged team in the 2018 World Cup tournament? Nigeria. Based in Essentuki, Russia, the Nigerians are expected to travel a whopping 4,286 throughout the first three matches alone. That said, the travel commitment might already be getting to them. The team lost 2-0 against Croatia in their first match on Saturday, June 16, 2018.

The team with the biggest travel disadvantage in the 2018 World Cup? Egypt. The team’s base camp is in Grozny, Russia, which means they will have to travel a total of 5,288 miles round-trip just to play their first three opponents. That said, it looks like the travel commitments are already getting to them, as the team lost its first game.