7 Things PETA Hates That You Probably Hate, Too

Most people know PETA as the animal-loving group that takes extreme measures to eradicate animal cruelty. While not everyone is on board with going vegan, there’s so much more to the organization than throwing red paint on people wearing fur coats. And the truth is, most folks would probably agree with some — or most — of its causes.

Aside from the People for the Ethical Treatment of Animals‘ efforts to abolish animal slaughter for food, the cruel production of fur, and unnecessary animal testing for beauty products, here are seven things PETA hates that you probably do, too.

1. Running of the Bulls 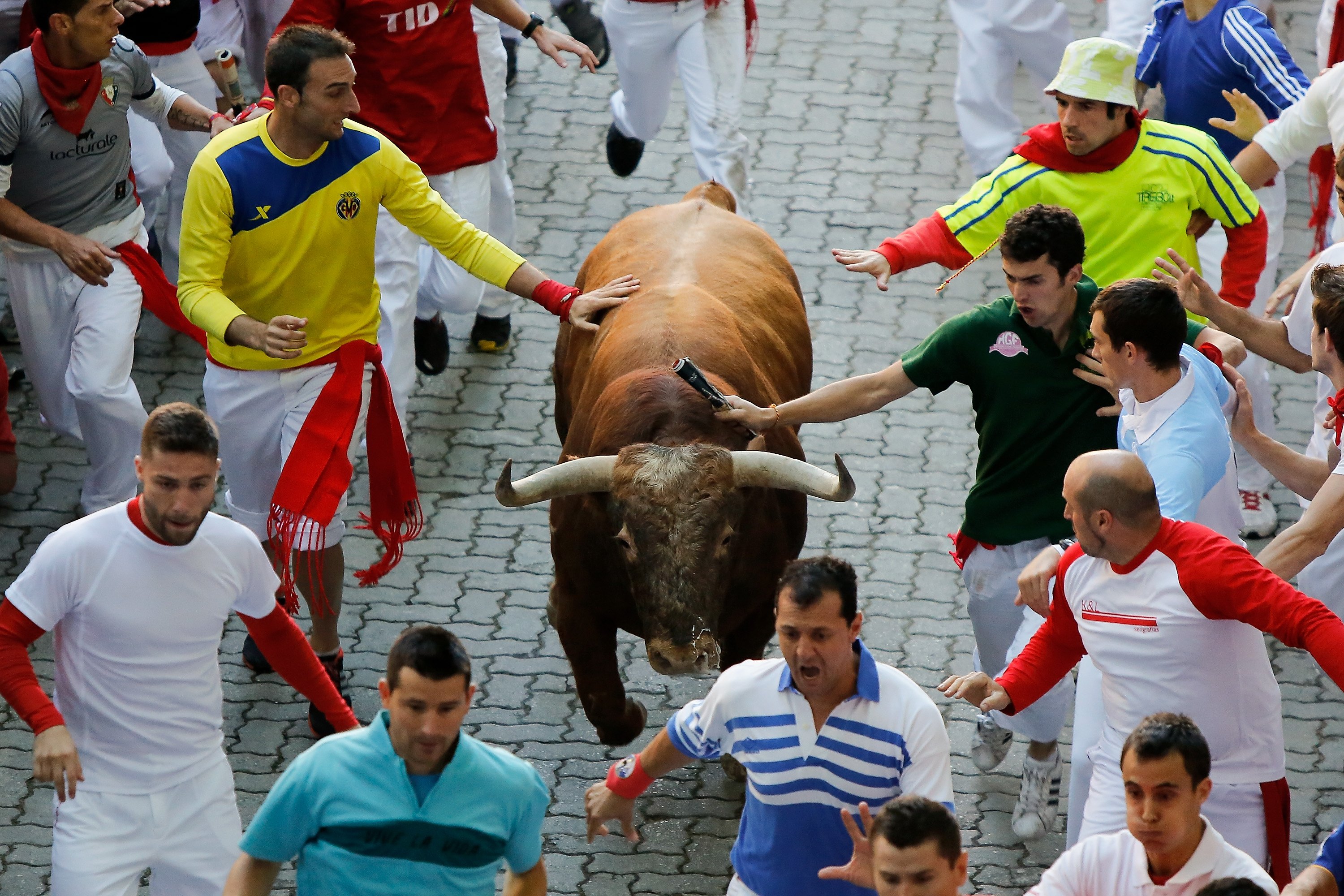 Whether you’re for it, against it, or totally indifferent, you’re probably familiar with the Running of the Bulls. And though it might not affect you personally, hearing the facts might change your opinion on the matter.

The annual event takes place in Pamplona, Spain, during which bulls run through the city before being slaughtered in the bullring. Thanks to the efforts of protesters, the outcry is being heard. In 2016, for instance, following a demonstration by protesters from PETA U.K. and other animal-protection groups, the city’s mayor spoke out against the festival for the first time.

“[T]his is a debate that sooner or later we will have to put on the table,” he said. “For a very simple reason, and that is that basing the festival on the suffering of a living being, in the 21st century, is something that, at best, we have to rethink.”

Next: This childhood memory isn’t so nice after all. 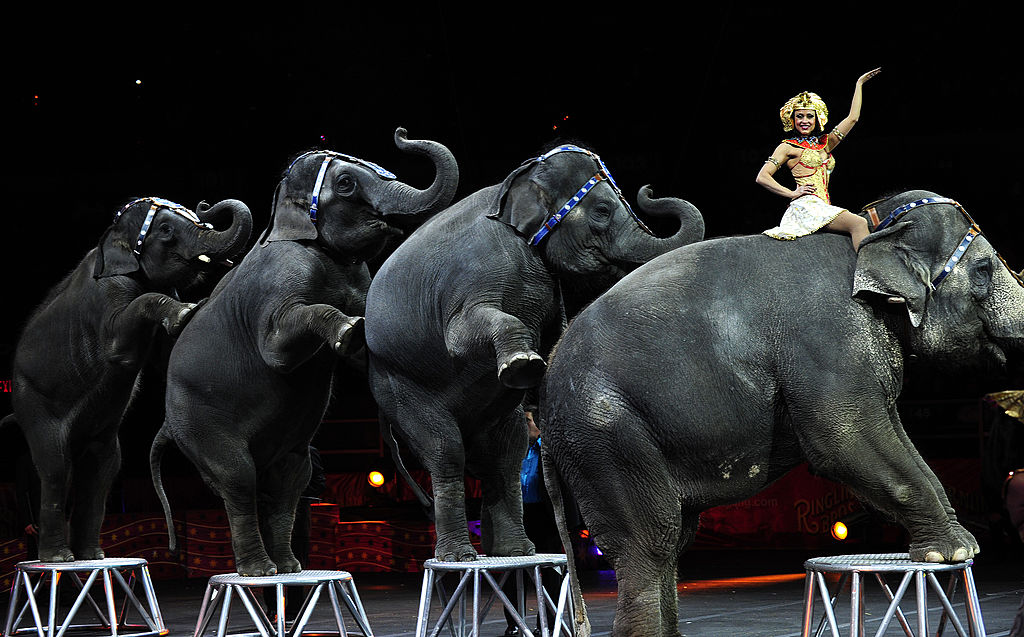 The cruelty during training was recently unmasked. | Emmanuel Dunand/AFP/Getty Images

Most of us have some memory of going to the circus as a kid. The performers, the cotton candy, the magic! What wasn’t so magical, though, was the harsh reality of life behind the big-top. That’s right, we’re talking about the wild animals-turned-circus show stars.

Thanks to the unending work of animal rights activists, there have been some victories. Ringling Bros. and Barnum & Bailey Circus gave its final elephant performance before taking all elephants off the road. The fight, however, is far from over. Lions, tigers, and other animals still need freeing from circus boxcars and cages.

Next: One documentary helped abolish a cruel practice at a well-known company.

3. SeaWorld and other aquariums 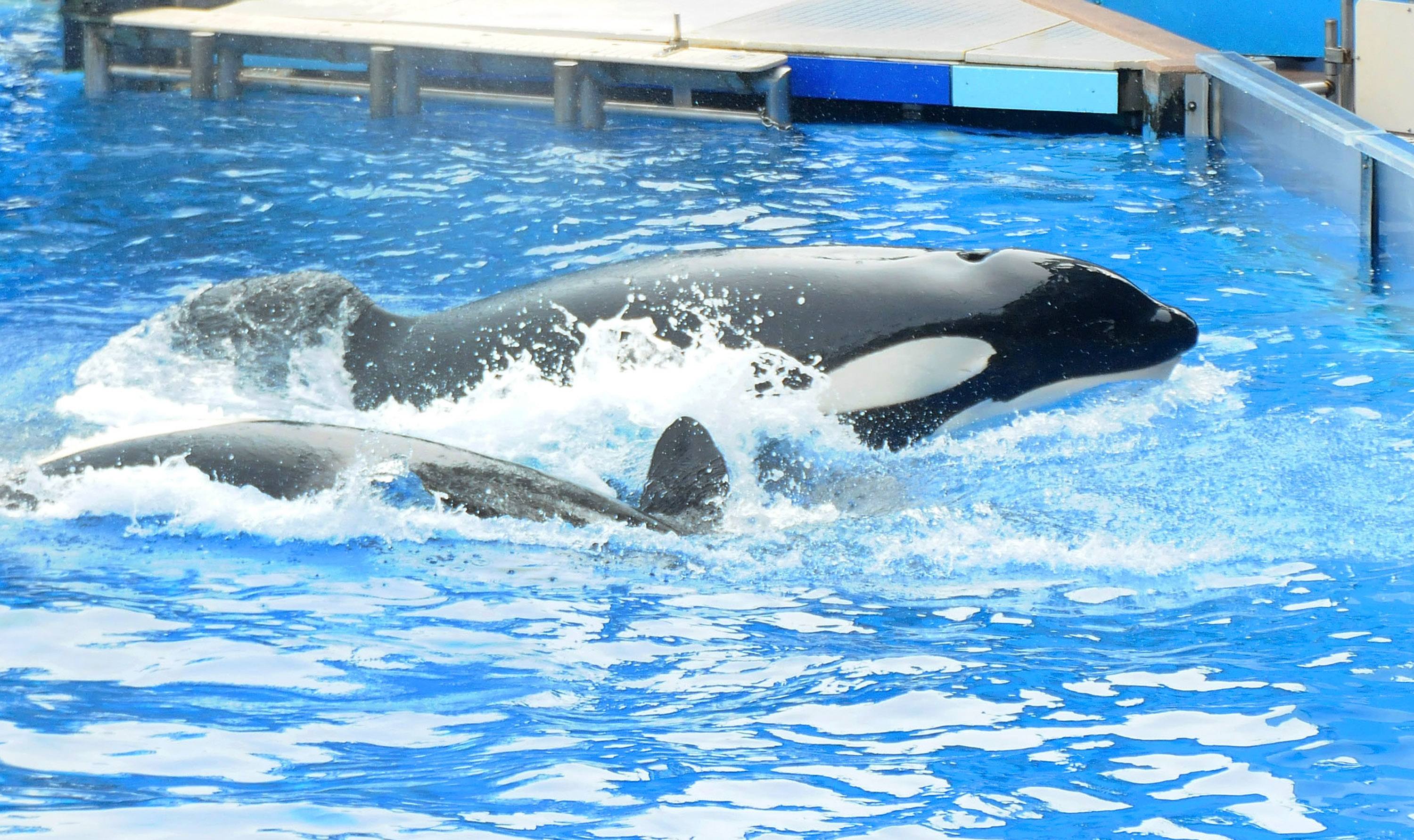 They’re not meant to swim in a tiny tank. | Gerardo Mora/Getty Images

Well before the rest of the world witnessed the horrors of orca captivity as documented in Blackfish, protesters were working hard to eradicate the money-making practice. Thankfully, in the wave of negative media attention, SeaWorld announced it would stop breeding orcas. And while this was certainly a huge win, orcas aren’t the only big fish who need saving.

Another well-known creature who’s often used as a money-making ploy? Dolphins. Whether they’re used for a swimming-with-the-dolphins experience or at an aquarium, it’s clear these animals are far from their natural habitat. And people are taking notice. The National Aquarium in Baltimore, for instance, announced plans to send dolphins to coastal sanctuaries. It’s a start.

Next: There should be no debate over just how cruel this event is.

4. The Yulin festival in China 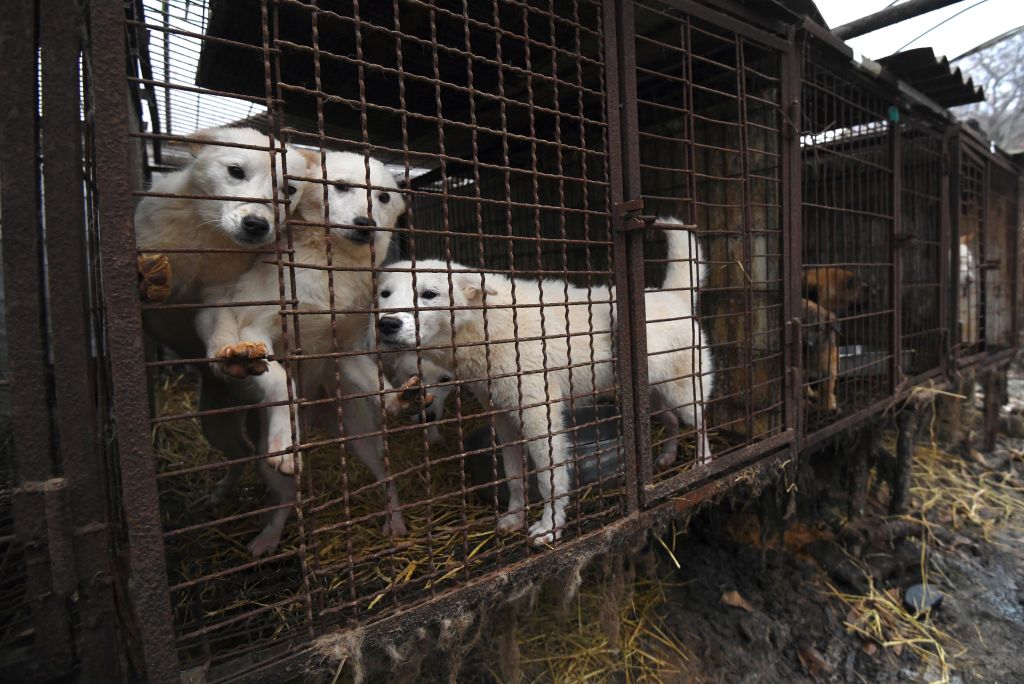 The dogs are brutally killed and eaten. | Jung Yeon-Je/AFP/Getty Images

It’s hard to believe there’s an event dedicated to torturing dogs and cats. Sadly, that’s the reality at the Yulin festival in China. Every year, thousands of dogs and cats are tortured, killed, and eaten. They’re caged, bludgeoned, and even skinned alive. It’s truly an unthinkable event — and one that needs to end for good.

If you want to help put a stop to this inhumane festival, visit StopYulinForever.org.

Next: Using animals for sport and money-making 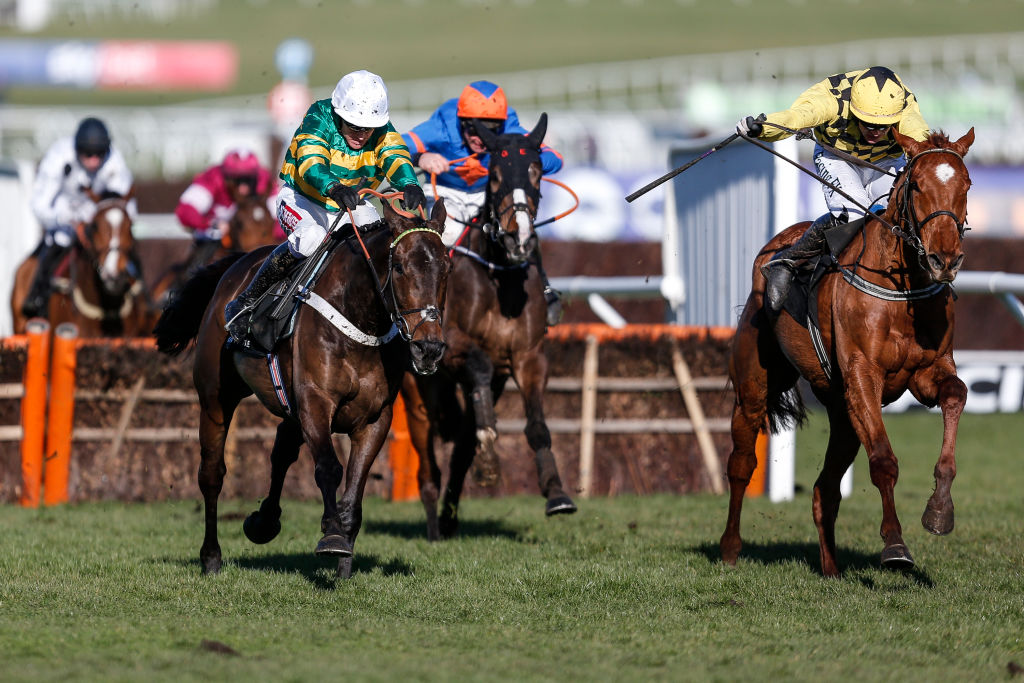 They’re often worked to the point of injury and death. | Alan Crowhurst/Getty Images

To the average consumer, attending a horse race is a chance to rub elbows with high society and drink mint juleps to the heart’s content. For winter enthusiasts, dogsled racing is a fascinating form of alternative transportation, not to mention a chance to spot adorable husky pups. And the Iditarod? Well, that’s a multi-day marathon that showcases the bond between man and canine.

All of these things, however, occur at the expense of the animals and their welfare. The truth is, these events are anything but safe. “So many people still don’t know that three horses die every day on U.S. racetracks or that dogs are literally run to death on the Iditarod trail,” PETA Executive Vice President Tracy Reiman told The Cheat Sheet via email. “PETA encourages everyone to speak up and tell their friends and family members why they’d never support any so-called ‘sport’ that uses animals.”

Next: A tourist trap that’s inhumane 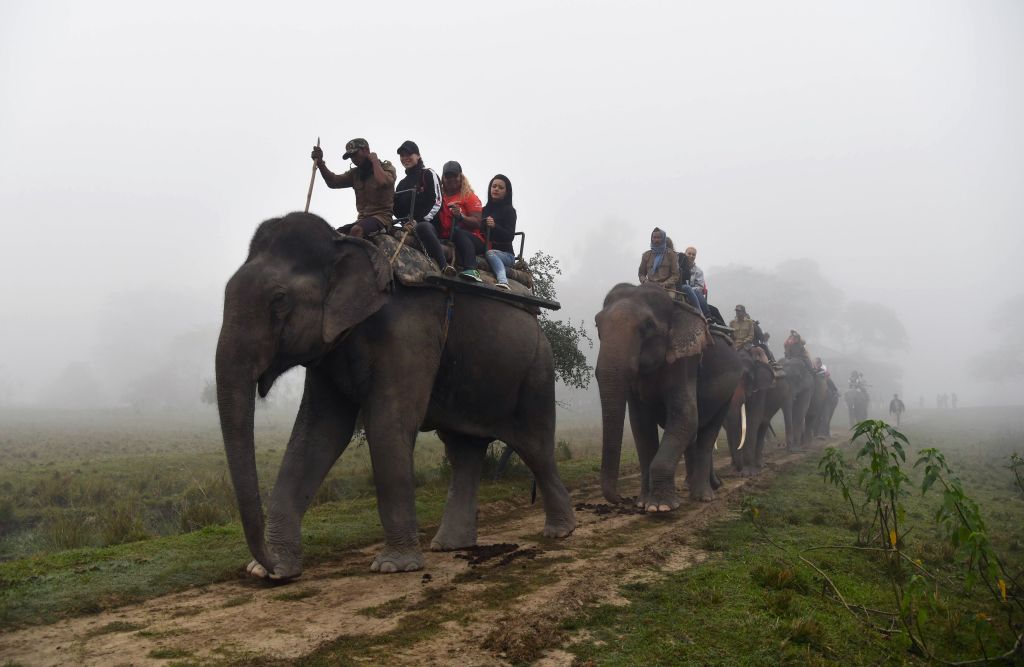 They only obey because of abuse. | Biju Boro/AFP/Getty Images

It always looks so grand. Ride an elephant; have the experience of a lifetime. But really, whom is it hurting? The innocent elephants, of course. “The only way to force an elephant to obey is through the threat of violence,” Reiman said. “PETA urges everyone to stay away from any circus or fair that uses elephants for performances or rides.”

When it comes to companies that use elephants for rides, it’s just not worth it — not to mention it’s a major tourist scam. Typically seen in places, including Cambodia, Thailand, and Vietnam, elephant camps claim to benefit the animals by “rescuing” them. But that’s far from the truth. In fact, young elephants are often taken from their mothers, tortured until they submit, and tightly chained when not serving as an amusement park ride for droves of tourists.

Next: How humane are these places, really? 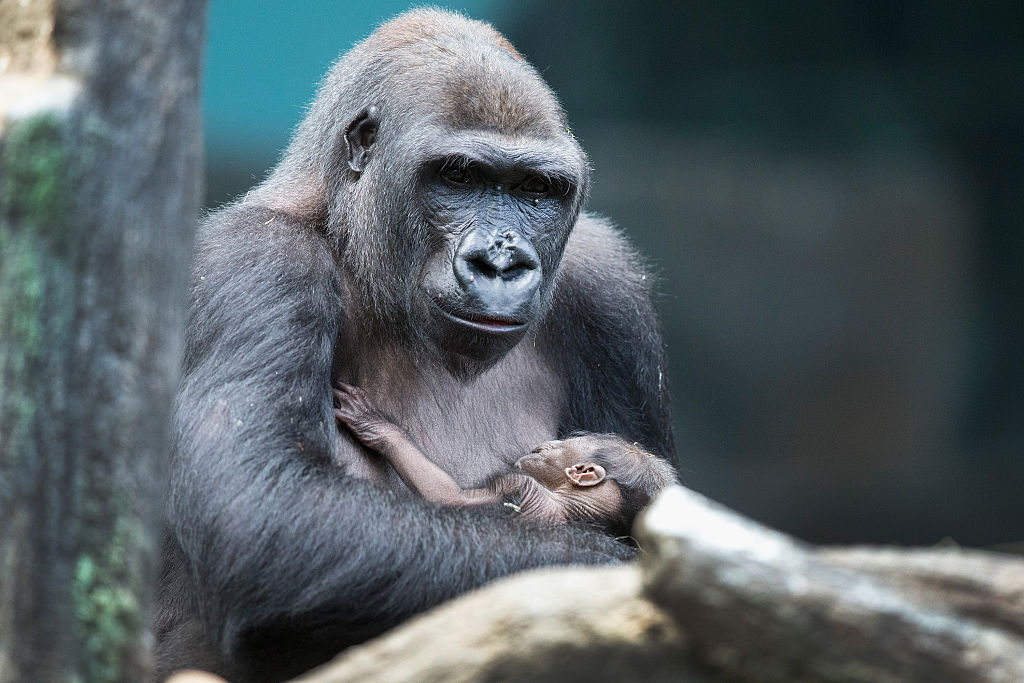 Many captive animals start to lose their minds from boredom. | Scott Olson/Getty Images

You wouldn’t normally get to see lions, zebras, or giraffes, so the zoo is the perfect place, right? Well, not so fast. Upon closer inspection, it’s easy to see just how unethical zoos can be.

Try as they may, zoos simply aren’t able to provide these wild animals the same living conditions as their natural environments. According to PETA, their living conditions can consist of tiny, filthy, barren enclosures. As the website reads:

This deprivation—combined with relentless boredom, loneliness, and sometimes even abuse from the people who are supposed to be caring for them—causes many captive animals to lose their minds. Animals with this condition, called “zoochosis,” often rock, sway, or pace endlessly, and some even resort to hurting themselves by chewing on their own fingers or limbs or pulling out their fur or feathers.

Sadly, this can result in zoo staff administering antidepressants.

For more information on violent events involving animals and what you can do to help stop them, visit PETA’s page about the worst festivals that still take place today.