President Donald Trump has been vocal about the cost of Air Force One. He wants to cut the cost of creating a new Air Force One by $1 billion. The U.S. Air Force and Boeing have different strategies on how to achieve this goal and still make the plane suit the needs of the White House. Find out how Trump wants to change Air Force One while cutting costs, ahead.

Cost is too high 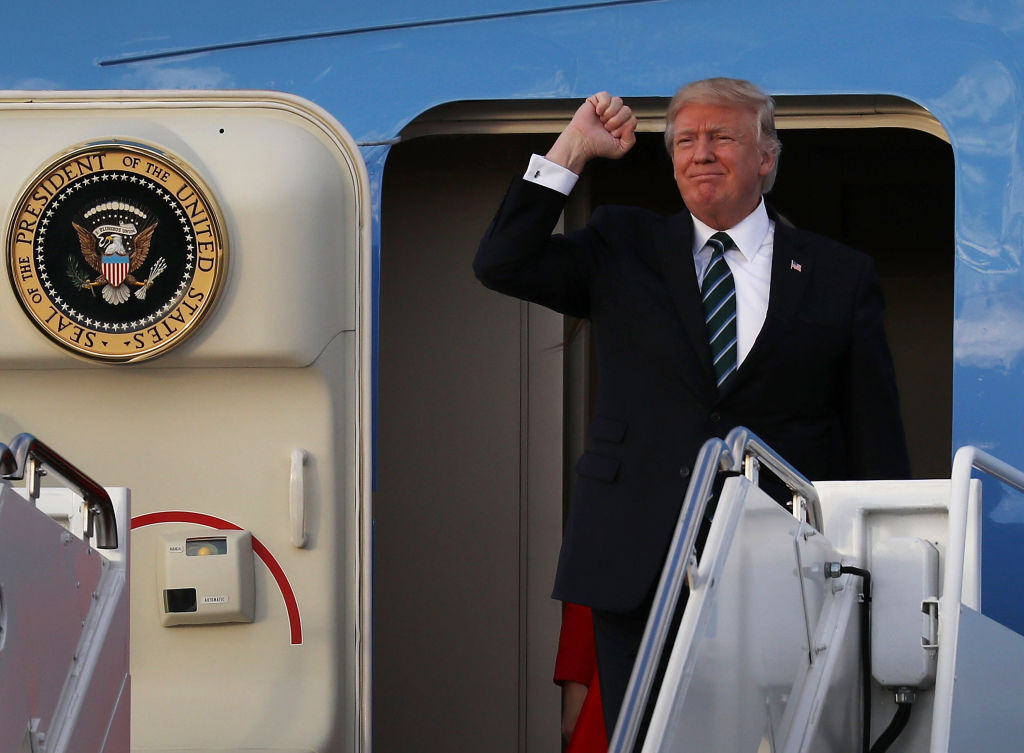 In 2016, Trump called the cost of Air Force One “out of control” on Twitter. He said outfitting a plane to create a flying White House would cost $4 billion. Trump planned on cutting costs for taxpayers by negotiating a lower price on a new Air Force One with Boeing. According to Twitter, Trump wanted to “cancel the order,” causing Boeing’s stock to plummet, The Drive says.

Why Air Force One costs billions 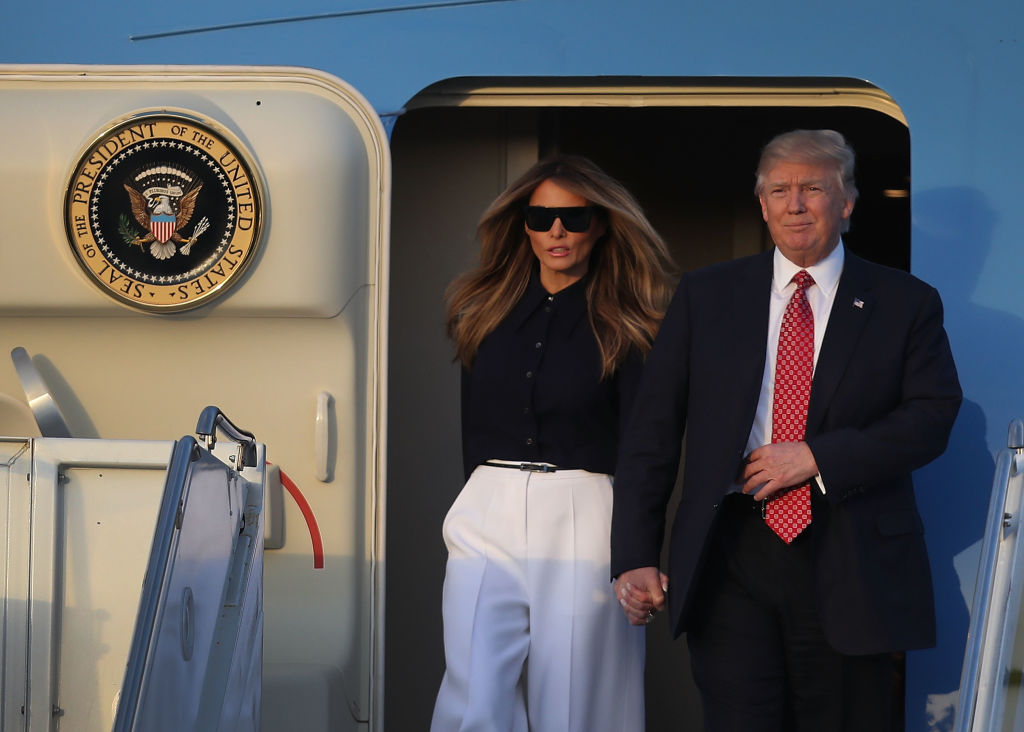 There is some intense security measures that go into it. | Joe Raedle/Getty Images

Making a plane secure for the president and White House staff is a tall order. According to The Drive, during a 2016 meeting, Boeing’s CEO presented Trump with four options, which were all turned down. “All these modifications and customizations, implemented in the appropriately secure facility with all personnel cleared to the highest level, drive considerable cost into the aircraft,” The Drive says. 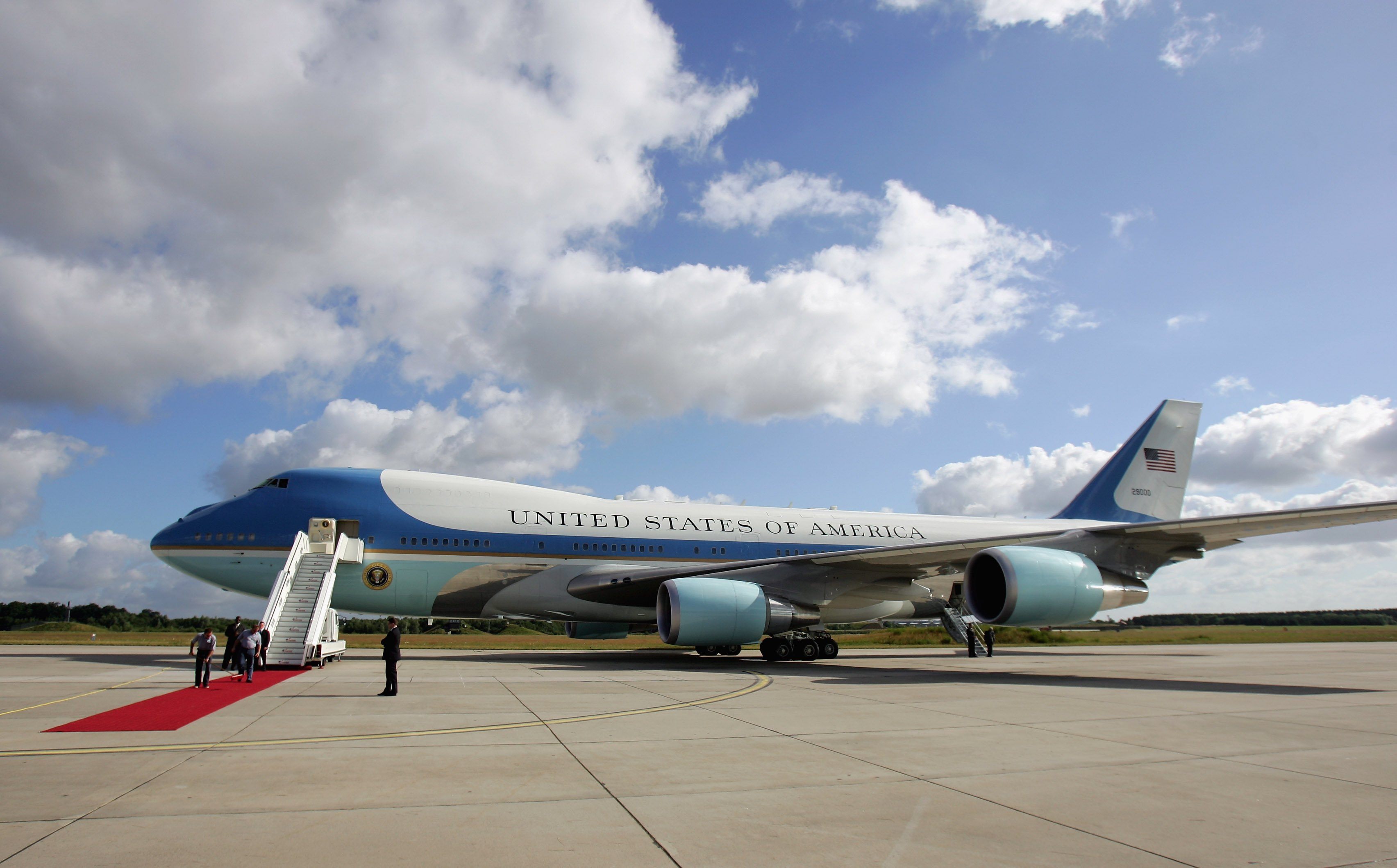 He wants it to be cheaper but bigger. | Andreas Rentz/Getty Images

Politico reported Trump still has issues with Air Force One. During a trip abroad, Trump met with the emir of Kuwait. According to Poitico, Trump “was very impressed by the emir’s plane but noted that it was longer than his — maybe even by 100 feet.” The additional 30 feet of added space to Air Force One may change in the future if Trump wants to have the biggest plane out of any world leader. According to the Independent, the new jets are 30 feet longer than previous ones. 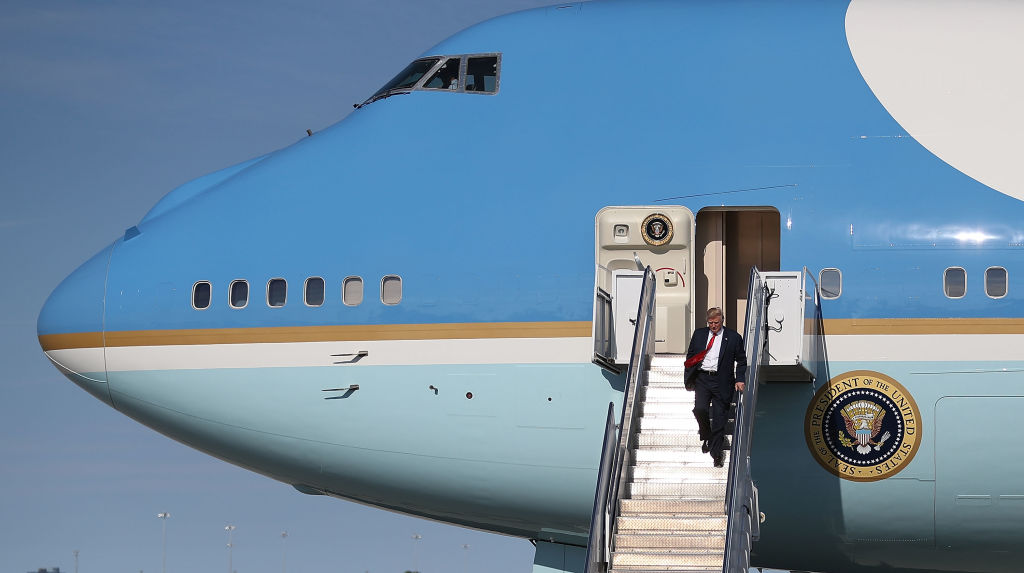 It’s not often used, but it could be essential. | Joe Raedle/Getty Images

Refueling an aircraft in mid-air wouldn’t be possible with future Air Force Ones. “Mid-air refueling is essential for the aircraft to be able to play its part in the “continuity of government” mission … and operate in the most demanding situations, including a nuclear apocalypse,” The Drive says. Sources told the publication no president has had to use the mid-air refueling feature. However, another source claimed he re-fueled Air Force One in mid-air while President George W. Bush was flying to Iraq to surprise troops. 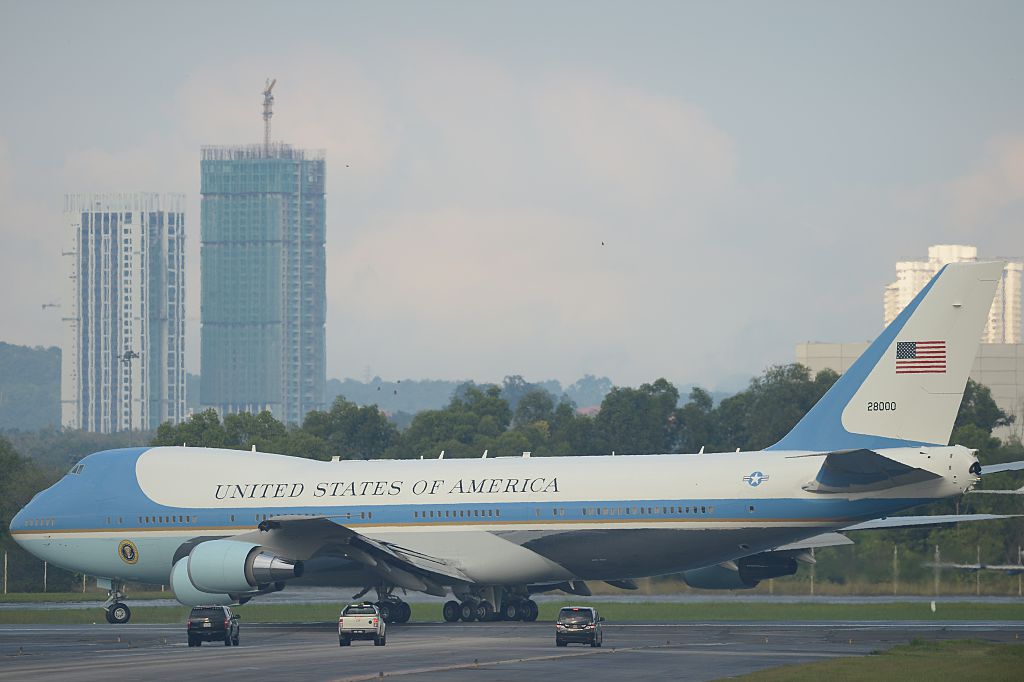 The new planes would use a commercial-grade climate control system. | Mohd Rasfan/AFP/Getty Images 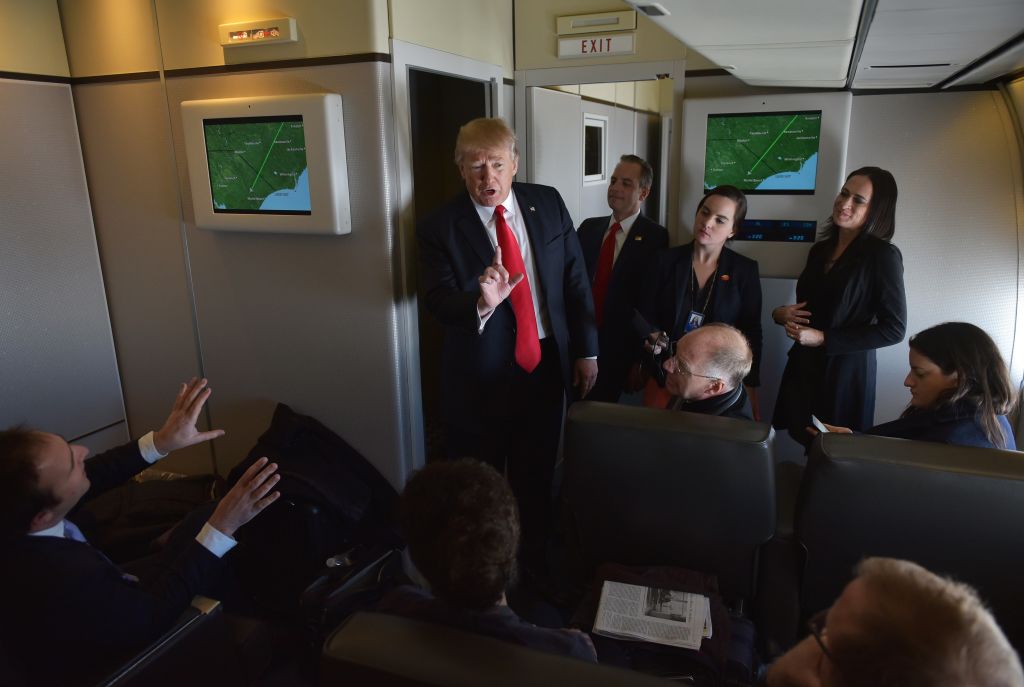 They apparently got a pretty sweet deal on the pair. | Mandel Ngan/AFP/Getty Images

In August 2017, Bloomberg confirmed the Air Force purchased two 747 Boeing jets. According to Bloomberg, the planes will be operational as Air Force One in 2024. The jets were made for a defunct Russian airline and supposedly the U.S. got a discount on the pair, though the purchase price will never be disclosed per Boeing’s contract, Bloomberg says. 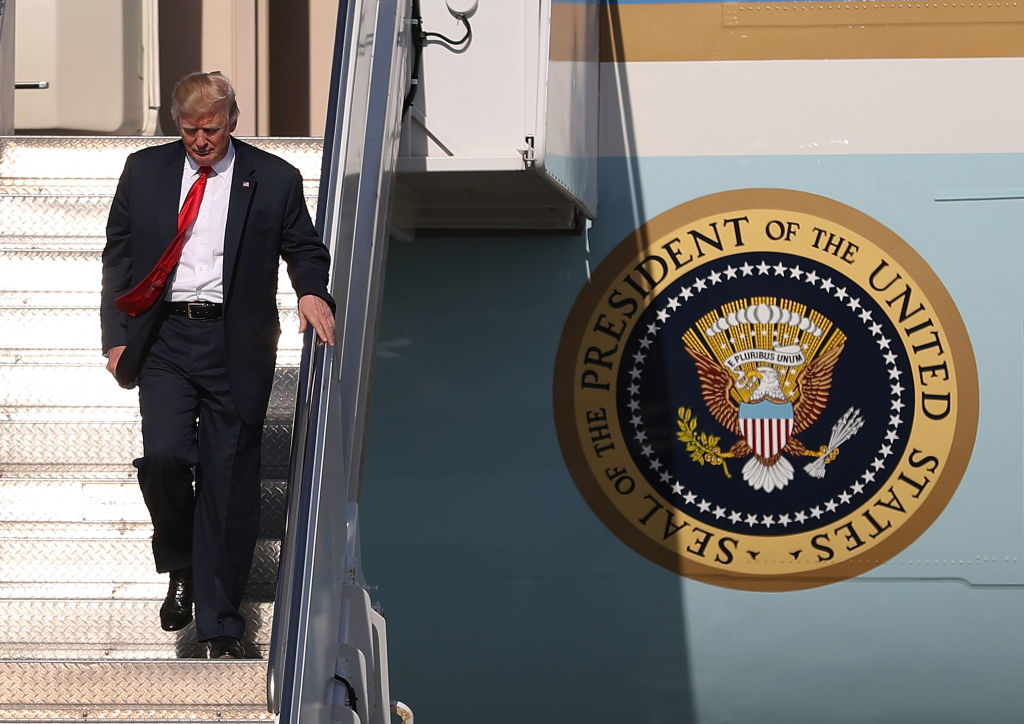 The president will be able to go where he needs to go. | Joe Raedle/Getty Images

The Air Force has two identical Air Force One jets. This is especially useful in the event one jet is out of commission. According to The Drive, it’s fairly common for an Air Force One to be down for repairs.