This Is the No. 1 Worst Rated Hotel in America

It costs a lot of money to stay in a nice hotel and go on vacation. A bad hotel can ruin an otherwise great trip. Make sure your next vacation is a success by avoiding the worst-rated hotels in America. We’ve done the research for you so you know exactly which places to avoid, working our way up to the absolute worst of the worst. 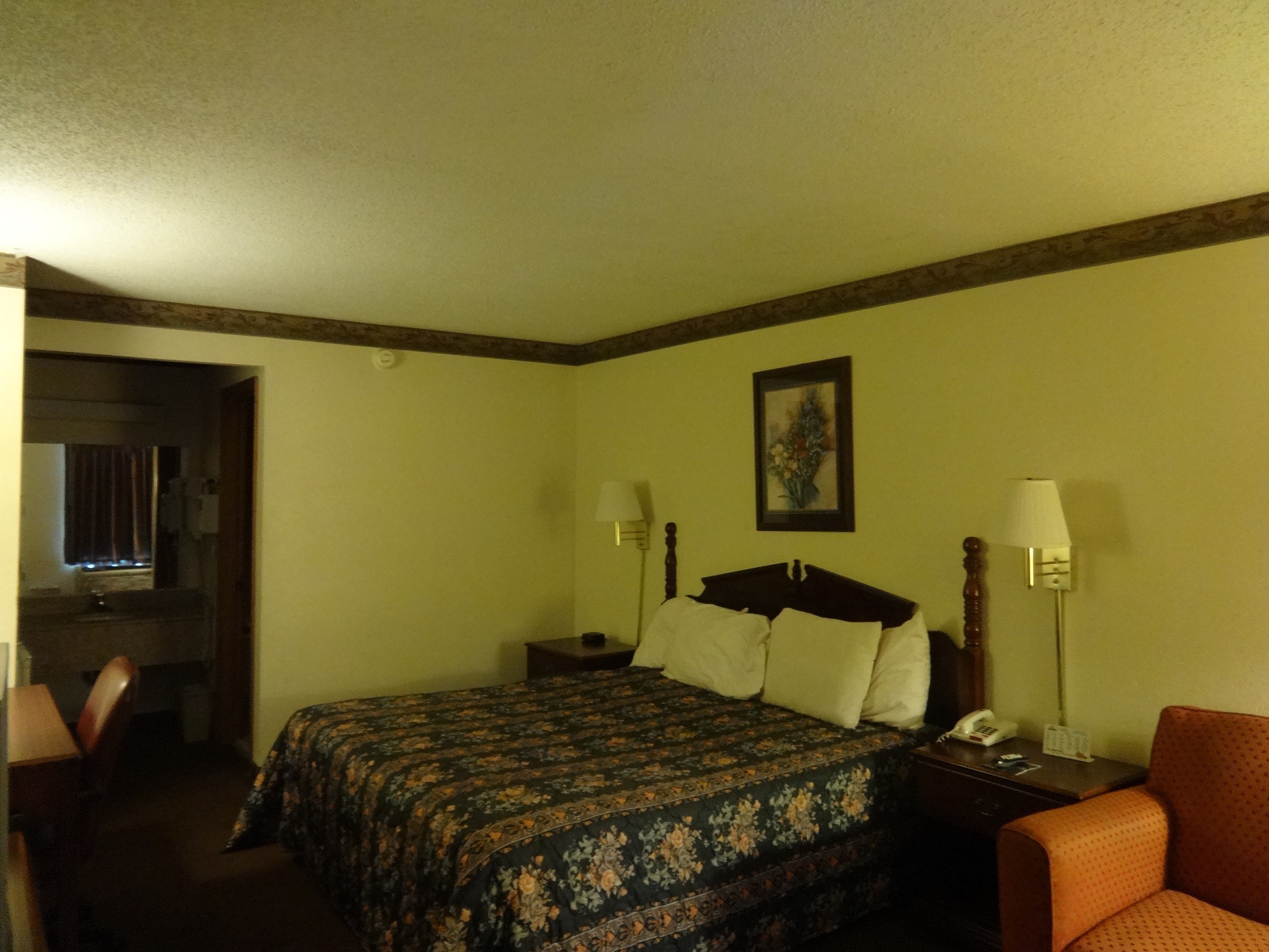 There are plenty of plenty negative reviews. | Michael Rivera/Wikimedia Commons

The Days Inn hotel chain isn’t exactly five stars, but guests still expect a certain level of hospitality and cleanliness. Unfortunately, complaints are all too frequent at the Days Inn.

“This place was ABSOLUTELY DISGUSTING […] The air was dense and everything smelled of stale cigarettes. It took numerous calls before the front desk answered and then he didn’t seem to understand English. To make matters worse, there was a pile of cigarette ashes by the bed AND a DIRTY DIAPER on the rack of the ‘closet,'” said a TripAdvisor user staying in the Eureka, Missouri Days Inn. 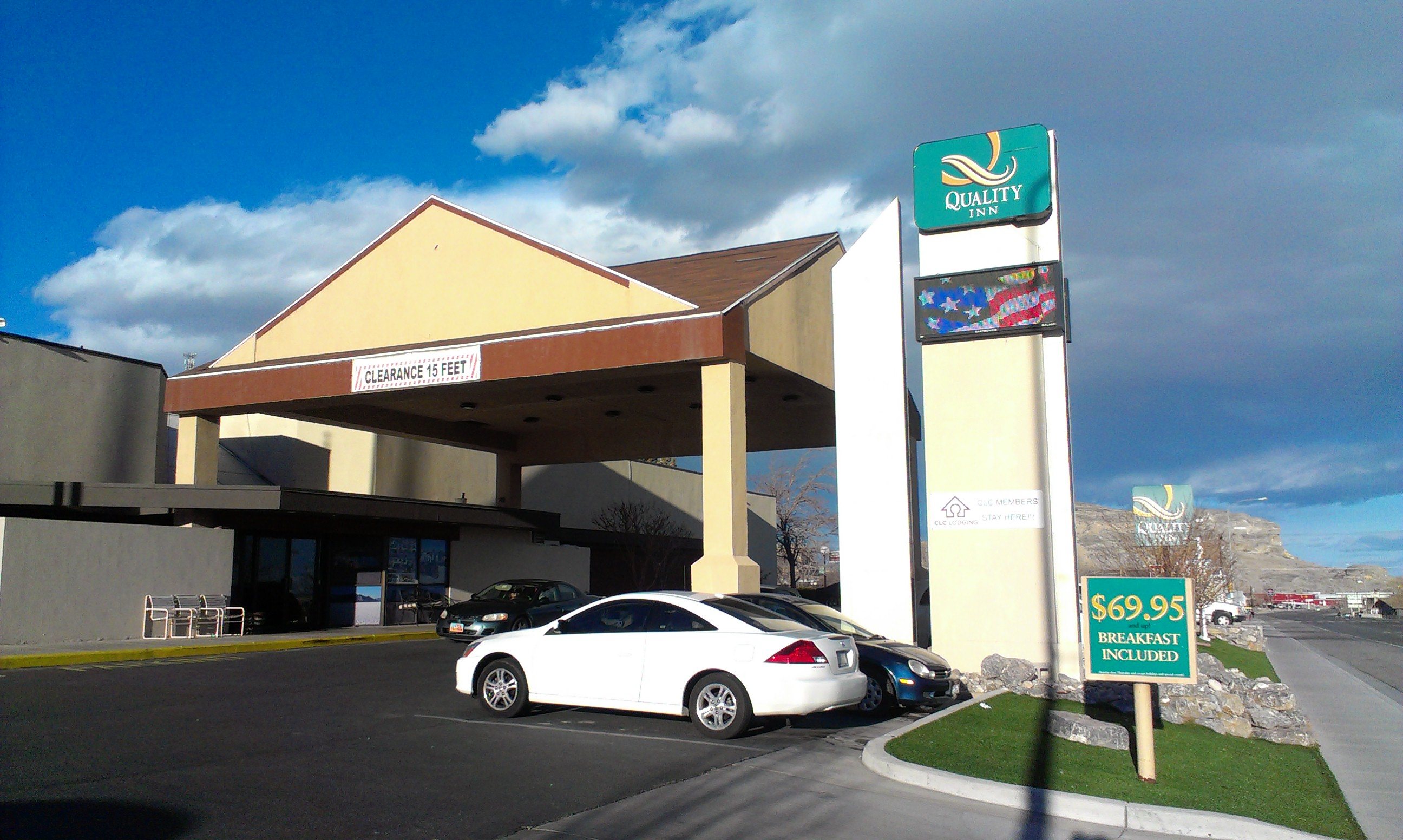 “Quality Inn, a chain that’s in the ‘mid-scale’ category and offers full-service restaurants, lounges, room service and conference centers, received negative reviews in value and upkeep in the CR survey, but positive reviews in the check-in category,” reported The Fiscal Times.

One reviewer of the Quality Inn in Stroudsburg, Pennsylvania said “This ‘Quality?’ Inn was a dump. The furniture in the first room was broken and mildew covered the carpet near the window. The second room was only marginally better. I tried to get out of the reservation to no avail. Management was not helpful at all.” 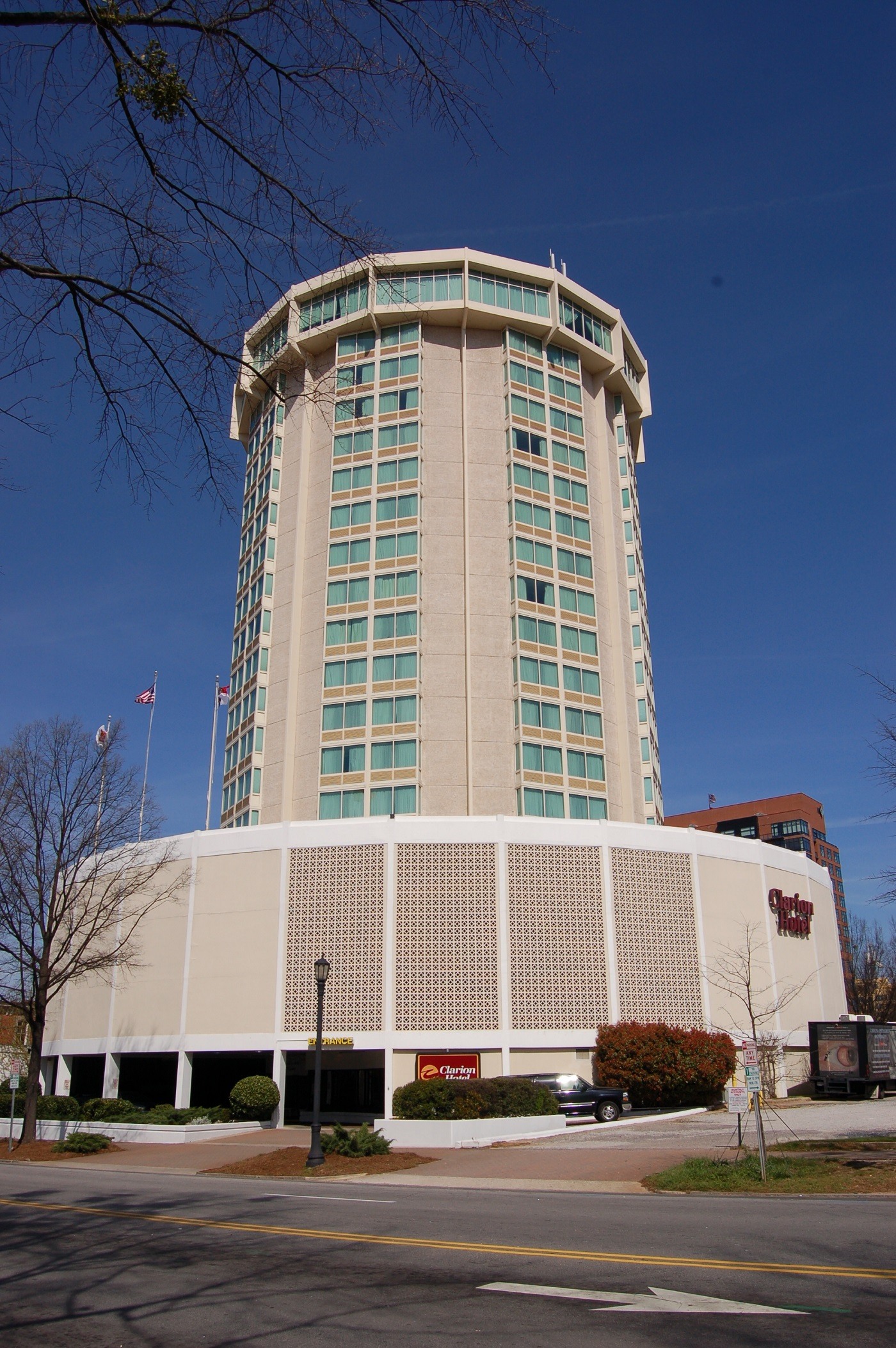 Clarion and Quality are run by the same company. | Jmturner/Wikimedia Commons

Clarion Hotels are run by the same company as the Quality Inn, so they have many of the same issues. According to The Fiscal Times, “Clarion Hotels received negative scores in value and upkeep, mediocre scores in comfort, check-in and service in the CR survey, and ‘worse than the rest’ reviews in 5 out of 7 categories in the J.D. Power survey.” Additionally, TFT reported that guests at the New Orleans location complained about being charged for services they didn’t purchase, absent cleaning personnel, and stains on the carpet. 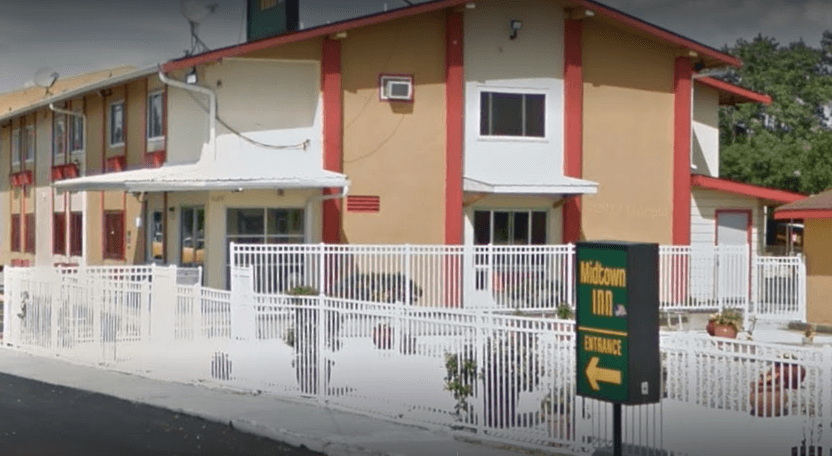 The Quest Inn Motel in Springfield, Illinois draws in guests because it’s less than a ten minute drive from where Abraham Lincoln lived, as well as downtown. But the hotel itself has a reputation for poor up-keep and shady activity. “There were marijuana stems between the sheets and it appeared the sheets had been used by a hooker just before I arrived. I also found a used tampon in the dresser drawer,” wrote one TripAdvisor reviewer. 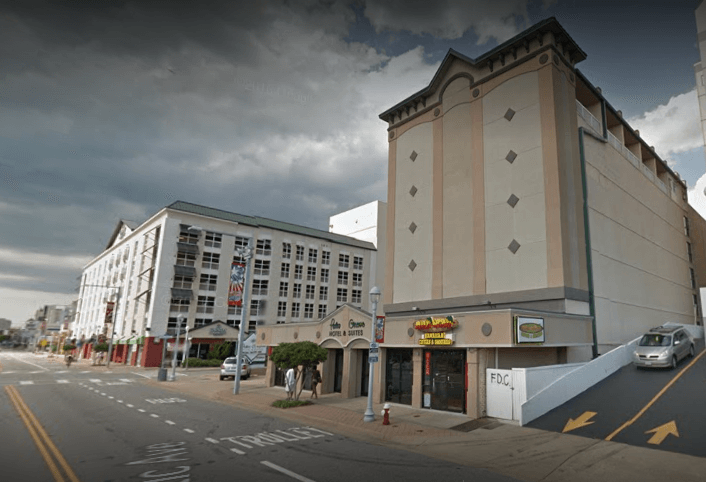 They have been replaced by a Motel 8. | Google Maps

The Tropicana Resort Hotel in Virginia Beach, Virginia is known for getting some pretty negative reviews. Typically, the reviews highlight just how uncleanly the hotel is. “If there was a way to rate this with negative stars I would! -5 stars!!! Horrible, gross, worst hotel ever! Dirt, funk, mold, and horrible smell!” said one TripAdvisor reviewer.

CBS named the hotel one of the top 10 dirtiest hotels in America. You can see their pictures highlighting mold on the hotel walls, and stains on the bed sheets. 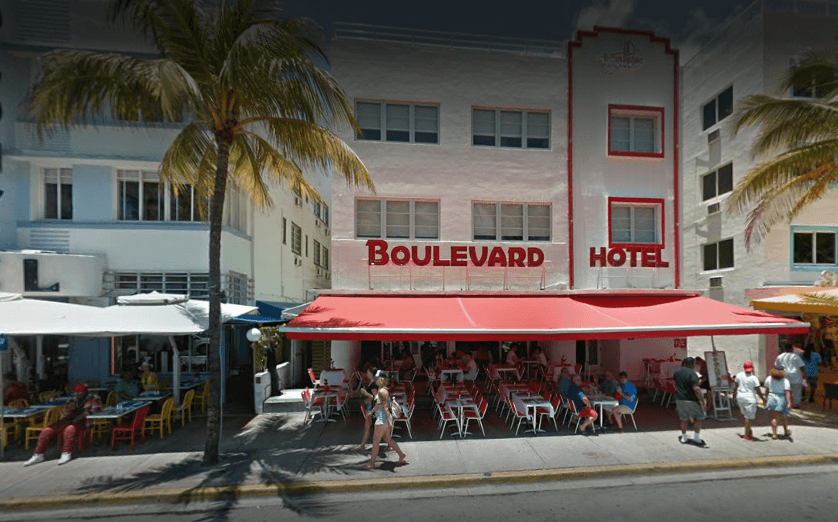 The inside does not match the outside. | Google Maps

The Boulevard Hotel Ocean Drive in Miami Beach, Florida is listed as one of the “worst hotels in the entire world,” according to Thrillist. Though the hotel may look like an okay place to stay with quirky neon lights decorating the exterior, and a pretty good location just across the street from the beach at Lummus Park, it’s anything but.

The hotel has pretty negative reviews on TripAdvisor, including: “DIRTY ROOMS, with GLASS in the actual bed under the sheet. I was STABBED in the butt!!! Yes the left cheek of my buttocks by a piece of GLASS that was in the bed. I could not stop BLEDDING (sic), the ambulance and police was called out.” from reviewer Thunlala. 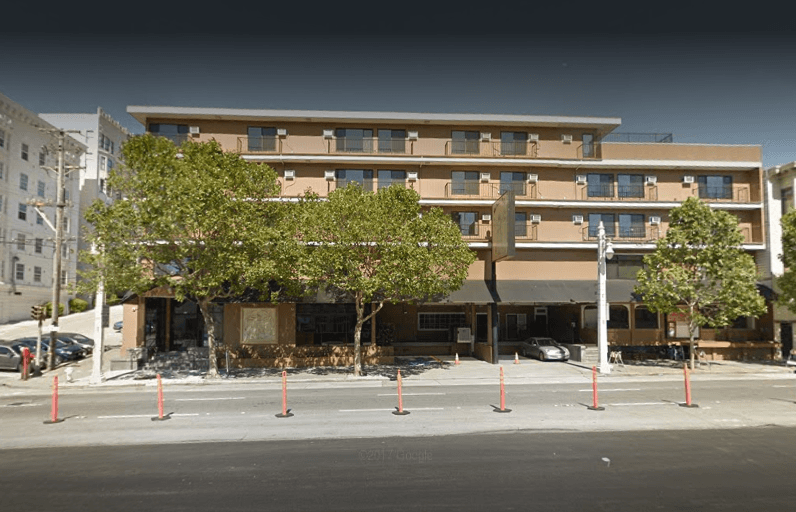 The hotel was known for bed bugs. | Google Maps

The Heritage Marina Hotel, formerly located in San Francisco, California, is widely known as the worst (or dirtiest) hotel in America. It’s no surprise, then, that, according to their Yelp page, they’re closed today. Instead of their Yelp photos being filled with images of the hotel’s lobby and rooms, you’ll see images of patrons showing off their many bug bites, their room’s shattered windows, and the hotel’s overall uncleanliness.

One TripAdvisor user said, “When I arrived the staff lost my reservation. They were very rude but found a room for me. As soon as I got into the room and sat down on the bed i realized there were BED BUGS ALL OVER the beds, walls, everywhere!!! I was so disgusted I left and drove home. Now almost a year later bed bugs are HAUNTING ME!!! DO NOT STAY HERE!!! DO NOT!!!!!”