This Is the 1 Thing Ina Garten Lets Jeffrey Make

Ina Garten is a name synonymous with best-selling cookbooks, Food Network shows in sunlit kitchens, and, of course, her undying devotion to the love of her life. Jeffrey and Ina have been married for almost 50 years, and their relationship is still one of the sweetest we’ve ever seen. And while we’re well-aware of Ina’s skills in the kitchen, what do we really know about her other half?

Because mostly everything she does, or at least cooks, is all in the name of her beloved Jeffrey, it’s high time we learn a bit more about Mr. Garten. We’ll get to the one thing Ina actually lets him make in the kitchen, but first, let’s start from the beginning of their budding romance. Here’s what you never knew about Jeffrey, and his role in Ina’s empire.

Back to school! #tbt Twelve years before Jeffrey and I met. Does it look like I'm wondering where he is??

While both were born into Jewish families, Ina was raised in Stamford, Connecticut, by her mother and father, a surgeon. Jeffrey, however, was an army brat and lived in several places throughout his childhood, including Germany, North Carolina, Kentucky, Kansas, England, Virginia, and Rhode Island. His father was a distinguished Army officer who fought in three wars, and Jeffrey described him as a man who “had an extraordinary career.” His father’s military career had a huge influence in Jeffrey’s life (We’ll get to that in a minute).

Next: Jeffrey was a student at this prestigious school when they met.

2. Ina was in high school when they met 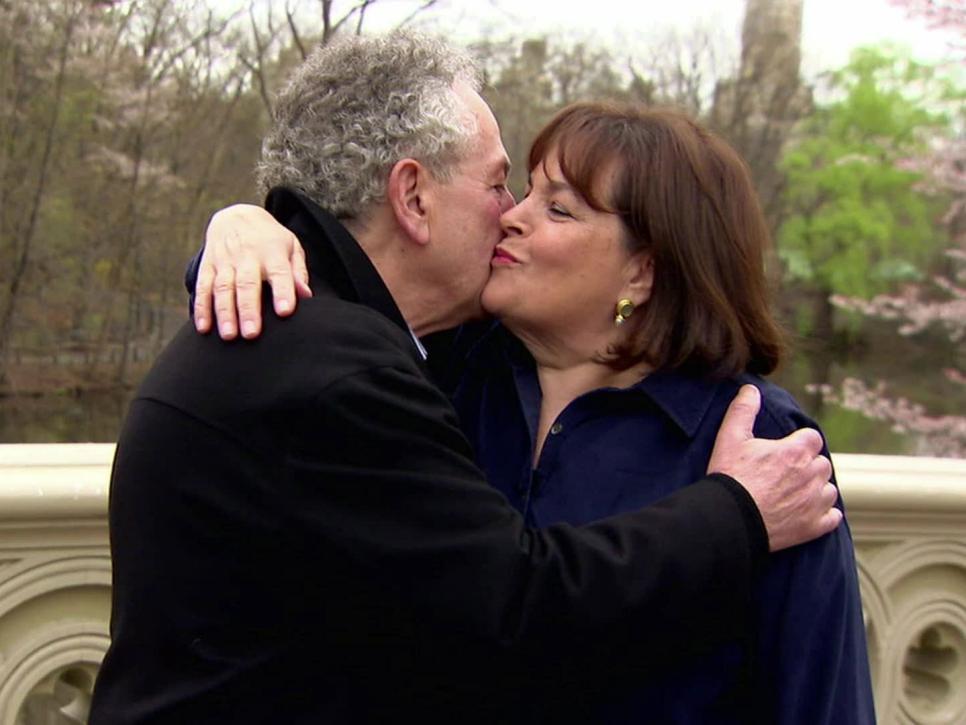 They had the most incredible meet-cute. | Food Network

In the fall of 1964, 15-year-old Ina Rosenberg was visiting her brother at Dartmouth when Jeffrey Garten, a freshman on campus, spotted her. According to Food Network, “Jeffrey was gazing out the library window and he said to his roommate, ‘Look at that girl, isn’t she beautiful?'” However, the roommate had already asked Ina out. Fortunately, their date didn’t go so well, which was a lucky reality for Jeffrey.

Next: Jeffrey never questioned his love for Ina.

3. Jeffrey knew instantly that Ina was the one

After getting her address, Jeffrey sent a letter to Ina, and the rest, as they say, is history. Jeffrey’s words still make our hearts swoon to this day, and his undying love for his leading lady is undeniable. Apparently, he saw their future together as crystal clear from day one. He knew Ina was “the kind of woman I’d want to be around forever.”

Next: Jeffrey is quite the scholar.

4. Jeffrey has an impressive academic resume

Jeffrey Garten was a determined student, eager to work his way up to doctorate level courses. After earning his B.A. from Dartmouth College in 1968 — the same year he and Ina wed — Jeffrey went on to earn his M.A. in 1972, followed by his Ph.D. in 1980, both from John Hopkins University. And this prestigious education ended up serving him well.

Next: He currently teaches at one of the top management schools in the country.

5. Jeffrey is an esteemed faculty member at Yale

Thank you @antoniabellanca for a glorious day on the water!!! #happyhubby

Following his successful 13-year stint on Wall Street (more on that in a minute), Jeffrey focused his career on the world of academia. In fact, he became the dean of the Yale School of Management in 1995. Although he stepped down in 2005, Jeffrey still teaches classes there today.

Next: He’s the man behind the woman.

6. Ina’s business wouldn’t exist without the support of her husband 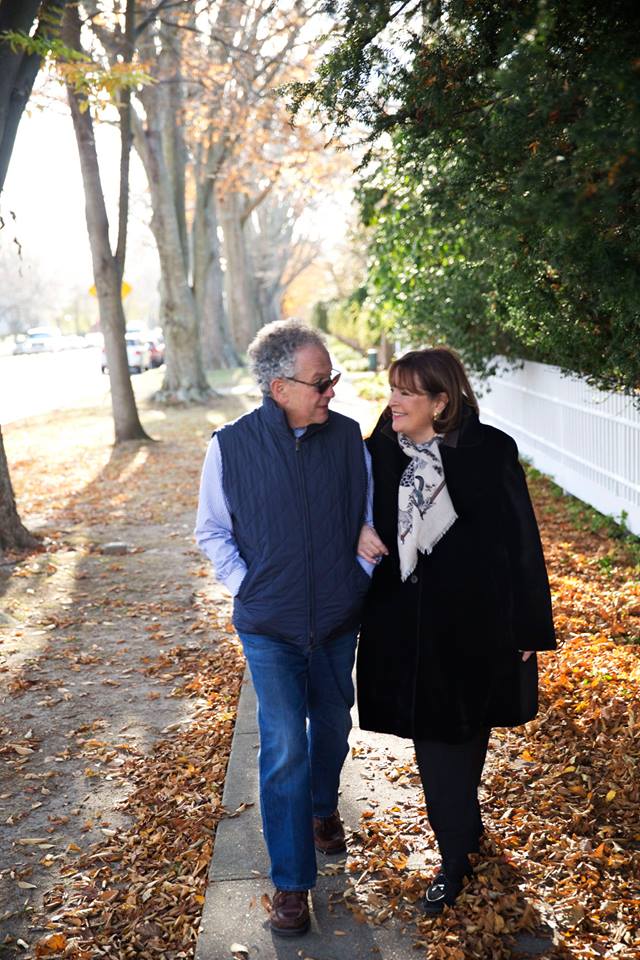 Turns out, all that business expertise came in handy for his wife, too. Thanks to Jeffrey’s urging, Ina bought Barefoot Contessa, the specialty food store in Westhampton Beach, NY, in 1978. “A lot of people want to own their own business and are afraid to jump,” Ina Garten told the Tampa Bay Times. “I’m really lucky I married a guy who ended up being the dean of the business school at Yale.”

A decade after they got married, Ina, then 30, dove headfirst into the food industry when she became owner of the shop. As we know today, that purchase would eventually lead to the widespread success of Ina’s cookbooks and television shows.

Next: Ina’s love for cooking

7. And he’s the reason she started cooking in the first place 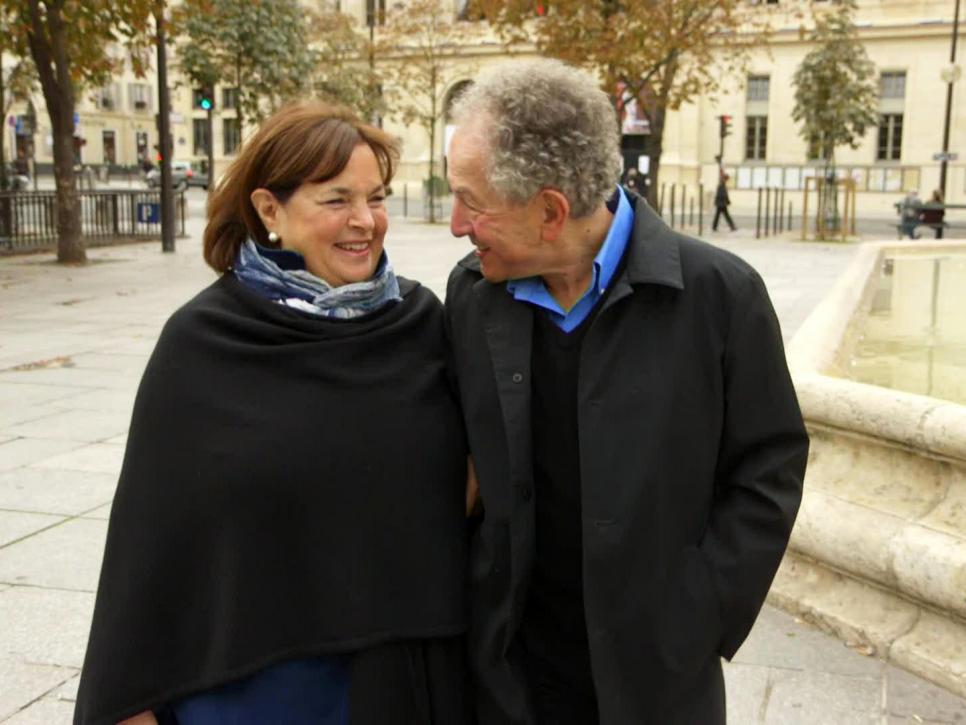 Jeffrey helped Ina get into the culinary industry. | Foodnetwork.com

Ina wasn’t a natural-born chef. In fact, she admits that she never cooked a thing before marrying Jeffrey. As viewers know, Ina cooks most of her dishes with Jeffrey in mind. Just take a look at her most recent book, Cooking for Jeffrey. But long before she was a huge star, Ina discovered her passion for cooking and French cuisine after the couple took a camping trip in France in the summer of 1971.

Next: But he doesn’t cook anything. Ever.

I'm a sucker for man with flowers. Especially this man. #happyhubby #paris

When the Tampa Bay Times asked Ina if Jeffrey cooked, her response, of course, was polite. After all, she’d never throw the love of her life under the bus. “He makes really good coffee, which I desperately need in the morning.” Sweet, as always. On another note, Jeffrey has been known to mistake cabbage for a head of lettuce. Thank goodness his lovely wife takes care of all the cooking.

Next: Jeffrey was deployed during the Vietnam War

9. He served in the U.S. Army during the Vietnam War

To help pay his way through college, Jeffrey joined ROTC. After college, he joined the Army. Although the Vietnam War seemed senseless to him, Jeffrey said he would have volunteered to serve his country even if he hadn’t had a commitment to do so.

He served in the Army from 1968 to 1972, ranking as Lieutenant and Captain. He eventually became aide-de camp to the commanding general at the John F. Kennedy Special Warfare Center and School, before becoming an advisor to a Thai combat unit during his time stationed in Southeast Asia.

Next: He worked under a handful of U.S. presidents.

By now, we know that Jeffrey Garten is a well-educated individual with a passion for politics and global affairs. Thanks to his schooling and Army experience, Jeffrey spent time in multiple government positions, serving integral roles under a handful of presidents.

Next: Jeffrey isn’t the only one who had a government job.

In the mid-70s, Jeffrey and Ina were living in Washington, while both were working for the government at the time. Ina worked at the White House Office of Management and Budget, although the job wasn’t enough for her, and Jeffrey knew it.

It was during this time that the couple had frequent dinner parties, and Ina would spend an entire week planning the menu. According to Jeffrey, those parties were legendary, and they allowed Ina to further discover her true passions.

Next: He made his fortune on Wall Street.

12. Jeffrey went on to have a lucrative career on Wall Street

Once Jeffrey had enough of government work, he went on to become the vice president then managing director at Lehman Brothers, where “he specialized in debt restructuring in Latin America and built up Lehman’s investment banking business in Asia, which involved restructuring some of the world’s largest shipping companies,” Johns Hopkins Magazine reported.

Next: There’s one thing Jeffrey’s not a huge fan of.

13. He never turns down Ina’s food, except if it’s birthday cake 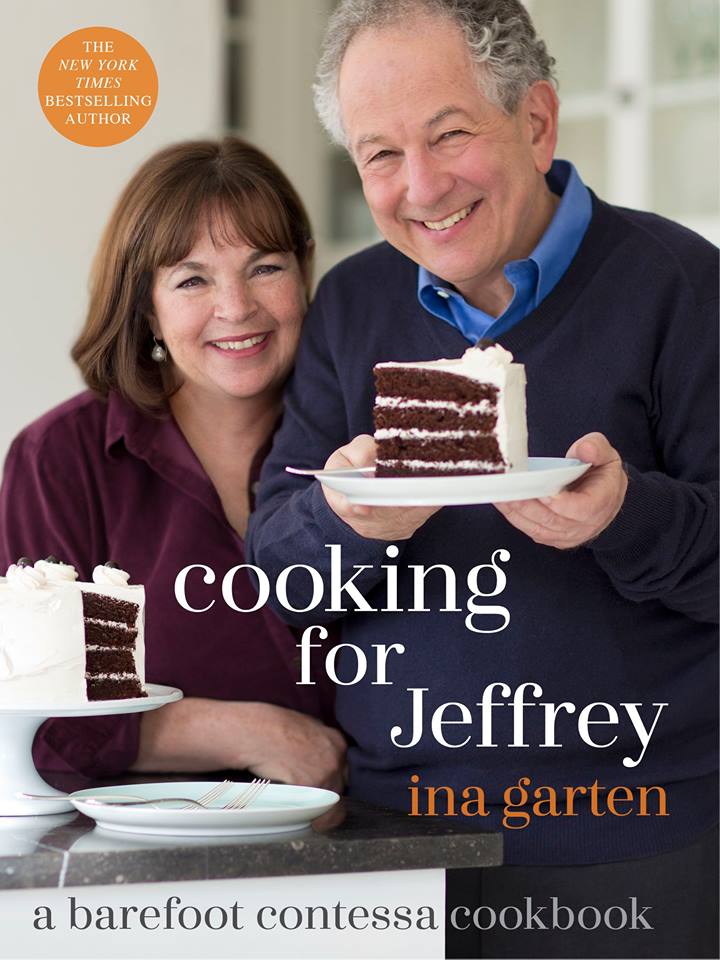 Jeffrey only has one thing he’s not a fan of. | Ina Garten via Facebook

Ina is pretty much a boss when it comes to whipping up tasty desserts. Uncomplicated, yet delicious, she somehow manages to make your mouth water with the simplest of sweets. Does Jeffrey love them? Yes. But does he love all sweets? Not so much. According to People, “It’s also hard to find something that Jeffrey doesn’t like (though we do recall he wasn’t a big fan of traditional birthday cakes).”

Next: Jeffrey likes just about everything else. 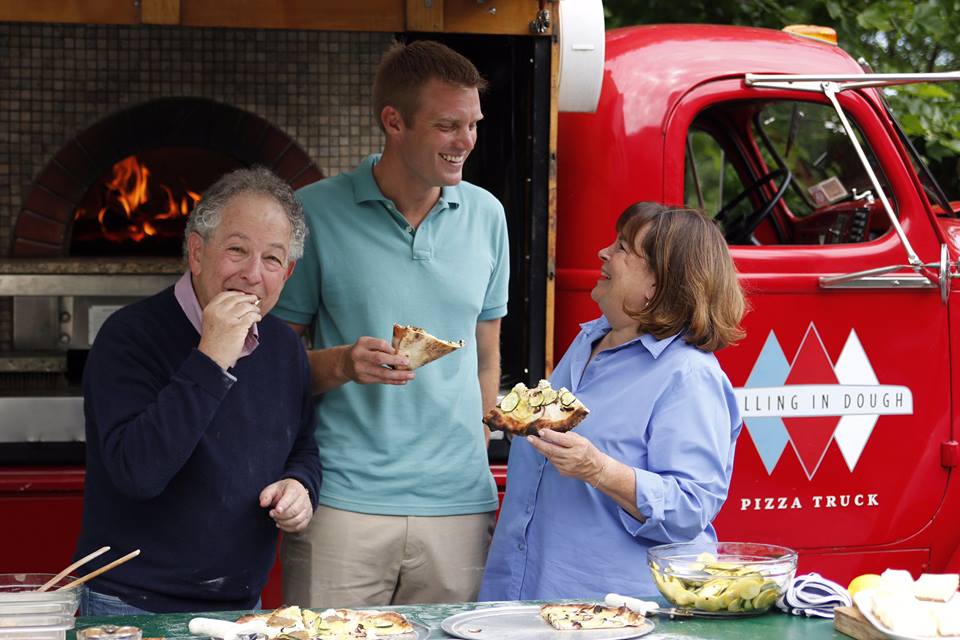 Jeffrey likes everything Ina makes, so he’s not a great critic. | Ina Garten via Facebook

Ina wouldn’t dream of serving Jeffrey a recipe she’s unsure of. She likes to perfect it first before letting him try it. What a gal. She told People, “He’s a bad judge because he likes everything. If I’ve made it, he likes it.” This isn’t news to anyone who’s a loyal fan of Barefoot Contessa.

Next: He really does love her more than anything.

15. Ina is the center of Jeffrey’s life 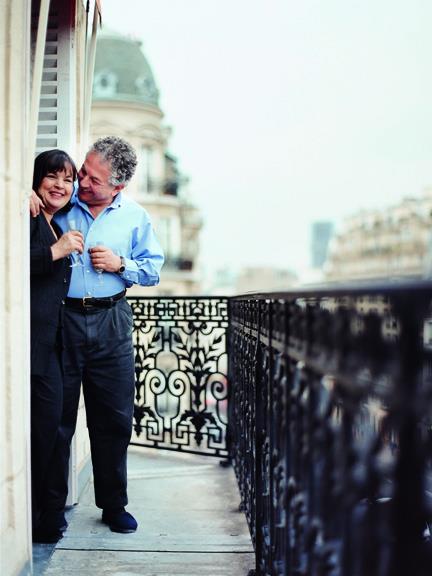 This doesn’t come as much of a surprise, yet we still find it totally adorable. Jeffrey, how we love thee. “I am absolutely the center of his life,” Ina told The Washington Post. “I walk in the room, and he goes, ‘Okay, what are we doing?’ He just drops everything. He’s also been the brains behind everything I’ve done. He’s invested, literally. He just believes in me, which is extraordinary.”

OK, if you weren’t convinced before, now do you agree with us? The Gartens are total #relationshipgoals.

Read more: Ingredients Ina Garten Refuses to Buy (And Others She Always Has in Her Kitchen)