Kate Middleton and Meghan Markle have been dominating royal news for quite a while now. Both are stylish, no doubt, but they’re not the only royals with sartorial panache.

Check out another royal we rarely hear about, but who has as much serious style as the Duchess of Sussex and Kate Middleton. See if you recognize her from the photos first — if you don’t, click through to page 5 for the royal reveal.

1. A fitting outfit for a tribute

Service at the National Memorial Arboretum | The Royal Family via Instagram

Blonde and beautiful, this royal is also long on style. Here she is in June 2018, wearing a Roksanda colorblock dress. The occasion? A service at the National Memorial Arboretum in Stafford, England.

She attended to dedicate a new memorial to pay tribute to the service of Professional and Voluntary Aid Detachment (VAD) Nurses during the First and Second World Wars. 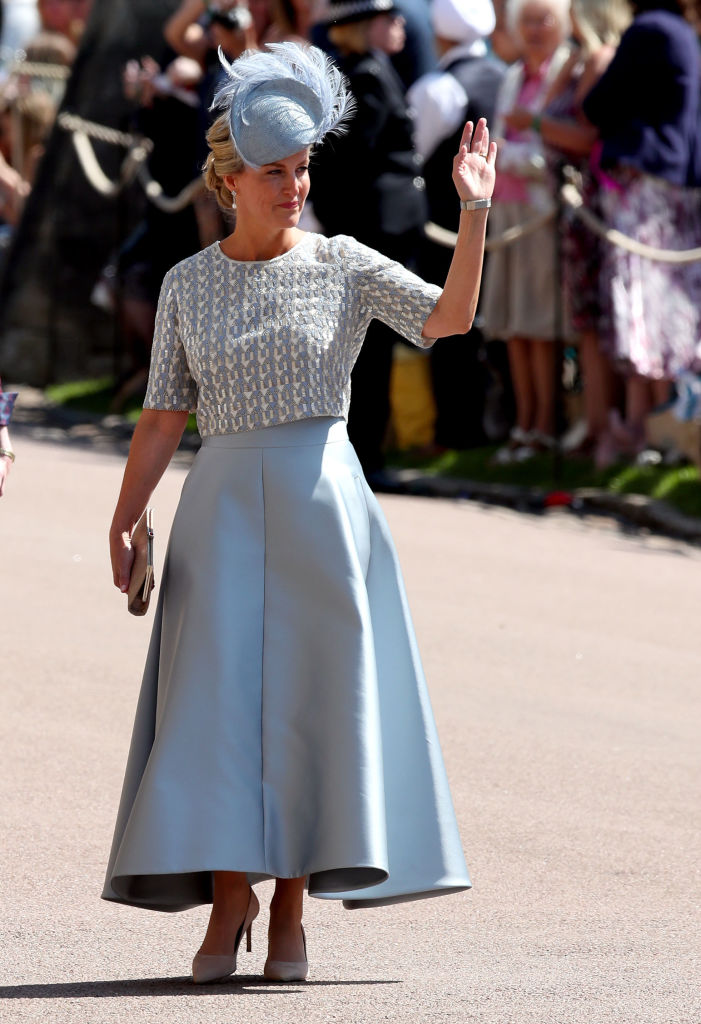 Here she is at Prince Harry and Meghan Markle’s wedding on May 19, 2018. She sported a curve midi skirt with a custom threadwork bodice top by London-based brand Susannah.

A hat is a must for a royal event, of course. She wore one made by Jane Taylor Millinery, which has been making occasion hats and headpieces since 2008, according to the website.

When she stepped out to attend London’s Commonwealth Day Service in March 2018, she wore a smart, dark blue, long coat. Her hat complemented her dress perfectly and featured a sassy, beige feather on top.

She added beige shoes and a beige clutch, which picked up on the feather’s color. What a perfect outfit for a day at Westminster Abbey. 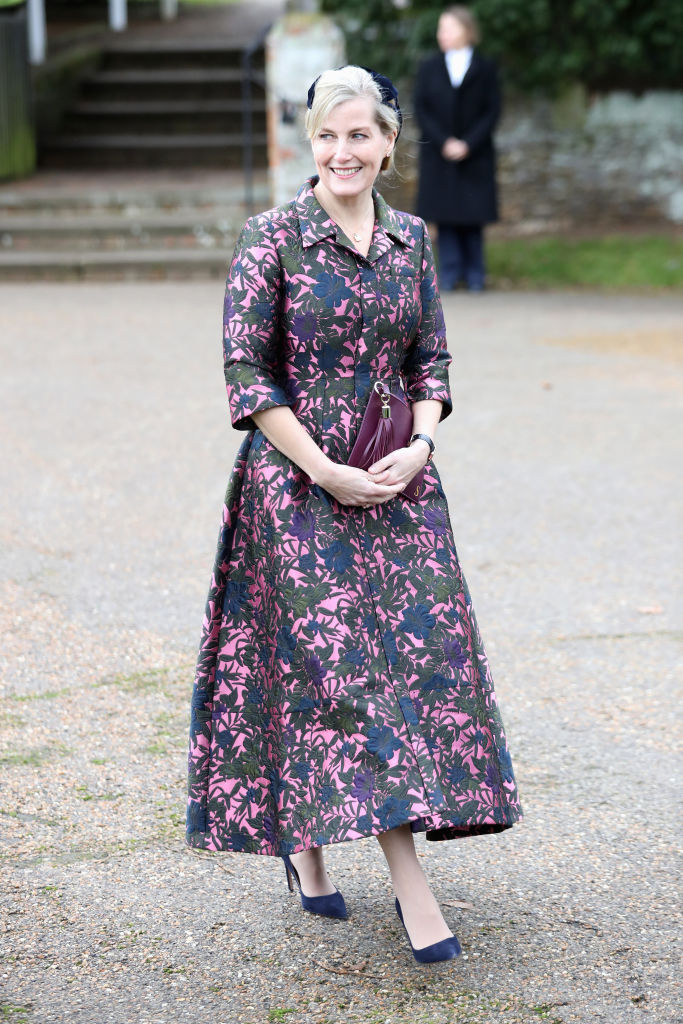 She wore this stunning floral coatdress to church on December 25, 2018. On Christmas Day, members of the royal family attend St Mary Magdalene Church in Sandringham.

Canadian and Turkish fashion designer Erdem Moralioglu designed the dress and she wore it beautifully. Notice the small, yet stylish, headpiece — a must for church. 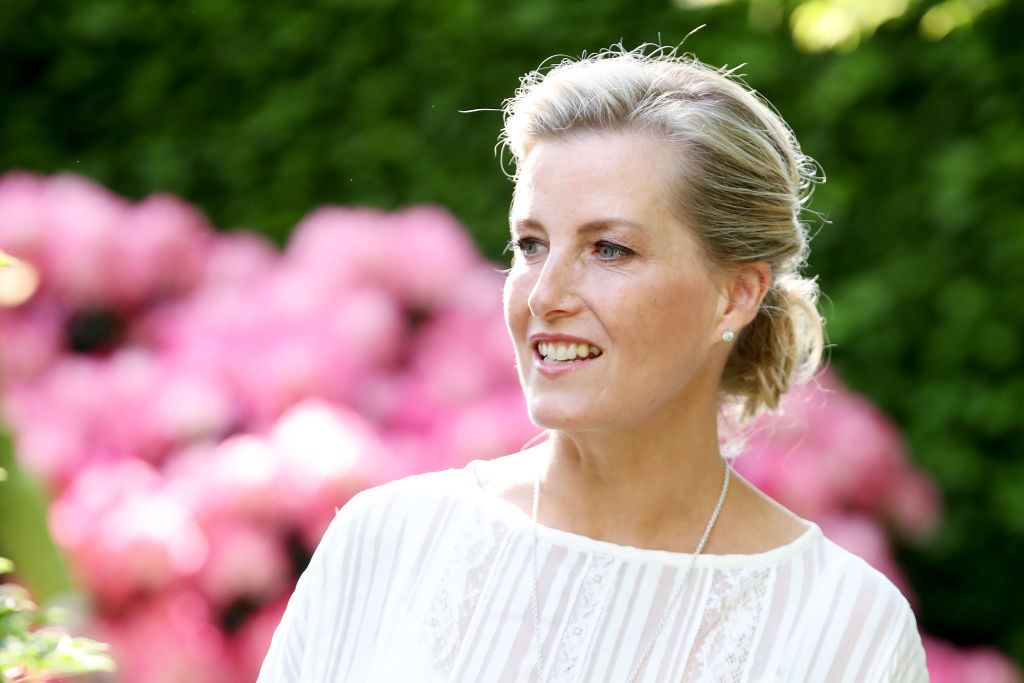 She is also Prince William and Harry’s aunt. Her full name is Sophie Rhys-Jones, she is 53 years old, and she is breathtaking.

When the countess visited The Blind Veterans UK Community Show Garden at Hampton Court Palace, she looked her usual lovely self. This photo was taken of her on the first day of the Hampton Court Flower Show — July 3, 2017.

The shoes the countess chose featured a dual-colored wedge that complemented the dress perfectly. But wait a minute — the queen does not like wedge shoes, not one bit, according to marie claire.

Nothing calls for a royal fashion parade like the Royal Ascot at Ascot Racecourse in Ascot, England. This photo shows the countess on the second day of the event.

Hats are a big, big deal at Ascot, and she did not fail to impress with her oversized, pink confection. You can see she matched it with a pink outfit, which no doubt caught the attention of many an attendee.

Sophie, Countess of Wessex attends the birthday of the king and queen of Norway. | Kallestad Gorm/AFP/Getty Images

When King Harold and Queen Sonja of Norway celebrated their 80th birthdays in May 2017, the countess joined the party. What would you wear for lunch on the royal yacht?

The countess chose a bright red coat and draped a dazzling, colored scarf over it. She also carried a tan clutch — and an umbrella.