This Is Why So Many Animal Lovers Hate PETA

People for the Ethical Treatment of Animals is the largest animal rights organization in the world. You’ve heard of PETA — that’s the organization that defends animal rights to the, um, death. PETA defends euthanasia for animals stuck in no-kill shelters, warns people not to kill animals that are considered “pests,” and often runs shocking, outrageous ads to help promote animal rights.

The U.S. is a nation filled with animal lovers. In fact, stateside citizens own approximated 78 million dogs and 85.8 million cats, according to the ASPCA. Generally speaking, this country believes deeply in animal rights, but many think PETA goes a bit too far in defending them. Discover reasons some people actually hate the organization, then form your own opinion. 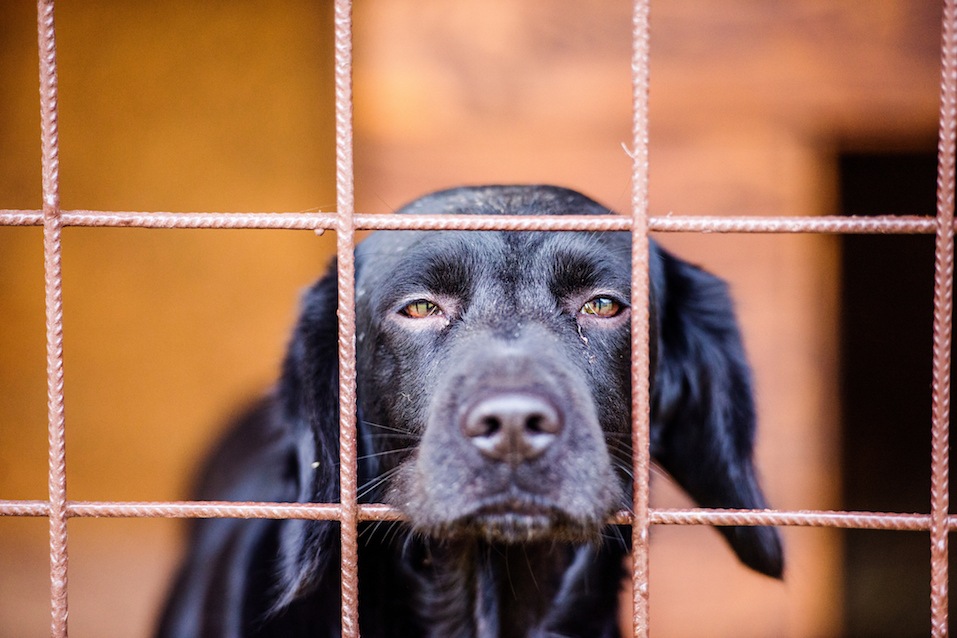 They think animals are better off dead than in a shelter. | Halfpoint/iStock/Getty Images

Animals spending their lives in shelters is something PETA abhors — it feels that is not solving the problem of homelessness for them, but merely keeping them alive, according to the website. Animals need more than food and water — they need companionship, playtime, and love.

PETA feels that unwanted animals are better off dead, essentially. And it supports euthanasia as a dignified way to put them down. According to Huffington Post, PETA employees have euthanized 29,426 animals in the last 11 years— including those the organization has said are “perfect,” “healthy,” and “adorable.” 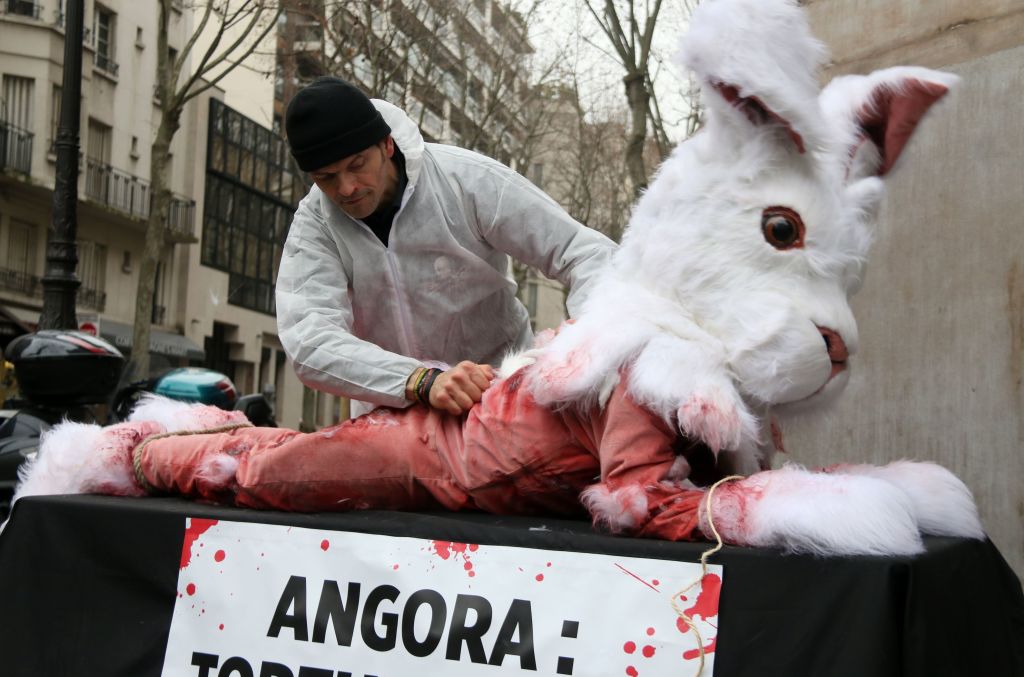 They definitely use controversy to get people talking. | Zakaria Abdelkafi/AFP/Getty Images

PETA claims that “provocative and controversial campaigns make the difference between allowing important yet depressing subjects to remain invisible and exposing them to the public.” Not everyone agrees.

Take, for example, the campaigns that depict horrific animal cruelty, such as cats being used for experiments. Or pictures of naked celebrities urging people to feel beautiful in their own skins instead of buying furs. Or the ad that protested the U.K.’s Crufts Dog Show, which showed a pedigree dog with the words “Master Race” under it. The list of disquieting ads — and public stunts, like throwing buckets of blood at people wearing furs — is long, and for some people, simply too disturbing.

3. It doesn’t believe people should have pets 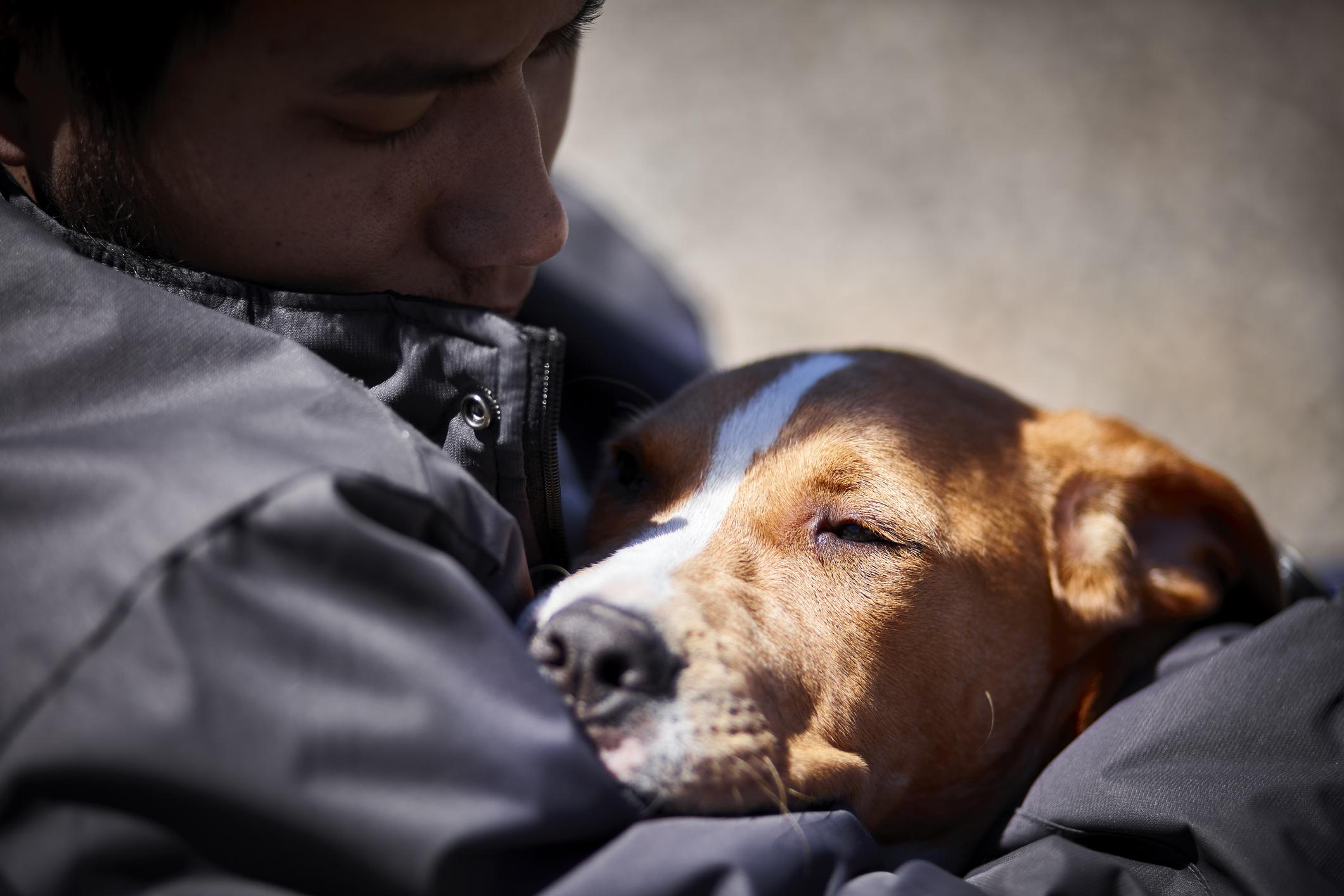 PETA feels that because people have domesticated animals it has caused an overpopulation disaster. The organization believes that animals would have been much better off if breeding them for pets never took place. PETA also contends that the “selfish” practice of keeping animals as pets keeps the animals from behaving naturally. Instead, humans tell them when to eat, drink, and go to the bathroom. Apparently, 85 million U.S. families who own a pet, according to the 2017-2018 National Pet Owners Survey, disagree with PETA.

4. It says no to animal crates 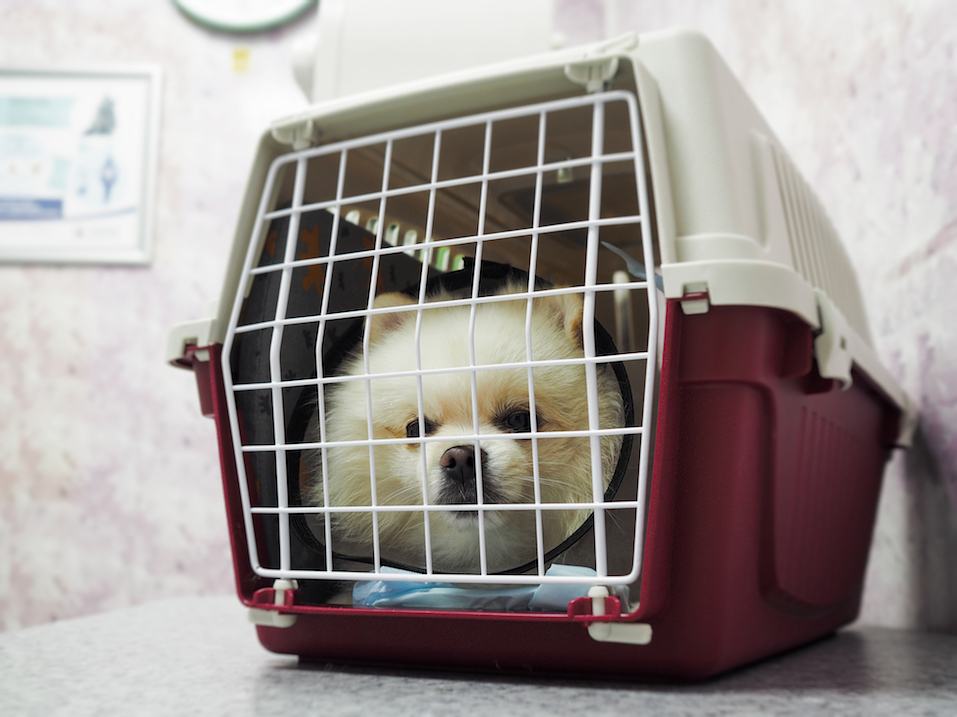 Even if dogs seem to like them, PETA thinks they’re cruel. | kozorog/iStock/Getty Images

PETA takes a big stand against using a crate to train a dog, regardless of dog trainers’ opinions that crates make them feel safe. PETA says that crating dogs is really a way to ignore them until you’re ready to take care of them. It also says that it deprives dogs of their basic needs, such as stretching out, relieving themselves, and walking about. Because dogs are highly social animals and have a pack mentality, PETA says forcing them to spend long periods of time in crates makes behavior problems even worse.

Next: Just say no to zoos

5. It wants to nix all zoos 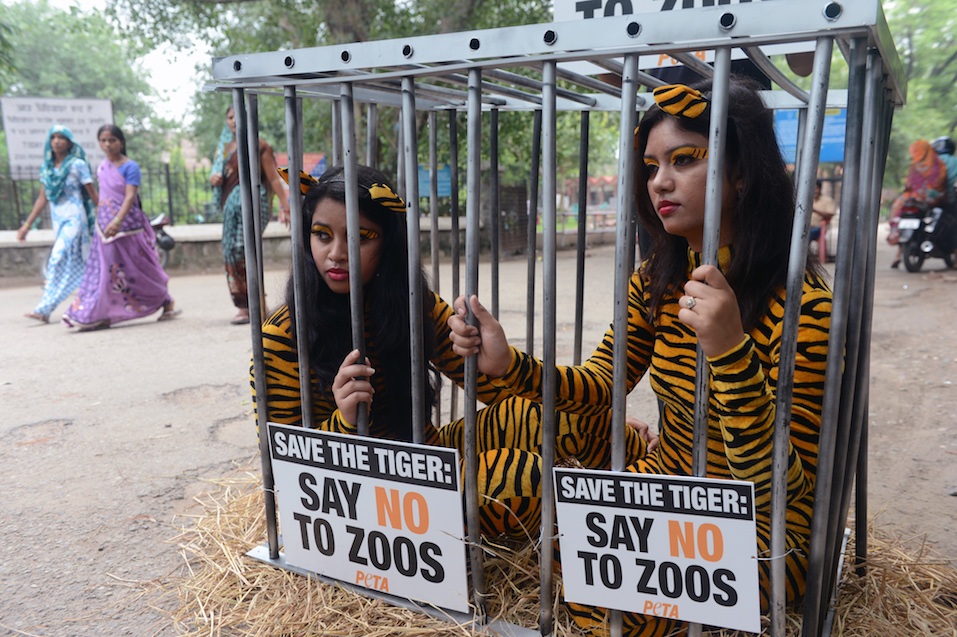 They believe animals shouldn’t be in captivity whatsoever. | Raveendran/AFP/Getty Images

Approximately 65.51 million people visited zoos in spring 2017, according to Statista. PETA would like that number to get to zero. Forcing animals to spend their lives in zoos so they can entertain people is not OK with the organization. PETA says living conditions are often terrible for the animals, and that even the best conditions can’t come close to what they’d have in their natural habitat.

Because the animals are bored and lonely — and not doing what they’re naturally supposed to do — they sometimes develop a condition called zoochosis. The condition causes the animals to endlessly pace their cages and sometimes even hurt themselves. PETA might have a point, but getting everyone to stop patronizing zoos is a tough challenge. 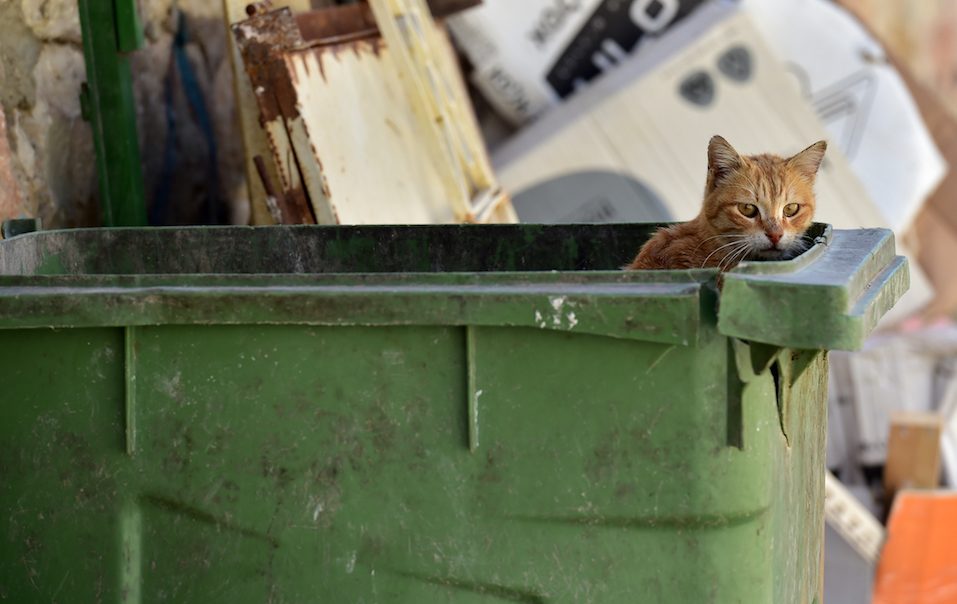 PETA has issues with feral cat colony “trap, alter, and release” programs. It feels the programs don’t benefit the cats because they end up dying when they are removed from their colonies and released into nature. Because colonies of feral cats typically have someone feeding them, PETA feels they’re better off where they are. There are many programs in place to deal with feral cats, and the people who run them obviously don’t like PETA’s stance. 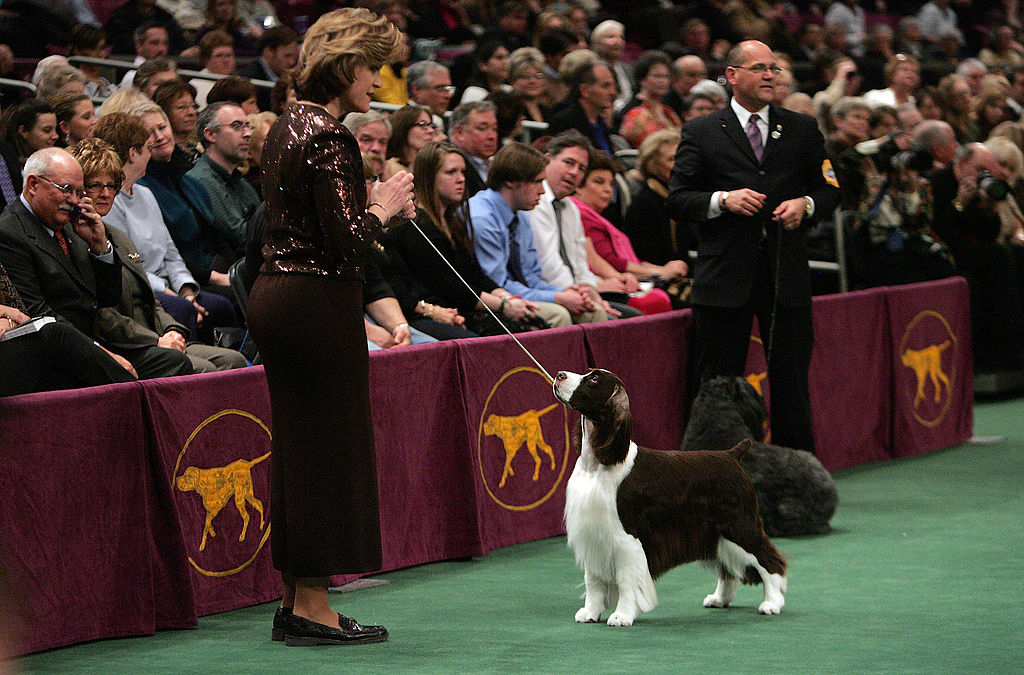 They are not a fan of breeding. | Mario Tama/Getty Images

PETA does not believe anyone should breed animals while there are so many unwanted ones dying in shelters. Each time someone buys an animal from a breeder, he or she is depriving a shelter animal a home. In addition, breeders often don’t require those who buy to neuter the animals, which could lead to even more overpopulation. Clearly, the breeders — and the American Kennel Club — don’t care for PETA’s views on the subject.