Experts finally think they know what happened to Malaysia Airlines flight 370, or MH370, about four years after it went down over the Indian Ocean. The plane disappeared on March 8, 2014 with 239 passengers on board. And in the years since, everybody from aviation experts to conspiracy theorists have tried to figure out what happened to the flight and everybody on it.

Like many of the other theories about what caused the plane crash, the one that experts are currently standing behind will chill you to the bone. Read on to learn about the scariest theories about happened to the flight and get all the details on what experts think happened (page 9). 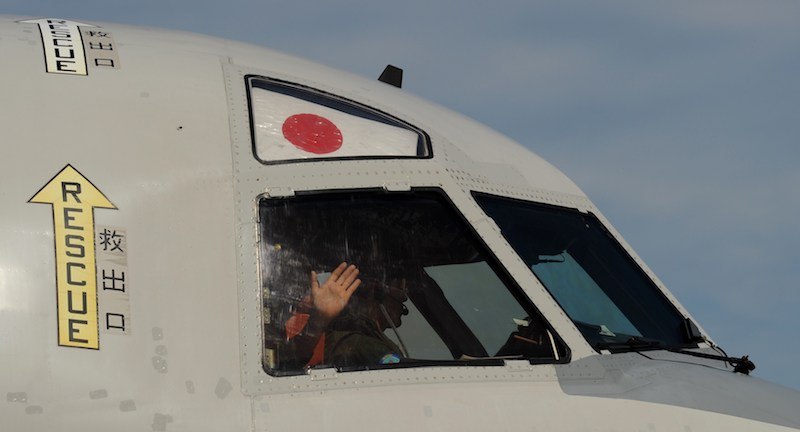 Even after a hefty search via this Japan Orion aircraft, nothing came up. | Greg Wood/AFP/Getty Images

The Week reports that one of the most sensational claims about Malaysia Airlines flight 370 is that it was shot down. Amateur crash investigator Peter McMahon claimed to have found the wreckage of the plane in Google Earth images. He characterized the plane as “riddled with bullet holes.”

And he said that U.S. officials didn’t want to search the location where he spotted the wreckage because finding it would “only open another inquiry.”

Next: This theory holds that something went wrong in the cockpit.

8. There was a fire in the cockpit

These crew members of the Royal New Zealand Air Force tried to track the plane down. | Richard Wainwright/AFP/Getty Images

Wired reported on the first anniversary of the disappearance of Malaysian Airlines flight 370 that plenty of conspiracy theories had already emerged. One of the most plausible? A theory about a cockpit fire by pilot Chris Goodfellow. Goodfellow suggested that a fire in the cockpit prompted the captain to turn the plane to the west. Perhaps toward Palau Langkawi, a nearby airstrip.

Goodfellow said that the loss of communication with the cockpit seems consistent with an electrical fire. (And with a need for the crew to focus on flying instead of making a distress call.) Goodfellow thinks the pilots could have passed out or succumbed to smoke inhalation. Then, the plane could have flown for hours until it ran out of fuel and crashed.

Next: Some people think that the plane had cracks in it.

7. There were cracks in the plane

It’s scary to think there could have been cracks that took the aircraft down. | Boarding1Now/iStock/Getty Images

The Week characterizes a theory about cracks in the plane as “perhaps the most prosaic, yet also most believable, theory as to why the plane went down.” Just months before the plane disappeared, the Federal Aviation Administration warned airlines about a problem with cracks in Boeing 777s. If left without repairs, those cracks could lead to a mid-air breakup. Or, they could cause a catastrophic drop in pressure.

The FAA issued its final warning just two days before the disappearance of Malaysia Airlines flight 370. But Boeing reportedly said that the FAA alert didn’t apply to the missing plane because it didn’t have the same antenna as many other Boeing 777s. That just led to more conspiracy theories.

Next: This theory claims that someone hijacked the plane in a surprising way.

Another scary theory about MH370? That somebody remotely hacked the plane. As The Week reports, the plane was equipped with Boeing’s Honeywell Un-interruptible Autopilot onboard computer. Historian Norman Davies claimed that someone could have hacked that computer to hijack the plane.

He thought that the plane was carrying material or people that “somebody didn’t want to get to China.” Davies claimed that the U.S. government wanted to stop the plane from getting to Beijing and planned to divert it to Diego Garcia, a U.S. naval base in the Indian Ocean. Then, according to Davies, “somebody hacked it to stop it from getting there.”

Next: This theory blames the U.S. military.

5. The U.S. military brought the plane down 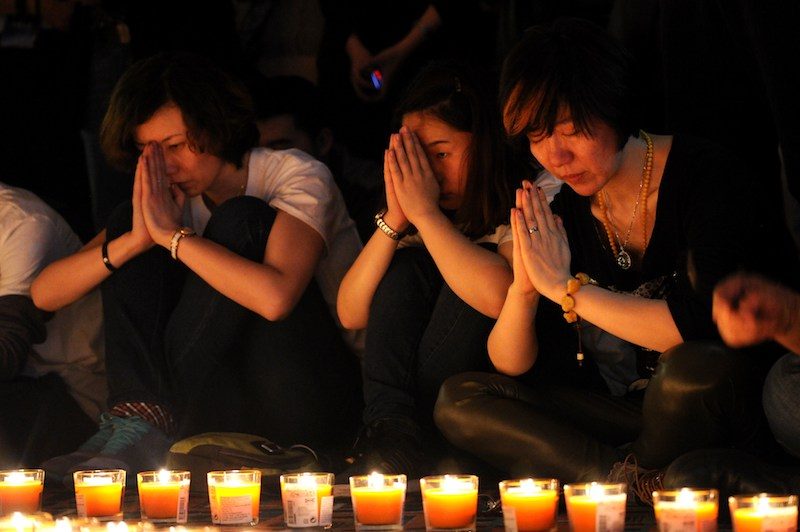 Could this theory possibly be true? | Wang Zhao/AFP/Getty Images

Another theory involving the U.S. base at Diego Garcia posits that the U.S. military actually shot down Malaysia Airlines flight 370. As Wired notes, “one theory suggests that the plane was headed there on some sort of kamikaze mission and it was secretly shot down by the US military before it could reach its target.”

Supposedly, the military then faked the satellite data. And it also cleaned up all the debris from the crash to keep the fate of the plane — and its passengers — a secret.

Next: Of course some theories involve Vladimir Putin.

4. Vladimir Putin knows where it is 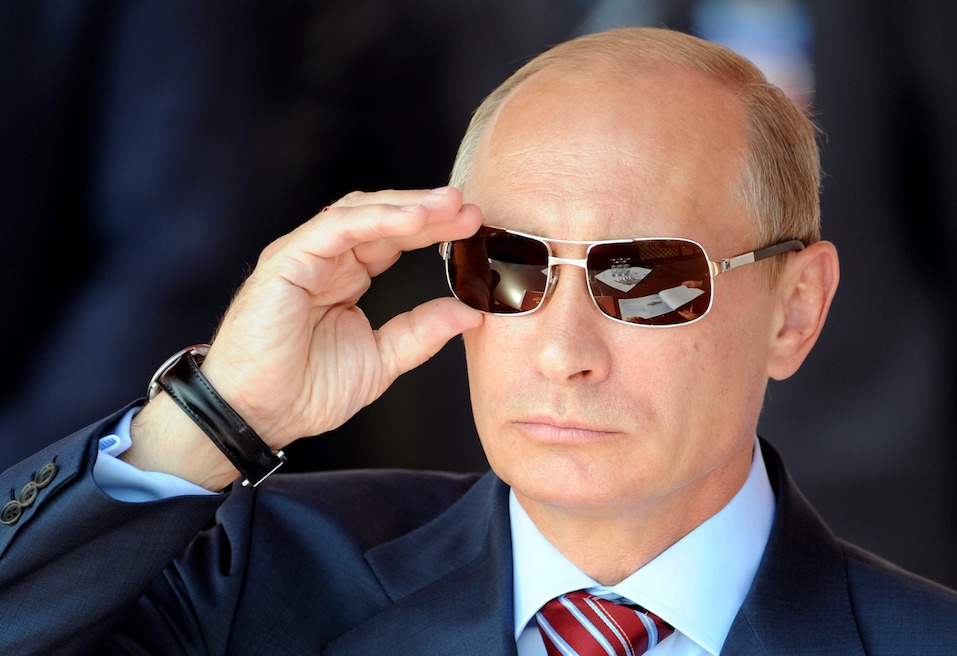 Russia and Vladimir Putin are involved in this scandalous theory. | Dmitry Kostyukov/AFP/Getty Images

The Week reports that, according to volunteer investigator Andre Milne, MH370 landed in the Bay of Bengal in the Indian Ocean — where Russian president Vladimir Putin saw it thanks to spy satellites. Milne claimed, “The reason President Putin did not raise his hand and march in and say we found it is because technically he would have been admitting committing espionage,” Milne said.

Another theory involving Russia? As Wired reports, one New York magazine article hypothesized that Russian special ops hijacked the plane. Then, they faked the satellite data and took the plane to Kazakhstan, where they hid the Boeing 777.

Next: Some people blame Kim Jong Un instead of Vladimir Putin. 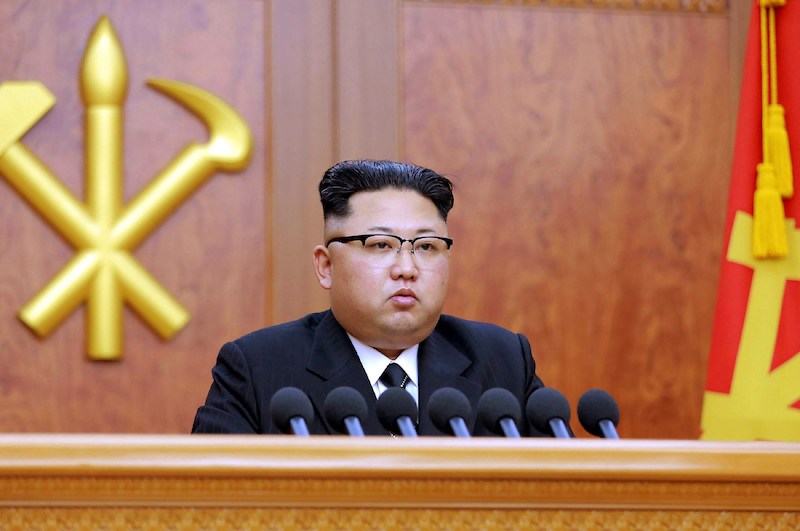 Some thought that Pyongyang shot the plane down. Others thought that officials hijacked the plane and diverted it to North Korea. The reason why? North Korea wanted the Boeing 777’s technology. Or Kim Jong Un just wanted a huge plane.

Next: This theory involves a nuclear weapon.

2. It delivered weapons — or a nuclear weapon — to Pakistan 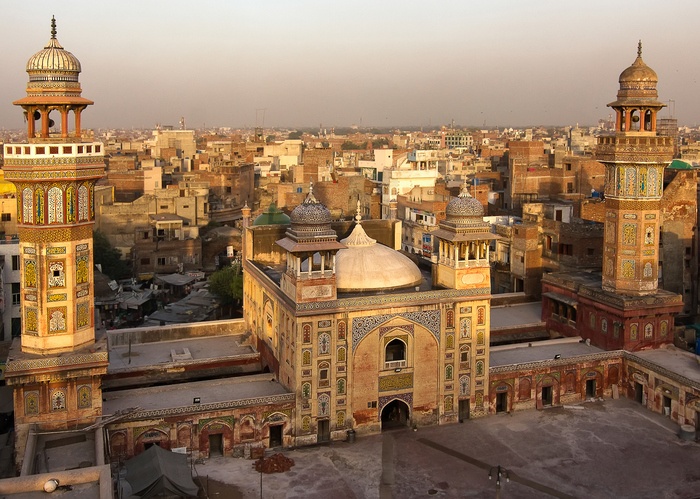 We don’t think this conspiracy theory is true, but no one can say for sure. | gaborbasch/iStock/Getty Images

According to Wired, some conspiracy theorists think that Malaysia Airlines flight 370 disappeared delivering weapons to Pakistan. Rupert Murdoch hypothesized that the plane’s disappearance was part of a jihadist plot to “make trouble for China.” Murdoch thought that the flight landed in northern Pakistan.

From there, other people theorized that the plane carried explosives. Some even thought that it delivered a nuclear weapon to Pakistan.

Next: This is the theory that experts are currently talking about.

1. The current theory: The pilot crashed on purpose

Sadly, this theory sounds like the most likely truth. | Mohd Rasfan/AFP/Getty Images

The Washington Post reports that a team of analysts assembled by Australia’s 60 Minutes concluded that the pilot crashed MH370 on purpose. They posit that pilot Zaharie Ahmad Shah turned the transponder off, then depressurized the cabin to render all the passengers unconscious. He took a detour near his hometown of Penang, Malaysia, tipping the plane to the left to take a final look.

Then, he crashed the plane to commit suicide and “a premeditated act of mass murder.” Aircraft investigator Larry Vance said on 60 Minutes, “He was killing himself. Unfortunately, he was killing everyone else onboard. And he did it deliberately.”

Next: What happens next in the investigation?

After all this time, the plane wreckage is still missing. | Chaideer Mahyuddin/AFP/Getty Images

As The Washington Post explains, the theory of the 60 Minutes team hasn’t been backed up by official investigation findings. (At least not yet.) The wreckage of the plane remains missing. And authorities have spent hundreds of millions of dollars so far on the four-year search for MH370.

As the Post notes, “The wreckage, of course, might corroborate or dispel theories about what caused the crash, and crews were still looking for it as recently as this year.” But as the publication adds, investigators have still found no trace of Malaysia Airlines flight 370.

Read more: You Won’t Believe How Many Fatal Plane Crashes 2018 Has Already Seen