The Top 15 Democracies on the Planet (And Why the U.S. Isn’t One of Them)

Voting is a primary function of democracy. | TheaDesign/Getty Images

The Economist’s Intelligence Unit has recorded the sharpest decline in democracy around the world since it began publishing its Democracy Index. All around the world, threats to democracy are becoming more and more prevalent as nativism and erosions of the press grow more intense. Democracies around the world are fragile, and it’s up to each country’s people to make them better and more stable.

The Economist’s Intelligence Unit judges the strength of a democracy on five different categories: “Electoral process and pluralism; civil liberties; the functioning of government; political participation; and political culture.” Of those five categories, there are an additional 60 factors that are calculated to give an index number for each country. If your country scores an eight or more, then you have a full democracy. If your country scores less than three, then your country is an authoritarian regime.

Of the 133 countries in the world that this index is based on, only 19 of them are considered a “full democracy.” The United States was downgraded last year to a flawed democracy, and remains in that same dubious category this year. Let’s take a look at the top 15 countries if you dare by scrolling down to the next page.

Freedom of the press is vital to democracies as a check on government power. | Suriya Silsaksom/Getty Images

Next: See what countries ranked in the top 15.

Out of the five categories, Austria scored the lowest under the “political culture” section with a score of 6.88. Their strongest category was the “electoral process and pluralism” with a score of 9.58.

Next: It’s hard to imagine a monarchy having a better democracy than the U.S., yet here we are.

Although the monarchy is the face of the nation, the government is very much a democracy. Their “functioning of government” category could use some help with a score of 7.5. But, they more than make up for it with their best score from the “electoral process and pluralism” category, sitting at 9.58.

Next: They were once one of the most oppressive countries on the planet. 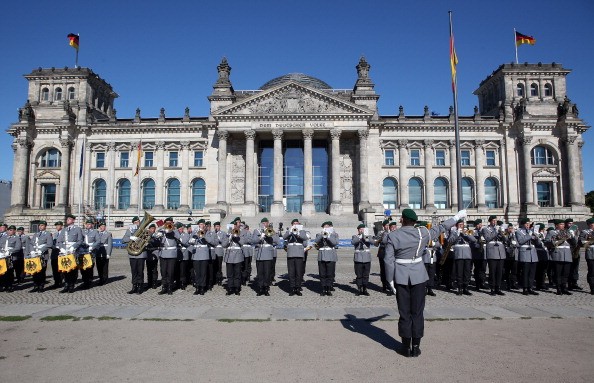 A military marching band performs prior to a swearing-in ceremony for new recruits of the Bundeswehr, the armed forces of the Federal Republic of Germany, in front of the Reichstag building. | Adam Berry/Getty Images

It’s hard to imagine that less than 100 years ago, the Germans were our sworn enemy and the definition of an authoritarian regime. Now they have some of the freest elections with a score of 9.58 in that category. But, they still need some work in their “political culture” segment with a score of 7.5.

Next: A little country that has a stronger democracy than ours

Luxembourg is the first country to get a perfect score in a single category of the top 15 countries listed here. They scored a 10 in the “electoral process and pluralism” section. Oddly enough, their lowest score was in “political participation” with 6.67. If only people knew how easy it was to participate in their government in Luxembourg.

Next: This country didn’t score below an eight in any category.

The Dutch really know how to do it. In every category, they scored above an eight. Their strongest category was the “electoral process and pluralism” where they score a 9.58. “Political culture” was their lowest score with 8.13.

Next: We have our first tie, so please excuse the wonky numbering. 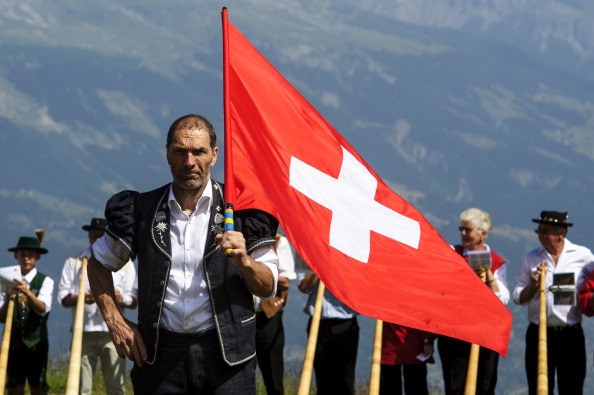 Like the Netherlands, Switzerland’s strongest category was the “electoral process and pluralism” section. They scored a 9.58 out of 10. But unfortunately, their “political participation” was way down at 7.78. 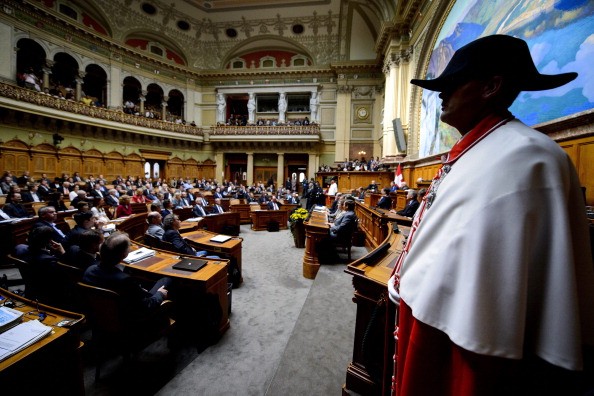 A Swiss usher stands in the Parliament room of the Swiss Federal Assembly. | Fabrice Coffrini/AFP/GettyImages

The Finnish must have a very robust electoral system because they scored a 10 in the “electoral process and pluralism” category. Everywhere else was above a nine except for the “political participation” section, where they scored a 7.78.

Re-elected President Sauli Niinistö speaks during the inauguration ceremony of the President of the Republic of Finland during a plenary session of the Finnish Parliament in Helsinki. | Antti Aimo-Koivisto/AFP/Getty Images

Next: Now we can leave Europe for a bit.

You don’t have Australia without a “Roo.” | Ian Waldie/Getty Images

Australia got a perfect score in the “civil liberties” and “electoral process and pluralism” categories. That weighted nicely against a low score of 7.78 in the political participation section. For a country founded from a penal colony, we’d say they’re doing a heck of a job.

A vote takes place in the Australian House of Representatives to amend the marriage equality bill. | Michael Masters/Getty Images

Next: Another tie for the books

Political participation continues to be most of these countries’ struggling section. Canada is no different with a score of 7.78. They do, however, have a perfect score on “civil liberties.” Those two scores balance out nicely and set them in a great spot on the EIU index.

Next: Let’s go back across the pond for this next country.

Ireland posted two perfect scores in the “political culture” and “civil liberties” categories. Their biggest pitfall was the “functioning of government” section where they scored a 7.86. Just like the U.S., it seems other countries have difficulty getting things done in their governments.

Leo Varadkar waves to colleagues as he leaves the parliament in Dublin after being confirmed as Taoiseach. | Paul Faith/AFP/Getty Images

Next: The top five are predominantly European.

Denmark is doing great with a healthy position at number five on the list of the full democracies. They scored a 10 in both the “electoral process and pluralism” and “civil liberties” categories. Their lowest score was political participation with 8.33, but that is still pretty great.

Colorful houses and boats in the Nyhavn district in Copenhagen. | Johannes Eisele/AFP/Getty Images

Next: Those Kiwis really have something going for them down there.

New Zealand flags fly in front of The Beehive during the Commission Opening of Parliament. | Hagen Hopkins/Getty Images

As we get into these higher numbers, you’ll notice that the countries listed do very well in the “electoral process and pluralism,” and the “civil liberties” categories. New Zealand scored a 10 in each category. Their political culture is at 8.13, but I think they’re doing just fine.

Next: Here’s where Northern Europe takes the lead.

Oddly enough, Sweden participated in some very horrible things in their recent history. But, it seems they have made a complete recovery because they now have a perfect score in “civil liberties” and “electoral process and pluralism.”

With only one score below a nine, Iceland holds the No. 2 spot on the list of the worlds strongest democracies. They have a perfect score in political culture and the electoral process. The lowest section was their political participation with a score of 8.89.

Norway has democracy down. They scored a perfect 10 in three separate categories and their weakest section was “functioning of government”; they scored a 9.29. To put that into perspective, the U.S. scored a 7.22 in that category. Norway certainly has an amazing democracy according to this index.