The Rich Love to Live in These 10 U.S. Cities 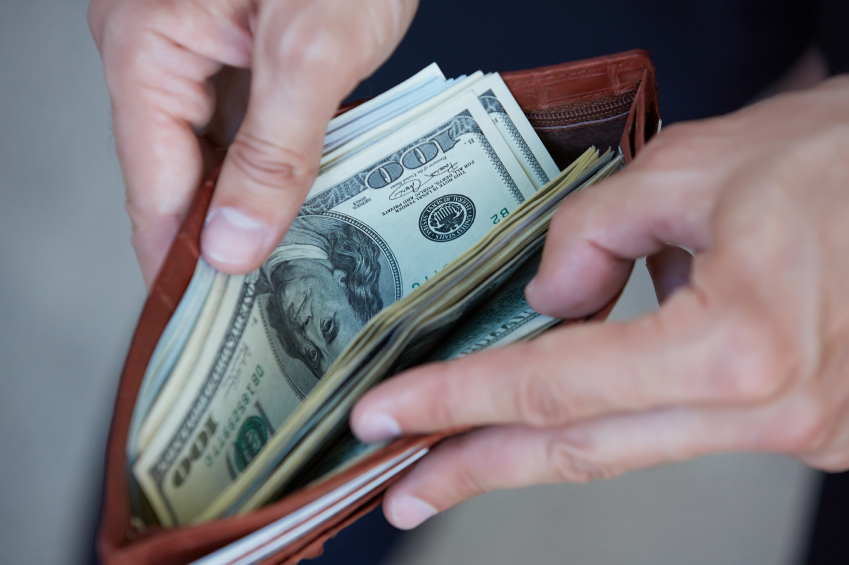 As we’ve seen time and time again, location matters when it comes to making it big in today’s economy. The city you call home has a lot to do with how large your paycheck is, how much you’re paying for housing, and how hard you’re using the plastic to pay for everyday purchases.

If you live in an area with higher paychecks, a lot can go your way quickly. Housing costs might be high as demand goes up to live in that area, but a high paycheck means you should be able to afford that — at least in theory. The trick is to manage your funds responsibly so you can put things like real estate, stock investments, and credit cards to work for you.

According to one NerdWallet analysis, it’s much easier to do this in some regions of the country than others. The personal finance website analyzed several key indicators of wealth in 475 cities across the country with a population of 65,000 or more people. They equally weighted factors including median household income, median home value, the average credit limit of cardholders in the area, and the percentage of homes without a mortgage.

Their findings are overwhelming: If you live in the Golden State of California, you’re likely to develop the Midas touch. Of the top 10 wealthiest cities in the country, according to this analysis, nine of them are located in California.

One interesting thing to note: You won’t find major city centers like Chicago, New York, or even San Francisco near the top of the list, even when NerdWallet breaks them out by region. San Francisco ranks No. 36, for example, likely because of the large disparity between median income and median home values. New York ranked No. 17 in the Northeast rankings, but doesn’t have a good enough score to land in the nationwide top 100. The main reason is that the median household income is $52,996 — just below the national average of $53,482 — but housing prices are a median of $614,500; far above the national median of $182,000 when the analysis was completed. Instead, you’ll find most top-ranking cities are suburbs of those major economic hubs, where people commute to a high-paying job but live elsewhere.

We start our tour of California in Carlsbad, a coastal city north of San Diego. Home prices are unsurprisingly high for this prime real estate between San Diego and Los Angeles, but luckily for homeowners, there are high paychecks to go with it.

More than a fifth of homebuyers own their property outright without a current mortgage, meaning debt is likely low for those households. Of course, that’s assuming not everyone is maxing out their credit limits — which at $62,555 is extremely high compared to other cities around the country. That’s almost double the average nationwide limit of $35,800, NerdWallet reports.

Up the coast from Carlsbad is Redondo Beach, one of the major beach-city suburbs of Los Angeles. Residents in this city bring in a median of $110,451 a year, presumably enough to qualify for buying homes worth almost a million dollars. Like those living in Carlsbad, a full fifth of people living in this area have paid off their homes.

Incomes in Redwood City are lower than in the previous two California locations, but median home values skyrocket upward. Surprisingly with that data, almost a quarter of people living in this area already own their homes without a mortgage.

This is the first city on the list showing San Francisco’s influence: The region is located on the San Francisco peninsula, south of the Frisco city limits. With the continued tech boom and industry hub, it’s not surprising that home values would be elevated here.

Located in Orange County between Los Angeles and San Diego, Laguna Niguel is yet another wealthy city in the Golden State. Just south of Laguna Beach, this suburban city had a good balance of high incomes with high home values, along with a decent rate of total home ownership and high credit limits.

We travel just a little bit east in Orange County to arrive at the next wealthiest city in California: Yorba Linda. The suburban city, located near Anaheim south of downtown LA, is surrounded by a hotbed of activity. As a result it’s no wonder that the city ranks so well, especially in terms of income and home values.

Our golden tour of California takes a brief pause for a trip across the country to Bethesda, Maryland, the fifth most wealthy city in the country. The median home value is higher than many of the California cities on this list, but it also shows that living inside the beltway of Washington, D.C. can have some major advantages. The median household income and average credit limit are the second-highest in the nation, NerdWallet reports.

View of Balboa beach, one of the popular beaches of Newport Beach, California | GABRIEL BOUYS/AFP/Getty Images

After that brief East Coast hiatus, we’re back in the west to the next wealthiest city in the country, Newport Beach. The beach town is just south of the city of Angels in that notorious wealthy zone of Orange County — this makes the third city in the top 10 that’s located in that region. It’s also the setting of the once-popular TV show The O.C. Most notable here is the sky-high credit limit: Residents have quite a bit of accessibility to shopping with plastic when they want to. With a complete home ownership rate of 31%, though, it’s apparently not affecting their ability to pay off their mortgages.

The name of Pleasanton apparently describes the living conditions of many people who call the California city home. Located inland from San Francisco across the bay, residents enjoy a high credit limit and median income, along with housing values that should make their real estate investments a safe bet. 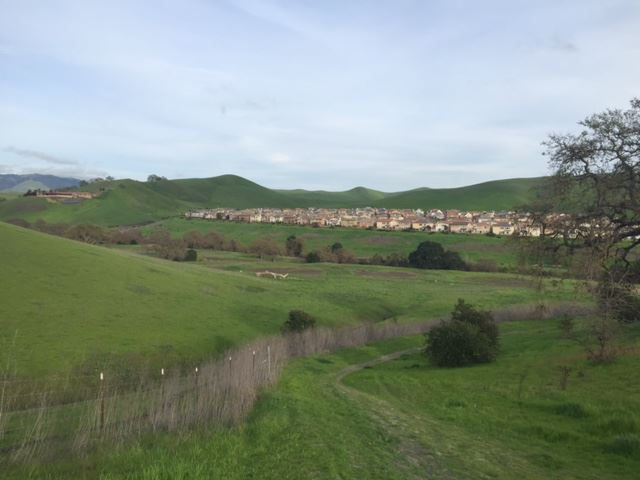 Just north of Pleasanton is the second-wealthiest city in the nation — San Ramon, California. As expected, high median home values are balanced out with high median incomes. Complete home ownership is slightly lower here than in other cities in the top 10, but nonetheless scores the second-highest ranking in NerdWallet’s analysis.

Of all the metrics used in the study, residents in Palo Alto took the top spots in every category except for credit limit (the highest was in Newport Beach.) People living in Palo Alto had the highest median income, highest home values, and largest percentage of complete home ownership. Without a doubt, Palo Alto’s proximity to Silicon Valley and San Francisco are major factors here. 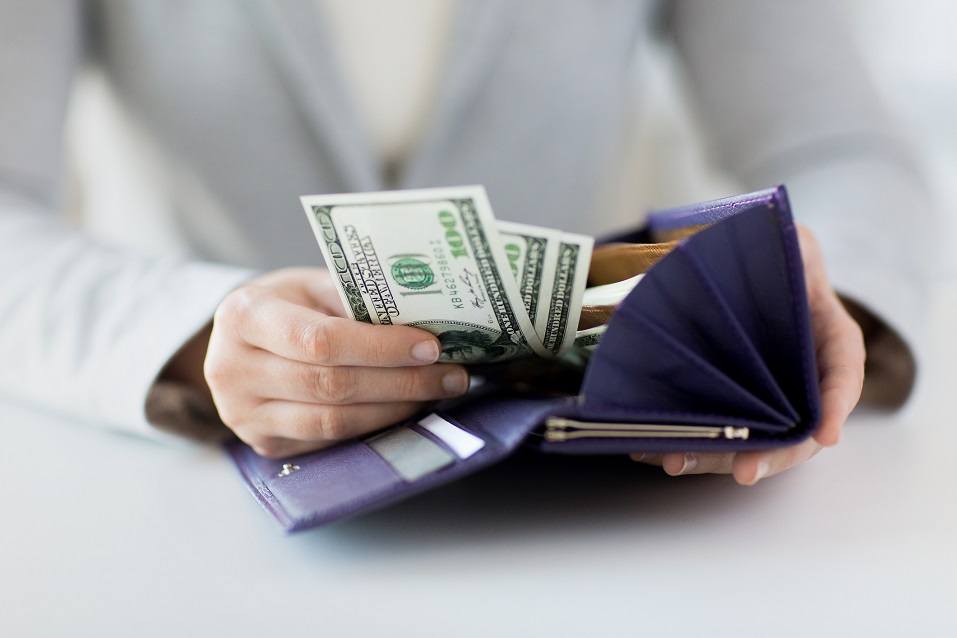 Wealthy people can be found in certain areas of every region. | iStock.com/dolgachov

California might be the hub for high incomes and high home values, but there are enclaves of wealthy people all across the country. NerdWallet broke out wealthy cities by region as well, which gives us a good idea where the richest people call home — whether that’s in the Northeast, South, or West. Here are the top cities for each region.

As we’ve just covered, the western states are overrun by Californian cities. In fact, no city in any other state scores high enough to crack the top 20 in NerdWallet’s study. Palo Alto has an overall wealth score of 79.80, a full seven points ahead of the next-wealthiest city.

It makes sense that the wealthiest Midwestern city would be a suburb of Chicago. Household income is in the ranks of many salaries in California, but home values are what makes the largest difference. Your dollars go farther when purchasing a home in Naperville than even in the No. 10 ranked city of Carlsbad, where real estate costs are doubled.

Again, sky-high home values were what accelerated Bethesda to the top of the wealthiest cities in the South, let alone the entire country. There’s a steep drop in overall scores from the No. 1 to the No. 2 spot: Bethesda scored 86.62, while Ellicott City, Maryland scored the next-highest with 69.24. Broadly speaking, the most wealthy cities in this region are either suburbs of Washington, D.C., or are located in suburbs of large Texas cities.

This suburb of Boston comes just behind Naperville in the nationwide rankings put together by NerdWallet. This makes sense, considering similar levels of income, home value, and credit limits.