The Caribbean Islands prepare to be battered again as Tropical Storm Maria, expected to become a hurricane, approaches with sustained winds of 50 mph. The storm is currently moving toward the Caribbean at 19 mph, according to the National Hurricane Center.

As the storm continues its path, it could “affect the British and U.S. Virgin Islands and Puerto Rico by mid week as a dangerous major hurricane,” the NHC reported.

It was still too early to predict whether Maria would impact Florida. A run of the European model, which reliably tracked Irma, takes the storm toward Florida.

9/17/17 456 am – Latest on Tropical Storm Maria. Still way too early to assess any possible impacts, if any, to South Florida. #flwx pic.twitter.com/ka4jaX2the

In other tropical storm news, Hurricane Jose is currently a Category 1 storm located about 480  miles south-southeast of Cape Hatteras, North Carolina. It could bring rain and wind to the Northeastern U.S. early next week. Tropical Storm Lee formed early Saturday in the eastern Atlantic Ocean, packing maximum sustained winds of 40 mph. Lee is not expected to gain much strength and will likely fade to a tropical depression by Wednesday without affecting land, the NHC said.

For the second time this year, we have 3 active tropical cyclones spinning across the Atlantic. #Maria predicted to strengthen into a Major. pic.twitter.com/rKPbftBNLa

Earlier this month, Hurricane Irma battered the Caribbean Islands, then hit Cuba and eventually made landfall on Florida’s Cudjoe Key and Marco Island on Sept 10. Irma was responsible for at least 32 deaths across the state of Florida and at least 69 deaths overall. Victims included eight residents of a sweltering Hollywood nursing home. Other victims were drowned, electrocuted, crushed by tree limbs or buildings, or poisoned by generators running inside homes. 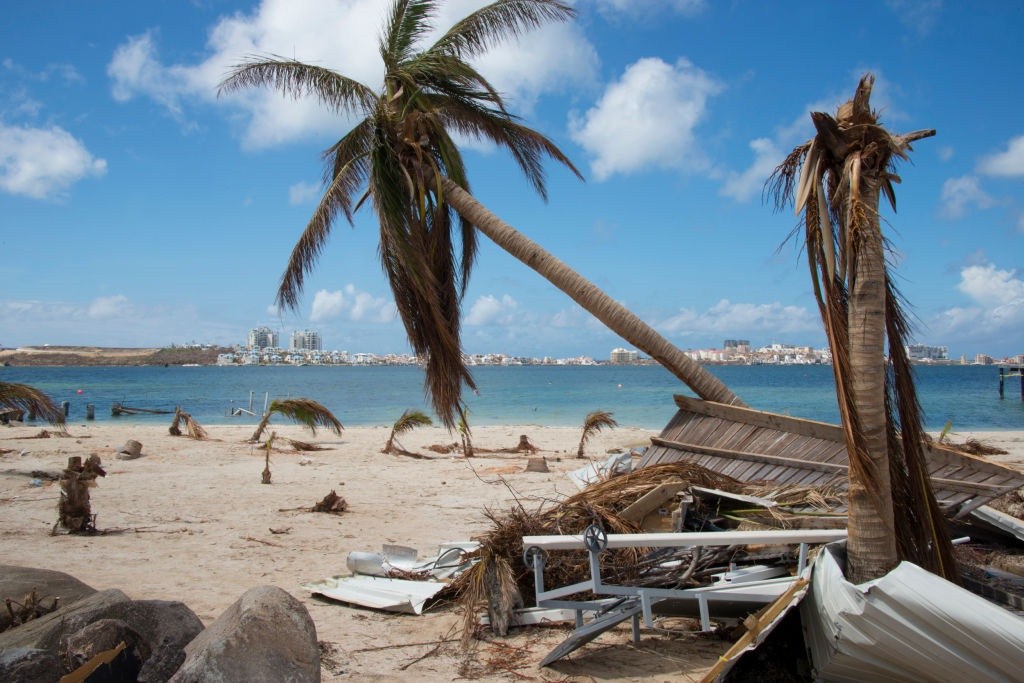 A picture taken in Nettle Beach bay on the French Caribbean island of Saint Martin on September 16, 2017 shows the damaged Hotel Mercure after the island was hit by Hurricane Irma. | Helene Valenzuela/AFP/Getty Images