You Need to Try These Underrated Airlines

I was flying from Los Angeles to Boston when I discovered the best little airline I’d never heard of. I was looking for a budget airline that would get me to a wedding on the cheap. My go-to at that point was Spirit — I suffered through the lack of legroom and shoved everything into a backpack to avoid their odious baggage and “extras” fees. For whatever reason, Spirit wasn’t an option, and I benefited from that. I booked a flight on Sun Country Airlines, figuring it was a crappy Spirit equivalent, and almost expected a propeller plane to be waiting on the tarmac.

Maybe it was because I’d been flying budget airlines for so long, but I couldn’t get over how smoothly the flights went. I flew on a total of four Sun Country flights over that three-day weekend. Every single flight left the gate on time — down to the minute printed on my boarding passes. Carry-ons were free (something I no longer take for granted), along with the complimentary snacks and (non-alcoholic) drinks. The staff was professional, and travel once again became a means to an end, not the basis for the horror stories you tell once you actually get to your destination.

Maybe someday I’ll rate highly enough for consistent bookings in business or first class, but for now my experiences in economy have been widespread. Some flights still give an aura of wonder to travel. Others just feel like you’ve been packed onto a flying bus. Glamorous, it is not. 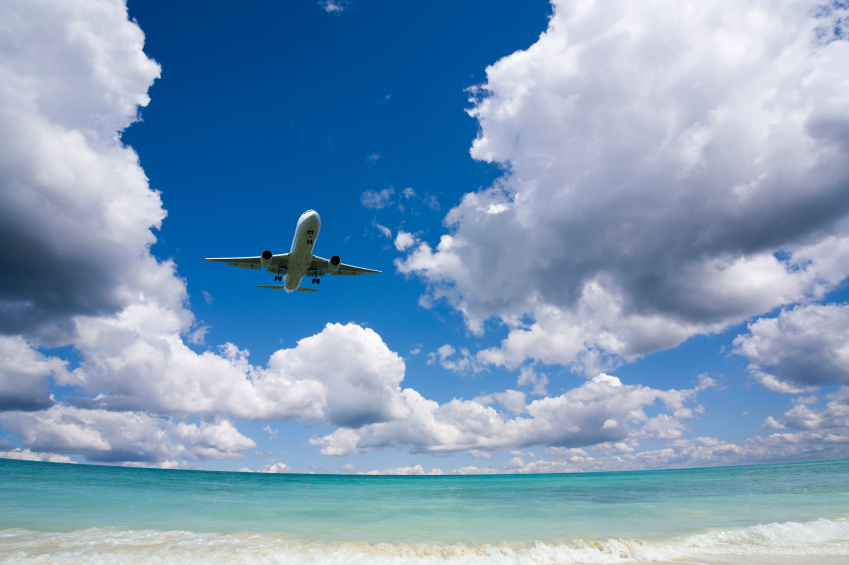 We all know which airlines that are recognized for world-class service and amenities. Skytrax honors those airlines each year with its World Airline Awards, which are based on customer satisfaction surveys and are some of the most prestigious in the industry. Emirates took the top place in 2016, followed by Qatar Airways and Singapore Airlines. (Not surprisingly, Virgin America took the top spot in North America.)

But what about the airlines that get consistently decent ratings, but are also affordable for families and travelers who aren’t on a company expense account? These airlines fall somewhere in between the luxury of the top airlines and the soul-sucking experiences of the flights we take simply because there’s only $300 left in our travel budget. These ones are worth your consideration when you’re flying in the United States or abroad. 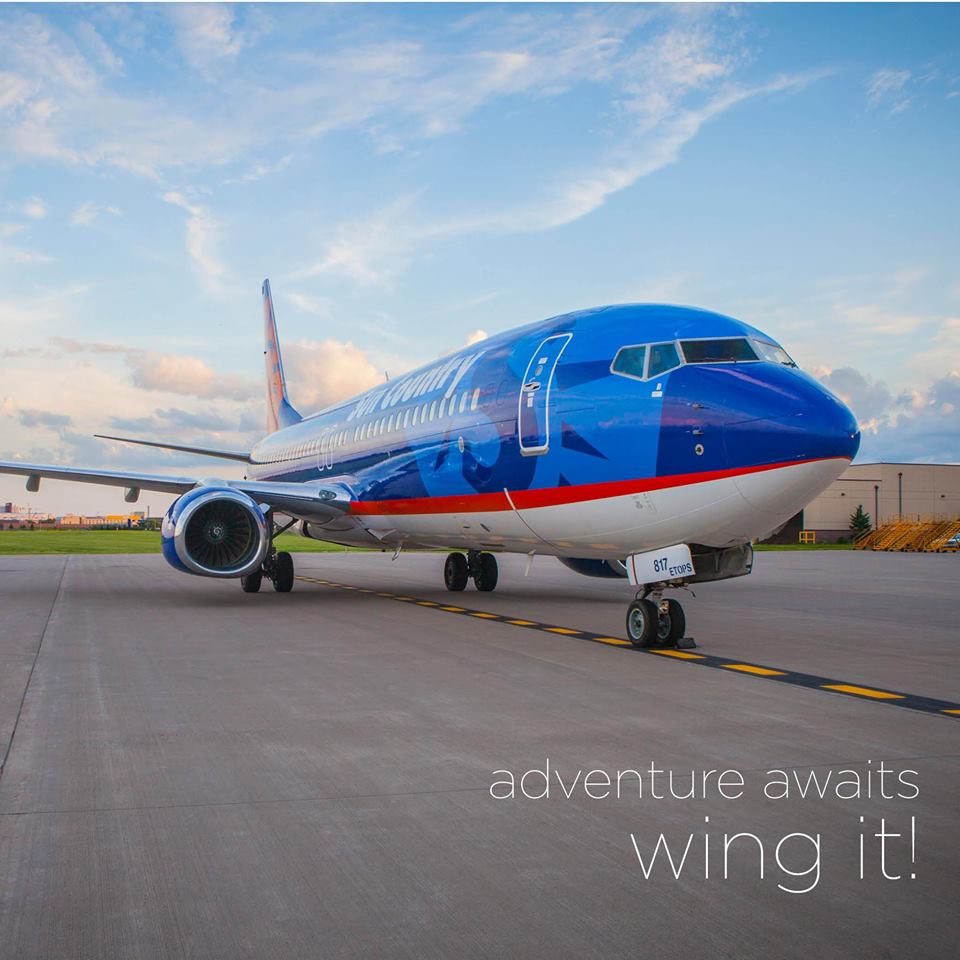 Apparently, I’m not the only one pleasantly surprised by Sun Country’s level of service. The airline received four out of five stars on TripAdvisor (from more than 200 reviews). The airline, which is owned privately by Cambria and is based in Minneapolis, rated highly for customer service, the check-in process, and value for your money, among other items. It earns slightly lower marks on Skytrax, but reviewers agree the value and customer service are quality. It also made the Top 10 list from Skytrax for low-cost carries in North America.

There are some downsides to the airline, however. It’s still a low-cost carrier, so economy seats could be cramped. The biggest issue is flight availability: The airline flies to just 30 destinations in the U.S., Mexico, Costa Rica, and the Caribbean. Many long flights will have a pit-stop in Minneapolis, the airline’s hub. However if you’re choosing between Sun Country and other low-cost options, it’s worth it to give them a try.

For the eighth year in a row, AirAsia topped Skytrax’s list of low-cost airlines. The airline has numerous destinations, mostly concentrated in Southeast Asia. The company operates out of several countries, with the Malaysian, Indian, and Thai branches garnering three and a half and four stars on TripAdvisor. Value for your money, cleanliness, and customer service were all rated highly.

Skytrax does an independent star rating system separate from its awards. AirAsia is a three-star airline — which is pretty good for a budget choice, considering most premier services like Lufthansa, Virgin America, and JetBlue are just one step ahead in the four-star category. (Only eight airlines have achieved the coveted five-star rating.) The airline scores poorly on in-flight entertainment options, but otherwise receives complimentary ratings on Skytrax for value and customer service.

Another three-star airline from Skytrax, this airline is based in Australia with flights to most of Southeast Asia. Its parent company is Qantas, and some of the same qualities carry over even to the lower-cost options Jetstar offers. It scored slightly lower on Skytrax than AirAsia, but one reviewer said their flight had “surprisingly professional handling, despite denoted as a ‘Low-Cost Carrier.'”

Not everyone was pleased with Jetstar’s service, according to TripAdvisor reviews for branches in Singapore and Australia. However, most said the value was good for the fares they paid. Another perk: If you happen to have Qantas points or rewards, they can be used on Jetstar flights. Qantas rewards members reap the same benefits on Jetstar flights, too. Jetstar ranked No. 5 on Skytrax’s list of low-cost carriers, and made the top 10 for several other categories, including long-haul flights and low-cost premium seats.

The reviews on Skytrax for this western airline oscillate wildly between extremely subpar and over-the-top excitement about great value. Like most consumer-based reviews, they mellow out to a happy medium with a six out of 10 rating. The reviews merit another three-star certification, getting special attention for customer service. WestJet also landed on Skytrax’s list of best low-cost carries, along with the No. 2 low-cost carrier in North America, only behind Virgin America.

Most reviewers on TripAdvisor listed in the “very good” or “excellent” categories, with customer service and cleanliness rating high overall. The company is based in Canada, but flies all over North America, with some destinations to the U.K.

When it comes to Skytrax awards for low-cost carriers, Norwegian finds itself toward the top of the list in almost every category. It ranked No. 3 overall for low-cost carriers, and was the best for long-haul flights among its budget counterparts. Customers on Skytrax rated it an average of seven out of 10, and it’s in the top of the three-starred airlines. Seat comfort, staff service, and value for money all rated highly.

Obviously based in Norway, the airline is one of the largest in Europe with more than 125 destinations, along with long-distance options to Asia and North America. Most reviewers on TripAdvisor gave it a “very good” or “excellent” rating, with praise for its customer service, cleanliness, and value.

If you’re going to upgrade in a low-budget airline, Scoot is the airline for you. The company didn’t land in the overall top 10 list from Skytrax this year, but did rate highly for its premium cabin space and seats. It also rated well for long-haul budget flights — not a trivial matter if you’re going to be stuck on a plane for more than a couple of hours.

A three-star airline, Scoot received an average six out of 10 rating on Skytrax from customers. It rated the worst for inflight entertainment, but if you bring your own reading material you will likely appreciate the value. “This was a very very cheap ticket and as such delivered excellent value — there are full fare airlines with worse economy classes,” said one reviewer on TripAdvisor. The Singapore-based airline makes stops all over Southeast Asia, and received three and a half stars out of five on the travel website.