The world’s billionaires are different from the rest of us in a lot of ways. They have unique characteristics, buy extravagant things with their money, and chances are they just think differently than everyone else. Having billions in the bank makes them different, but the world’s richest people are still down to Earth in some ways. They have their own penny-pinching habits and they enjoy relaxing the way the rest of us do. Even billionaires need to unwind after a long day at work. These are some of the weird and unique hobbies billionaires love. 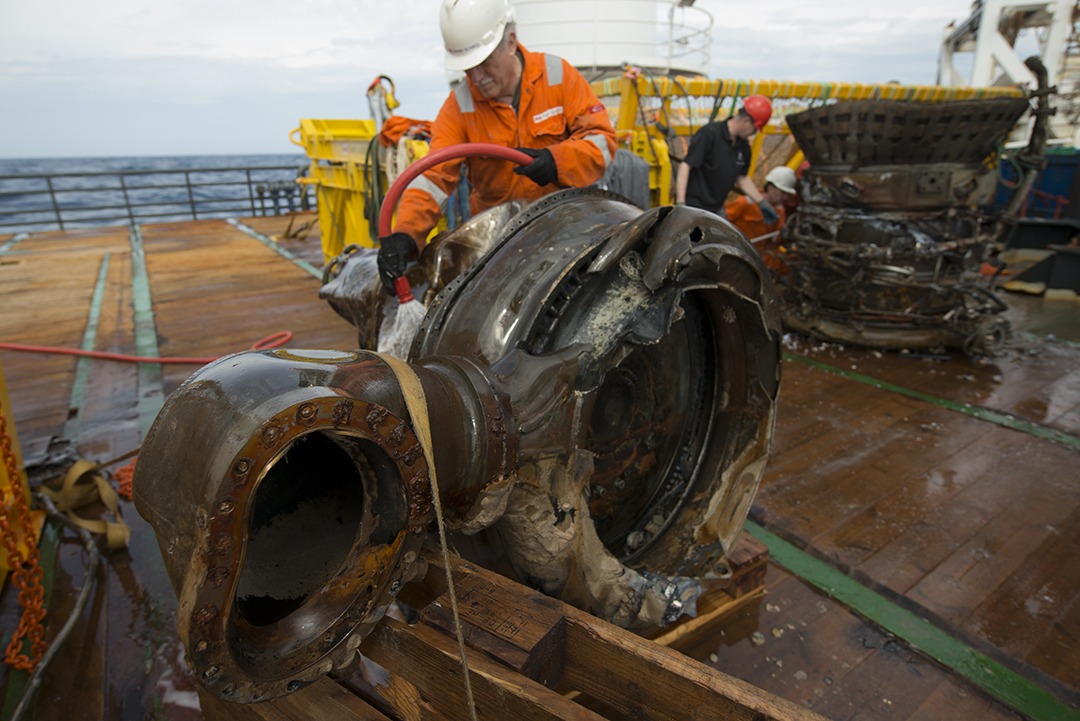 The richest of all the rich Americans enjoys a one-of-a-kind hobby. Jeff Bezos, the founder of aerospace company Blue Origin, enjoys searching for discarded NASA rockets in the world’s oceans.

Next: Playing with balloons, with a billionaire twist. 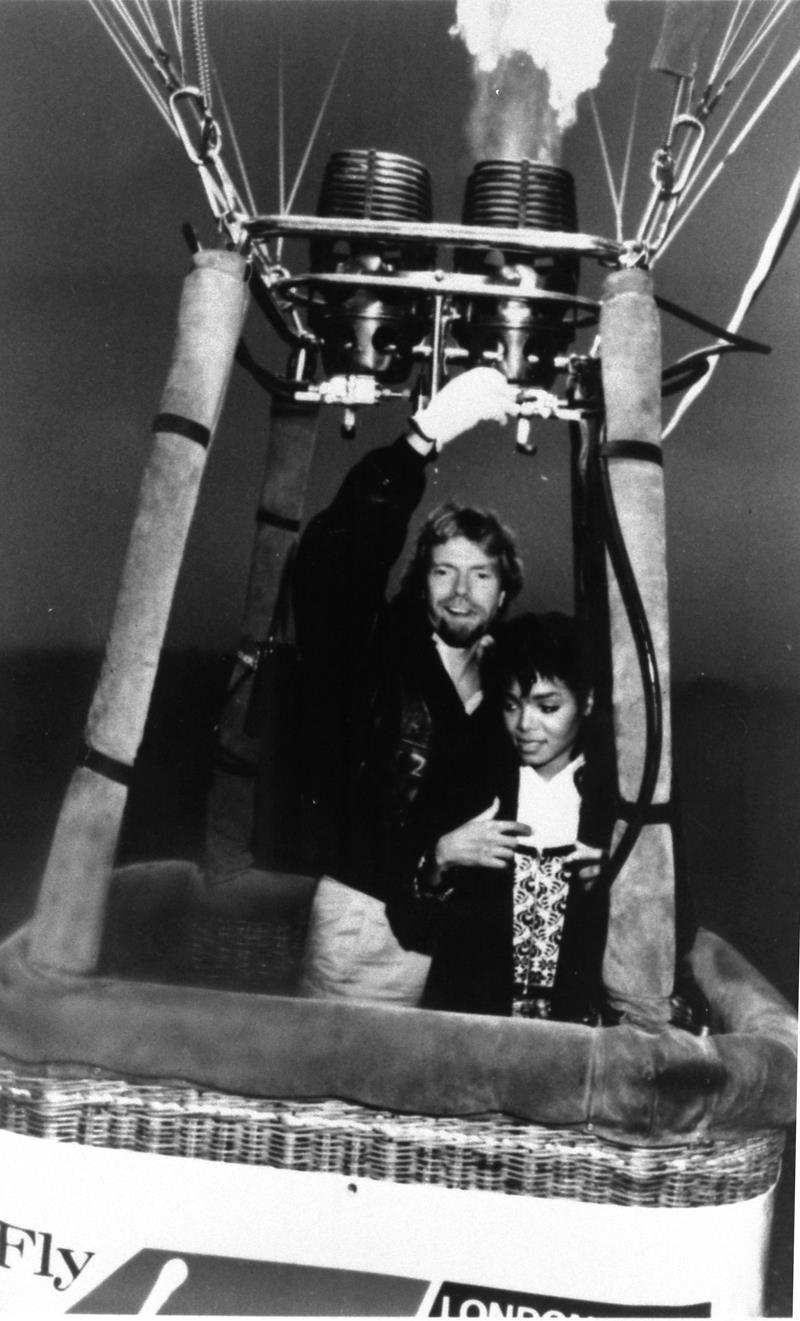 He even took Janet Jackson up in the balloon. | Richard Branson via Facebook

Richard Branson is a lot of things. The Virgin Group founder is smart, adventurous, and eccentric. He’s never afraid to try something new or dangerous, and his hobby reflects it. He successfully crossed the Atlantic Ocean in a hot air balloon in 1987, then he crossed the Pacific in 1991. We’d say those trips deserve a mention when we’re discussing the weird and unique hobbies billionaires love.

Next: Live in concert… 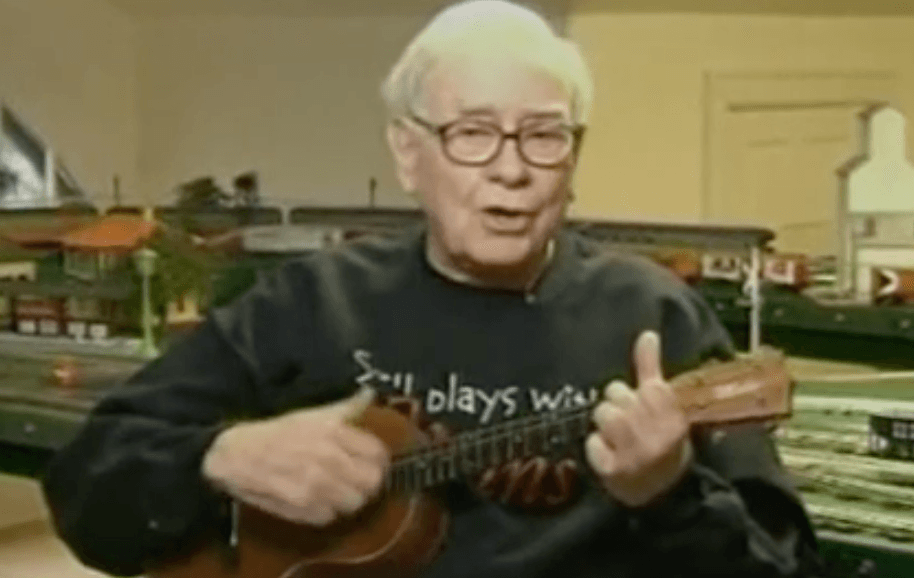 You’ve probably heard his sage investing tips over the years, but have you ever heard Warren Buffett play the ukulele? The billionaire in charge of Berkshire Hathaway plays the stringed instrument to unwind. It’s one of his favorite hobbies, and he’s not afraid to show off his skills on live TV.

Next: Let’s meet a man with several interesting hobbies. 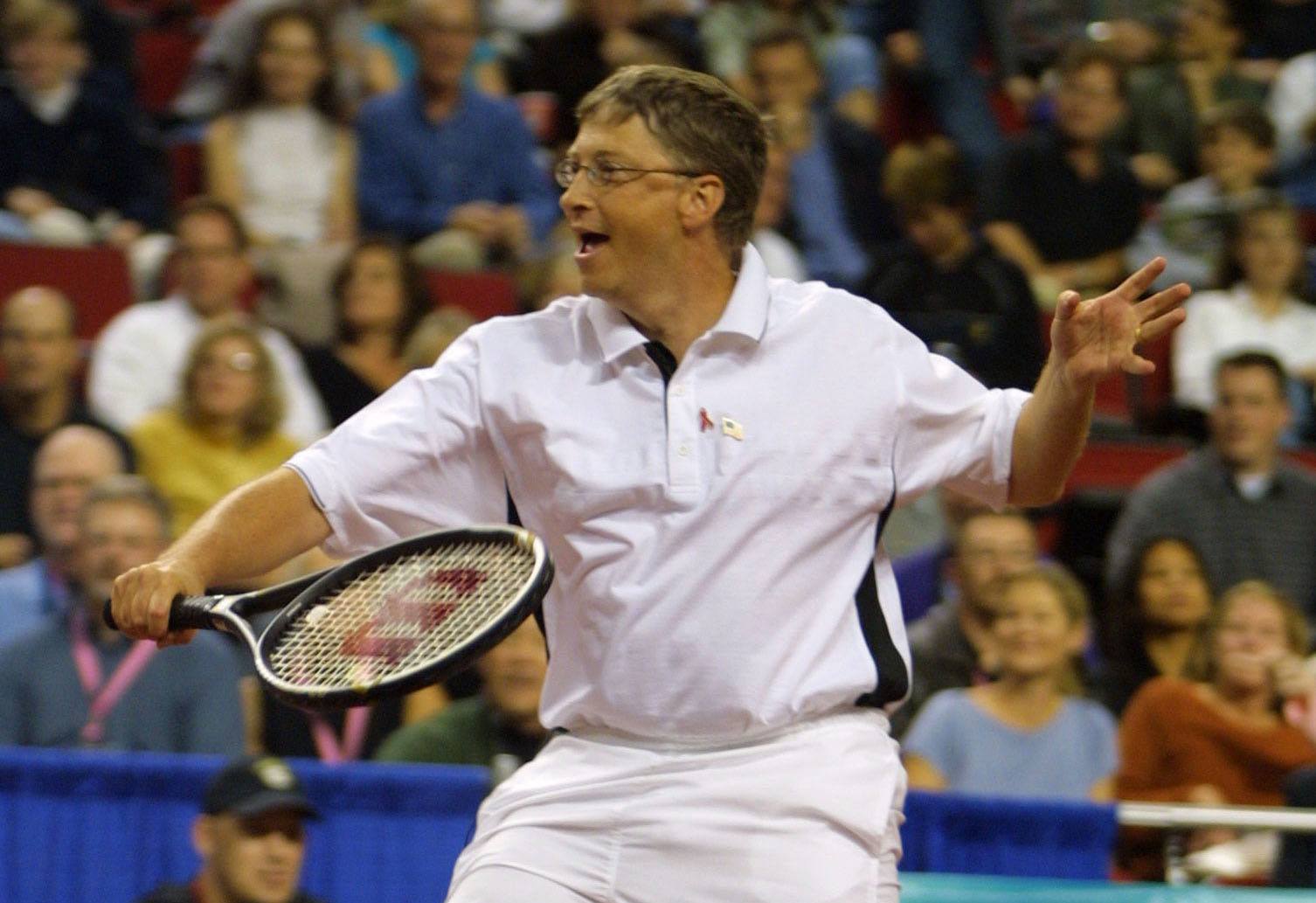 If you’re as rich and successful as Bill Gates, why limit yourself to just one hobby? The Microsoft founder told a Reddit AMA he enjoys playing tennis and bridge in his spare time. Book collecting is up there, too. Gates shelled out $30.8 million for a Leonardo da Vinci manuscript. So when it comes to the weird and unique hobbies billionaires love, Gates has most of them covered.

Next: A car man who owns a famous movie car. 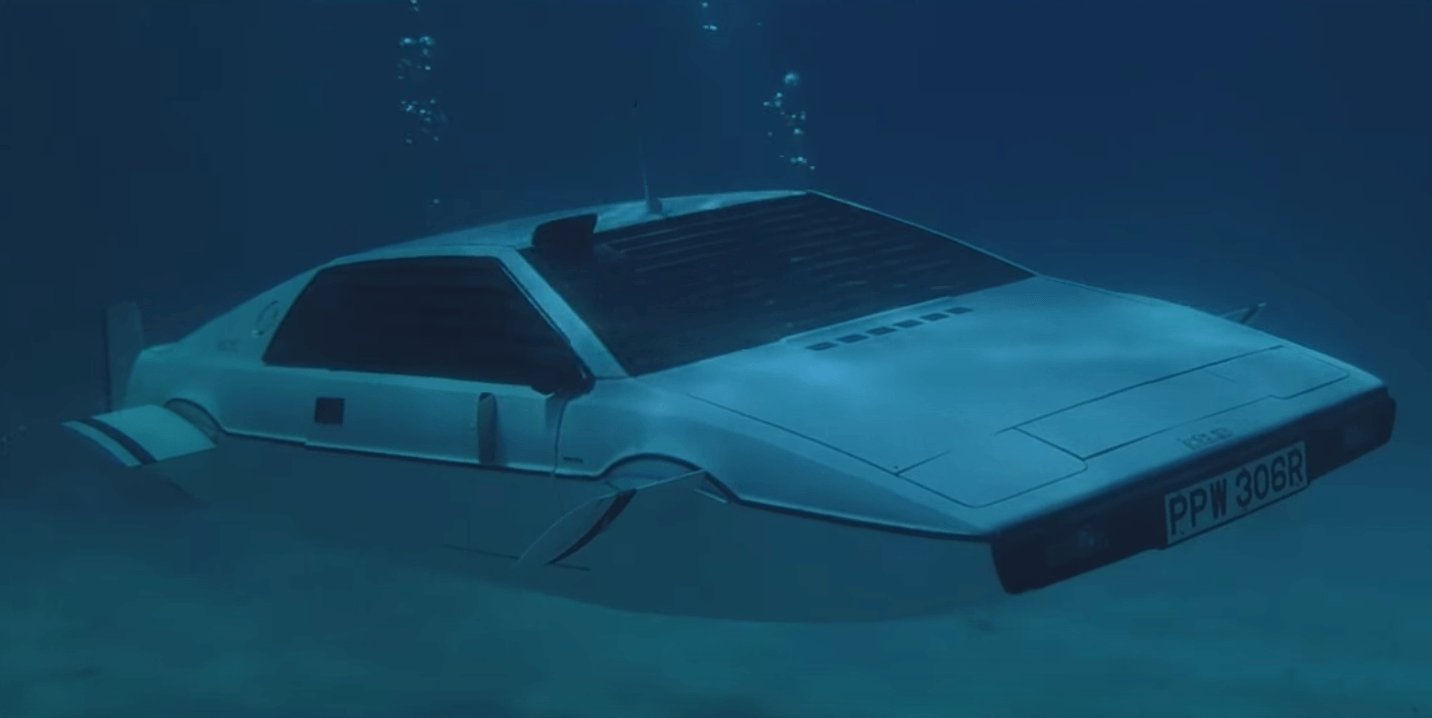 He wasn’t able to actually transform it sadly. | Movie Clips via Youtube

This ranks right up there for weird and unique hobbies billionaires love. Tesla CEO Elon Musk paid close to $1 million for the Lotus Elise submarine car from the James Bond movie The Spy Who Loved Me. His dream of turning it into an actual submarine car didn’t come true, but maybe things will change if he becomes the richest person in the world.

Next: Move over, The Louvre. 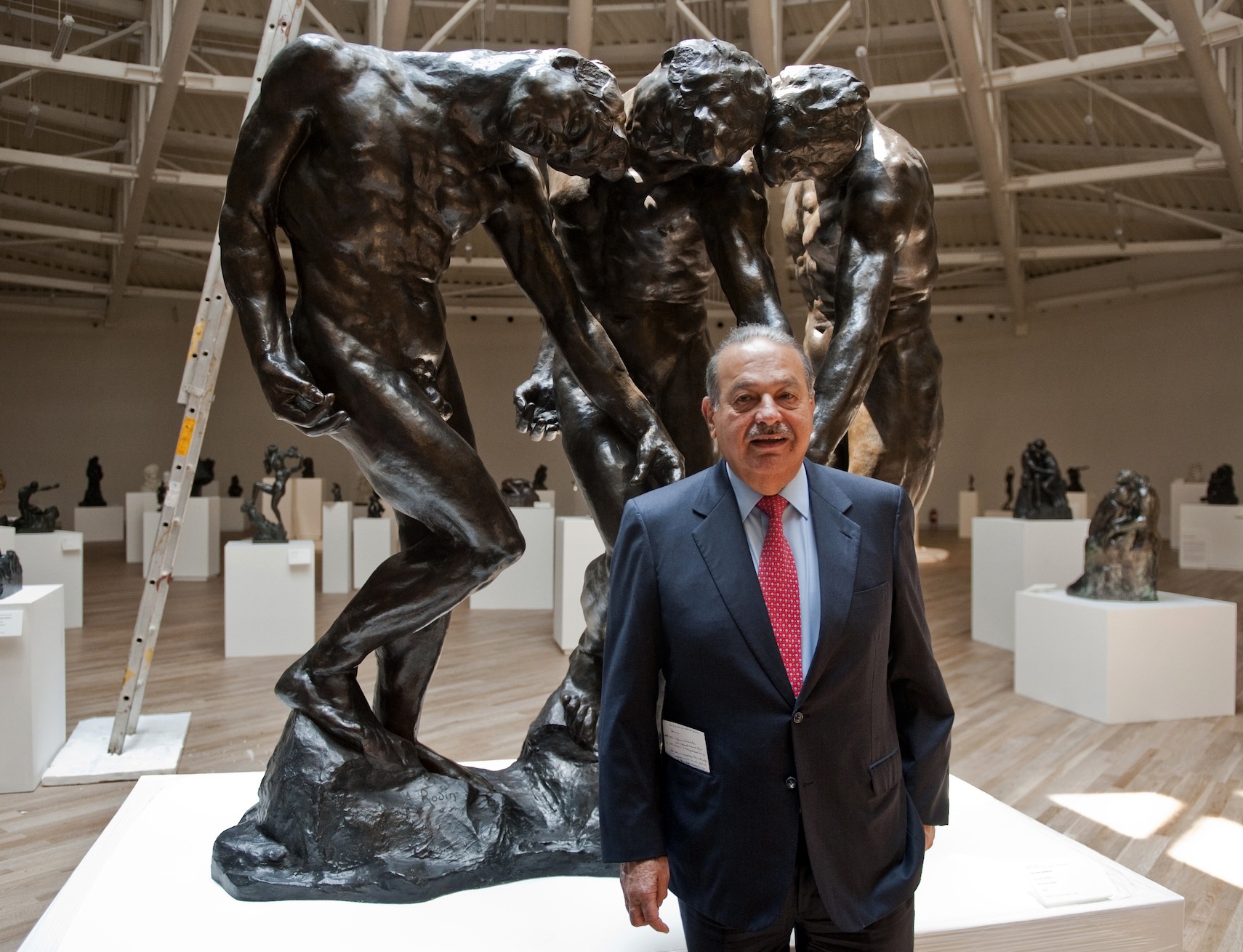 He has a passion for art. | Ronaldo Schemidt/AFP/Getty Images

Mexico’s richest man has his hands in a lot of businesses, but his stake in Latin America mobile phone giant America Movil accounts for much of his wealth. Collecting art is a hobby and a source of wealth. He owns works by Van Gogh, Rodin, Renoir, and Michelangelo, among others, according to The Telegraph.

Next: He always makes time for this hobby. 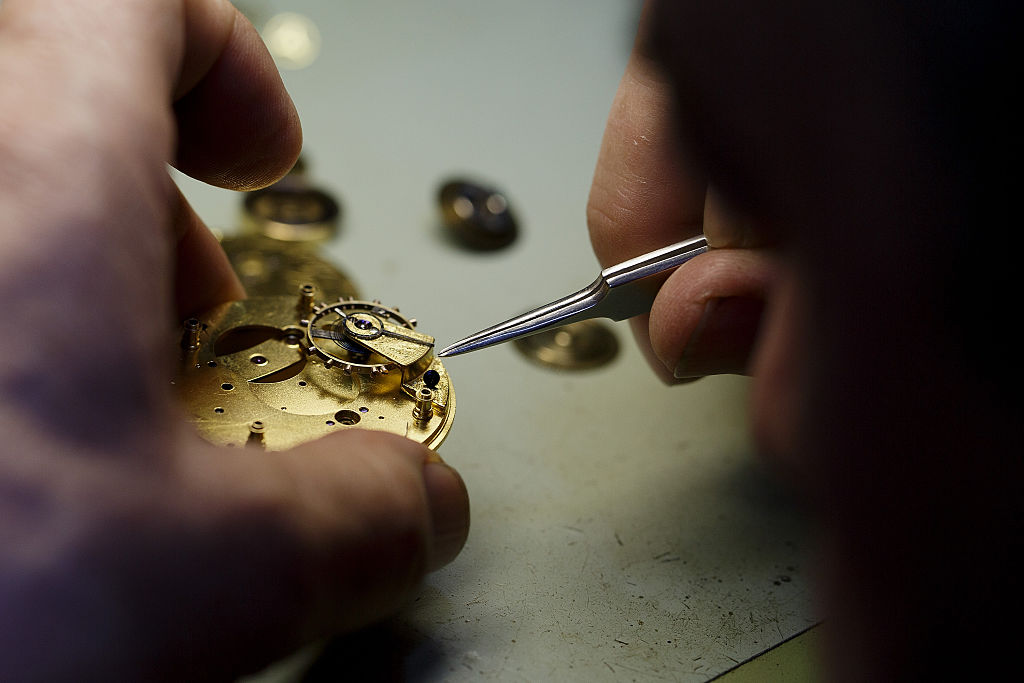 Yes, you read that right. The man who owns National Gypsum (and lots of Bank of America stock) spends his spare time fixing clocks. He tells Forbes that working with his eyes and hands is relaxing. We’d definitely call that one of the most unique billionaire hobbies we’ve heard about.

Next: Taking a bath in the best possible way.

She has a custom made tub. | GIPHY

The woman who routinely handed out awesome gifts to her audience members gifts herself quite time in the bath. It’s probably her favorite thing to do. Unwinding in a warm bath is something most of can relate to, but Oprah puts a billionaire spin on it. She luxuriates in a custom hard-carved tub of marble and onyx.

These people aren’t close to being billionaires, but they are successful and have some unique hobbies. 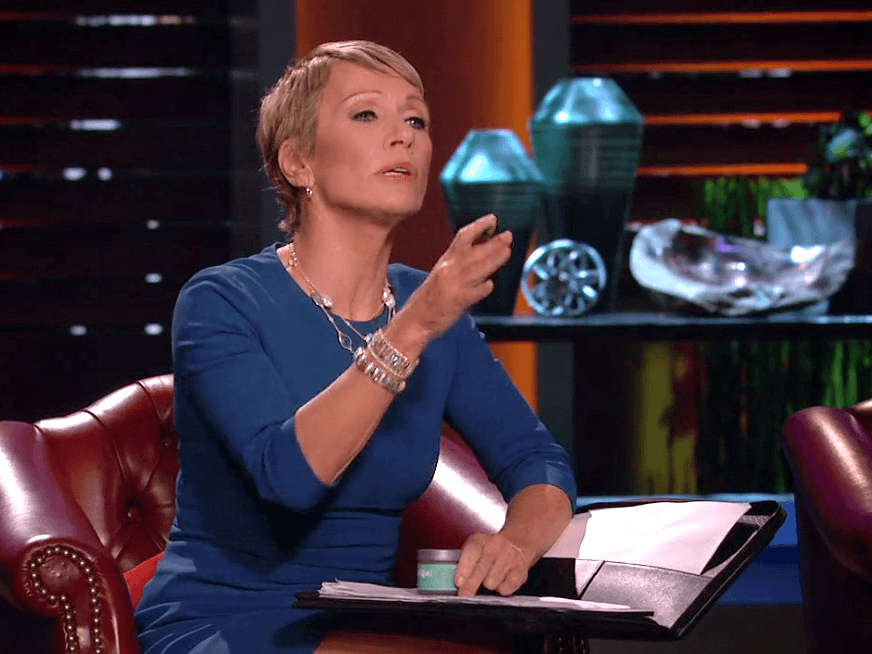 The Shark Tank star is a self-made millionaire, but she knows how to relax, too. Hosting a dinner party can be stressful, but Barbara Corcoran loves hosting her friends. She tells Entrepreneur that coming up with a theme and a menu, and seeing all her friends in one place, is fun.

Next: A not-so-secret second identity. He’s not a billionaire, but he does have an interesting hobby. | DJ DSol via Instagram

Goldman Sachs’ president in waiting might not be a billionaire, but the company manages up to $100 billion. So what does David Solomon do to unwind? He plays DJ sets under the name DJ D-Sol. We’re not talking performing for a few friends in the basement, either. Solomon plays New York, Miami, and the Bahamas, and DJD-Sol has his own Instagram account, too.