Great movies can transplant us to places that only exist in their creator’s imagination. We may not be able to actually visit Middle Earth, Wonderland, or a galaxy far, far away, but movies make us feel like we know those places. In some cases, you can experience a little bit of the magic in real life by visiting spots where those movies were filmed. Lord of the Rings fans can tour the Hobbiton movie set in New Zealand, for example, while those who love Star Wars can spend the night in Luke Skywalker’s childhood home.

Unfortunately, there’s not an exact real-life counterpart to all of our favorite movies. But that doesn’t mean that there aren’t places that are pretty similar. Here’s our list of five fictional movie locations we’d like to visit, and where you can go instead. 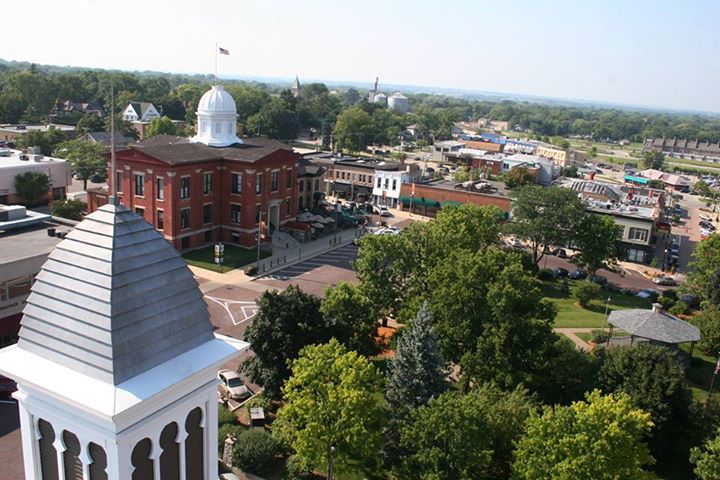 Marty McFly may be able to travel back to the future, but you cannot travel to Hill Valley, Calif. The idyllic 1950s town exists only on the Universal Studios backlot (though you can see the famous Courthouse Square on the studio tour) and at scattered filming locations around Southern California.

Hill Valley may exist only in the movies, but it’s supposed to look like a quintessential American small town, which makes it pretty easy to find lookalikes. One similar locale is Woodstock, Ill., about 60 miles northwest of Chicago. Small shops and restaurants surround a leafy square, and there’s even a courthouse (sadly, it lacks a clock tower). In fact, the town’s so charming that it served as the filming location for Groundhog Day, which the town celebrates with an annual festival. 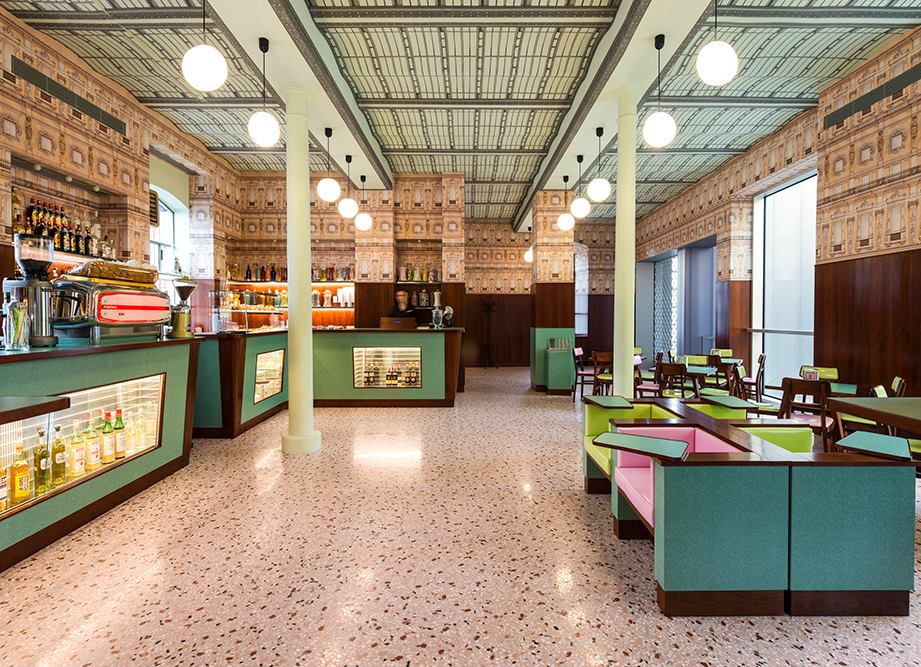 Wes Anderson’s 2014 movie The Grand Budapest Hotel is set in a small Eastern European country called the Republic of Zubrowka. Both the hotel and the country are creations of the director’s very detailed imagination, but they were inspired by some real places, including the city of Karlovy Vary in the Czech Republic and the Grandhotel Pupp, as set designer Adam Stockhausen told National Geographic. The scenes in Mendl’s confectionary shop were filmed in an actual Dresden bakery.

Fans who really want to immerse themselves in Wes Anderson’s meticulously crafted world, however, should travel to Milan and pay a visit to Bar Luce. Anderson helped design the restaurant, which features a Steve Zissou pinball machine and his signature pastel color palette. Sipping coffee here will have to tide you over until Anderson and frequent collaborator Mark Mothersbaugh turn their theme park dreams into reality. 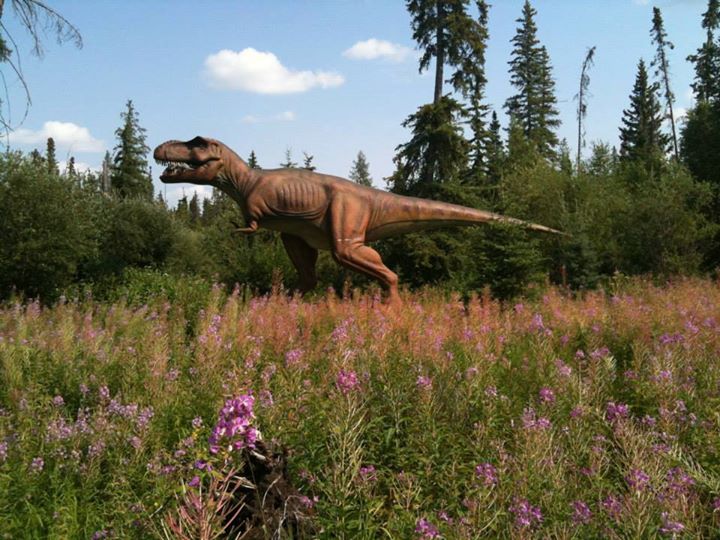 Steven Spielberg’s cautionary tale about the dangers of messing around with nature is a modern-day classic. While we might enjoy watching dinosaurs run amok on screen, most will be relieved to know that the chances of anyone actually being able to clone dinosaurs seem pretty much nonexistent (though some scientists say it might soon be possible to bring extinct woolly mammoths back from the dead). Still, the idea of actually being able to see real-life dinosaurs is certainly intriguing.

For now, if you’d like to get up-close-and-personal with a T. Rex, you’ll have to settle for the realistic replicas at Jurassic Forest in Edmonton, Alberta. The park is home to 40 life-size, animatronic dinosaurs, like a stegosaurus and a triceratops, in a 40-acre preserve. This kid-friendly attraction also features a paleontological dig site, play area, and mini golf, along with educational exhibits about dinosaurs and the world they lived in.

In Jean-Luc Godard’s 1965 sci-fi noir Alphaville, a secret agent is sent on a mission to track down and kill the dictatorial ruler of the titular city. To create his version of a technocratic dystopia where citizens are executed for displaying emotions, Godard didn’t use special effects; instead, he shot his film at various locations around Paris, using the futuristic, modern buildings that were springing up around the city as the ominous setting for his film. It might not be a place you’d want to live, but we do think it could be an interesting, albeit slightly scary, place to visit.

The closest real-life parallel to Alphaville might be Brasília, a city created in the mid-1950s to serve as the new capital of Brazil. Designed by urban planner Lucio Costa and architect Oscar Niemeyer, it’s the epitome of ambitious, modernist city planning, with dramatic buildings, massive highways, and expansive plazas. The city’s design has also been criticized for being cold and impersonal — in other words, Alphaville, brought to life. 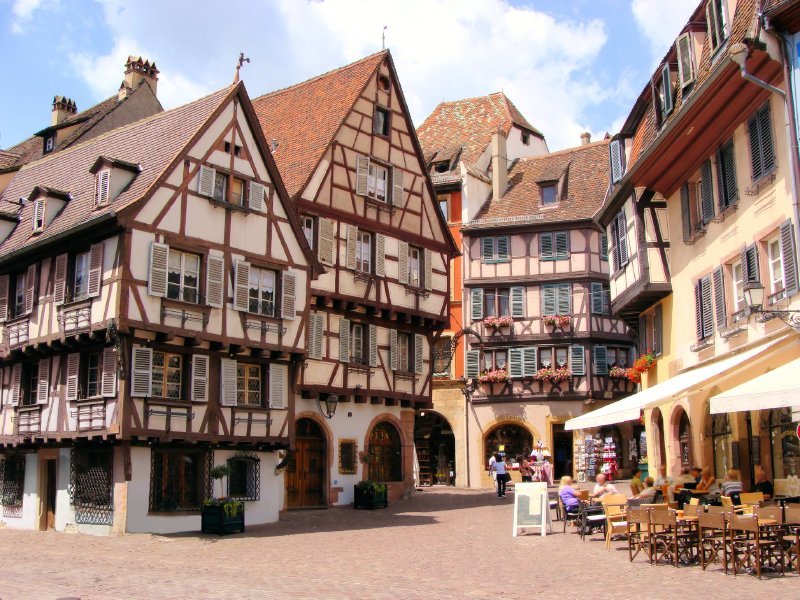 In the Harry Potter films and books, students at Hogwarts head to the neighboring town of Hogsmeade when they need a break from practicing their spells. It’s a quaint English country village full of “little thatched cottages and shops,” though all the inhabitants are magical, of course.

Naturally, the Wizarding World of Harry Potter attraction at the Universal Orlando Resort includes a replica Hogsmeade, where you can shop for candy at Honeydukes and sip a butterbeer at the Three Broomsticks. But if you’re not up for braving the theme park crowds, you could visit Colmar, a city in France’s Alsace region, which BuzzFeed named one of 17 towns that look like Hogsmeade at Christmas. As you wander the streets of the picturesque old town section, you may feel like you could bump into Harry, Ron, and Hermione at any moment. Parts of this medieval town were also the inspiration for the city in Hayao Miyazaki’s film Howl’s Moving Castle.