Visiting Paris? These Are All the Things Locals Will Judge You For 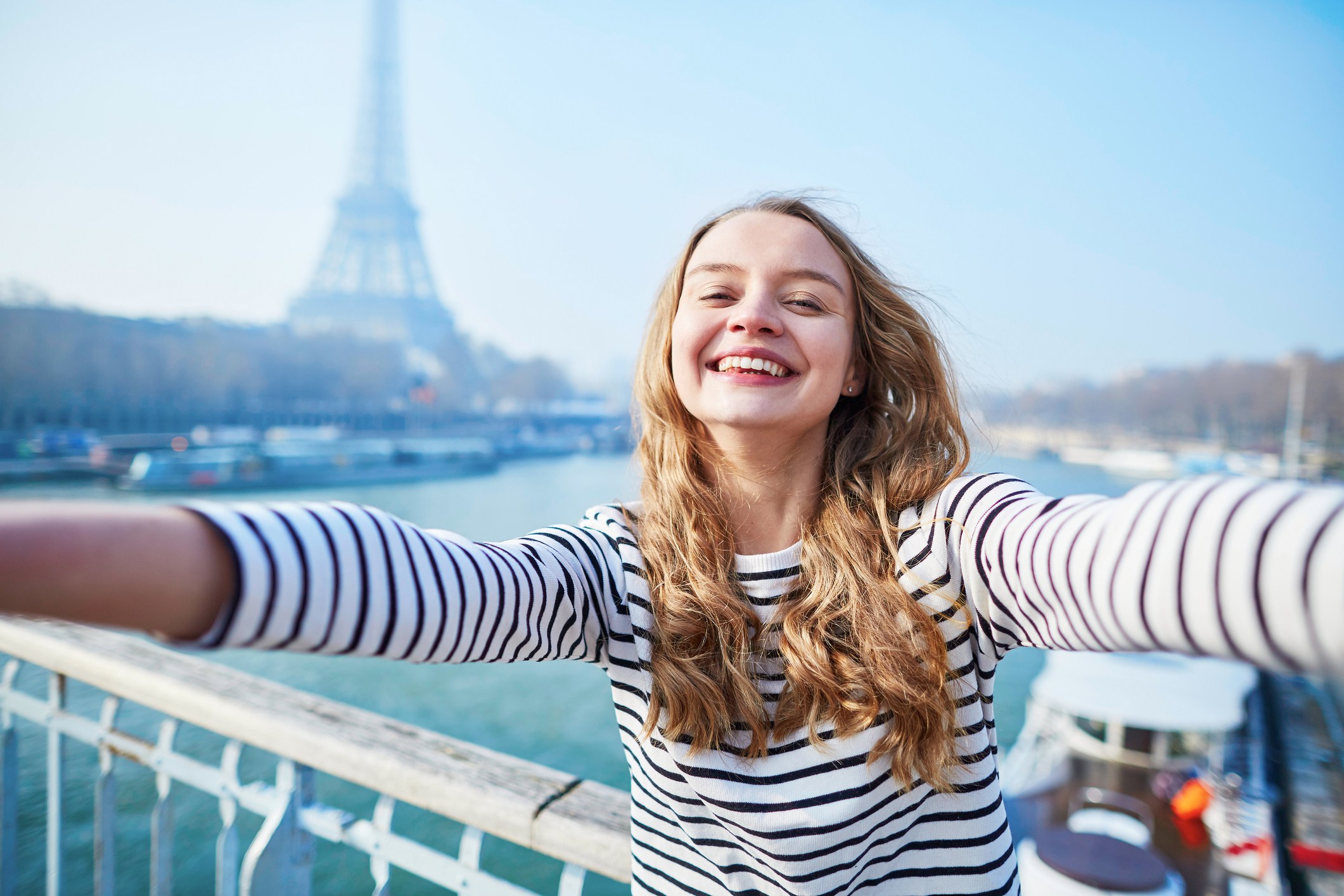 If you’re going to explore Paris, there are some things you should know. | encrier/iStock/Getty Images

If you’ve been to Paris you might have felt a bit of a chill coming from the locals. Parisians have a reputation for not really digging the approximately 20 million tourists who visit the City of Lights each year.

Hmmm … perhaps they don’t love tourists for a reason. Discover seven offensive things you might be doing in Paris that will offend the locals. When in Paris, do as the Parisians do and you’ll be just fine.

Nearly every Parisian starts a conversation with the word bonjour, according to The Local. In fact, they consider it quite rude if you don’t say it. Don’t walk up to a local and ask him or her a question without saying hello first, period. That one little word goes a long way, and you might be surprised with a friendly answer if you take the second to say it first. 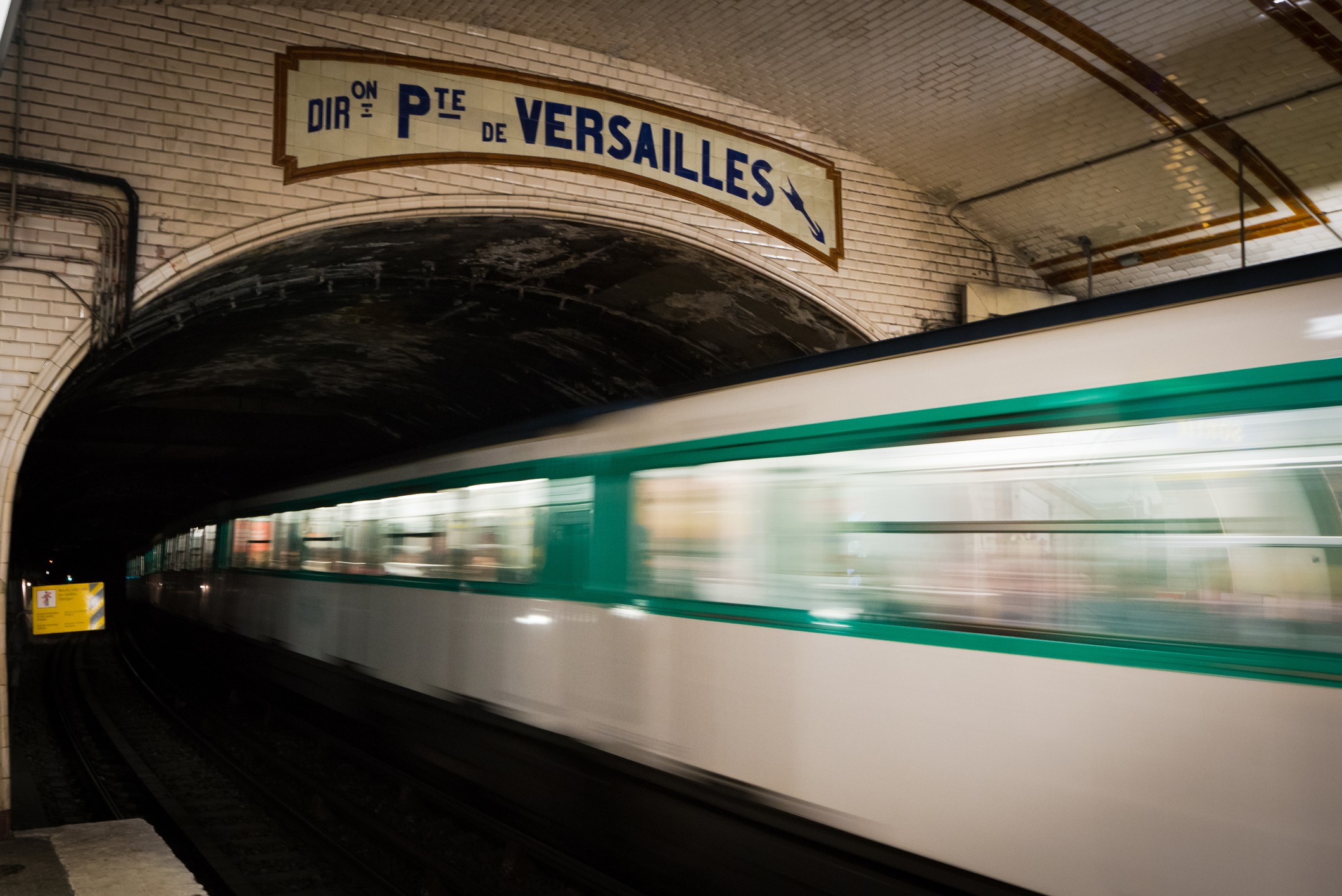 The metro has its own set of rules. | agaliza/iStock/Getty Images

You might be using the Metro in Paris to see the city, but Parisians are using it to get to work. Don’t be a Metro offender: Let people get off the train before you try to push in, don’t lean over people to get a look at the map, and don’t refuse to move down aisles to make room. Use your head and be polite. Basically, if you’re not hitting someone in the head with your backpack or standing in the middle of an aisle without a clue, you should be OK.

Next: Don’t be a road hog 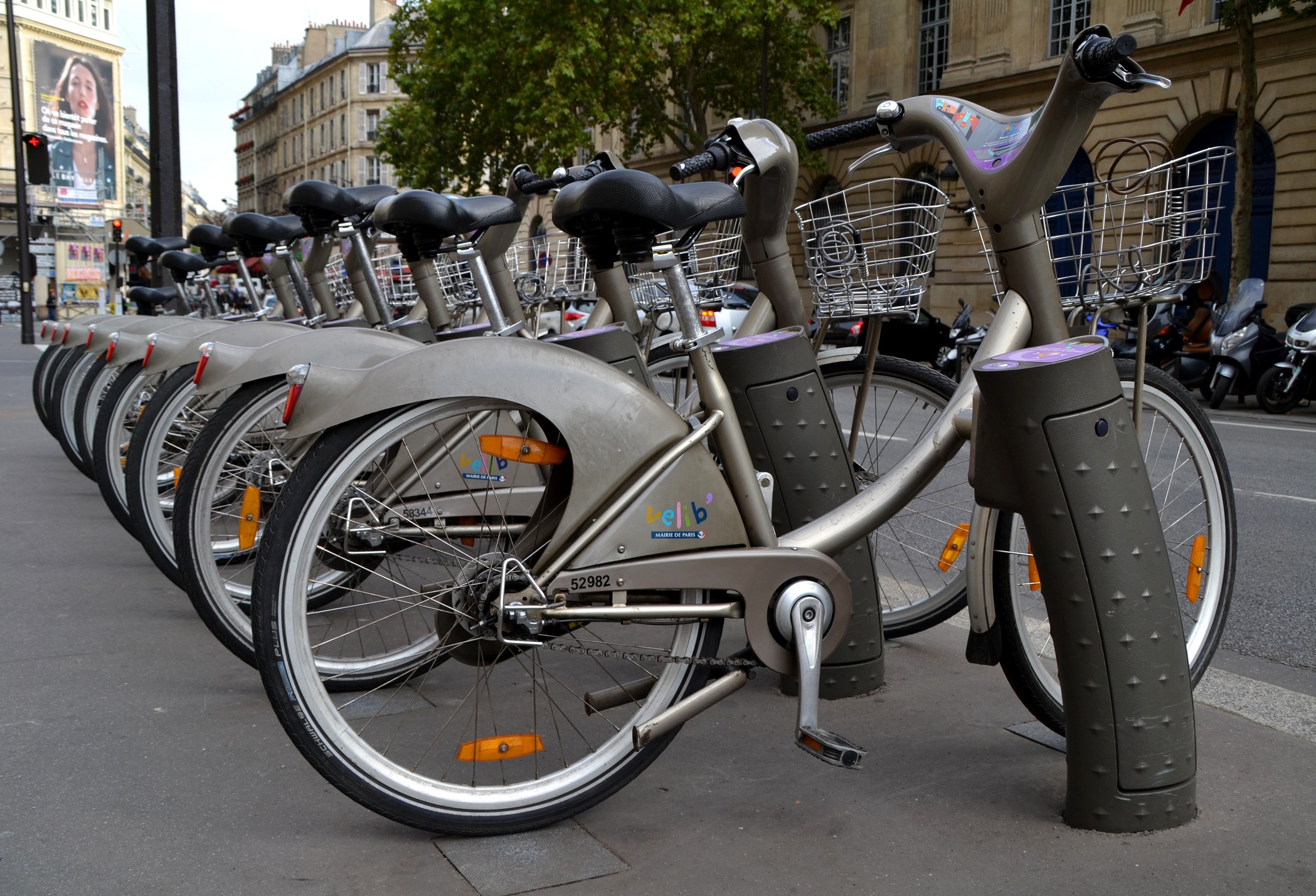 It’s a great way to see the city, but be respectful. | miff32/iStock/Getty Images

The Vélib bike rental system is in place so Parisians can get around town, not for groups of tourists to use for sightseeing, reported The Local. Don’t be part of a group that takes a bunch of bikes — and don’t spend an inordinate amount of time trying to figure out how the docking station works when locals are waiting. And whatever you do, stick to the roads when you’re riding — pedestrians don’t like bikes on the pavement, not one bit.

4. Refusing  to speak a tiny bit of French

It’s only fair when you visit any country that you try to master a few language basics. The French are very proud of their language, according to The Local. Parisians get annoyed when you can’t even ask them in French if they speak any English, and with good reason. Pick up a French language book and read it on the plane — you’ll be surprised at how far even a minimal effort will go. 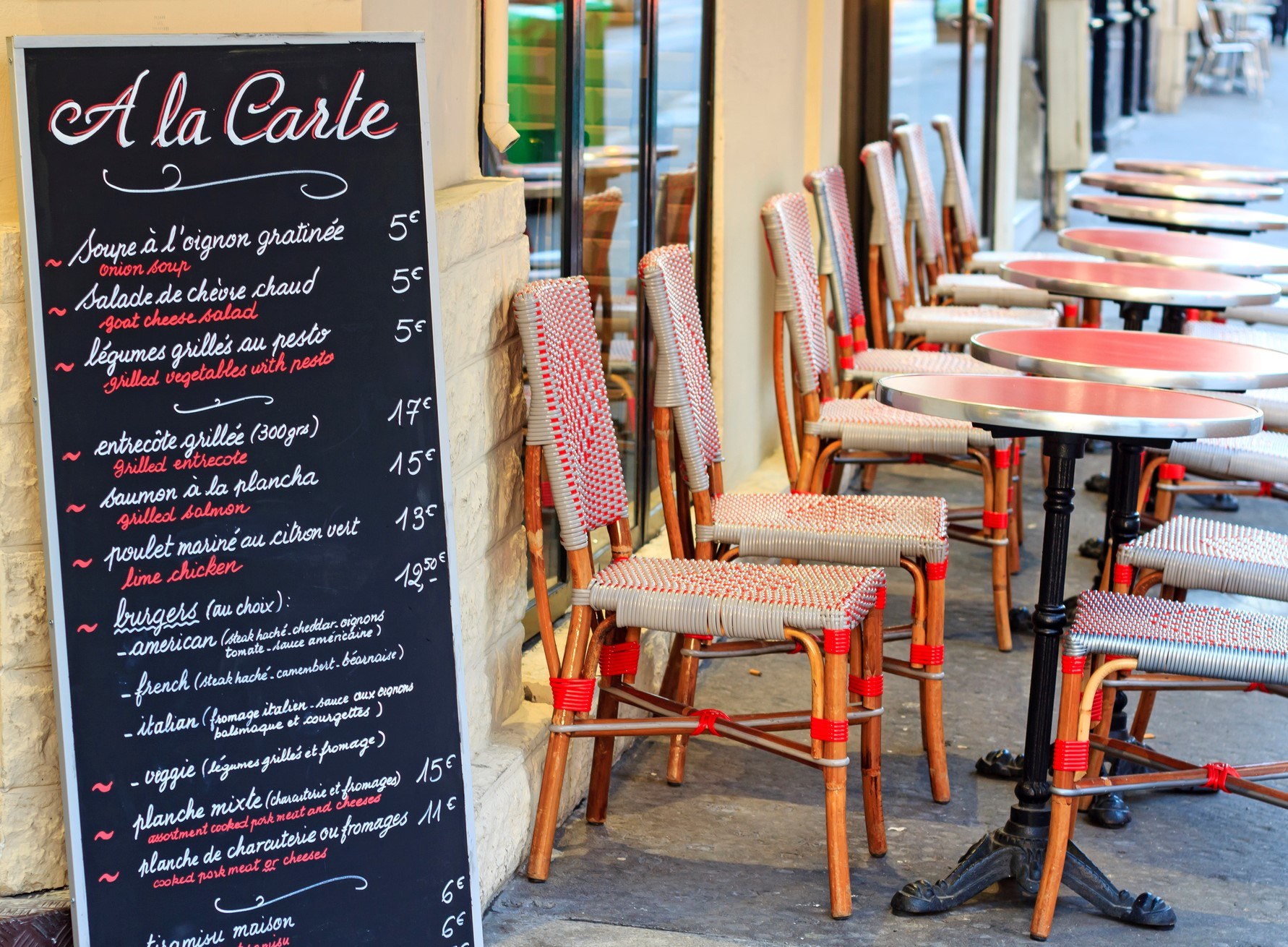 Parisian waiters — and apparently Parisian chefs — hate when diners try to change menu items. You are not in the U.S., where ordering a “triple Venti half-sweet nonfat Caramel Macchiato” is AOK. Do not ask for cheddar instead of goat cheese and do not order a well-done steak. Stick to the menu and you’ll be fine. 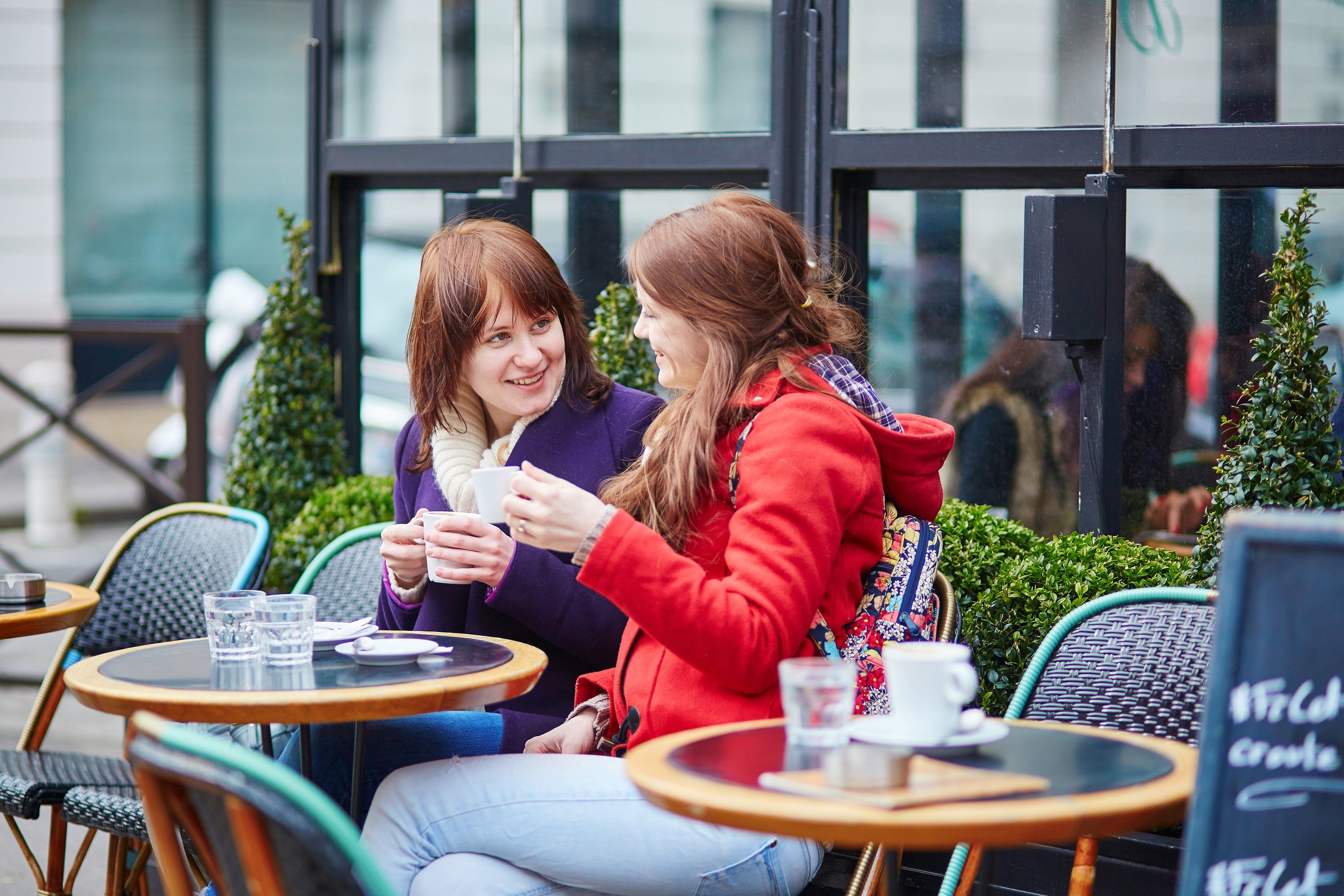 The French already speak at lower volumes, so your voices will soar above the rest. | encrier/iStock/Getty Images

Do the locals a favor and tone it down when you visit Paris. They simply aren’t fans of loud talkers. Because cafés generally pack in people like sardines, it’s crucial to keep your voice down so that everyone can hear the person or people with whom they’re eating. Keep in mind that Parisians are typically more reserved than, say, Americans, and way more discreet, so your loud voice feels like chalk on a chalkboard to them.

Next: Don’t be an early bird 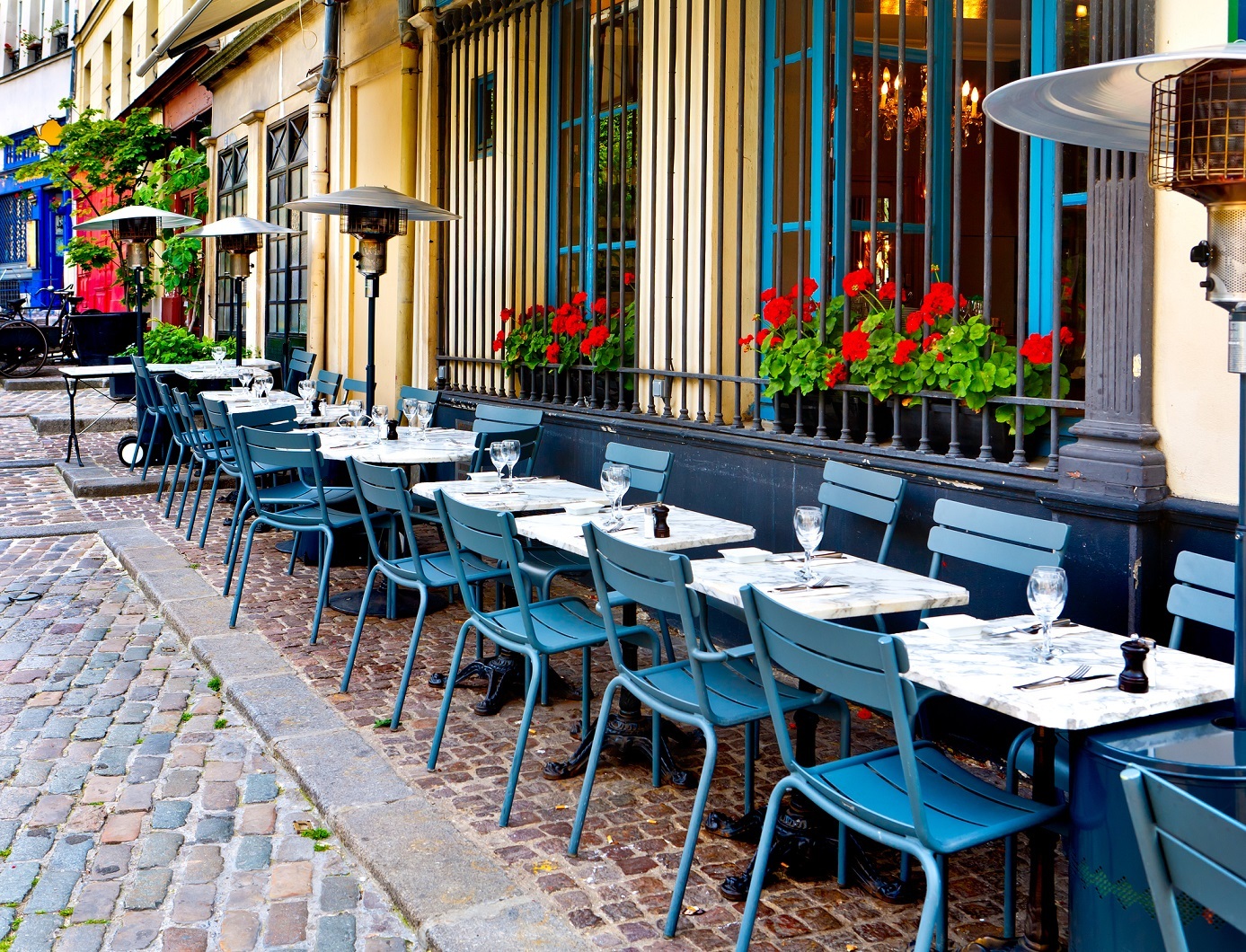 You probably won’t be able to eat at a real restaurant before 7:30 p.m. | apeyron/iStock/Getty Images

Parisians typically dine at about 8:30 p.m., according to the Paris Convention and Visitors Bureau. And apparently, they take it personally if tourists want to eat at the “absurd hour” of 6 p.m. or even 7 p.m., which is their time for l’apéritif. If you can’t wait to eat dinner until that hour, either go for something light like pizza or a sandwich — or, have a snack and wait it out.