There is no doubt that you had it way worse in basic training than the kids these days. Basic training has evolved so much over the years that you would probably not even recognize it from when you were in the service. Take a look back at how some aspects of initial military training has changed over the past few decades.

A soldier used to be required to fight in all environments 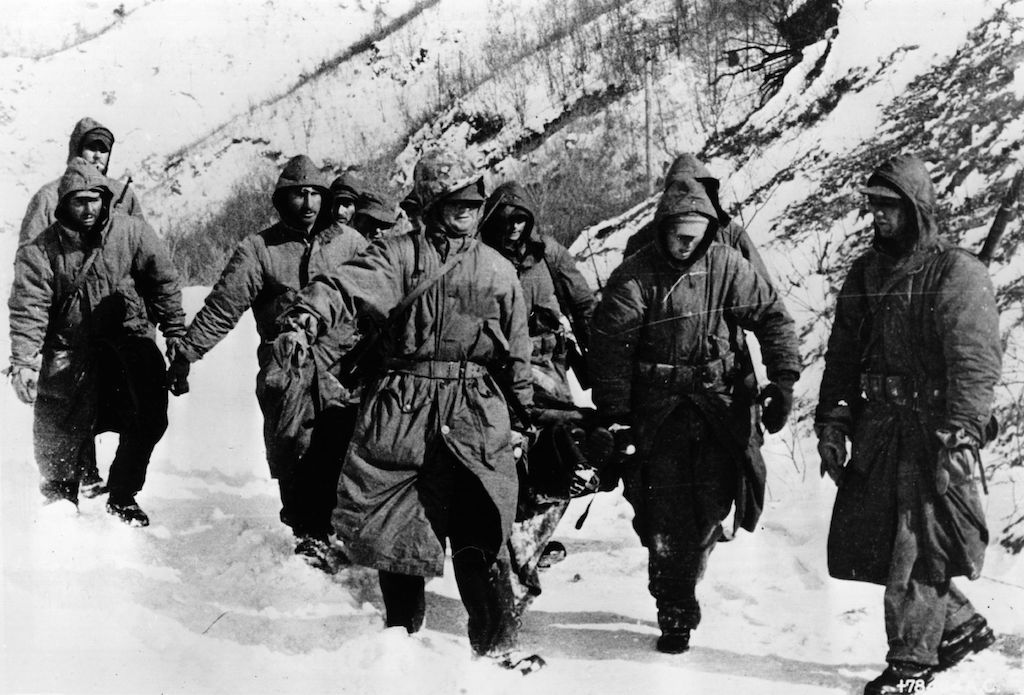 1950: Marines carry a wounded comrade through snow to a cleared airstrip for evacuation during the Korean War. | Keystone/Getty Images

Our military needs to be able to operate at peak performance in any weather condition available. The weather never stopped any training exercise when you were in the military. If it was hot, you drank some water and soldiered on. If it were cold, you would run. But training operations were never called off due to inclement weather.

Next: Training ops are a little more … soft than they used to be.

Now, soldiers are crying ‘But it’s too hot, Gunny!’ 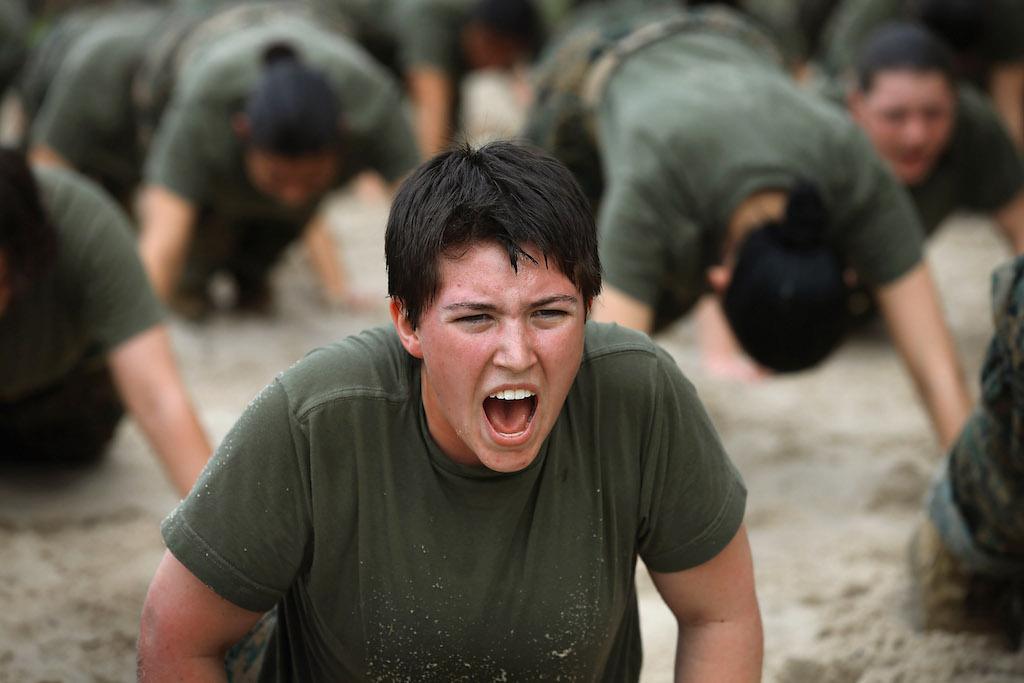 Training now changes depending on the weather. | Scott Olson/Getty Images

Yes, if it’s too hot, drill instructors or sergeants will have to soften up or call off training operations. The reason comes from a high rate of dropouts in the military and the lighter approach is meant to stem that tide. Senior Master Sergeant Paula Byrnes said to Time Magazine “We’re no longer the charge-the-beach, stogie-in-the-mouth, cussing, hard-drinking, woman-chasing, World War II guy.” That sentiment echoes through all these changes that we are going to go over.

Next: This change caused a lot of uproars in the DoD and Congress.

There was no such thing as co-ed in basic before 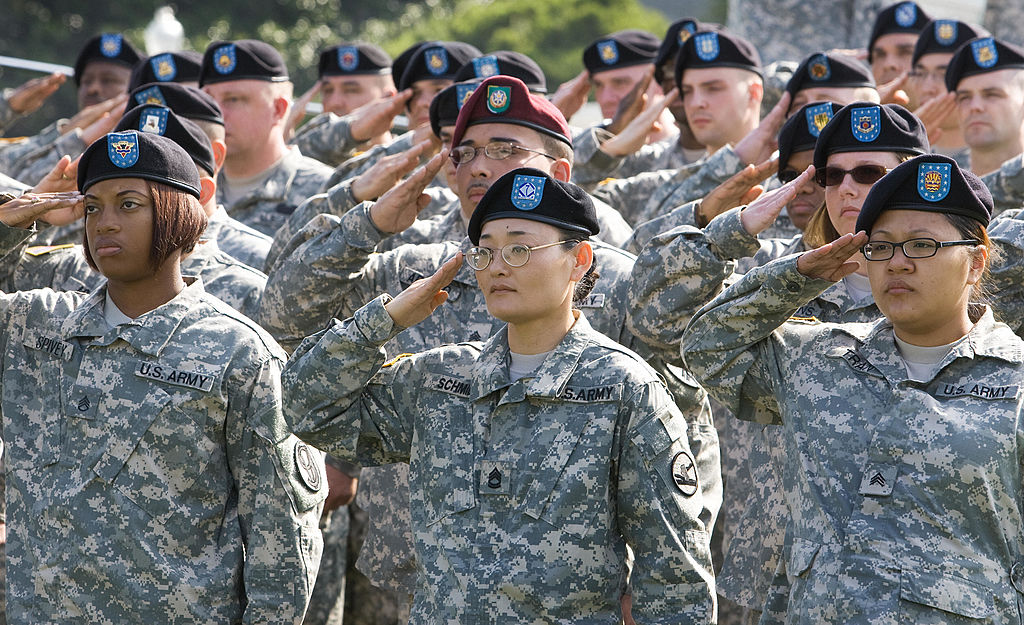 The military was once a very segregated place based on gender. Men and women were not allowed to serve in combat alongside one another, let alone train together. Members of Congress and the military often cited that women would weaken our militaries effectiveness in combat, or that the integration would lower standards of training.

Next: Today’s military is a lot different.

Now, women can do anything in the military 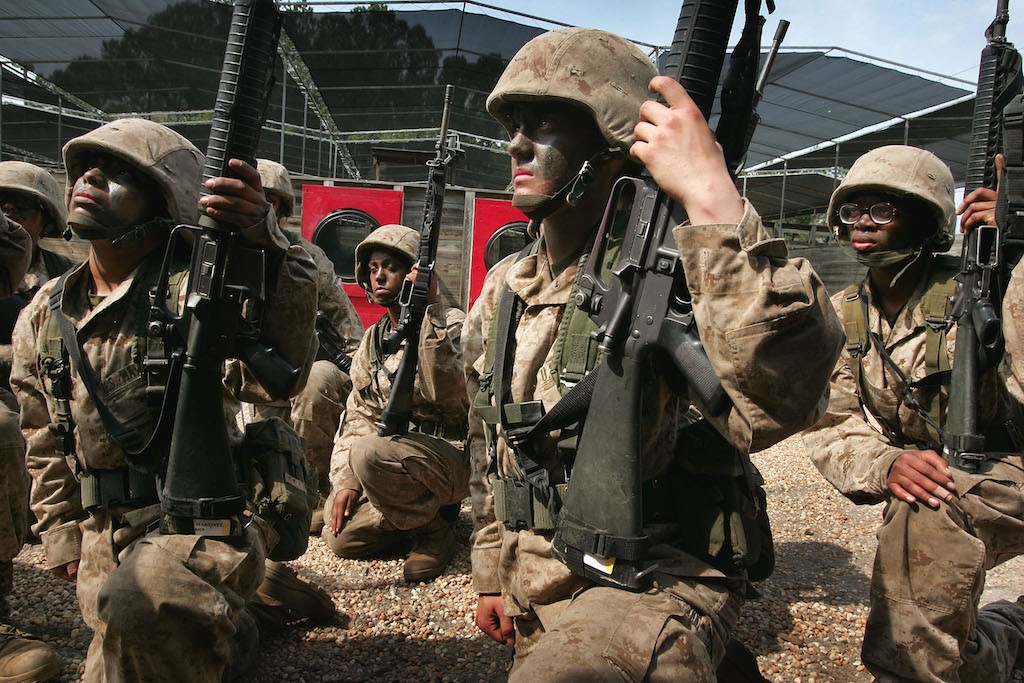 In 2000 the military started integrated women into certain training programs. As the years progressed, the military began to see that women were just as capable in combat roles as men. In 2015, Defense Secretary Ash Carter said that we “cannot afford cut ourselves off” from half our combat capable citizens. Now all jobs in the military are open to women including Army Green Berets, Navy SEALS, Airforce Pararescue Troopers, and Marine Corps infantry.

Next: Remember when you had to be trained with iron sights? 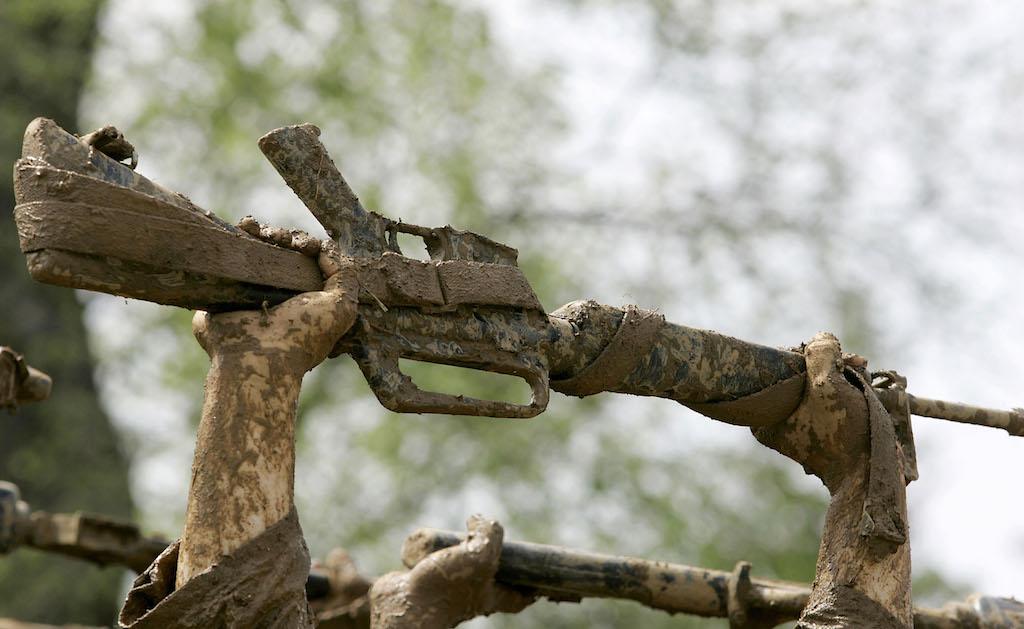 The old ways of using a sight are gone. | Mark Wilson/Getty Images

If you are not familiar with what an iron sight is, it’s simply the little nub at the end of the barrel on your service rifle. Targeting your enemy with those sights is extremely tough, but the sight was really durable. Recruits would have to qualify by using precise breathing control, unsound vision, and iron sights.

Next: Now they just made it easier.

Welcome to the era of Rifle Combat Optics 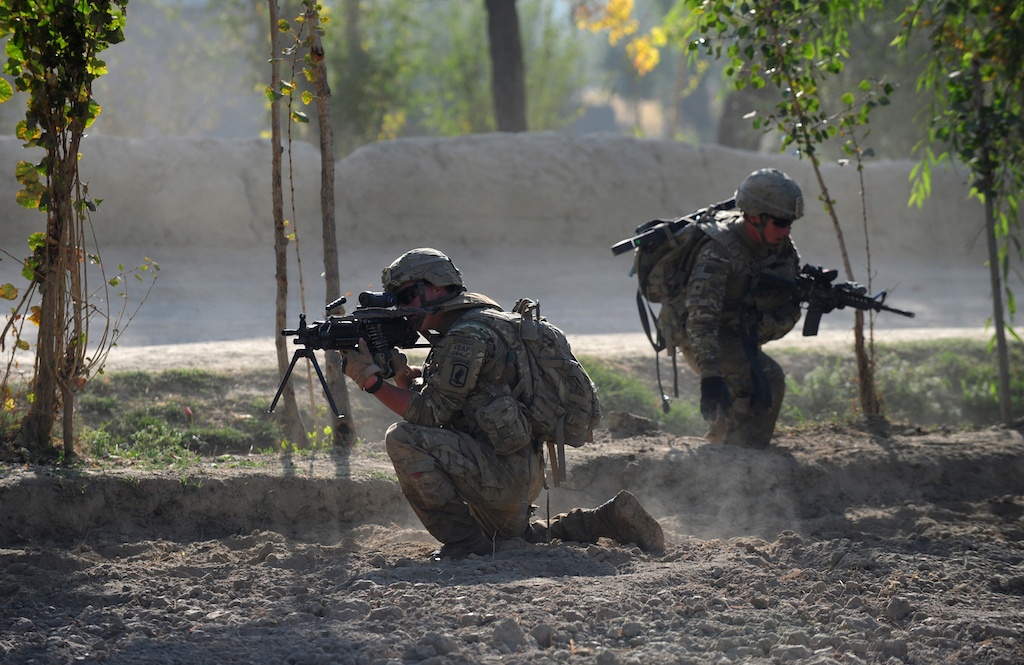 Combat optics are great — until they get damaged. | Munir Uz Zaman/AFP/GettyImages

Today’s soldier uses rifle combat optics, or red dot sights, to home in on their enemy. The advantage of these sights is that you get a lot more accuracy and are able to snipe an enemy combatant from a greater distance. the downside is that they are relatively fragile in combat. A bad hit can take it out of commision and you have to go back to the range to zero it in. So recruits still have to lightly train on the iron sights, but the qualifications are far less stringent.

Next: You might say they are taking a soft hand in training anymore.

Basic training used to break a lot of people 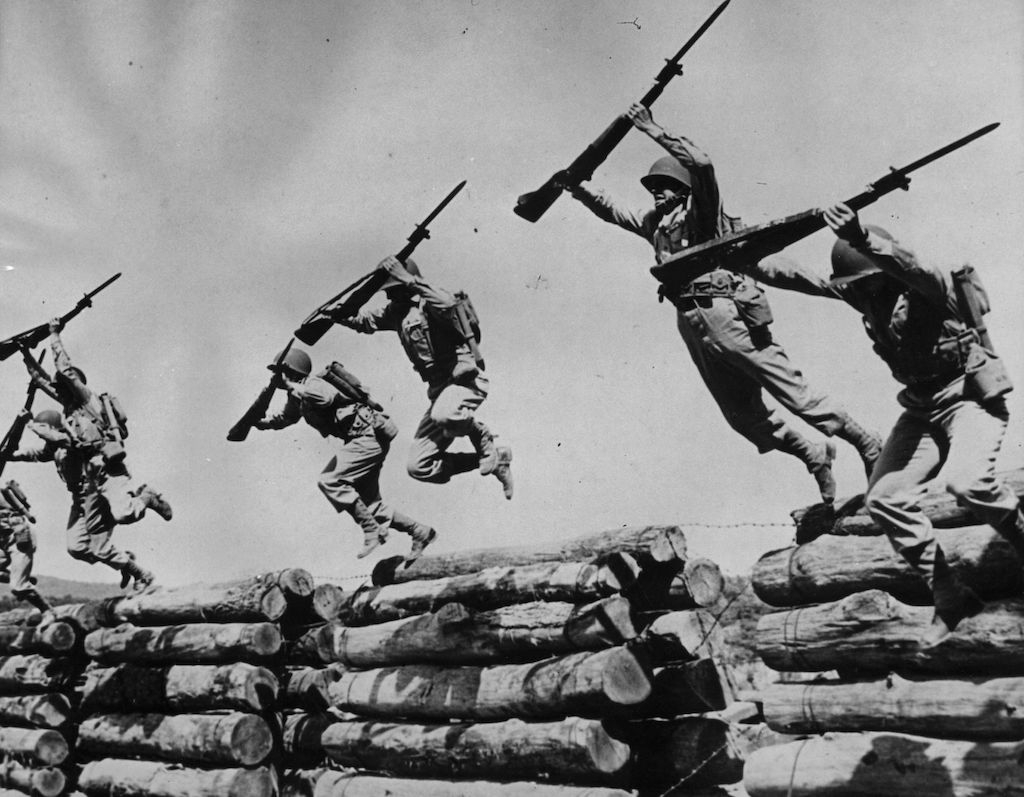 You have probably seen the movies of a drill sergeant going really hard on certain recruits to the point that they break. Who doesn’t remember Stanley Kubrick’s Full Metal Jacket and the relationship between Pvt. Pyle and Gny. Sgt. Hartman.

Granted that was a little exaggerated for entertainment purposes, basic training was almost that hard. That level of hardship also inspired some pretty crazy myths. One of those myths is that recruits today can pull out a “stress card” to get the drill sergeant or instructor to stop yelling at them.

Next: Even though there aren’t stress cards, it seems like that training has softened a bit.

Drill sergeants and instructors are now culpable of abuse 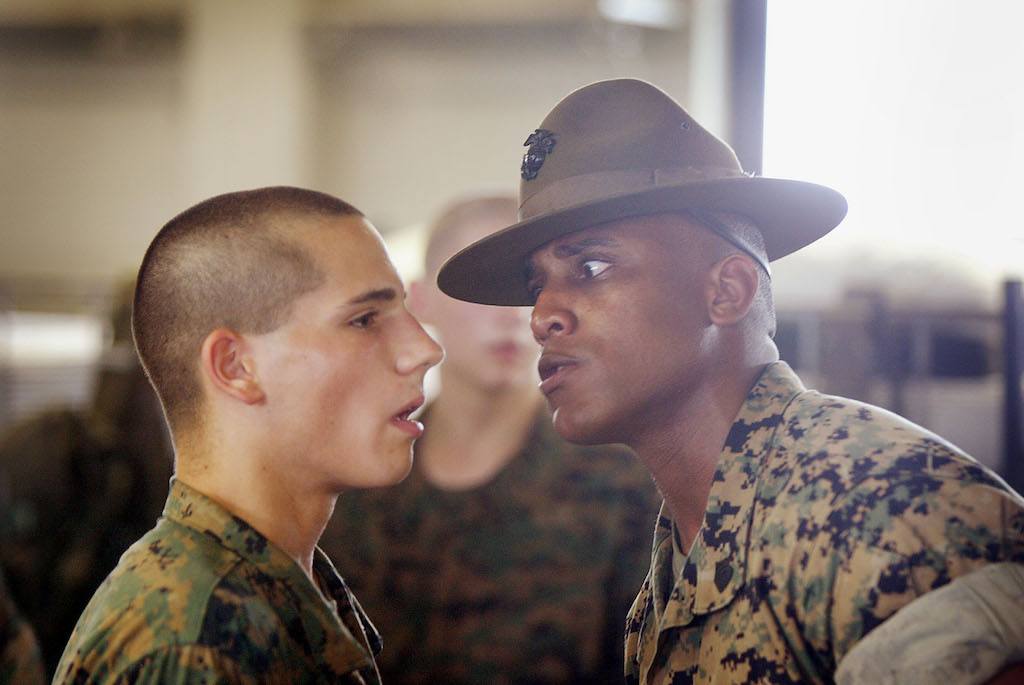 The DoD has been dealing with a lot of issues of abuse within the ranks and that has sparked a debate about what is hazing and what is training. Some officers and instructors can go too far and that has forced the hand of the DoD to take certain steps.

However, some believe that this has also undermined the authority of drill instructors. Thus, drill instructors and sergeants are more hesitant about pushing troops to their edge. As Gunny Hartman said, “You have to train for war, to be effective in war.”

Next: Do you need to call your mommy?

Communication during training used to be very limited 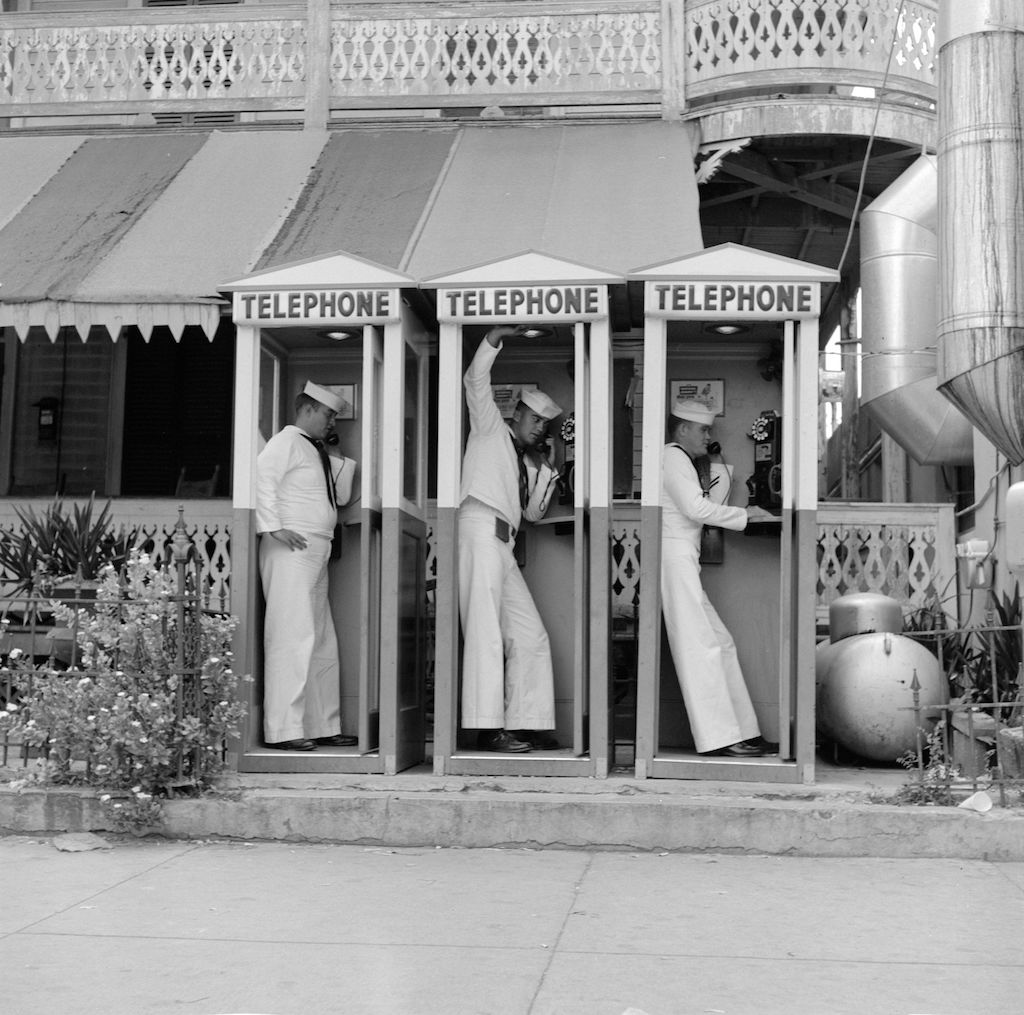 When you arrived at boot camp or basic training, you were allowed to make a phone call to tell your family that you made it there. After that, you might get the chance to write a letter or receive a call from someone you love. More often than not, you didn’t have any communication with home. No quiver lip is gonna save you from a little pain in the dirt.

Next: The cell phone generation is on our front lines. 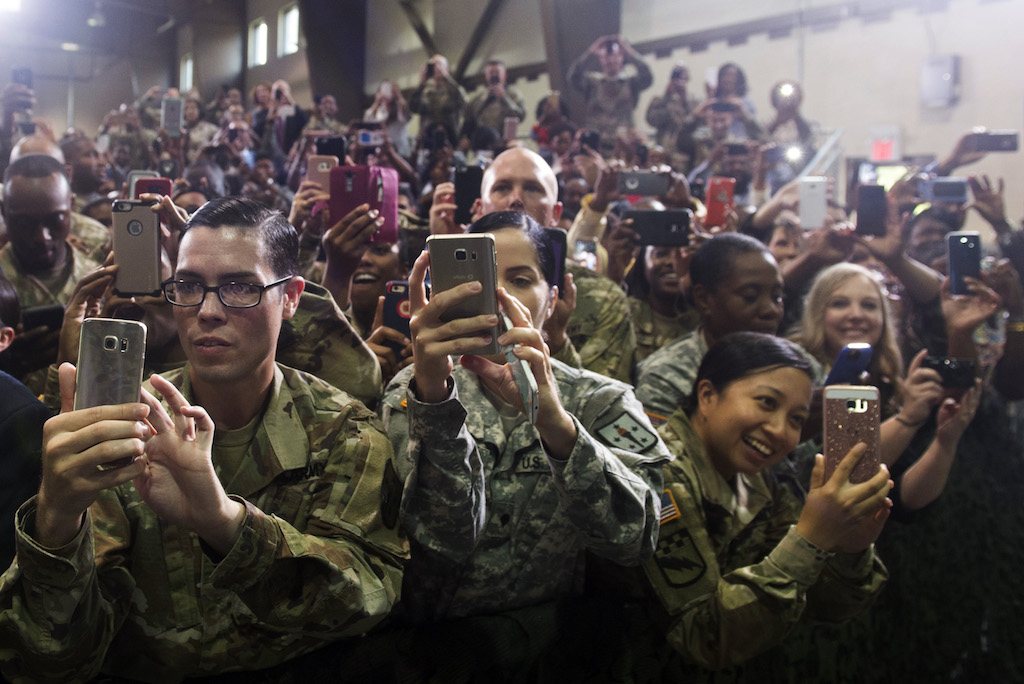 The new line of recruits can hop on their cell-phone and make a quick call home if they are feeling homesick. Or maybe they just want to take a selfie in front of Old Fort Jackson and post it to Instagram. For whatever reason, recruits are allowed to hold on to your cell phone. But it’s not a whenever deal. You can usually only use it on the weekends and it has to be at your sergeant’s discretion. You also might want to wash the phone of any illicit photos or texts.