The Hard Lessons Hurricane Harvey Teaches Us About Hurricane Irma

The world has been watching the devastation caused by Hurricane Harvey. So far the damage is estimated in the tens of, if not hundreds of, billions of dollars. It is thought to be one of the costliest natural disasters in history (here’s a look at some from the past). Now, with Hurricane Irma steadily approaching and gaining power, what lessons have we learned from Hurricane Harvey to help us be better prepared for Hurricane Irma? Let’s take a look.

1. Make sure you have flood insurance

It was stated that in August of 2016, just 15% of the 1.6 million homes in and around Houston had flood insurance. That is a staggeringly low rate and it is an important lesson for anyone in the path of a hurricane, especially for those living in Florida where the elevation is never higher than 345 feet. Most insurance companies won’t have your flood insurance go into effect for a period of time, so this is more of an opportunity to make sure you are covered and know how to file claims after the disaster. It’s also an opportunity to plan for the next storm.

Next: Make sure you have a plan ready!

2. Have an evacuation plan ready 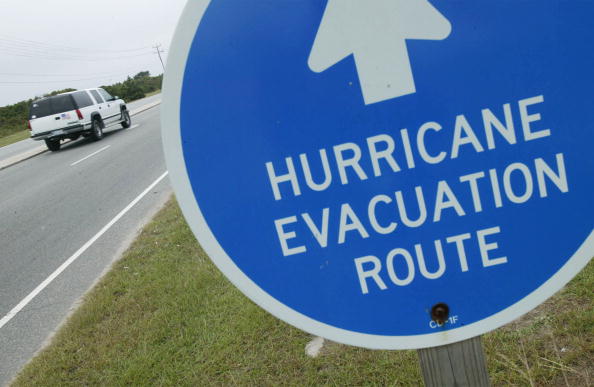 Knowing your state’s evacuation procedures and routes is incredibly important. Most states will have a website dedicated to emergency preparedness where you can find that information. Follow their instructions, and make sure you have somewhere to go once you are out of the affected areas; family, friends, or any FEMA shelters are good to have lined up in advance.

Next: Following these instructions could save your life

3. Evacuate when you are told

The death toll is continuing to rise in the wake of Hurricane Harvey after some refused to leave their homes in the wake of an evacuation order. We can avoid that by following our Emergency Services directions and leaving ahead of time, or when they say to leave.

Next: This advice will help keep your family together during or after the chaos

4. Make a recovery plan for your family

A father is reunited with his children who were evacuated in the Clodine district after Hurricane Harvey. | MARK RALSTON/AFP/Getty Images

Oftentimes after disasters and evacuations, families can be separated, or lose communication with one another. Always make sure you have a designated place to meet in that event. Make sure you have any relevant phone numbers or addresses written down on waterproof paper, or on something else that can’t be destroyed by the elements.

Next: If you don’t have these items, you’ll be sorry

Next: Here’s how you can help, if you’re not directly affected

6. Make sure you’re donating to the right charity

The American Red Cross has been making the rounds lately on social media and television, asking for donations to help with the disaster relief effort following Hurricane Harvey. However, many are urging people to be more judicious in terms of where they donate their money.

The American Red Cross has proven on multiple occasions that they are not equipped to handle large-scale disasters. In the wake of the Haiti earthquake, an investigation by Pro-Publica and NPR (cited in the above link) found that there had been just 6 shelters built. During Hurricane Sandy, they had handicapped people sleeping in their wheelchairs for days at a time, and had sex-offenders sheltered with children.

Next: Addressing the elephant in the room

7. We need to acknowledge that climate change exists

A picture was taken on November 10, 2015, shows a small globe surrounded by smoke to illustrate global warming. | LIONEL BONAVENTURE/AFP/Getty Images

Year after year, our storms are getting more intense, our summers are getting hotter, and our droughts are getting worse. Of course, there are many contributing factors, and there are many ways to combat the problem, but we will just continue to head down this path if we don’t do something about it. Climate change is real, we are causing it, and we must clean up the mess we’ve made, if not for us, then for our children.