What Is Cream Tea? Everything You Need to Know About the Trendy English Tea

The English don’t joke around when it comes to tea time. But while high tea and afternoon tea are two of the most well-known types (at least over here in the United States), they aren’t the only popular types of tea. Case in point: Cream tea is a type of English tea time with some serious buzz around it.

Up ahead, we answer all your burning questions about the popular tea trend, including what it is, how to make it, and the proper English cream tea etiquette. 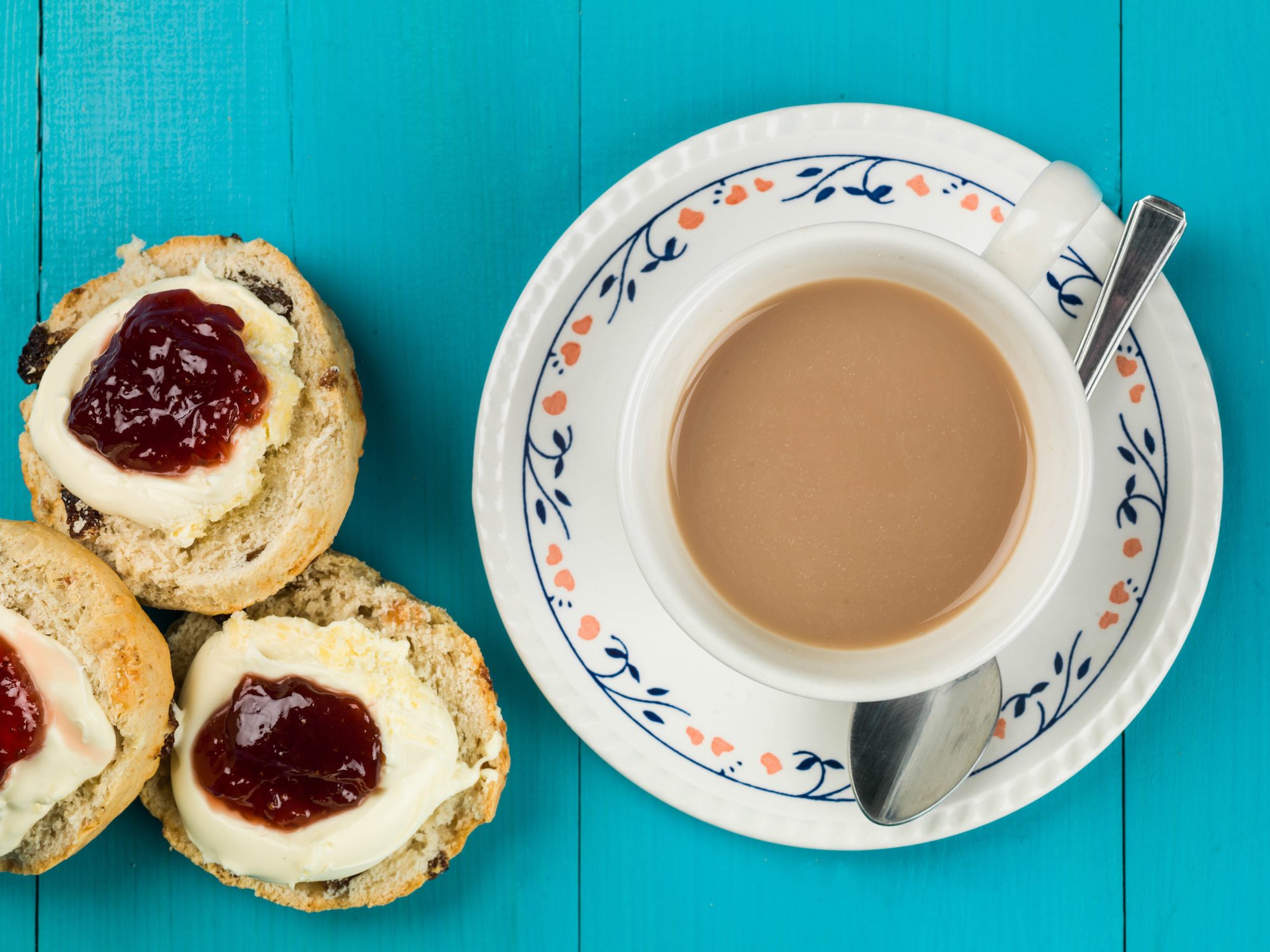 What is cream tea

If you thought cream tea was a type of creamy tea — or adding cream to your tea — you’re not alone. That said, cream tea is not what you’d expect. Also known as Devon cream tea, Cornish cream tea, or Devonshire tea, cream tea is a lighter, more simple version of afternoon tea with a sweet twist. Instead of sandwiches, petit fours, and other finger foods, cream tea usually consists of tea and scones with clotted cream and jam.

How to make cream tea

There are two different ways to indulge in cream tea. The Devonshire method involves splitting a scone in half and spreading clotted cream on first, followed by a strawberry jam. In Cornwall, they like to switch things up by adding strawberry jam first, then clotted cream. The Cornish method is most popular in London.

Both types of cream tea call for a warm, freshly baked scone and clotted cream instead of whipped. And while some prefer other kinds of jam — such as blackberry — strawberry is the most universally used.

In addition to scones, cream, and jam, the tea itself is also important. According to the Cream Tea Society, tea should be loose leaf with the leaves steeped directly in a teapot for three minutes. Also, a teapot full of hot water should also be served just in case the tea becomes over-brewed. In England, tea is poured into the teacup first, then milk or cream is added.

Some parts of England prefer a slight variation to cream tea, called “thunder and lightning,” which calls for a bread roll with clotted cream and honey instead of jam.

Etiquette isn’t just for the Queen of England. Whether you’re hosting or attending a tea party, etiquette is just as important as the food and tea served. Below we take a look at some of the Cream Tea Society’s tips for English cream tea etiquette.

There’s a reason you never see Kate Middleton stick her pinky out when sipping tea — it’s not proper! According to the Cream Tea Society, the proper way to sip tea is to “hold the cup between your thumb and forefinger.”

After stirring milk and sugar into your tea, spoons should be placed on the teacup saucer versus the table. That is not only proper etiquette, but it also helps from staining fancy tablecloths.

3. If you want to pour the tea, sit closest to the pot

Those worried about spilling tea while pouring should not sit near the teapot. English cream tea etiquette asks the person sitting closest to the pot to serve everyone at the table.

During cream tea, there’s no need to slice scones apart with a knife. If they are fresh, they should break apart with a gentle tug.

Before you slather scone halves with cream and jam, it is proper etiquette to spoon the spreads onto each half. Once you have the desired amount, then you can use the back of your spoon or a knife to cover the surface area.

Like many foods, there is a national holiday for cream tea. The celebratory date typically falls on June 29th each year and consists of tea, scones, clotted cream, and jam, of course!