This Is Why Stonehenge Was Probably Used to Mark the Summer Solstice, According to Experts

If you’ve heard anything about the summer solstice, then you’ve probably heard someone mention Stonehenge. Most people don’t know a lot about Stonehenge. In fact, the prehistoric monument largely remains a mystery to experts, too. But some experts think that the purpose of the mysterious stones has something to do with the solstice.

Below, get the answers to some of the most common questions about Stonehenge and its possible role in marking solstices and equinoxes.

1. What does Stonehenge have to do with the summer solstice? 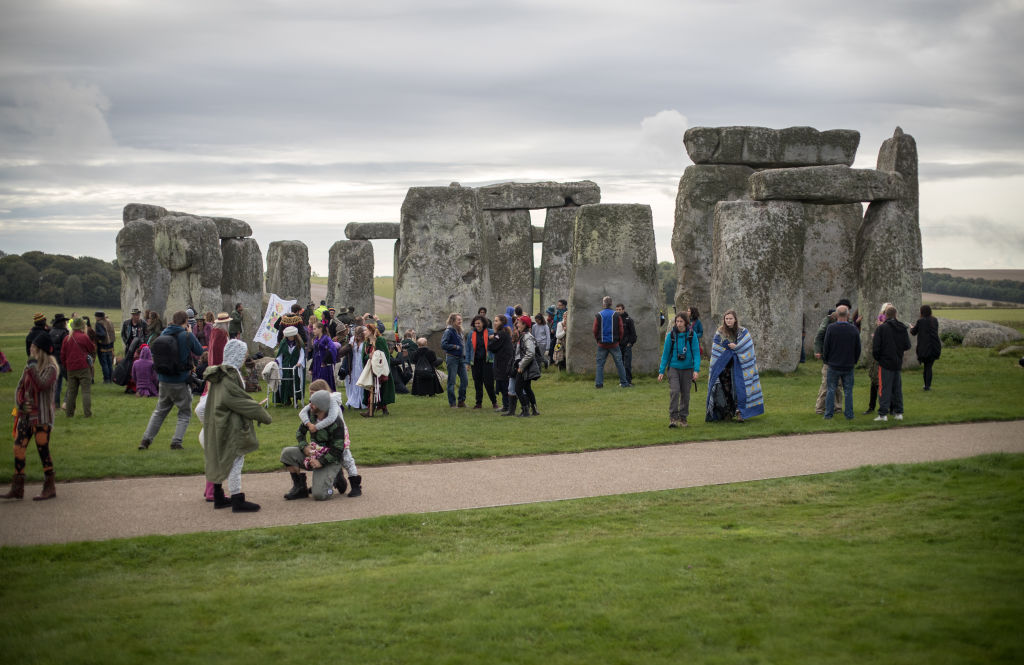 Fox News reports that we still don’t know a lot about Stonehenge. The U.K. monument, though famous, remains a mystery to the academic community. But some experts believe that its original purpose, when it was built about 5,000 years ago, was to mark solstices and equinoxes. People have long used solstices and equinoxes to mark seasons, and to chart milestones along earth’s journey around the sun.

2. Why do they think that’s the monument’s purpose?

Vox reports that experts have theorized about Stonehenge and its connection to the summer solstice for a pretty compelling reason. During the summer solstice, the sun rises just over the monument’s Heel Stone, and it hits the Altar Stone dead-center. Vox points out that this NASA graphic illustrates what that could have looked like when Stonehenge was still intact in its entirety. We don’t know for sure, but it was likely a pretty striking sight.

3. Are there other archaeological features I should know about?

The Smithsonian reports that it’s not just the main monument — the circle of stones that comes to mind when you think “Stonehenge” — that has ritual implications. Archaeologists investigating the site discovered “Two pits, marking the midsummer sunrise and the midsummer solstice, set within a monument that’s meant to be something to do with the passage of the sun.”

On the longest day of the year, the pits form a triangle with Stonehenge marking sunrise and sunset. Another researcher explained that even though we don’t yet know the significance of that finding, there is clearly a large “number of solstice-aligned monuments in that landscape. Nowhere in the rest of Europe comes even close.”

4. Is Stonehenge the oldest place to celebrate the summer solstice?

It might stand to reason that Stonehenge is the oldest site where people celebrated solstices. But as iNews notes, that’s actually not true. Göbekli Tepe, near present-day Şanliurfa in southeast Turkey, consists of circles of T-shaped stone pillars, constructed about 12,000 years ago. As iNews reports, “astronomical alignments are evident,” and Göbekli Tepe seems to be one of the earliest sites to track the 25,800-year cycle of the pole stars.

Other such structures older than Stonehenge? Atlit Yim, a submerged semicircle off the coast of Israel dating to 6,900 B.C.; the earliest phase of Cromeleque dos Almendres in Portugal dating to 6,000 B.C.; and Karahunge in Armenia, dating to 5,500 B.C.

5. What did people do at Stonehenge?

According to iNews, experts think that thousands of people traveled from all over Britain to gather at Stonehenge, and nearby Durrington Walls, to celebrate the solstices. They would “meet, feast, frolic, marry, dance, trade, share information and observe the heavens.” They may have also used the site to “charge” seeds and grains with the hope of increasing the yields of their crops. And some people — Stone Age elites, at least — also seemed to go to Stonehenge to bury their loved ones.

6. What happens at Stonehenge on a modern summer solstice?

The sun still rises just over Stonehenge’s Hell Stone and hits the Altar Stone at its center. And Vox reports that people still gather at the prehistoric monument to celebrate the summer solstice (and the winter solstice). According to iNews, up to 40,000 people visit each year to observe the midsummer sunrise from the monument.