This Is What Happens When Teens Have More Access to Marijuana 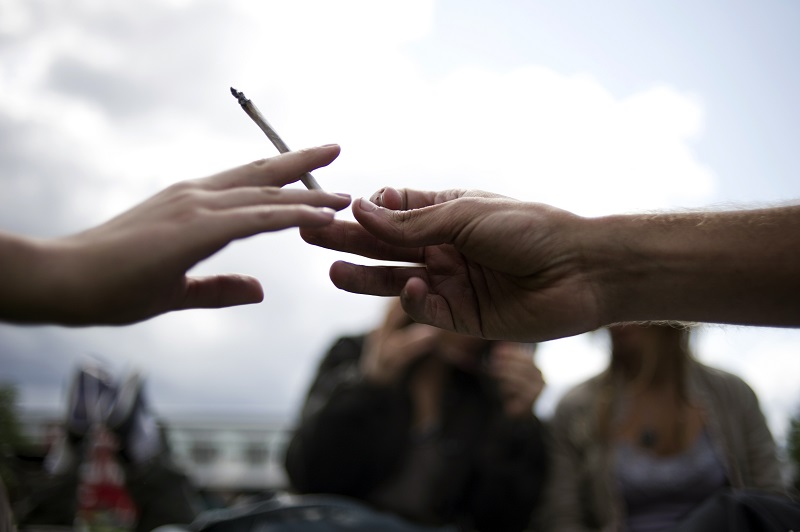 *This article has been revised to include updated information

Seeing marijuana become legalized in a select handful of states, the past few years have been an interesting and exciting prospect. The entire nation played witness as Colorado and Washington (though Oregon and Alaska soon followed) became the first states to devise legal cannabis markets and industries. Surprisingly to some, the passage of voter-backed legalization initiatives did not lead to one of the many scenarios dreamt up by doomsayers. Rather, it’s been an economic boon for those states, generating millions in revenues, and creating tens of thousands of jobs.

The good news hasn’t deterred some opposers, however, who still believe legalization is a bad idea in spite of the mounting evidence to the contrary. One of the biggest fears is that legalizing marijuana will lead to an epidemic of substance abuse and addiction disaster for younger demographics.

You may know it as the old “think of the children” argument.

Concern is warranted, of course. Legalization was and continues to be an experiment, and there is no way of accurately predicting what might follow. But conventional wisdom what say that the more available or accessible something is, the more people would tend to use it. For example, if the drinking age in the United States was lowered to 18, assumptions would be that drinking for individuals between the ages of 18 and 21 would skyrocket, and possibly lead to a spike in drinking among those even younger.

But when it comes to marijuana, we’re not seeing what people was expected. As it turns out, marijuana legalization may be actually having the opposite effect on usage rates in the teenage population. Here’s a visual of those rates,  produced by Quartz:

The data used to populate this graphic, from a study published in The Lancet Psychiatry Journal, shows marijuana legalization has actually led to a decline in teen use rates — and rather significant declines. A drop of 2% among 8th graders alone was witnessed, and in total, a 1.8% drop among all high schoolers.

Those numbers are surprising, and the findings naturally lead to the question of why teens are actually turning away from marijuana in the wake of legalization — or if they actually are at all. Since The Lancet published the aforementioned study in July 2015, more research has been published that backs up the data. Research from the Washington University School of Medicine in St Louis, for example, found that overall teen marijuana use dropped 10% between 2002 and 2013.

As for The Lancet study, one important detail to note is that the research team, while digging into the data, also took states legalizing medical marijuana into account, not just states that have opted for full recreational legalization. Also, and this is important: The researchers note that within these states, overall usage is higher.

Also, and this is important: The researchers note that within these states, overall usage is higher.

“Our findings, consistent with previous evidence, suggest that passage of state medical marijuana laws does not increase adolescent use of marijuana,” the study says. “However, overall, adolescent use is higher in states that ever passed such a law than in other states.”

Taking that into account, we’re still seeing a trend among teens choosing to forgo marijuana use, at least on some level.

One possible reason teens are passing on marijuana? They’re simply more informed now than they ever have before, and have access to much more information about pot than any generation before them. There is a good deal of evidence that shows marijuana — though largely harmless for adult users — can have some significant negative effects on developing adolescent bodies and minds.

So, when parents are expressing worry about pot use, their concerns may be backed up by actual, scientific research. All of that data, accessible to any teen on a smartphone, is more reliable and more likely to be taken seriously by a teen than having a parent or other authority figure simply harp on them.

With all of that taken into account, there are more studies coming out that indicate access to information about pot has been a major factor in declining teen use rates for more than a decade. What that means is that teens may actually be using it to make informed decisions about pot use.

In most of America, cannabis is much easier to get now than at any point in the recent past. But the numbers show that it hasn’t necessarily translated to higher usage rates among teenagers.