When Will Hurricane Irma Hit Florida? 650,000 Told to Leave

Hurricane Irma, one of the most powerful Atlantic hurricanes ever recorded, is expected to hit the Florida Keys and South Florida by Saturday night. Gov. Rick Scott imposed mandatory evacuations on more than 650,000 people, many of whom jammed highways in a rush to get out as the storm heads for the U.S. 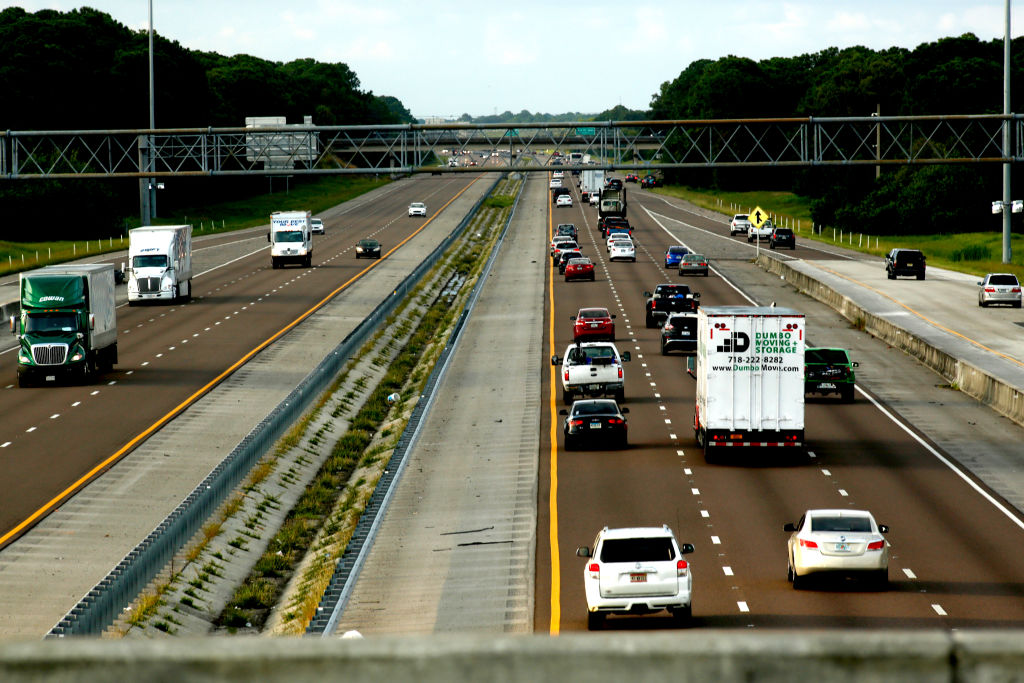 Traffic on Interstate 95 was heavier in the northbound lanes as residents and visitors in Florida evacuated the area ahead of Hurricane Irma on September 07, 2017 in Cocoa, Florida. | Brian Blanco/Getty Images

Late Thursday, the first hurricane warning was issued by the National Hurricane Center for the Florida Keys and parts of South Florida. Some of the Miami area was included, which has a population of 6 million. The east and west coasts of the state are under an extended watch.

Those evacuating tweeted photos of crowded highways. “The entire state of Florida has made it to Atlanta, GA. I don’t mind being in this traffic as long as everyone is safe,” one tweeted.

The entire state of Florida has made to Atlanta, GA. I don't mind being in this traffic as long as everybody is safe. #HurricaneIrma pic.twitter.com/u4Ix4w0Cqj

Officials in Florida, South Carolina, and Georgia urged residents to evacuate. As a result, thousands hastened to make their way to safety, as well as collect essentials like water, gasoline, and sandbags.

“There was no gas and it’s gridlock. People are stranded on the sides of the highway,” said Mari Michaud, who left Cocoa Beach with her family Thursday. “It’s 92 degrees out and little kids are out on the grass on the side of the road. No one can help them.” Michaud’s family used a phone app to search for gas along their drive, and found a gas station five hours later, she said.

Lines at gas pumps in South Florida sprawled for blocks, The New York Times reported. Canned meats and bottled water were in short supply at South Florida stores, reported Florida’s news-press.com. Greeters at a Fort Myers Walmart told customers Thursday that the store was completely out of bottled water and flashlights. 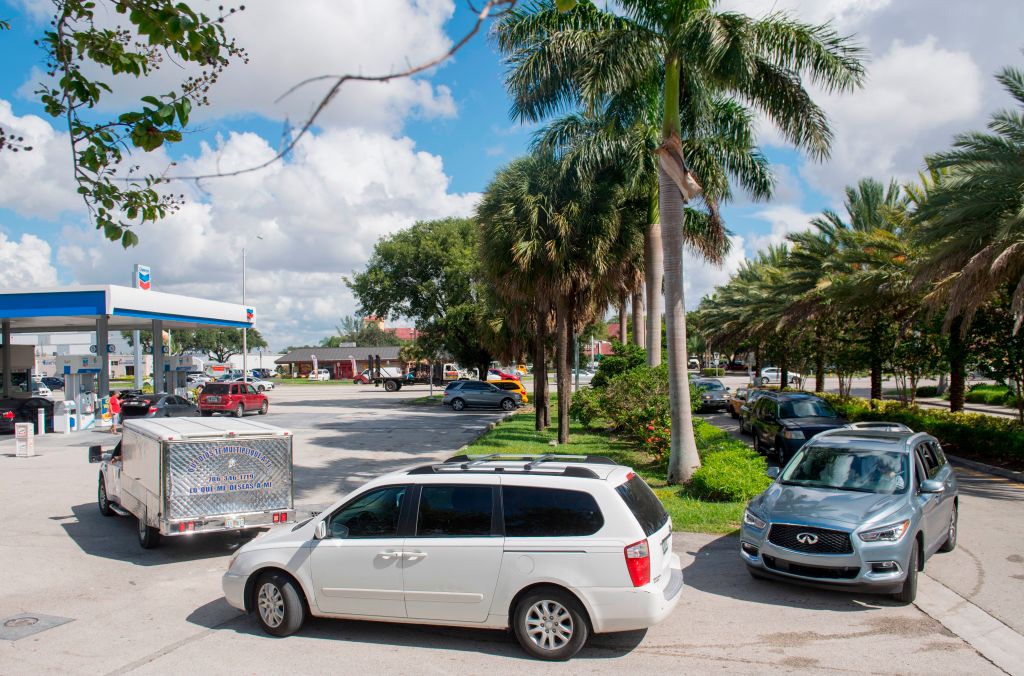 People wait in line in for gas for their cars at a Chevron Gas Station as they prepare for Hurricane Irma in Miami, Florida, September 7, 2017. | Saul Loeb/AFP/Getty Images

Meanwhile, as thousands fled southern Florida, the monster hurricane battered the northern Caribbean, resulting in at least 11 deaths and thousands homeless. Buildings were destroyed, and trees were uprooted. The island of St. Martin saw 95 percent of structures destroyed, The New York Times reported. Though the storm only sideswiped Puerto Rico before heading north, more than 60 percent of Puerto Rico households were left without power. 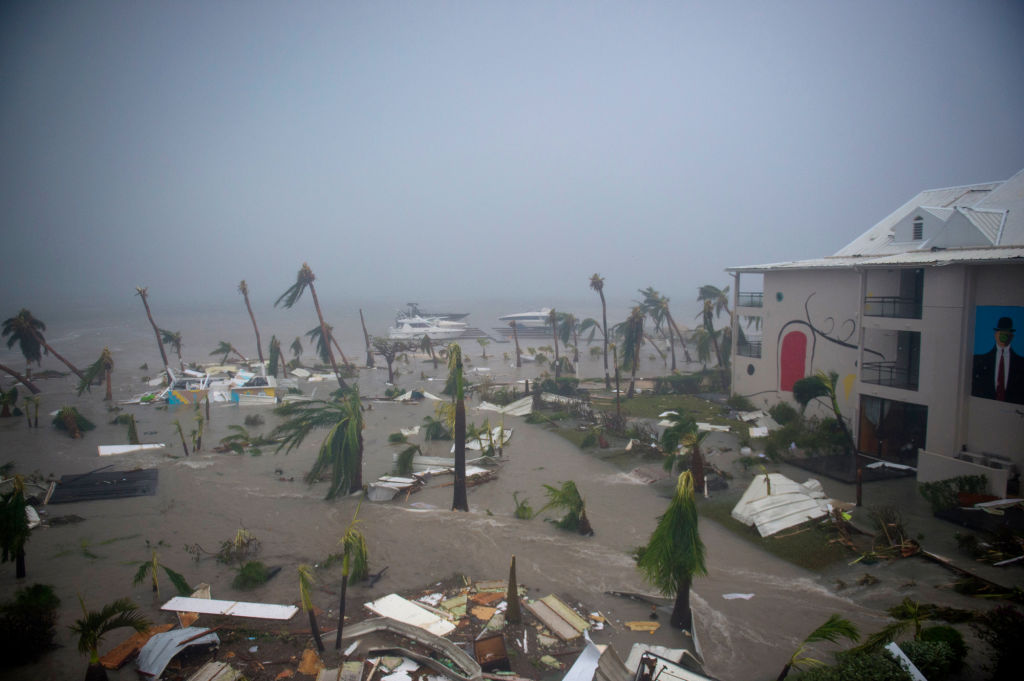 The Hotel Mercure in Marigot on Saint Martin, during the passage of Hurricane Irma on Sept. 7, 2017. | Lionel Chamoiseau/AFP/Getty Images

Half of the island of Barbuda has been left homeless as a result of Irma, reported Prime Minister Gaston Browne of Antigua and Barbuda. “We flew into Barbuda only to see total carnage. It was easily one of the most emotionally painful experiences that I have had,” Browne said in an interview on BBC Radio Four.