Where Is Hurricane Maria Headed Next? | Puerto Rico Loses Power

Hurricane Maria pounded Puerto Rico as a Category 4 storm on Wednesday, knocking out power to the entire island and forecast to approach the Dominican Republic next. Maria’s eye had left Puerto Rico, but the storm continued to lash the island with 74-mph winds, CNN reported at 4:22 p.m. EST. 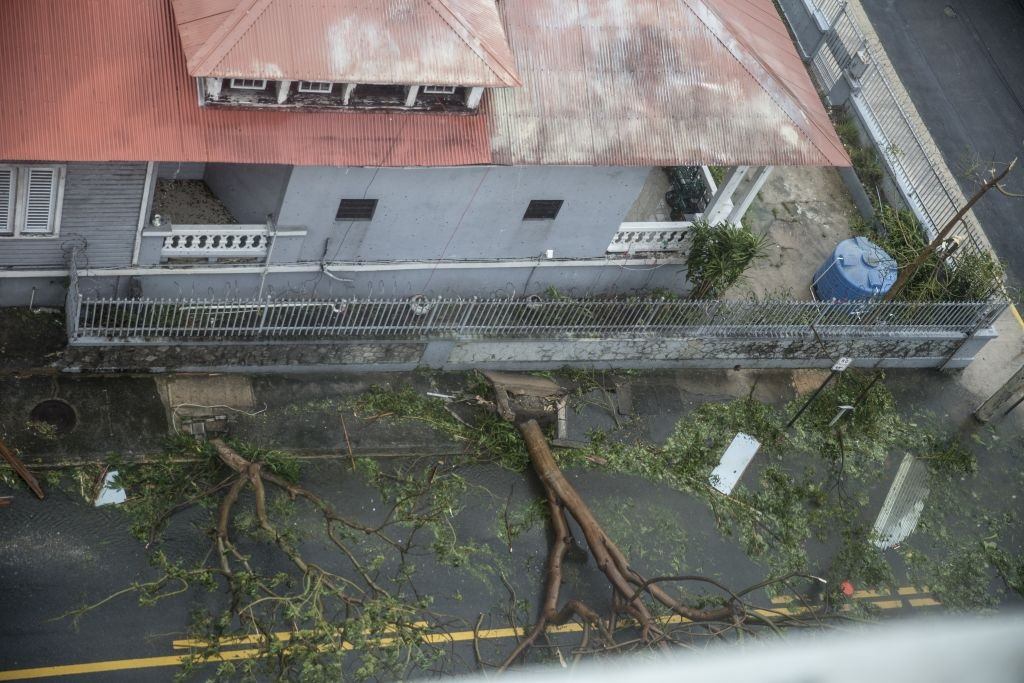 Damage in the Miramar neighborhood is seen from inside the Ciqala hotel as Hurricane Maria bears down September 20, 2017 in San Juan, Puerto Rico . Thousands of people have sought refuge in shelters, and electricity and phone lines have been severely affected. | Alex Wroblewski/Getty Images

The storm was downgraded to a Category 3 Wednesday afternoon. The entire island was without electricity. “We are 100% without power,” a spokesman for the Puerto Rico governor’s office said.

Wednesday night, Maria is forecast to move off Puerto Rico’s shores and out into open Atlantic waters, which could enable the hurricane to strengthen, according to ABC News meteorologists. Although the storm is forecast to approach the Dominican Republic Wednesday night, the nation is not expected to get directly hit. However, Punta Cana could experience hurricane conditions, ABC reported. 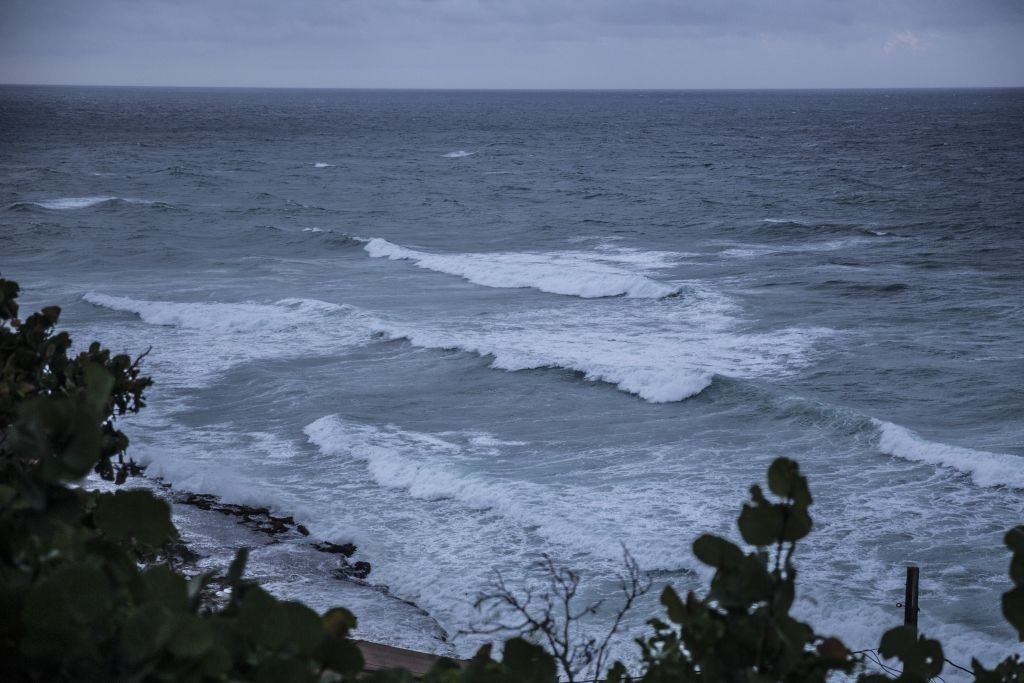 Waves churn in the Caribbean Sea as Hurricane Maria approaches on September 19, 2017 in San Juan, Puerto Rico. Puerto Rico Gov. Ricardo Rossello is saying Maria could be the “most catastrophic hurricane to hit” the U.S. territory in a century. | Alex Wroblewski/Getty Images

As Maria continues its path, the storm is predicted to head to the east of Turks and Caicos. Although it will not likely make landfall there, the archipelago may experience hurricane-force winds and heavy rain. From there, Maria may pass the Southeast Bahamas.

The U.S. mainland will likely be spared from Maria, which is expected to spin north and then east, away from the U.S.

Maria set off evacuations on Puerto Rico on Wednesday as the storm approached. The storm “will essentially devastate most of the island,” Puerto Rican Gov. Ricardo Rosello Rosselló told USA Today Monday.

Hurricane Irma skated near the island earlier this month, but most of Puerto Rico was spared from widespread damage. The 450 shelters in place from Irma have accepted thousands of residents fleeing areas which are prone to flooding.