Too few workers in America take regular vacations. Why? Well, part of the reason is that the U.S. employment scene doesn’t really foster a “take a break” kind of environment. In most European nations, workers are guaranteed a certain number of paid days off (often at least 20 days). Check out the various policies among some of the developed nations in the chart below. 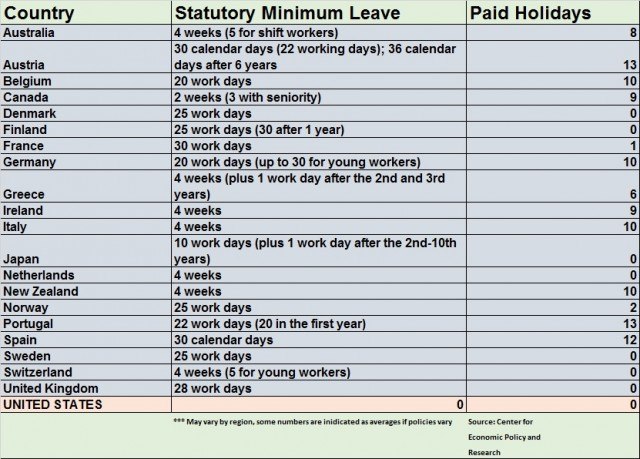 Not only does U.S. labor law not guarantee a minimum amount of paid vacation time, the BLS reports that only 86% of private industry workers in America have access to any paid time off at all (as of 2012). To top it off, among the workers who actually have time off, only around one in four people (25%) actually take all of their paid vacation time.

And for those who do take time away, more than half of them can’t resist the temptation to check into the office while they’re gone — they’re checking emails, calling the office, or looking at reports instead of taking the time to just relax.

These workers are playing a dangerous game over the long-term. With 50% of full-time workers reporting that they work more than 40 hours per week, these long hours can catch up to them after a while. We can only work, work, work for so long until we need a break.

Vacations are essential for emotional and physical well-being. According to Cleveland.com, “men who skipped vacation for five consecutive years were 30 percent more likely to suffer heart attacks than were those who took at least one week off each year.” That piece of data came from the Framingham heart study — the same study that has provided us with a great deal of the information we know about heart disease, like the benefits of exercise and aspirin, for instance. 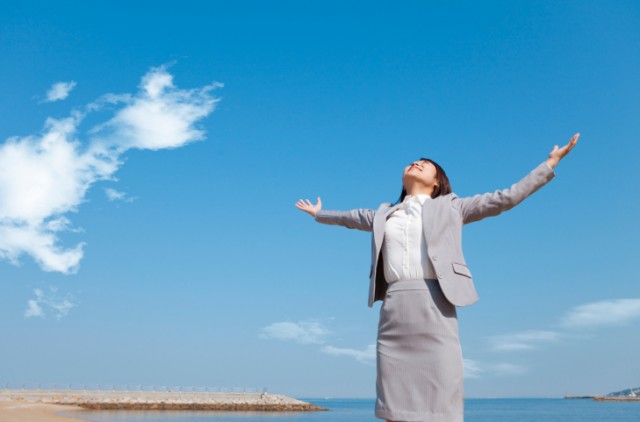 A new study by Gallup found that Americans who take regular vacations have a well being index score of 68.4 on a 100 point scale, compared to 51.4 for those who don’t take such vacations.

Even money can’t buy the happiness that a good break can. The research site also found that “those who earn less than $24,000 annually and say they take regular trips actually have higher well-being (scoring 66.3) than those who earn $120,000 or more but say they don’t regularly make time for vacations (55.1).”

On the same token, however, those who earn more money are also much more likely to take those much needed vacations. Only 33% of low earners say they take regular trips or stay-cations, but 64% of those who earn over $120,000 say they make the time for some R&R. So, while money can’t give you the happiness that a good break can, it may be able to help buy you that trip.

Here are a few other interesting facts about Americans’ vacation habits, courtesy of Gallup:

Do you need a vacation?