Corey Lewandowski responded with shocking insensitivity to a story about a disabled child. Somehow, given the history of his former boss’s administration, we can’t muster much surprise. Former senior Democratic National Committee adviser Zac Petkanas shared the anecdote about “a 10-year-old girl with Down syndrome” on Fox News.

Despite her disability, border control officers had “taken [her] from her mother and put in a cage,” CNN reports. “Womp womp,” the former Donald Trump campaign manager responded. “Did you say, ‘womp womp,’ to a 10-year-old with Down syndrome being taken from her mother?” Petkanas responded, according to The New York Times. “How dare you! How dare you!” 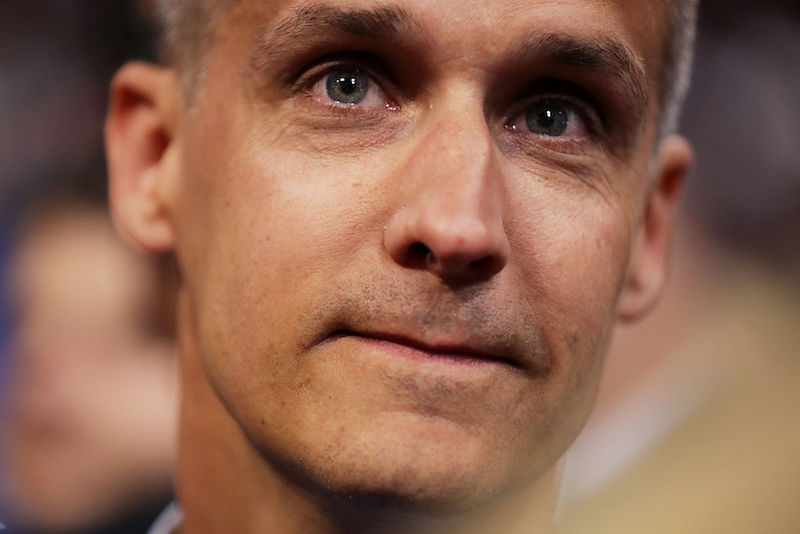 Originally, Mexican Foreign Minister Luis Videgaray shared the girl’s story, calling it “particularly painful.” Videgaray said the girl and her brother went to a U.S. facility in Texas, while her mother went to one an hour away in Brownsville.

“The Mexican government in no way promotes illegal migration,” Videgaray told reporters at a Mexico City news conference. “However, according to our constitutional principles and our convictions, we cannot be indifferent before an act that clearly represents a violation of human rights and that puts into a vulnerable position minors, children, including those with disabilities.”

Megyn Kelly, a former Fox News host who now works at NBC News, called Lewandowski a coward on Twitter. “This man should not be afforded a national platform to spew his hate.”

His remarks also drew ire of parents of children with Down Syndrome. On Twitter, a father posted a photo of his daughter. “Indeed, HOW DARE YOU?” Another mother added, “My son Corey, who has Down syndrome, is twice the man as Mr. Womp Womp.”

.@Zac_Petkanas says on Fox News a 10-year-old girl with Down Syndrome was separated from her mother at the border.

Trump’s team has displayed this insensitivity before

The Trump team doesn’t share those same convictions, as Lewandowski’s reaction shows. But he also doesn’t stand alone in displaying insensitivity. During his presidential campaign, Trump mocked people with disabilities several times. He called Fox News contributor Charles Krauthammer a “loser.” He also said the wheelchair uses just “sits there” and does nothing but “be a jerk.”

The now-president also appeared to impersonate reporter Serge Kovaleski, who lives with a congenital joint condition called arthrogryposis. Kovaleski co-authored a 2001 article in The Washington Post that referred to “a number of people who were allegedly seen celebrating the [9/11] attacks.”

“Now, the poor guy — you ought to see the guy: ‘Uh, I don’t know what I said. I don’t remember,'” Trump said, as he contorted his arms in an apparent imitation of Kovaleski.

In a now-characteristic reversal, Trump later tried to claim he didn’t mean to imitate the reporter, specifically. “I have no idea who this reporter, Serge Kovalski (sic) is, what he looks like or his level of intelligence,” he said, in a statement. “I don’t know if he is J.J. Watt or Muhammad Ali in his prime — or somebody of less athletic or physical ability. If Mr. Kovaleski is handicapped, I would not know because I do not know what he looks like.” On the contrary, Kovaleski told The New York Times he and Trump had known each other for years. 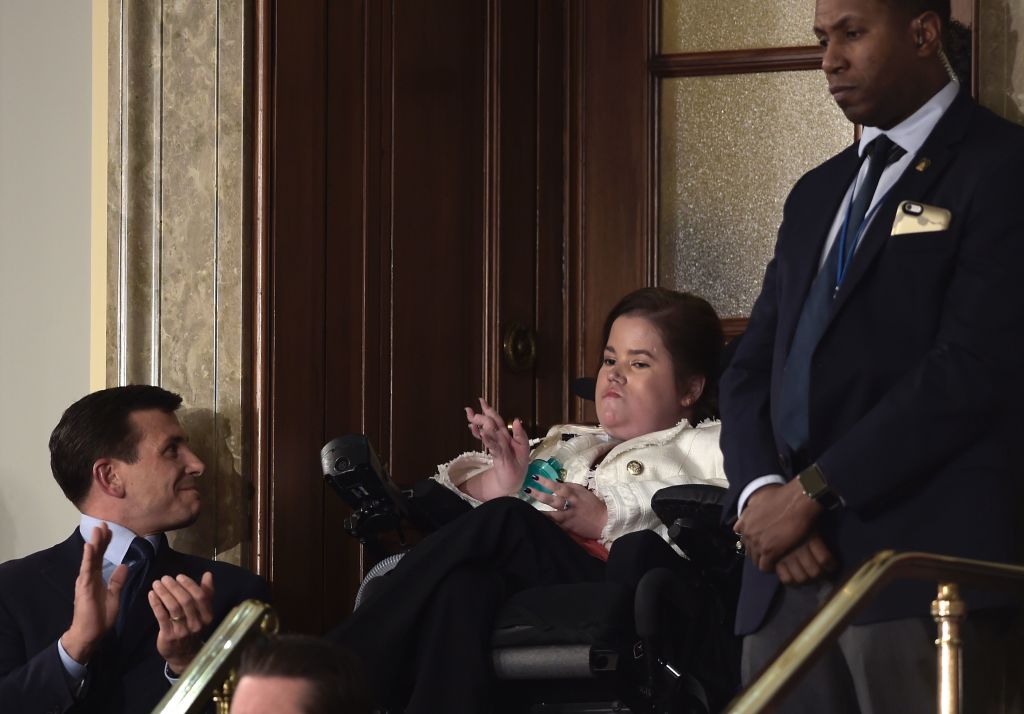 The Trump team uses disabled people — when it suits them

He later angered disability advocates by using a disabled woman as a prop, Vox reports. Megan Crowley, who has Pompe disease, benefited from an innovative treatment created by her father’s company.

“Megan’s story,” Trump said, “is about the unbounded power of a father’s love for a daughter. But our slow and burdensome approval process at the Food and Drug Administration keeps too many advances, like the one that saved Megan’s life, from reaching those in need.”

The Trump administration decided to use Crowley as a poster child to push Food and Drug Administration deregulation but failed to point out the uniqueness of her situation. “This is not the moment to use disability as a prop,” Kate Meuser, who has cerebral palsy, told Vox. “[Megan’s] father founded a company to find a cure. Many people don’t have that luxury.”

Ted Jackson, the former Democratic National Committee’s director of disability community engagement, felt unimpressed by Trump’s statement. “It’s always good to see disability issues discussed in the nation’s capital. But it’s hard to stomach when it comes from a president who has yet to apologize to our community for mocking a disabled reporter” he said. “Americans with disabilities want an equal education, access to real jobs, and to be included like anyone else — not to be used as an excuse to limit regulations meant to protect people.”

While Trump and Lewandowski’s insensitive remarks show their blatant personal disregard for people with disabilities. But more troubling, the official policies that administration puts forth does, too. Trump never addressed the disabled community directly during his campaign. Instead, he often referred to people with disabilities as receivers of his (alleged) charity donations, not equal contributing members of society. He also never put forth a plan for disability rights on his website or responded to questions from the political disability rights organization RespectAbility.

Trump and his team only use disabled people when it benefits them, and quickly throw them under the bus whenever convenient. Lewandowski’s comments are disturbing, but unfortunately, they just play right along with the administration he supports.