The world’s most handsome horse is named Frederik the Great, and he lives up to the title. The internet’s “real-life Black Beauty” absolutely blew up a couple years ago, and he has only continued to grow his following. Read on for a closer look at the horse who has gained fans from all over the world. 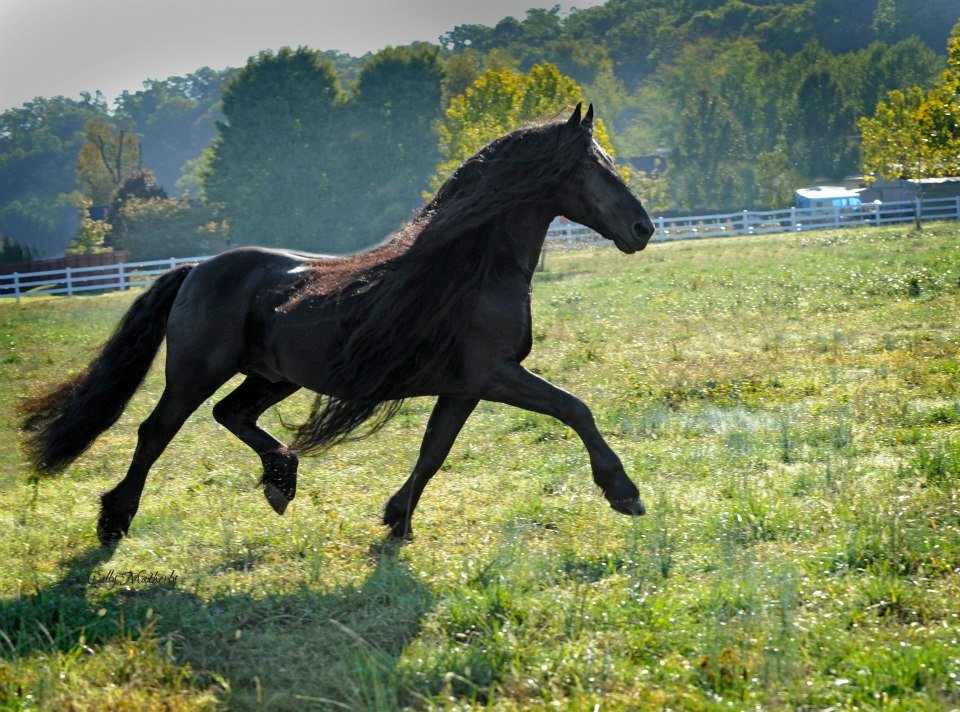 Frederik the Great is no ordinary horse. ABC calls him “the most beautiful horse in the world.” And anyone who looks at him can see he’s something special. His coat is particularly shiny, his body particularly powerful, and his trot commanding. The real show-stealer, though, is his majestic wavy mane. 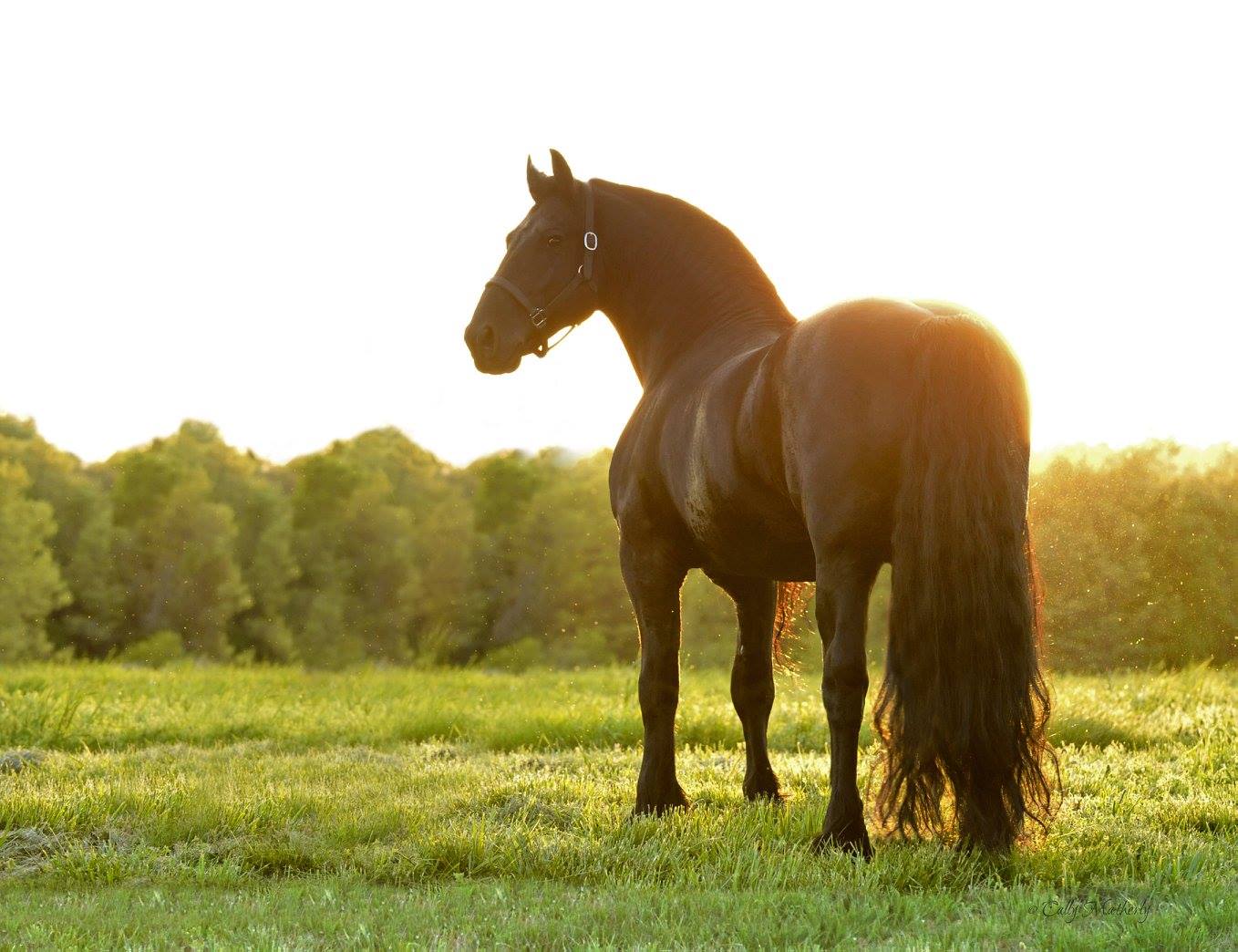 Frederik the Great is a 17-year-old Dutch stallion who lives in Arkansas with his owner, Stacy Nazario. Nazario has been a long-time fan of the Pinnacle Friesian breed and set off in search of the perfect stallion. After a year and a half of looking, she found Frederik in the Netherlands, reports Frederik’s website. She took one look at him, and the rest is history. 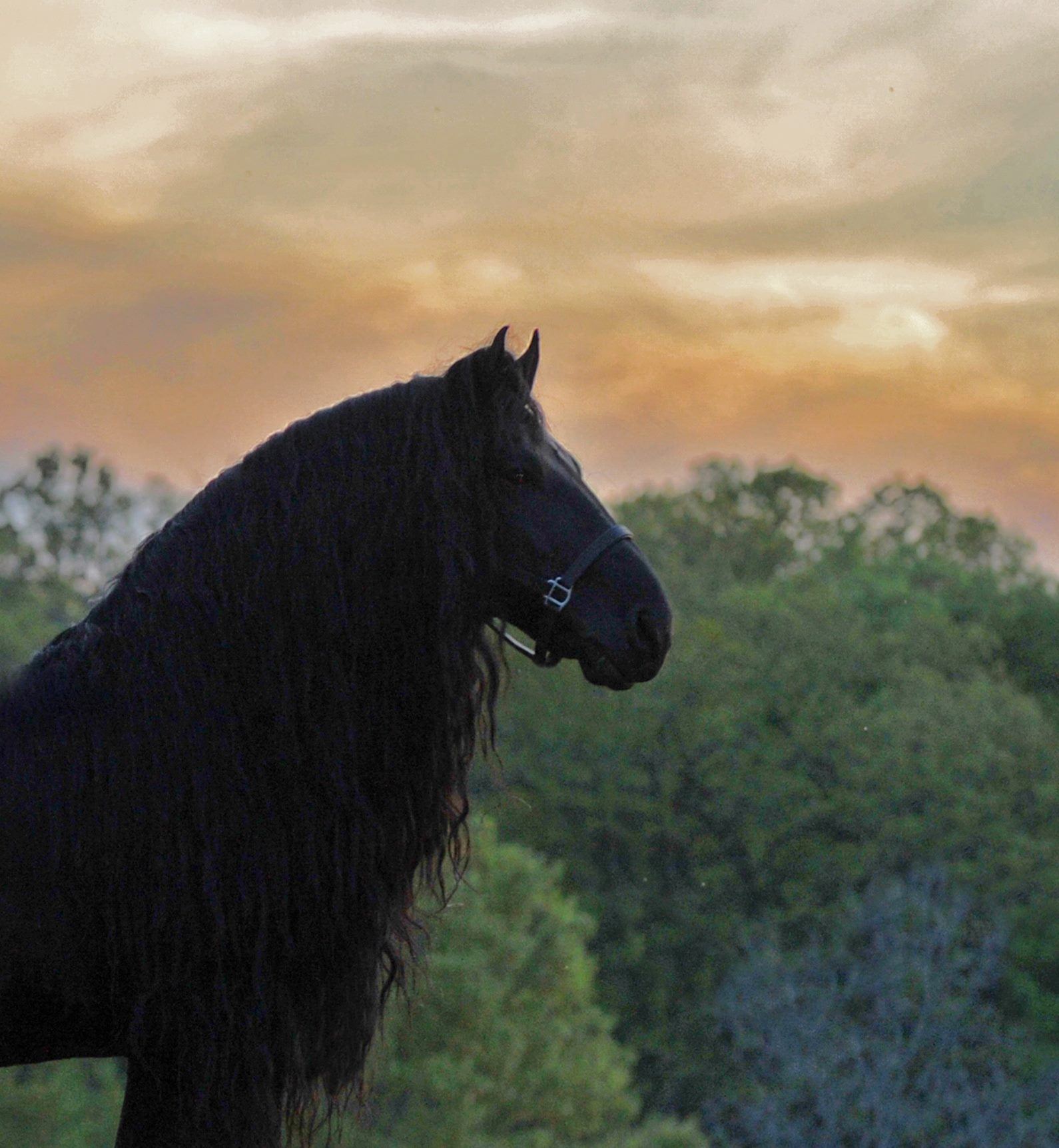 Frederik started getting fans via his YouTube and Facebook pages. People from all over the internet started to take notice of just how handsome Frederik is. And today, Frederik’s Facebook page has over 86,000 followers.

“He enjoys his followers, and when he posts that on his Facebook, he does mean it,” says Nazario.

Next: People come to visit him from all over the world.

4. He has fans from all over the world 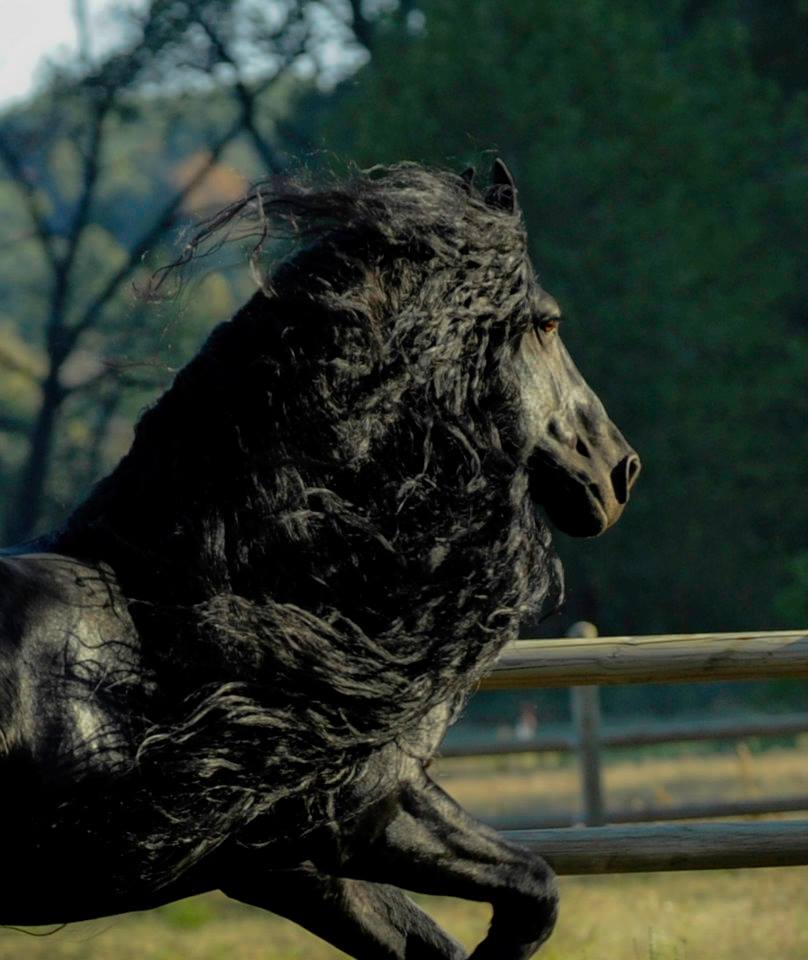 With fans liking his page from all over the internet, Frederik has gained quite the large fan base. Nazario says he even gets visitors.

“People fly in from all over that want to just be with him,” says Nazario. “Once you see him in person, once you meet him, it takes on a whole new relationship with Fredrik.”

Next: How he keeps his mane looking so good 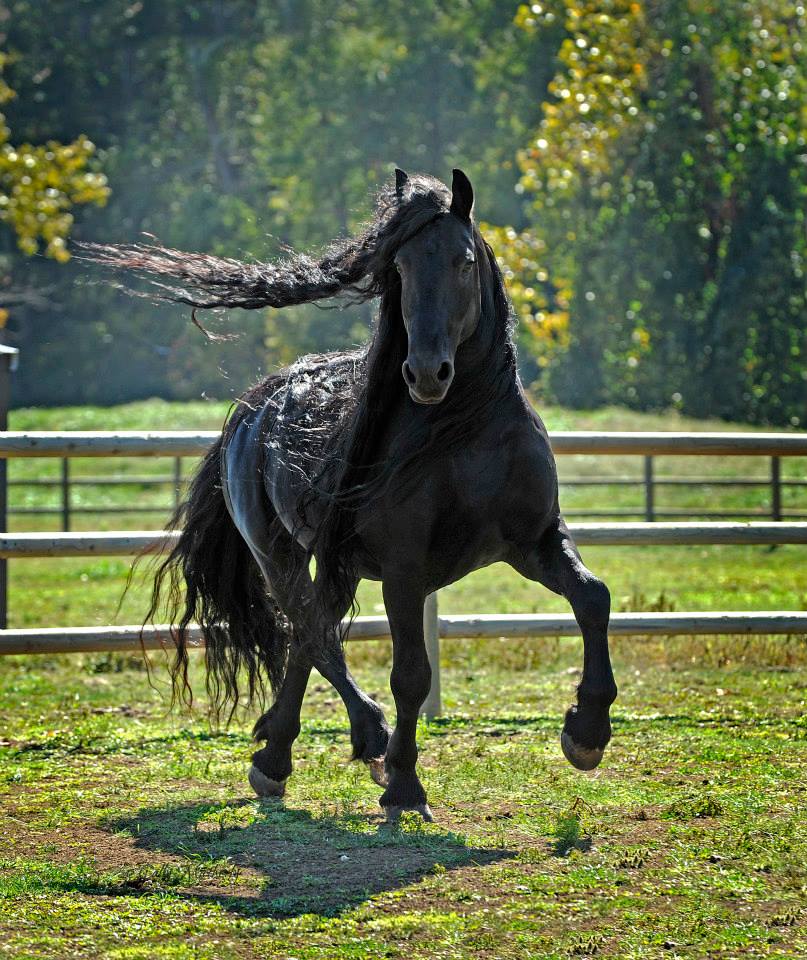 You don’t get a mane that shiny from doing the bare minimum. Nazario tells ABC it takes her three hours to wash, condition, and dry Frederik’s mane. Nazario goes on to say people think he’s “sexy” because of his likeness to romance icon Fabio (i.e., it’s all in the hair).

Next: He’s a natural in competitions.

6. He does well in competitions 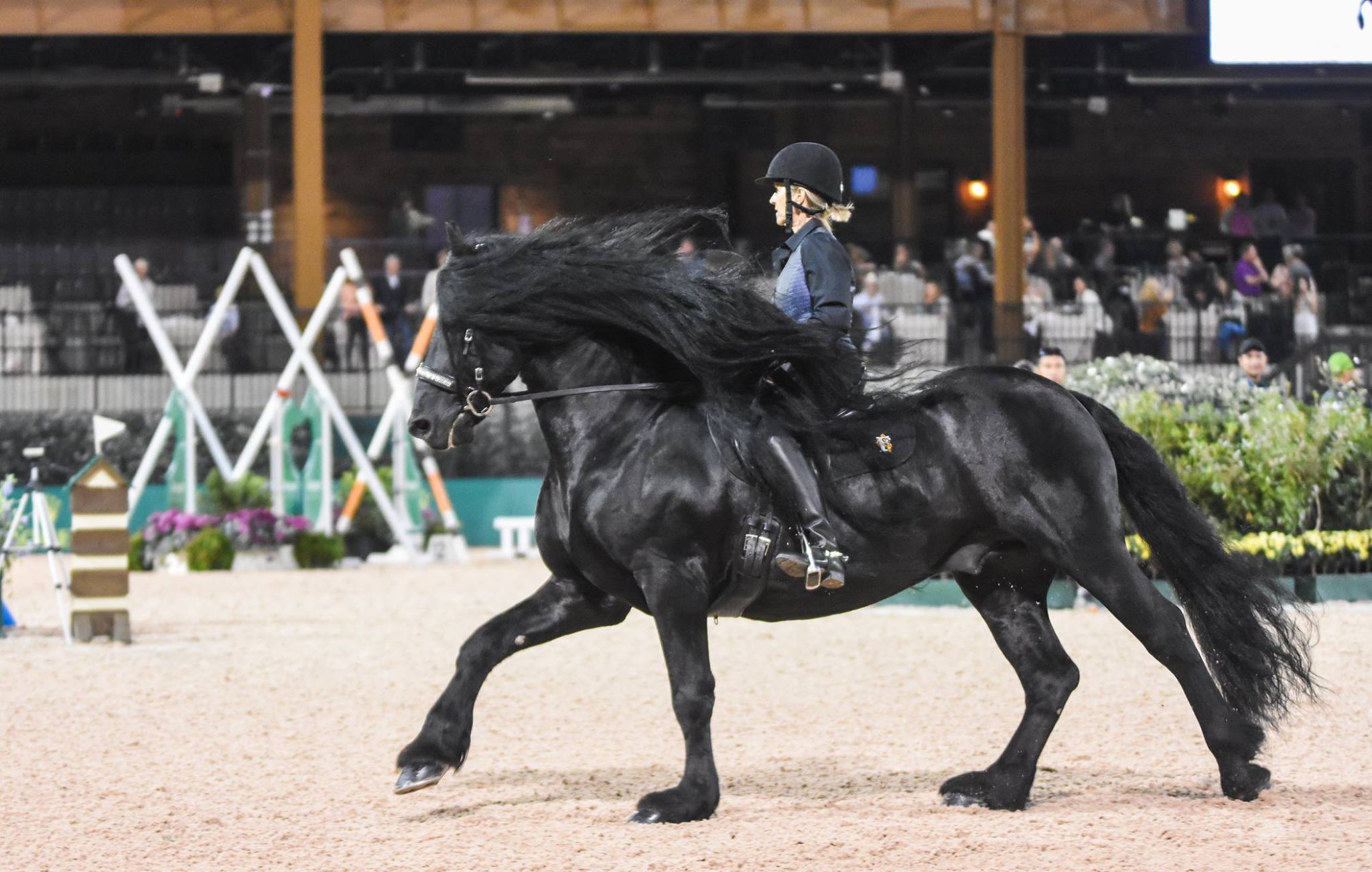 Shortly after arriving in the United States, Frederik participated in the famous Woodside Dressage Expo in Del Mar California. And he was awarded the Grand Champion title.

“Judges have described Frederik as one with Power, Elegance, Beauty, Nobility and very Showy,” reads his website.

Next: Frederik knows how handsome he is.

7. He knows he’s a handsome horse 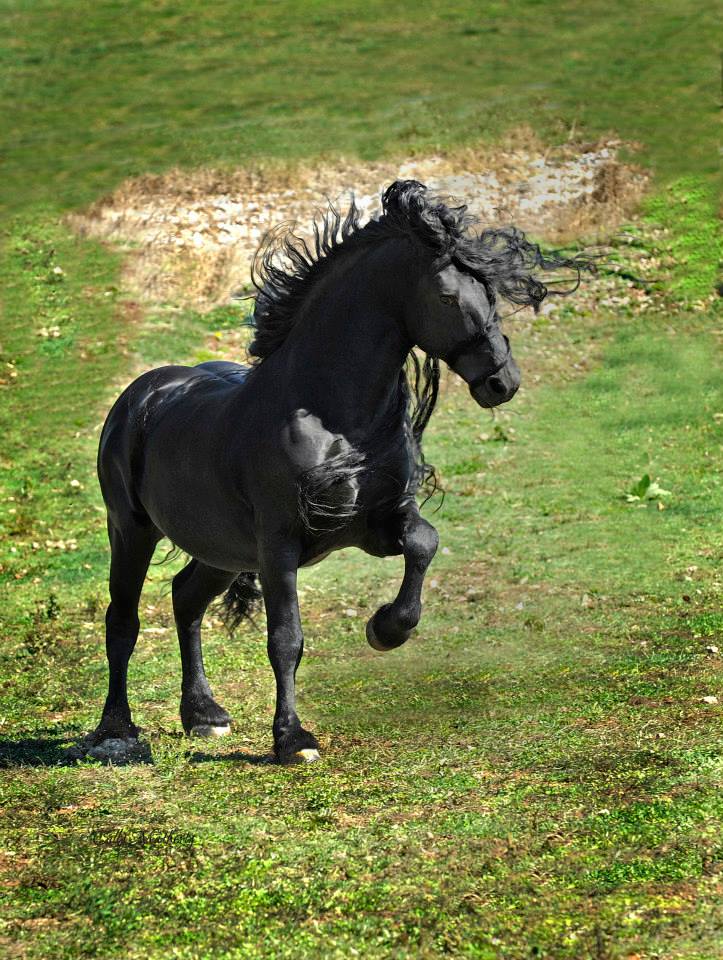 The best part about Frederik? It’s not lost on him how gorgeous people think he is. He absolutely loves to be the center of attention, especially in competitions. “He lights up when he’s in the arena or when there’s photography going on. It’s almost like watching a celebrity, you know, the difference between when they’re at home and under the lights,” Nazario tells The Guardian.