Wine in a Can: Should You Drink It? 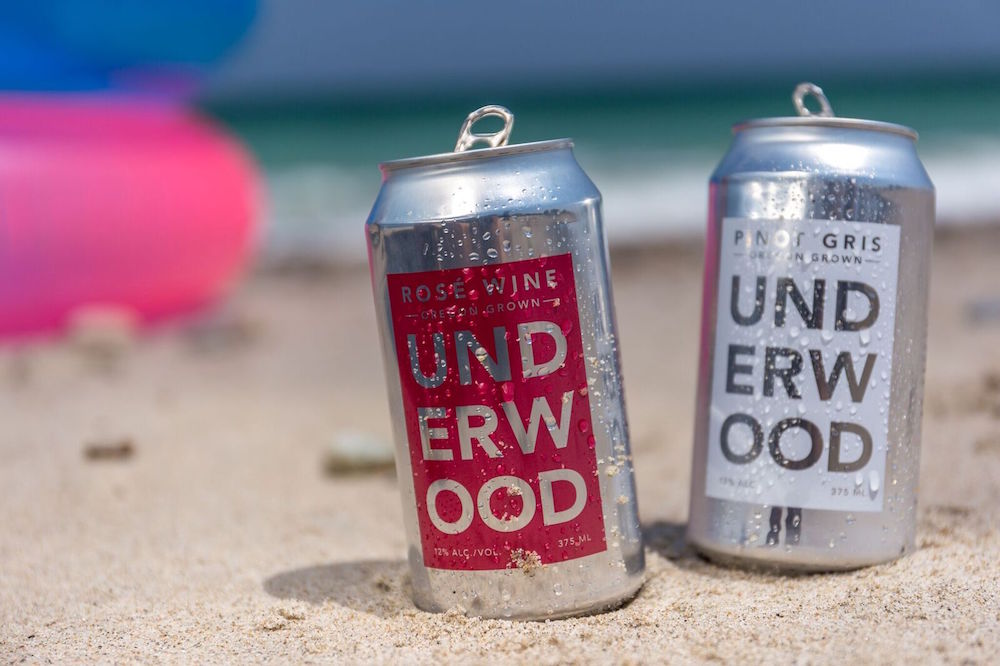 It’s tough being a wine lover. At football tailgates, even Blue Moon tastes too hoppy for you. After a weekend picnic, you have to lug around a bottle of wine, only to have it slosh all over your backpack when the cork comes undone on the way back. Worst of all, the sauce recipe you love calls for a cup of white wine and the rest of the bottle might go bad (gasp!) before you get a chance to finish it.

The solution? Pop open a can of rosé at the tailgate. Sip from another can of Moscato on your red-checkered blanket. And use a portion of the can of Sauvignon Blanc chilling in your fridge at home, drinking the rest of it as you cook. You may think your vino is supposed to come in a bottle with a cork, but we’ve already given up on that to some degree, buying bags of quality vintages for our parties and purchasing a screw-top when we don’t want the hassle of toting along a corkscrew. Now, wineries are offering the ultimate on-the-go for vino lovers: A canned wine that’s portable, environmentally friendly, and just as delicious as their bottles.

Canned wines: An explosion in popularity

You’ve probably come across at least one canned wine in the past several years — a few select wineries have been canning one or two varietals for the past decade or so. But the trend is only now starting to take off, with additional wineries jumping on the the bandwagon. Canned wines still make up a teensy bit of the overall wine market in the United States, with just 1% of wine sales, USA Today reports. But what’s happening in that 1% is pretty remarkable.

According to Nielsen data, canned wine sales have increased 125.2% from June 2015 to June 2016. Sales grew to $14.5 million, up from $6.4 million just a year before. Drizly, an on-demand alcohol delivery service, saw their sales of canned wine increase 237% from 2015 to the first half of 2016 alone. The increase in aluminum-cased offerings really started picking up in 2013, said Drizly’s editor-in-chief and chief cocktail officer Trisha Antonsen. At that time, Oregon-based Union Wine Company began marketing its Underwood line of canned wine.

The advent of the canned pinots, sparkling wine, and rosé from Underwood “makes total sense” when you factor in Oregon’s outdoorsy, on-the-go culture, Antonsen said in an interview with The Cheat Sheet. That trend has now taken off, with vintners canning their Moscato, Pinot Grigio, Sauvignon Blanc, and even Chardonnay. 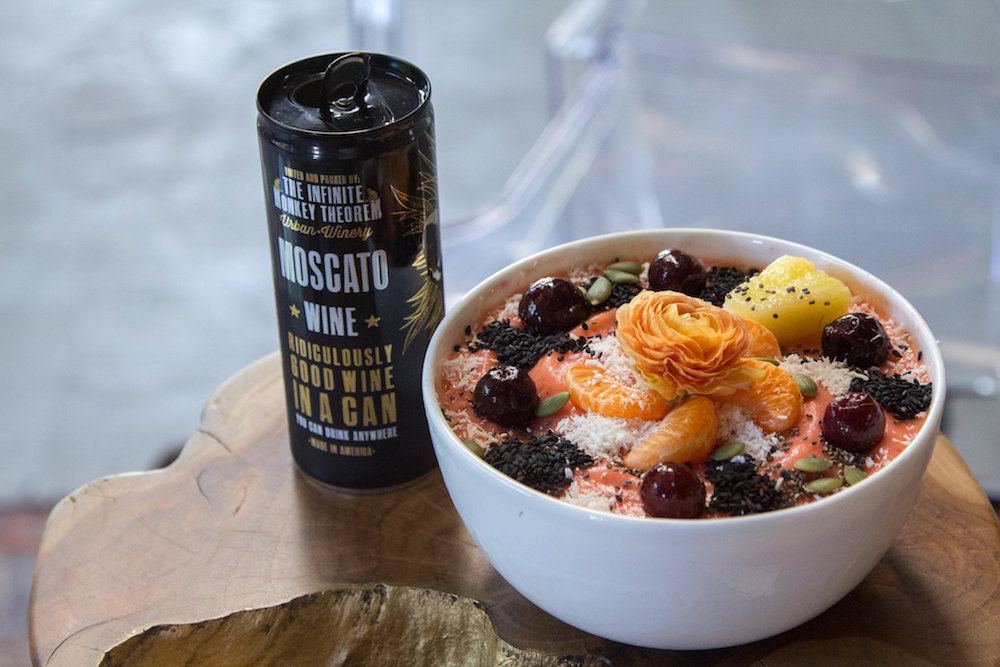 The convenience of wine in a can is unparalleled. Most cans contain about two glasses of wine (half a bottle), Antonsen said. Tote a four-pack with you to a backyard barbecue or picnic, and you’ve got wine for you and a few friends. Slip a can for yourself in your cooler for a day trip to the beach, and solve your not-a-beer-person problem at every social gathering. Anywhere a Budweiser goes, your rosé will go too.

The utility is unbeaten, but that’s not the only perk, Antonsen pointed out. Aluminum cans are easier and much more likely to be recycled, adding a sustainability factor that bottles just can’t beat. As Wine Spectator reports, cans are recycled 45.2% of the time compared to 27.8% for bottles. Part of that is habit, but some recycling centers don’t accept the bottles in the first place. Aluminum is also lighter than glass, meaning the carbon footprint of shipping all those cans is much less than the equivalent amount of wine in bottles.

For the wine industry, moving toward more eco-friendly practices is a foregone conclusion, Antonsen said. “I think we’ve seen a huge move toward being more sustainable and environmentally friendly,” she added. For one thing, they’re agriculture producers looking to preserve their crops and land for the future. If recycling helps to do that even a little bit, it makes sense to try it out. 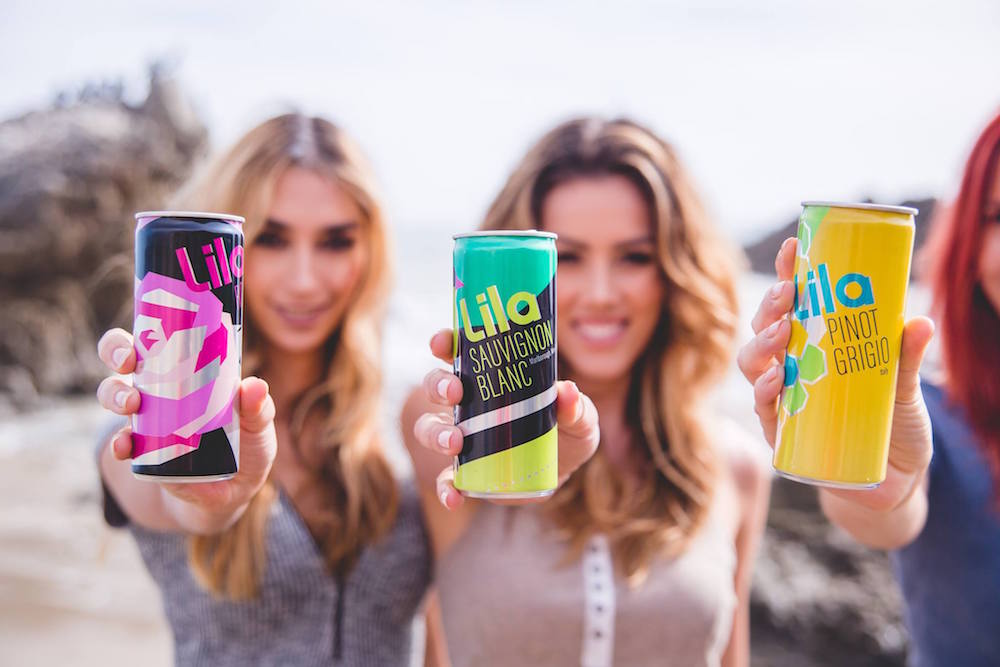 The canned wines give traditional vintners an opportunity for creativity and a new niche demographic, Antonsen added. The cans are undoubtedly most popular among millennials, with artsy aluminum designs to draw them in. “A lot of wineries are having a lot of fun with this new packaging,” Antonsen said. Brands like Lila are using bold pop art, while companies like The Infinite Monkey Theorem are taking the chance to expand their existing brand imagery in a new way.

Though the cans are in their infancy, you’re going to find the same, familiar taste from the wineries you’ve come to love. Underwood promises it’s the same wine you’ve always bought from them, and says there’s no difference in taste between the two. “As with all canned beverages, there’s a liner in the can that prevents the aluminum from contacting the wine. No one wonders that about their local craft beers or soda, so in a way it’s funny, to us, how much that question comes up,” the company states on its FAQ page.

For what it’s worth, the vintners at Underwood can’t tell the difference between the beverage they bottle and the one they put in the cans. “We regularly do blind tastings with them, and for the most part, we tend to get them wrong,” Heather Wallberg, marketing manager for Union Wine, told USA Today. “We’ve tripled our production from where we started this year, and we still have’t made enough,” she said. “The rosé we can’t make enough of. It flies.”

It’s natural to be skeptical of a totally new packaging, especially when it comes to a beverage like wine that’s so steeped in tradition. But Antonsen said the wineries will always have quality at top of mind, so you don’t have to. “They’re not going to just throw their wine in a can because it’s cool,” she said. “If they’re canning their wine, it’s passed their quality check. And they are their own toughest critics.”