From annoying passengers to long security lines to cramped cabins, there’s a lot to complain about when it comes to flying the friendly skies. And while airlines aren’t solely responsible for making air travel an increasingly stressful experience, they do deserve a share of the blame for some airline annoyances.

In some cases, an airline makes a trip so unpleasant that people are willing to give up on the carrier altogether. Roughly 20% of passengers surveyed by research firm Qualtrics in 2015 said they’d had experience so terrible they refused to fly that airline again.

The survey of 520 U.S. adults who’d flown in the past year revealed some of the issues that were most likely to make a person switch to another airline. Turns out, most people are willing to put up with a lack of legroom, cramped seats, and delayed flights. “Gotcha” fees and a cranky cabin crew, on the other hand, are deal-breakers. Here are seven things that are most likely to make people want to break up with an airline.

Who doesn’t grumble about paying $25 to check a bag when flying? These charges are almost universal on domestic U.S. flights, yet they were annoying enough to turn off 27% of flyers surveyed by Qualtrics.

Even politicians are fed up with airlines charging an arm and a leg to carry people’s luggage. A new bill in the Senate would make it easier for the Department of Transportation to put a halt to “ridiculous” airline fees, including those for checked bags and ticket changes. Checked bag fees jumped 67% from 2009 to 2014, so this is an understandable frustration.

Dirty bathrooms were a major turn off for 30% of travelers. Women were more likely to be upset about a bathroom’s cleanliness than men, with 34% of female travelers surveyed saying a filthy lavatory would keep them flying an airline again compared to 23% of men.

Flyers aren’t just being fussy about the state of airplane bathrooms. Studies have shown that heavily used plane bathrooms are crawling with E. coli and other bacteria. Bathrooms may not even be cleaned between every flight if the legs are short, Lars Barsoe of Vestergaard Company, which produces and services airport equipment, told the BBC. 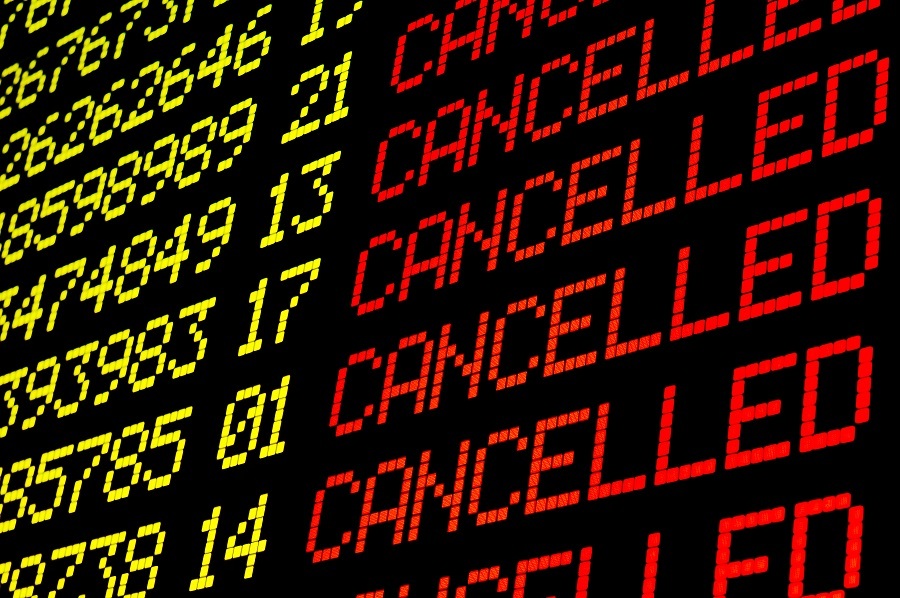 Cancelled flights at an airport | iStock.com/Mimadeo

You might settle for less-than-stellar service and grit your teeth when paying to check a bag, but canceled flights are harder to swallow. After all, you’re paying the airline to get you from Point A to Point B. So it’s hardly surprising that 30% of travelers would consider choosing a different airline in the future if their flight never took off. And though cancellations are actually pretty rare — just 1.54% of flights on major U.S. carriers were canceled in 2015 — that doesn’t make them less irksome, especially when the airline doesn’t make much of an effort to make things right. 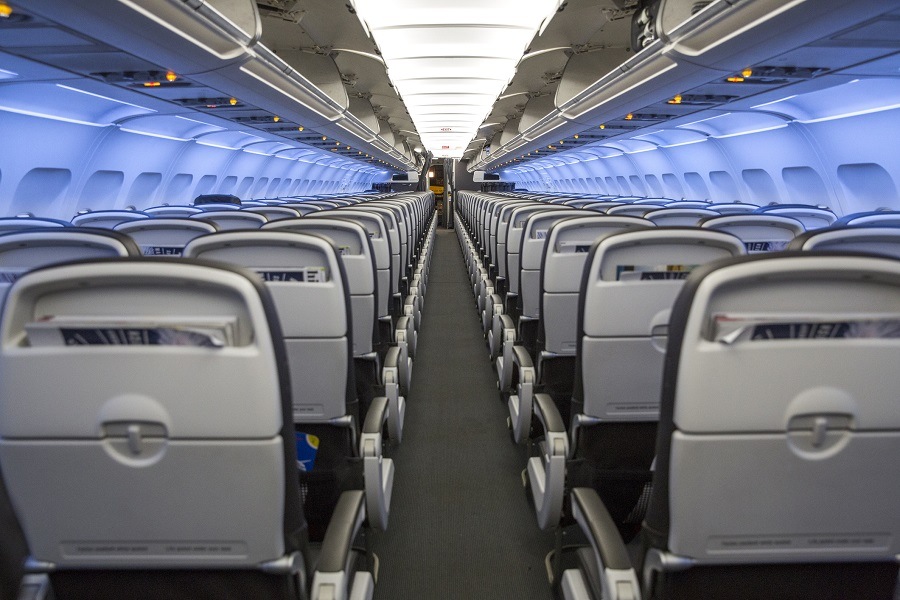 Seat rows inside an airplane | iStock.com/gabriellephotos

Surly flight attendants got on the nerves of 34% of flyers surveyed by Qualtrics. Considering that flight attendants have one of the worst jobs in America, according to some measures, it’s no wonder they’re not all smiles. Premium flyers, who perhaps expect to be treated with kid gloves, were more likely to get upset about the flight crew’s attitude than those who flew coach.

Paying to check a bag isn’t the only fee you need to worry about | Source: iStock

By now, most travelers know to expect checked bag fees, even if they don’t like them. Far more annoying are surprise fees. Getting hit with a hidden extra charge is enough to send 42% of passengers scurrying to another carrier. Depending on the airline, you may have to shell out more money if you want a pillow or blanket, have to print your board pass at the airport kiosk, or call to make a reservation by phone. If you’re not careful, the price of what looked like a bargain ticket could easily skyrocket.

A dream vacation can turn into a nightmare when an airline loses your luggage. Nearly half of people surveyed by Qualtrics said having a bag go missing was enough to make them consider other airlines. The good news is that airlines have gotten better at keeping tracks of suitcases in recent years. Globally, the rate of mishandled bags plunged by 61.3% between 2007 and 2015, even as passenger numbers increased, according to a report by airline IT vendor SITA.

Still, some airlines are more likely to mislay your bag than others. Expressjet Airlines received the most baggage handling complaints from flyers in January 2016, according to data from the U.S. Department of Transportation, followed by Skywest and American. Virgin America, Jet Blue, and Hawaiian reported the fewest complaints.