It used to be you went into a bar, you ordered a gin or vodka and tonic, a glass of wine, or a beer — and that was the end of the story. These days, craft cocktails are all the rage, and it seems as if all kinds of bars are coming up with new fancy drinks almost daily – they’re certainly more expensive, which means tips will be bigger. Know this: Low-waste cocktails are the next big thing.

All of these new cocktails sound artisan — and amazing — but you might be surprised at what’s actually in your pricey drink. Keep reading to find out what some high-end cocktails contain — it might make you want to go back to basics.

1. The new trend for drinks 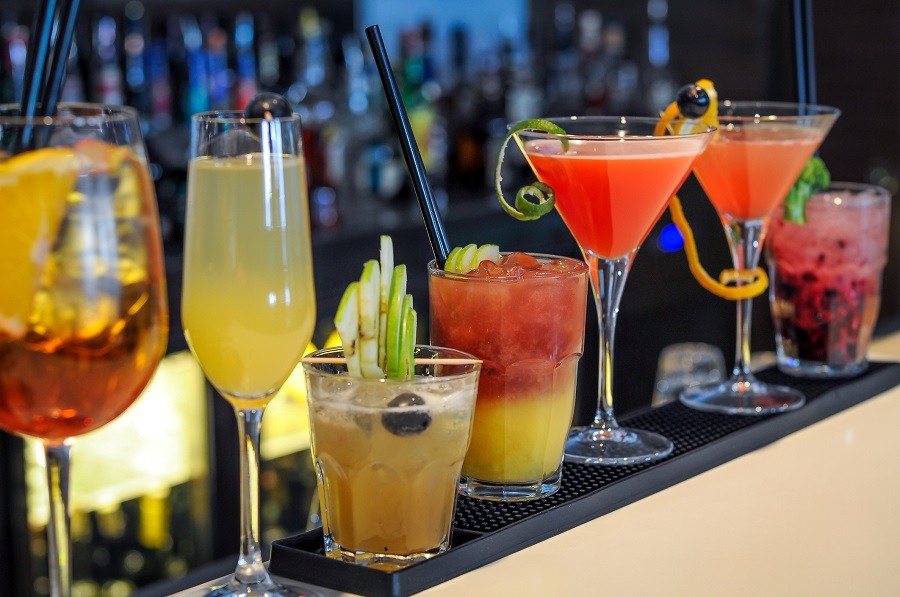 In recent years there has been a serious effort to reduce and reuse food waste in the hospitality industry, and bars are no exception. According to the website BizBash, more drinking establishments are incorporating low-waste cocktails — aka closed loop, no waste, or anti waste — into their bar programs.

Enter garbage: Eco-conscious bartenders are now finding new uses for kitchen scraps and turning them into liquid gold. In addition to using scraps to craft cocktails, some spirits brands are actually bringing environmental initiatives into play by donating the distillery compost to local farmers who grow agave, which helps mitigate waste.

2. The Notify the Mayor! 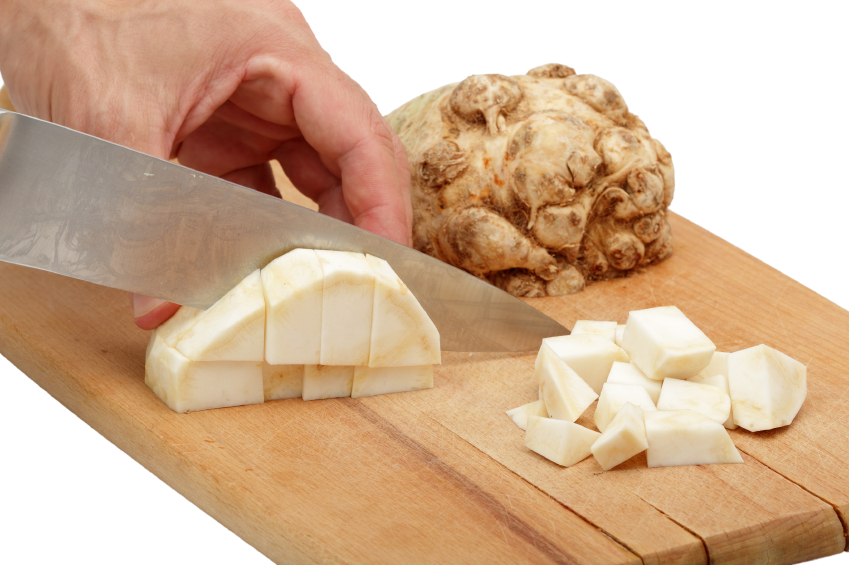 Head bartender Kim Stodel from the Los Angeles’s Providence restaurant has cultivated a drink menu that features zero-waste cocktails and mocktails — he gives new life to the drinks with what would have been trash by giving the leftover ingredients new life as infusions and garnishes.

Stodel’s drink, The Notify the Mayor!, is made from Mell vodka, a California aperitif called Jardesca, Espelette pepper, and a celeriac lime cordial. Stodel uses celery root scraps from the kitchen — and lime juice and zest — to make a syrup. He also pickles some celery root to garnish the cocktail. The rum infusion is made with leftovers. | Kim Stodel via Instagram

Stodel makes a drink called the Muay Thai, which is a Thai-inspired take on the classic Mai Tai. This version is made with a rum infusion and served with a biodegradable, rye straw. Stodel uses leftover lemongrass, ginger, and kaffir lime to create the rum infusion in a cryogenic bag. Whatever is left from the infusion, he uses to make a “fruit leather” garnish. Providence offers the Mano de Chango, a blend of Angelisco Blanco tequila, Pierre Ferrand curacao, guava, lime, and grapefruit. The drink is a mix-up of a classic margarita and a paloma, and it contains a guava syrup Stodel makes in-house. He repurposes the guava pulp from the syrup to add a fruit leather garnish to his creation.

5. Peas and Thank You He uses pea tendril for garnish. | Kim Stodel via Instagram

Not only does the Peas and Thank You cocktail have a cute name, it packs a wallop. Stodel uses pea tendril scraps that he would have thrown away to make a green pea oil he floats on top of the drink. Other ingredients include Nuestra Soledad mezcal, Bonal, lemon, pea tendril, and mint. 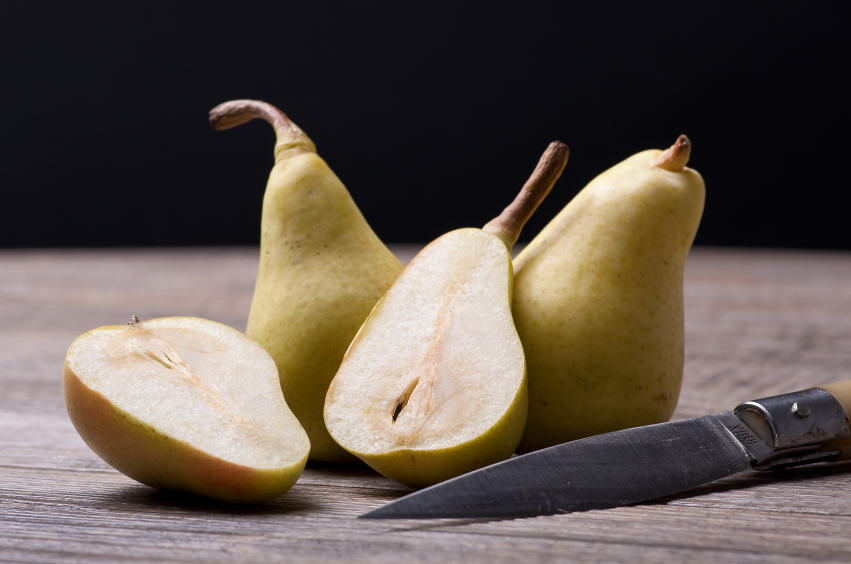 Claire Sprouse from the Tin Roof Drink Community, a company dedicated to creating a culture of shared information and practices within the cocktail industry,” consults with businesses on using sustainable practices in the hospitality industries. And her Lucky Bounce cocktail fits the bill. It’s made from of pear brandy, cinnamon-pear preserves, lemon, and cava.

“This is a French 75 riff using pear brandy. We dehydrate as much of the fruit as possible, while using the odds and ends of the fruit to make preserves. In this way, we are able to have beautiful pear flavors for as long we have these preserves, extending the life of the fruit beyond its regular season,” said Sprouse.

Next: Corncobs and husks 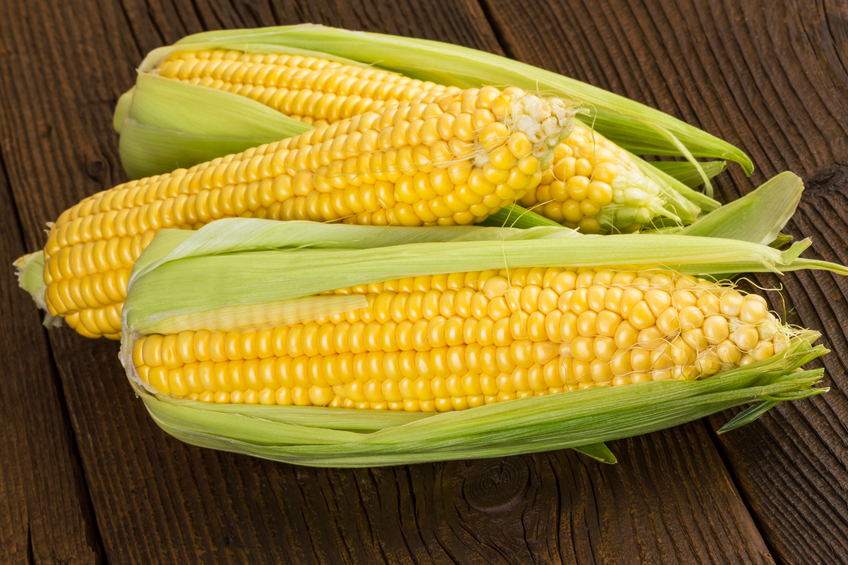 She uses the corn husks and cobs for a slightly sweet sip. | iStock/Getty Images

According to BizBash, Claire Sprouse uses corn scraps such as husks and corncobs to infuse the vodka for a cocktail called the Copper & Corn, which is clarified with milk and contains Chardonnay and citrus.

“This milk punch as a whole is clarified, which makes it shelf stable for at least a few weeks so that we are minimizing the possibility of it spoiling. In this case, the cream and curds were traded back to the kitchen where they whip them into ice cream that has a slight corn and citrus flavor from the punch,” said Sprouse. 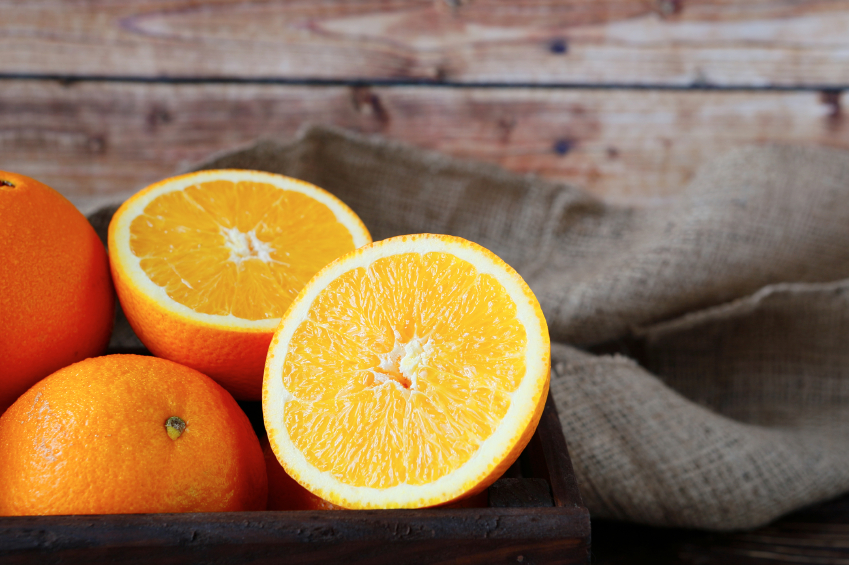 She makes a concentrate from orange scraps. | iStock/Getty Images

Kelsey Lappa came up with this sustainable cocktail that contains reused and recycled ingredients. For each drink that she sells, a portion of the profit goes to the environmental organization Zero Waste Chicago, according to BizBash.

Lappa’s creation, the Crossing Seas, is made from Cana Brava seven-year rum, Fernet Jellinek, Licor 43, and Appleton Jamaican rum. The sustainable part come in the form of a concentrate she makes from orange scraps. 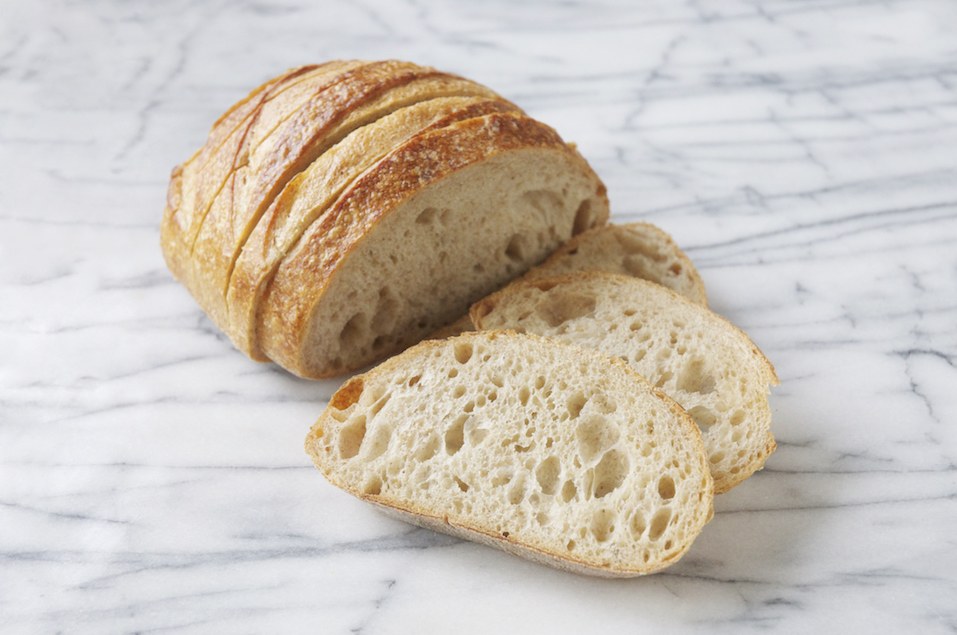 The cocktail is made from day-old bread. | janetleerhodes/iStock/Getty Images

According to BizBash, the cocktail called One More Chance is made from day-old bread. The bread is toasted, then infused with a house-made almond orgeat to create a syrup that tastes like it belongs on French toast. Next, it’s mixed with a base of Suntory Toki Japanese whiskey and Rhine Hall La Normande brandy. Other ingredients in this complicated drink include lemon, egg white, Angostura bitters, and club soda. 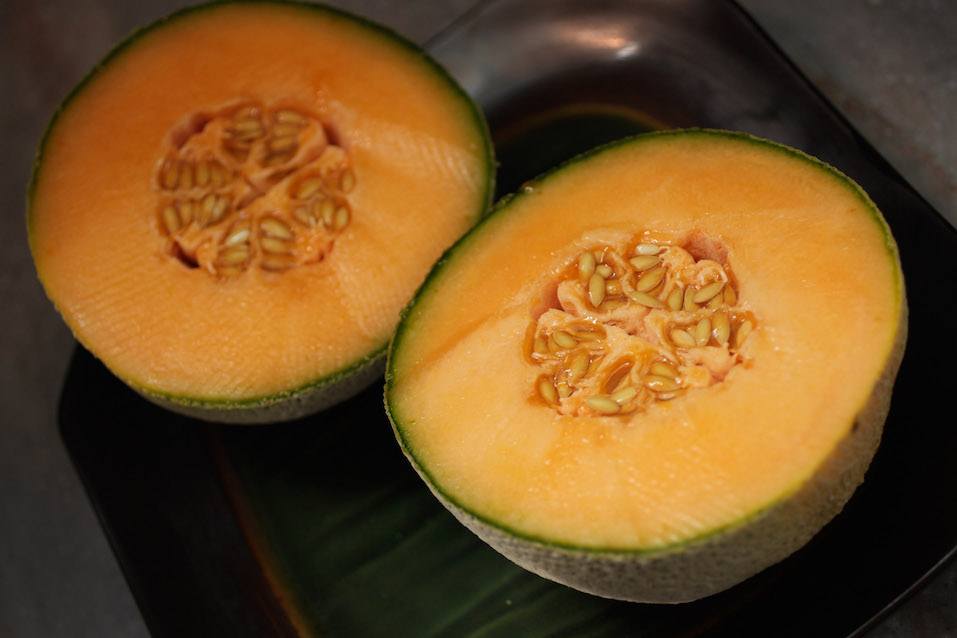 The delicious drink is made from overripe cantaloupe. | Joe Raedle/Getty Images

You can also use overripe melons for drinks. Why throw them away when they can be reused? This cantaloupe melon shrub for the Melon Collins is made from overripe melons preserved with vinegar and sugar. The shrubis the star of the drink, which also includes Patron Silver tequila, lime stock, and soda water. 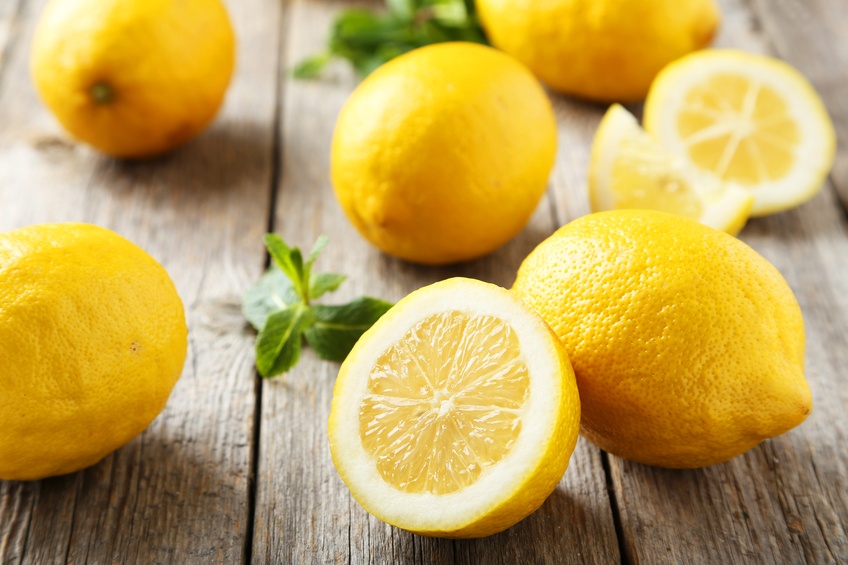 She makes it with leftover citrus. | 5second/iStock/Getty Images

You might have had a gimlet before, but probably not one like this. The Jardinero Gimlet contains a rosemary-lime cordial made from leftover excess citrus or citrus juice and sugar. Roca Patron Silver tequila and mescal finish off this tasty cocktail.

Next: Herbs headed for the garbage 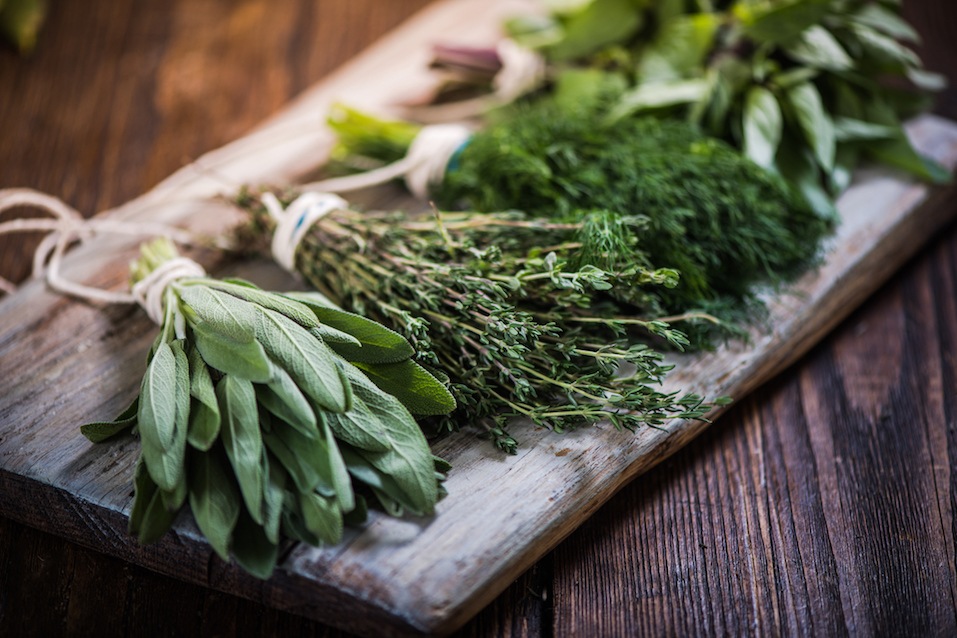 What hotel kitchen doesn’t have leftover herbs? Likely, none. Use scraps of herbs that would otherwise end up in the garbage to make the Mother Earth Pepino. Just infuse Patron Silver tequila with the herbs, then add pressed cucumber juice, simple syrup, lime juice, and soda water to make this refreshing drink. 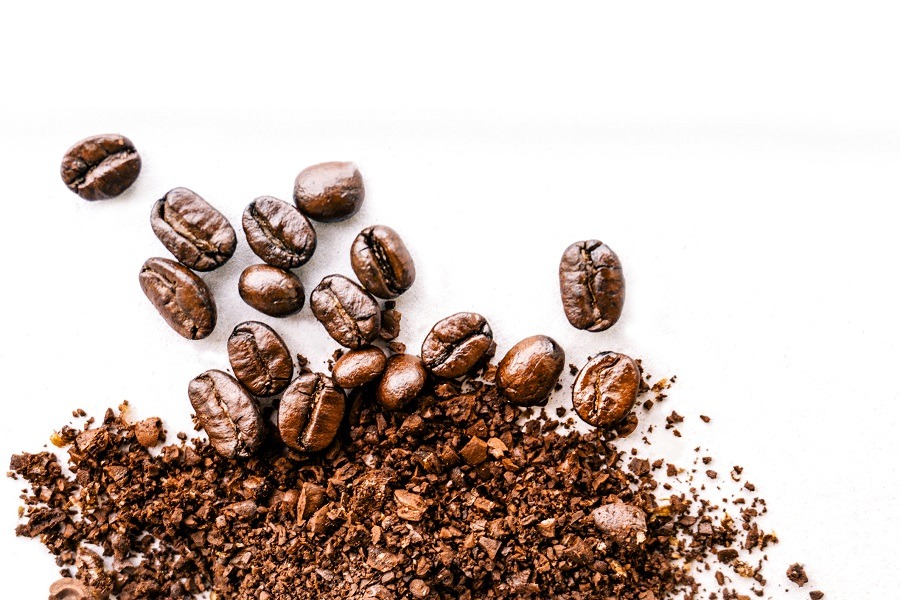 The coffee grounds are used to infuse vermouth. | Yaom/iStock/Getty Images

Coffee grounds in a cocktail? Yes, you read that correctly. The Old Brew, New Tricks cocktail is infused with coffee ground. The drink also contains Patron Reposado tequila, cynar, Ancho Reyes liqueur, and a couple dashes of mole bitters. Something about this cocktail says you either love it or hate it. 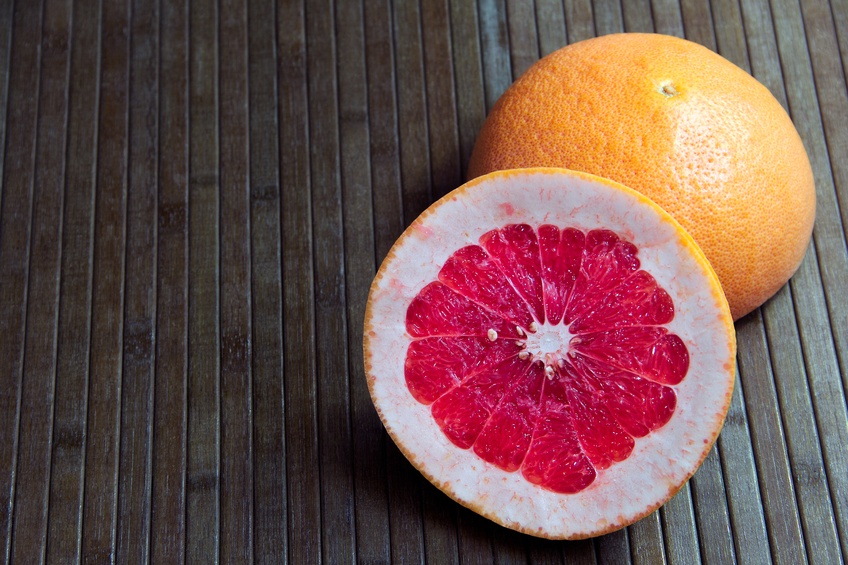 They only need the rinds. | Angelika-Angelika/iStock/Getty Images

NOLA’s Ace Hotel in NOLA offers a drink called Blood of Kapu Caps, according to the website supercall. The drink contains Caña Brava Rum and a grapefruit stock made from boiled grapefruit husks that were surely headed for the trash. Melon pulp grenadine, Pernod, absinthe and a lime oleo-saccharum — made from the discarded ends of limes — round out this drink. 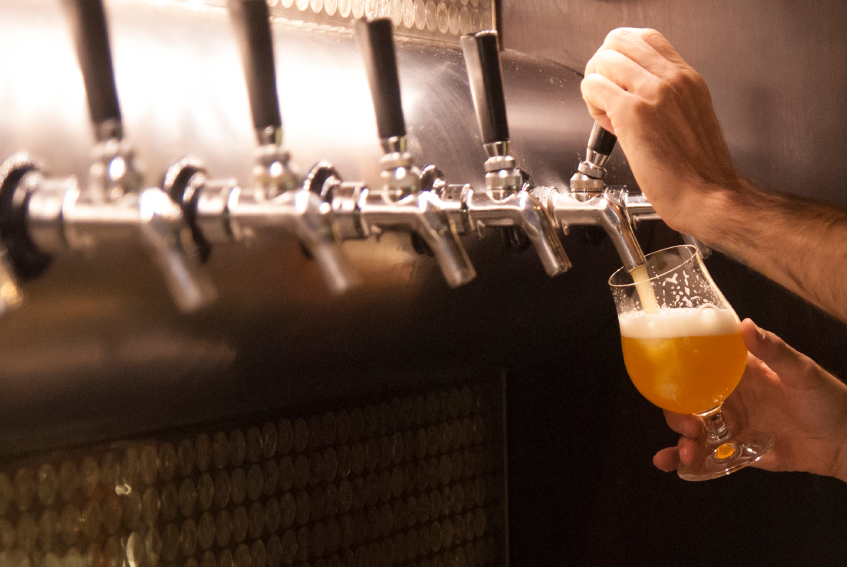 They use the left over beer flow. | iStock/Getty Images

When NOLA’s Ace Hotel has beer tap overflow, it uses it for cocktails — along with bruised peaches from a neighboring restaurant. The Penthouse Smash is made from Ford’s gin and “peach pulp beer sizz,”the product of that beer overflow and bruised peaches.

Next: This couple is taking sustainable cocktails to a new level. 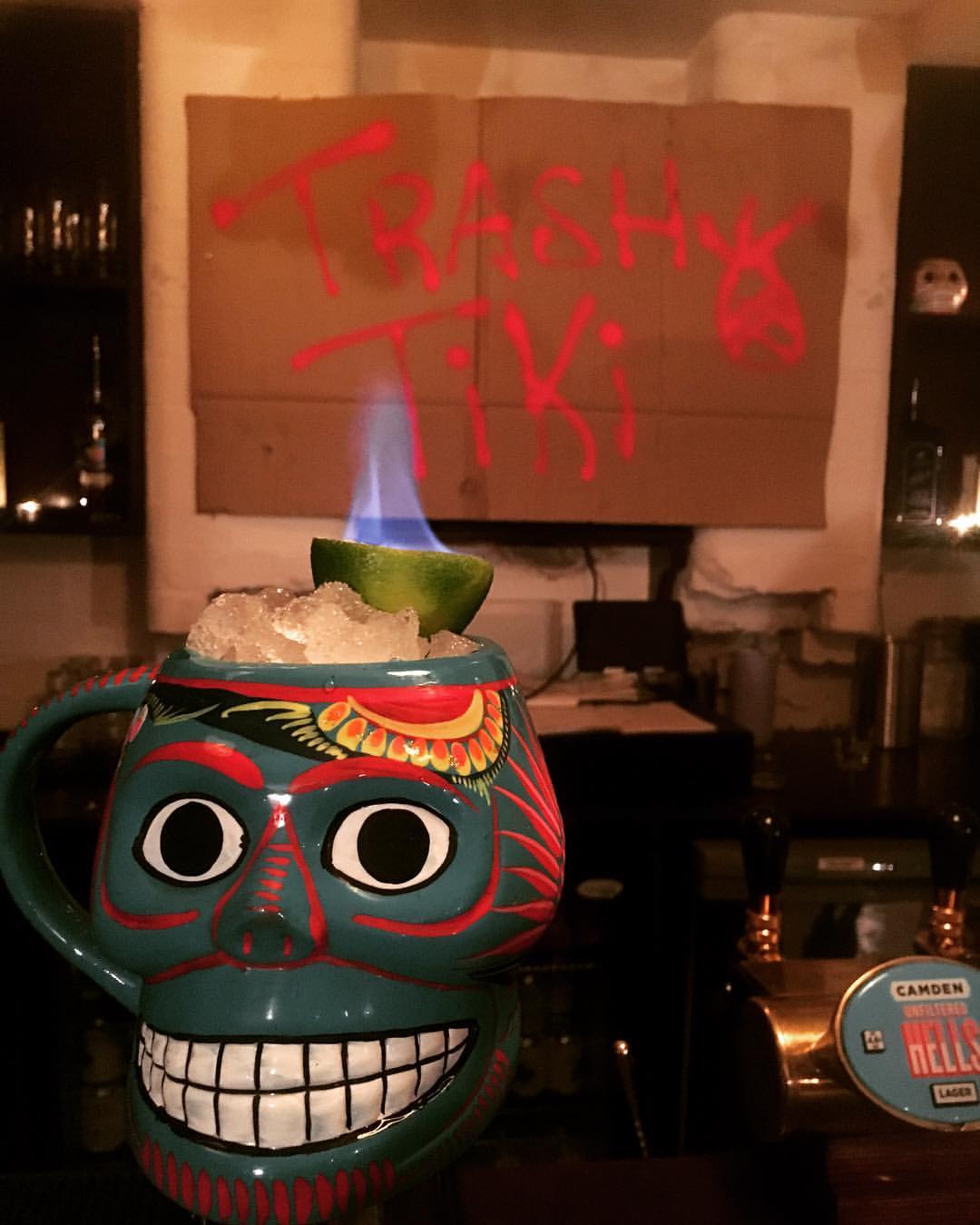 They are experts on eliminating waste. | Trash Tiki via Facebook

Iain Griffiths and Kelsey Ramage founded Trash Tiki, a project that will take them into bars around the world to host pop-up educational events. According to the website tales of the cocktail, the duo shows bartenders how they can repurpose ingredients that would be thrown out to make great cocktails. Some of their recipes include orgeat made from stale almond croissants, rum infused with avocado pits, and lime husks made into a citrus agent.

“This is not zero waste — what this is, is shining an extra large spotlight on that dark little corner of the bar where we hide the bin. Because in bars right now we’re throwing out more flavor than we’re ever possibly using in one night,” said Ramage. “And even if you are being as waste efficient as possible, guess what? The restaurant next door, almost certainly isn’t, so go use their trash and make your program even more impactful!”

Read more: Sneaky Ways Bars Save Money Without You Knowing