Most people have some complaints about the Transportation Security Administration (TSA). Plus, many Americans feel skeptical about the way the agency operates airport security checkpoints across America. But for the most part, we all tolerate the TSA’s rules and regulations. That goes for relatively innocuous restrictions like the 3-1-1 liquids rule. Yet it also seems to apply to more disquieting policies, like the prevalence of racial profiling at airport security.

According to a recent study by Stratos Jet Charters, many Americans are OK with the more obtrusive screening techniques employed by the TSA. Plus, some even say that they don’t mind TSA agents using racial profiling at the security checkpoint.

Read on to get the inside scoop on what the researchers discovered about Americans’ opinions on the TSA’s tactics.

Some Americans say they don’t mind racial profiling at all 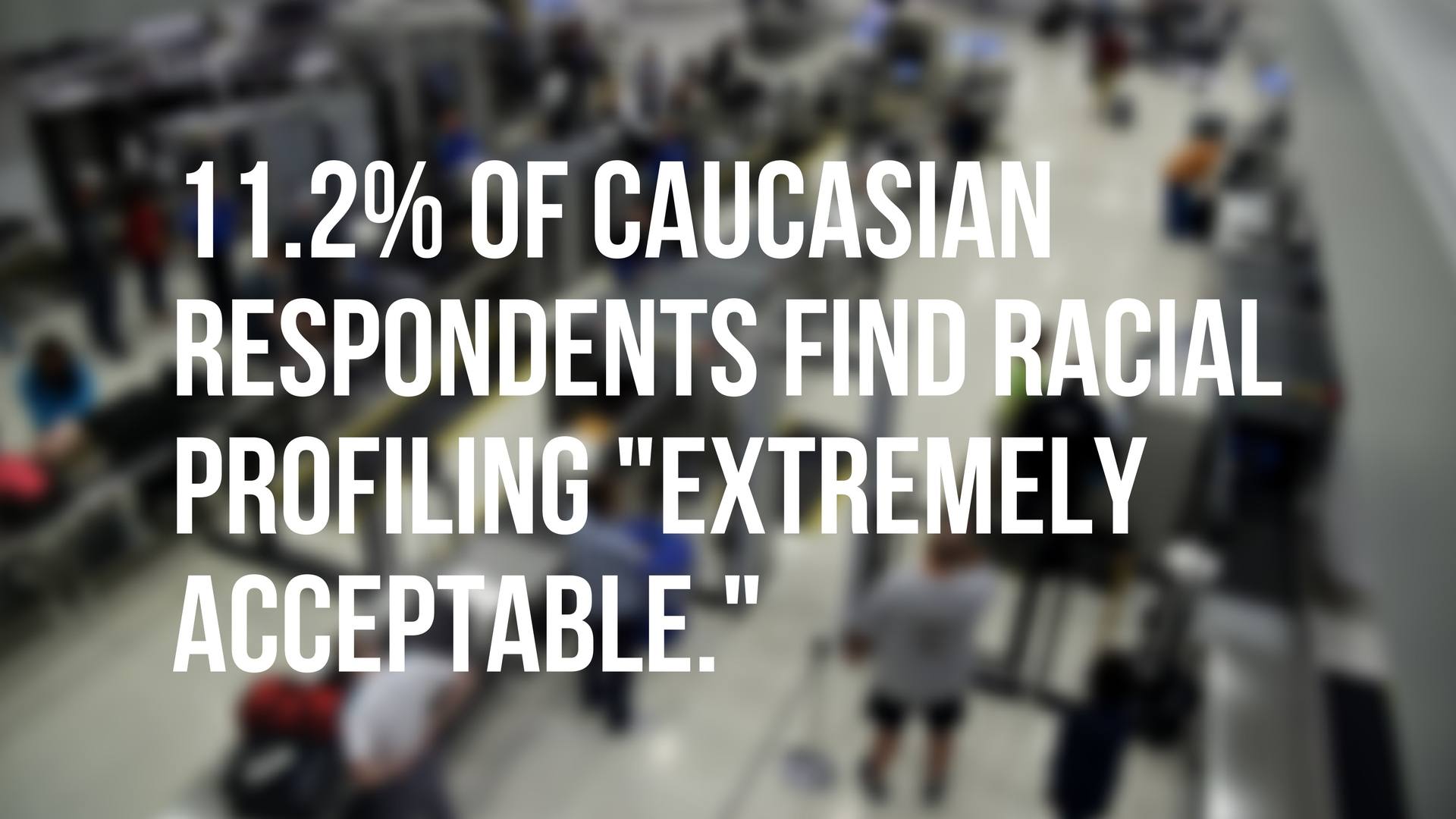 In a survey answered by more than 1,000 respondents, Stratos Jet Charters asked Americans whether they consider racial profiling an acceptable practice for the TSA. The answer? Larger percentages of respondents than you might expect said that they didn’t have a problem with the practice. But race, understandably, plays a major role in Americans’ attitudes toward racial profiling.

Many more say that racial profiling is ‘somewhat acceptable’ 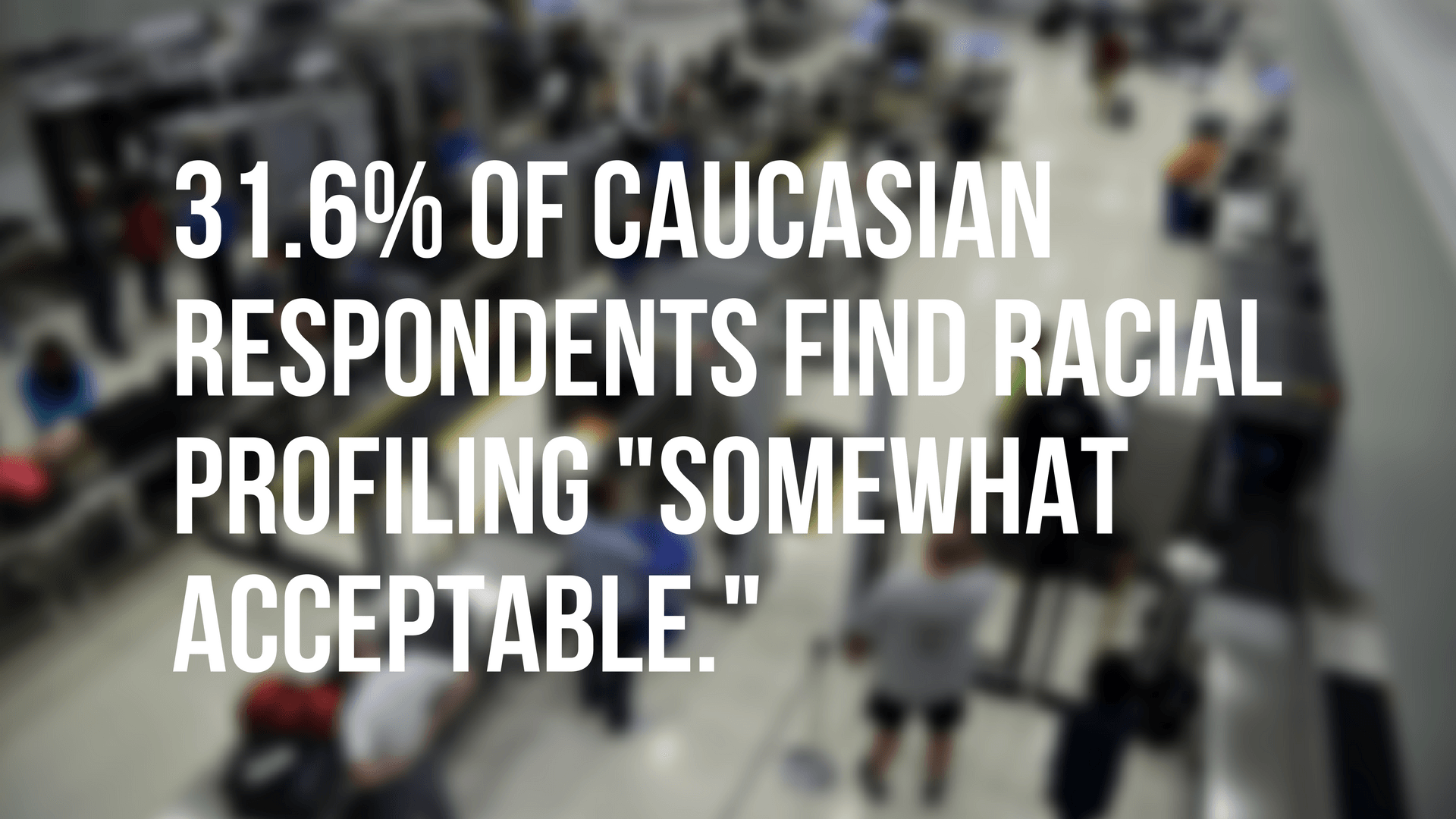 But your view on racial profiling likely correlates with your politics 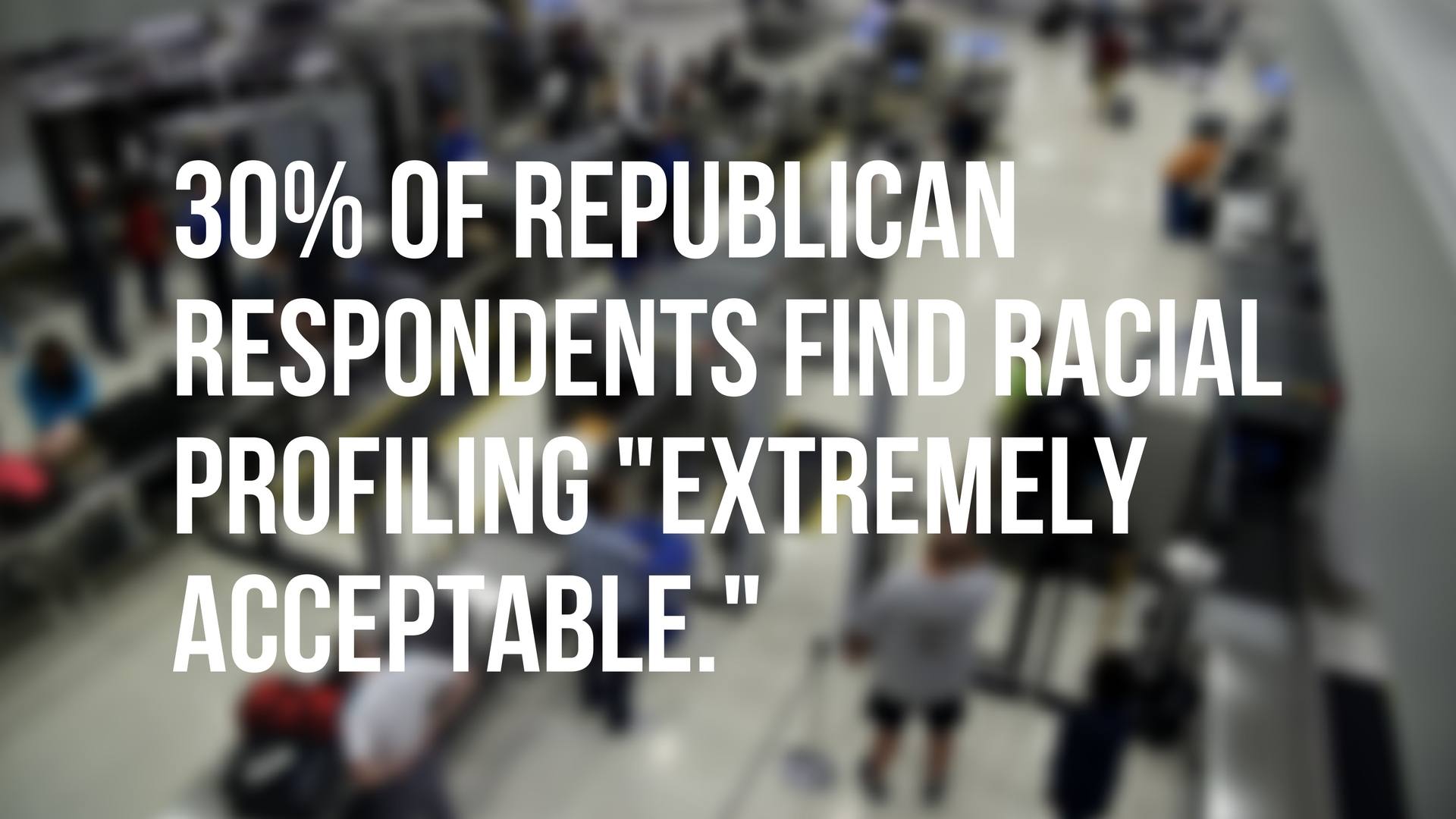 Stratos Jet Charters identified an interesting phenomenon among respondents’ answers to the question of whether they found the TSA’s use of racial profiling techniques acceptable. The researchers behind the survey found that if you vote or otherwise identify as a Republican, you’re much more likely to accept profiling at the airport than if your allegiance lies with another party.

Religion also emerges as a factor 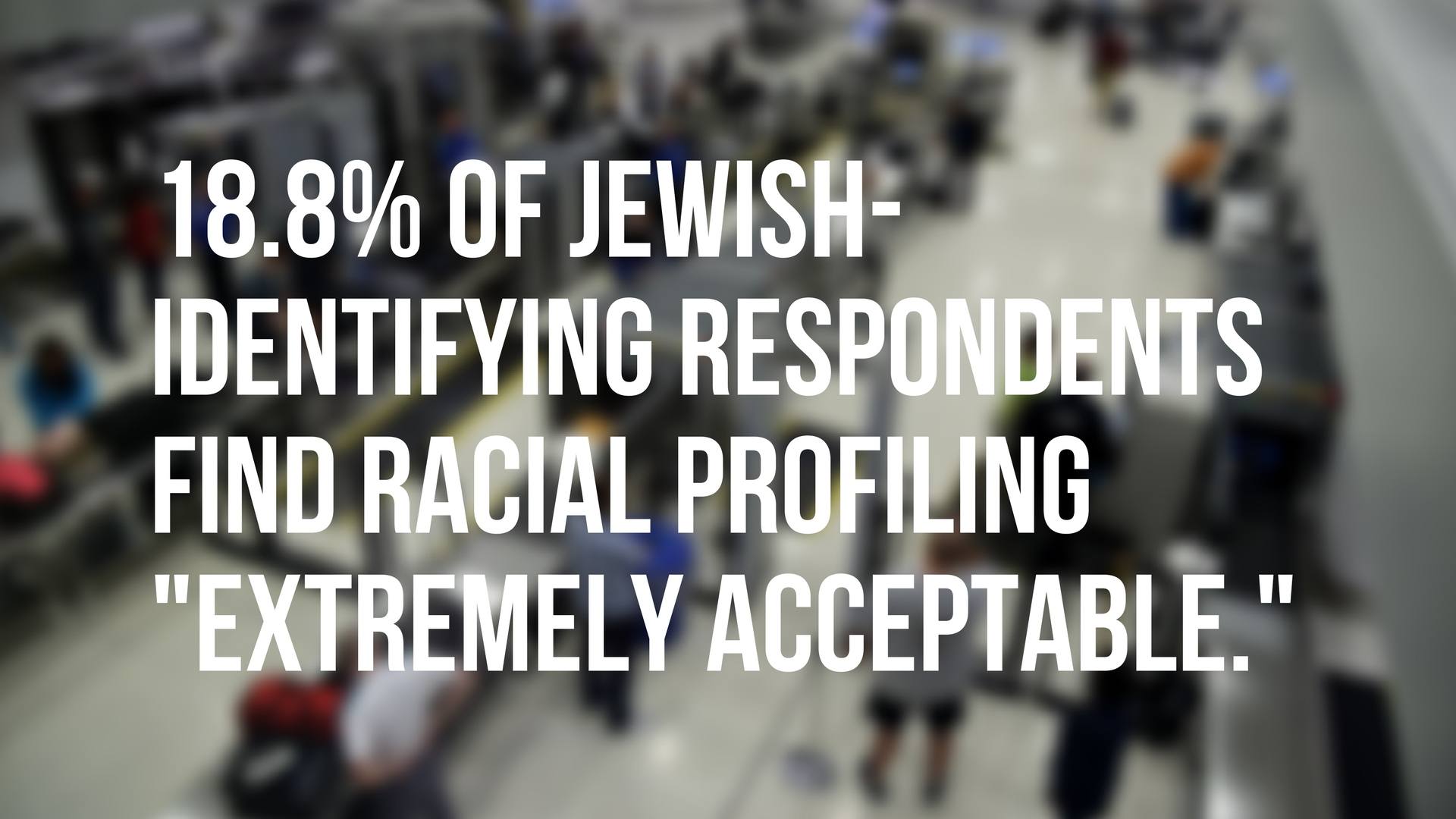 Race and politics seem to correlate with Americans’ views on racial profiling. Yet Stratos Jet Charters found that another factor seems to play a role, too: religion. 18.8% of respondents who identified themselves as Jewish said that racial profiling is “extremely acceptable.” They were followed closely by Catholics, 18.1% of whom characterized the practice as “extremely acceptable.”

The TSA has come under fire for racial profiling 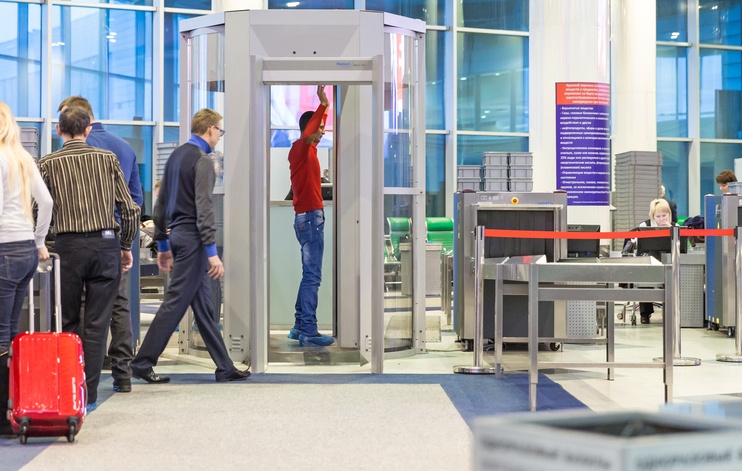 There has been repeated incidents. | mariakraynova/iStock/Getty Images

Let’s get our facts straight. How much racial profiling does the TSA really do? A lot, as it turns out. The TSA has repeatedly fielded allegations of improperly profiling travelers. The Office of the Inspector General (OIG) even opened a formal investigation in 2016. That investigation stemmed from the reports of one TSA employee who spoke up. The employee claimed that his supervisor directed him to “treat members of the Somali community differently from others.”

Plus, a study conducted by the American Civil Liberties Union (ACLU) on thousands of TSA documents reported that the agency’s screening methods rely on dubious behavioral science. The ACLU also reported that the TSA’s policies amount to surveillance of travelers, especially Muslims and Latinos. The TSA has said that it doesn’t profile travelers based on their ethnicity, race, or religion. Nonetheless, the ACLU warned, “Because the techniques that the TSA are using are not grounded in valid science, those techniques raise an unacceptable risk of racial and religious profiling.” 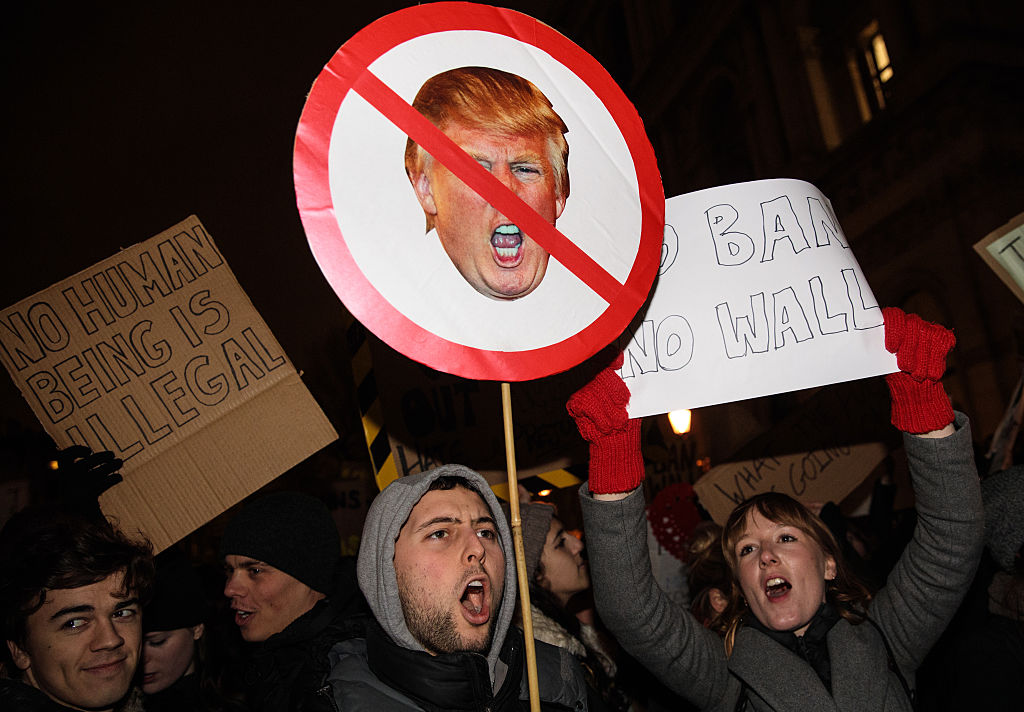 Racial profiling came from the highest office in the land. | Jack Taylor/Getty Images

ThinkProgress reported at the beginning of 2016 that racial profiling at airports extends far beyond the TSA. The publication explained, “A growing number of Muslims, Sikhs, and people of Middle Eastern descent are reporting incidents of racial and religious profiling while trying to board planes, sparking concerns that rising anti-Islam sentiment is triggering a new wave of discrimination at airports.” Policies that support such profiling remain in place. But a wave of anti-Islam hatred has worsened profiling by the TSA, by airline companies, and even by passengers.

That report surfaced a full year before Donald Trump signed an executive order barring travel from seven Muslim-majority countries. (At the time, the ban included Iran, Iraq, Libya, Somalia, Sudan, Syria and Yemen.) The executive order constituted just the first version of what became a much-litigated fixture of the American news cycle in 2017. Support for racial profiling does, in fact, extend far beyond the TSA and into the White House. 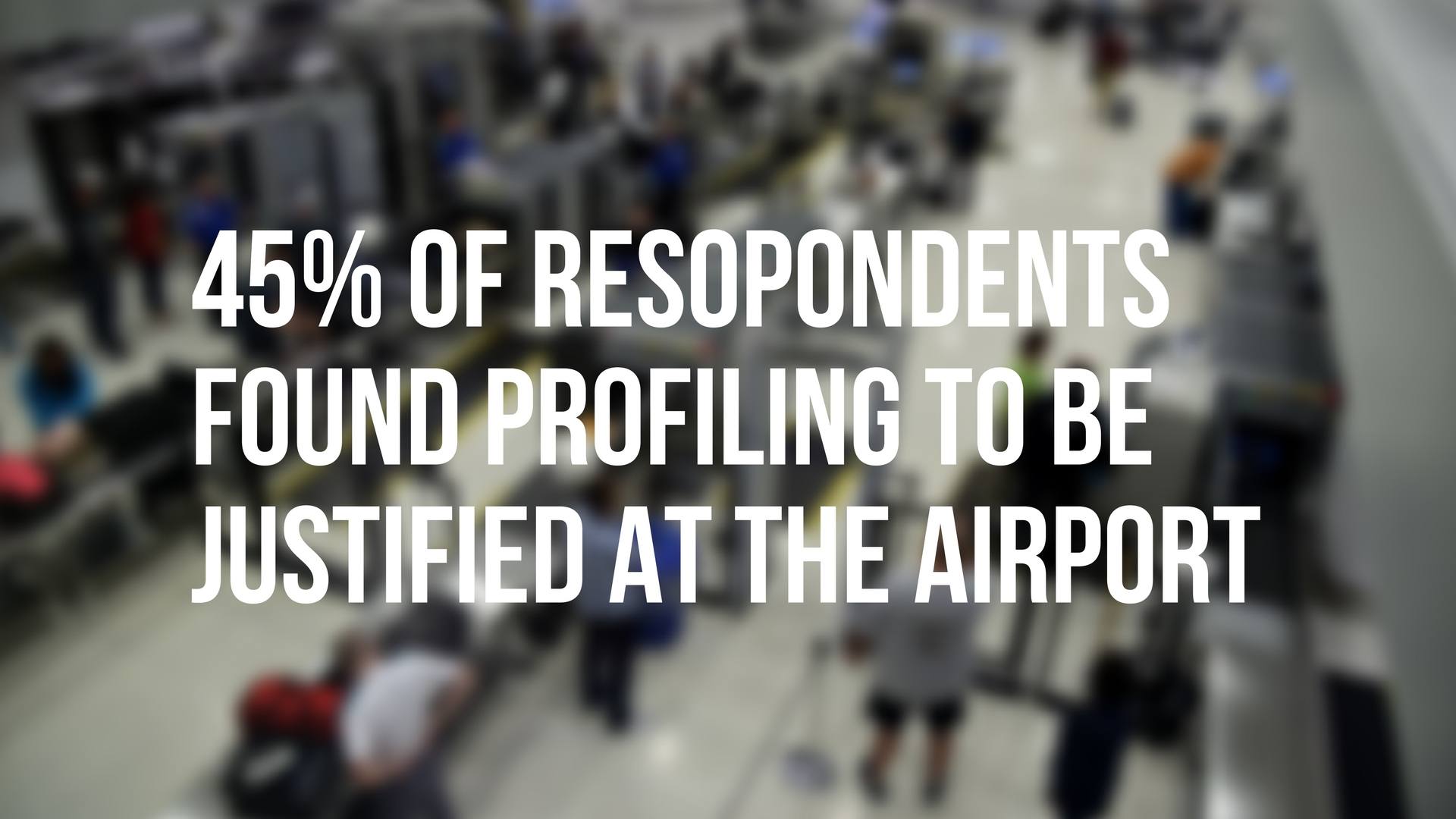 It’s tempting to blame popular support for racial profiling on a single scapegoat. (Like Donald Trump’s travel ban, for instance.) But the data doesn’t bear out that hypothesis. Gallup reported in 2004 that “a majority of Americans do not believe racial or ethnic profiling is justified in any context.” Yet that didn’t seem to apply to airport security checkpoints. A full 45% of respondents to Gallup’s survey felt that racial profiling is justified at the airport. A few years later, in 2010, 71% of respondents told Gallup that they endorsed the use of racial profiling to identify airline passengers for extra screening.

Interestingly enough, a Gallup poll conducted in 1999 provided a sharply different picture. 81% of Americans who responded at the time said that they disapproved of racial profiling. However, that pre-9/11 survey didn’t ask about racial profiling at the airport. Instead, it focused on traffic stops by police officers.