Zika Virus Fears: Should You Cancel Your Florida Vacation?

Zika virus fears have already caused some skittish travelers to cancel trips to the Caribbean and South America. With the more recent news the virus, which can cause microcephaly in infants born to infected pregnant women, is being transmitted locally in Florida, is it time to scratch the Sunshine State from your list of potential travel destinations? In a few cases, yes, but most people don’t need to put their next Florida vacation on hold.

What you need to know about Zika in Florida 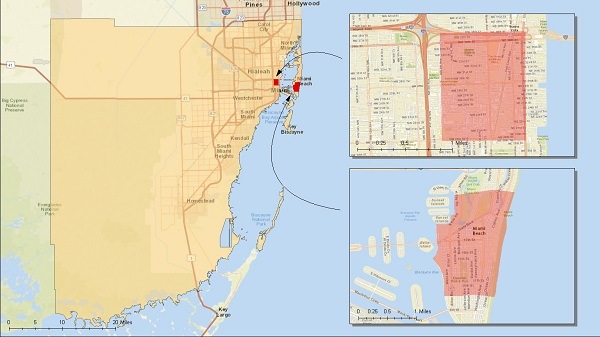 Areas in Miami, FL where Zika virus is being spread by mosquitoes | Centers for Disease Control and Prevention

In late July 2016, the Centers for Disease Control and Prevention (CDC) announced that at least four people living in Miami had contracted Zika after being bitten by infected mosquitoes, marking the first time the virus had been transmitted locally in the continental United States. By the end of August, several dozen people in the state had non-travel-associated Zika infections, according to the Florida Department of Health, including one person in the Tampa area.

With the exception of the Tampa-area case, all locally transmitted Zika cases in Florida have occurred in the Wynwood and Miami Beach areas in Miami-Dade County. The CDC is urging pregnant women to avoid those neighborhoods if possible.

As of late August 2016, there have not been any confirmed cases of local Zika transmission in popular tourist destinations like Orlando. Local officials say robust mosquito-control efforts in many of the state’s most visited areas should keep both locals and visitors safe.

Should I be worried about Zika? 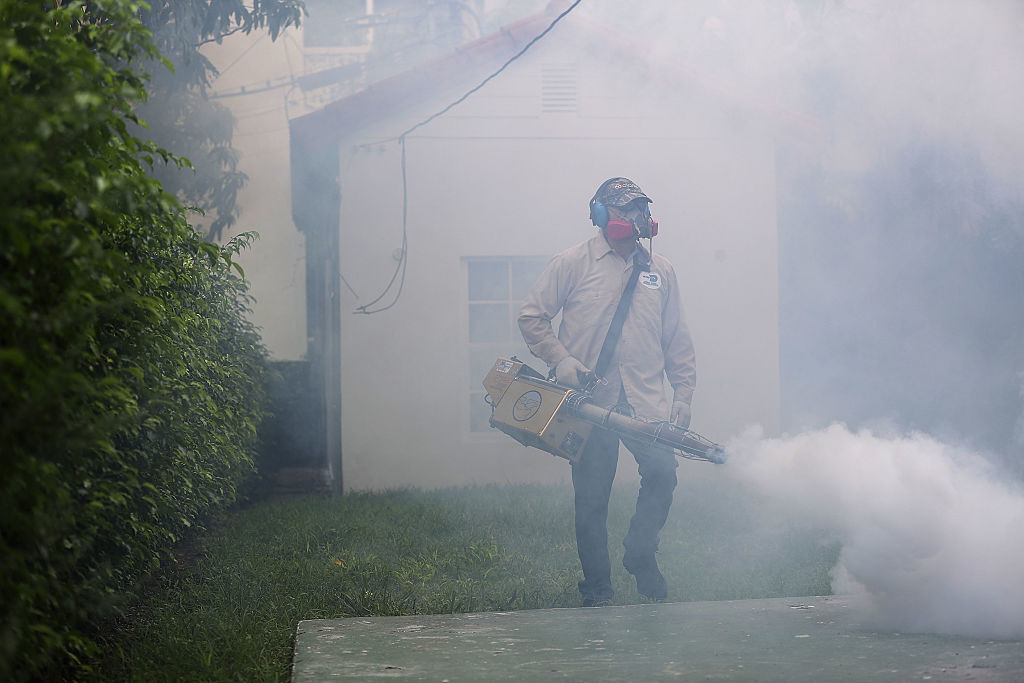 For most people, Zika appears to pose relatively little risk. Infected adults might have no symptoms, or only mild ones, such as a low fever or a rash, according to Mayo Clinic. New evidence does suggest Zika may infect adult brain cells, though the effect it might have isn’t yet clear. Zika also seems to be linked to Guillain-Barré syndrome, an illness of the nervous system.

Because Zika can also cause birth defects,  women who are pregnant or thinking about becoming pregnant need to reduce their chances of being exposed to the virus, as do their sexual partners. In addition to microcephaly, babies exposed to Zika may have other problems such as incomplete brain development and hearing loss.

What you should do to stay safe

Travel to Florida is still safe, according to the CDC, but the agency warns, “pregnant women and their partners who are concerned about being exposed to Zika may want to consider postponing nonessential travel to all parts of Miami-Dade County.”

If you do visit the area and are pregnant or thinking about having a baby in the near future, you should take steps to avoid mosquito bites. That includes using insect repellent, wearing long sleeves and long pants, and staying indoors with the air conditioning on when possible. The same goes for your partners, since the virus can also be transmitted sexually.

After visiting an area where Zika is present, the CDC suggests waiting at least eight weeks before trying to get pregnant. In the meantime, people should use condoms to prevent the sexual transmission of the virus. Men who’ve experienced Zika symptoms should wait even longer before having unprotected sex — at least six months. If you’re planning to or have already visited an area with Zika and are pregnant or trying to get pregnant, talk to your doctor, regardless of whether or not you experience Zika symptoms.

What are symptoms of Zika? 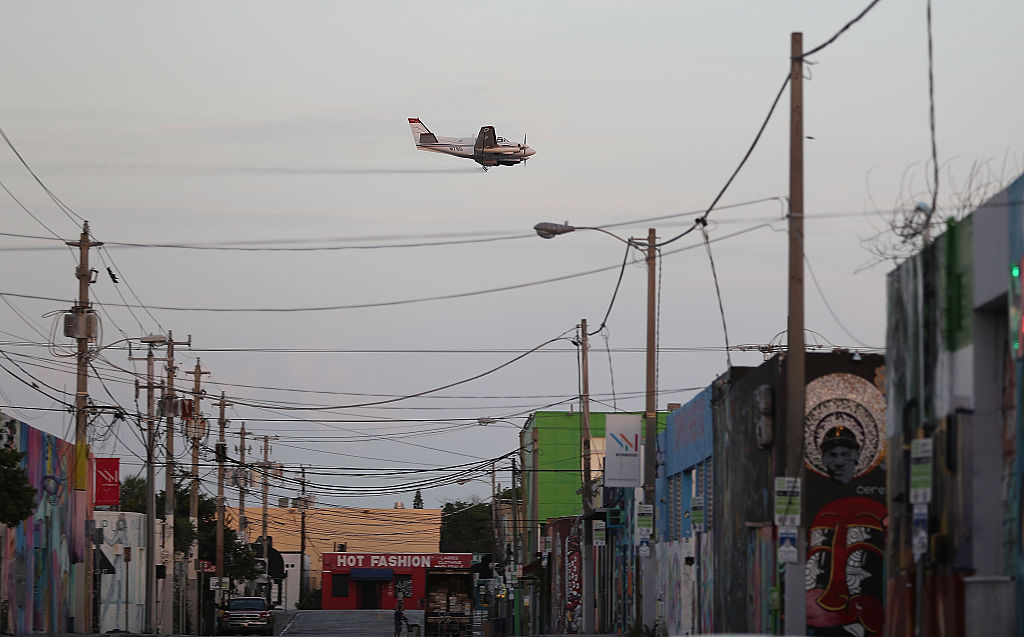 Despite your best efforts, you may still experience a mosquito bite while visiting Florida or another Zika-affected area, or be exposed in another way. If that happens, here are the symptoms to watch out for:

Some people who are infected won’t experience any symptoms at all. In other cases, you might have Zika-like symptoms but not have the virus. If you have symptoms and recently visited an area with Zika (or your partner did), visit your doctor, especially if you’re pregnant. He or she may be able to perform testing to see if you have the virus.

What else you need to know 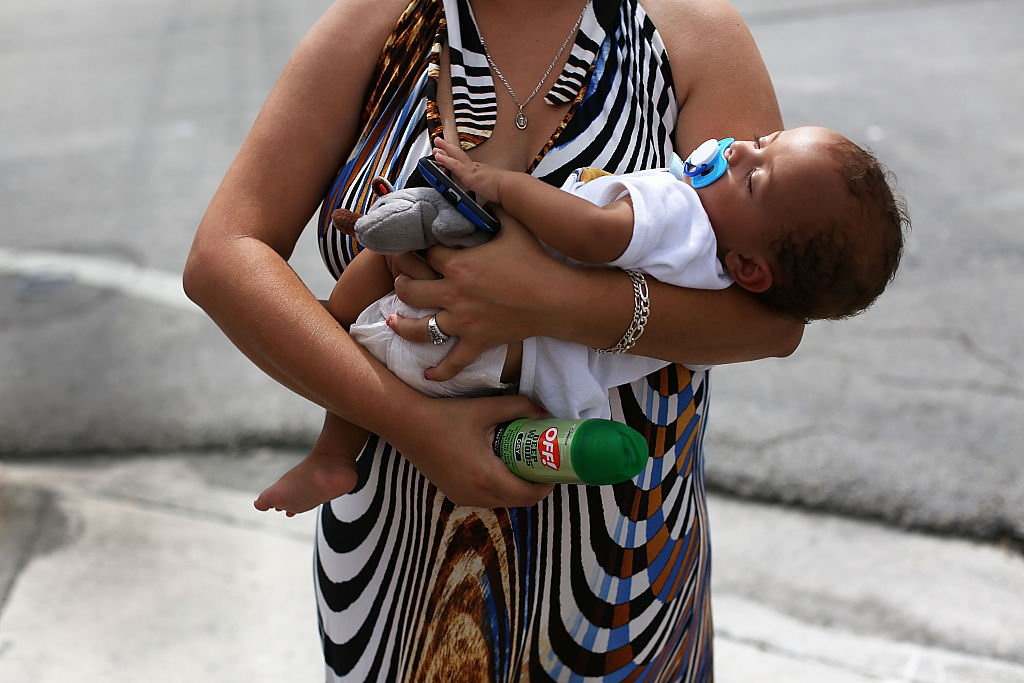 Zika is a public health concern, but officials say the virus may not spread as quickly in the U.S. as it did in other parts of the world. Zika is easily transmitted in crowded areas where air conditioning and window screens aren’t common, conditions that don’t exist in much of the U.S., CDC Director Tom Frieden told the Washington Post. Individual mosquitoes also can’t travel very far in their lifetime (about 150 yards) so a widespread outbreak is less likely. “Nothing we’ve seen so far indicates widespread transmission,” Frieden said. “But it’s certainly possible we could be seeing sustained transmission in small areas.”

However, the virus can spread when an uninfected mosquito bites an infected person, which is why it’s important to use insect repellent even after you’ve returned from a place where the Zika virus is present.

Another fact to ease your mind: Only 1% of pregnant women who are infected with Zika will experience birth defects, according to the World Health Organization. The risk seems to be greatest if the infection happens in the first trimester.

Finally, while the Florida Zika outbreak is getting a lot of attention, it’s not the place in the U.S. that’s been hit hardest by the virus. There have been nearly 8,000 locally acquired Zika cases in Puerto Rico, and another 176 in the U.S. Virgin Islands. (American Samoa has seen a smaller number of cases.) The CDC has urged pregnant women not to travel to Puerto Rico.