Quentin Tarantino says he knew about the Harvey Weinstein allegations for years and once confronted the producer about his behavior, though Tarantino has expressed regret that he didn’t do more.

Tarantino has worked with Harvey Weinstein on every single one of his films going back to Reservoir Dogs, his directorial debut that was distributed by Weinstein’s company Miramax in 1992; since then, Weinstein has backed all of Tarantino’s projects going up to The Hateful Eight, and the two have described themselves as being like father and son.

The New York Times sat down with Tarantino this week to discuss Weinstein being accused of sexual harassment and assault by over 40 women, and Tarantino revealed that he knew about this for years.

“I knew enough to do more than I did,” Tarantino said. “There was more to it than just the normal rumors, the normal gossip. It wasn’t secondhand. I knew he did a couple of these things.”

Quentin Tarantino and Harvey Weinstein at the premiere of Grindhouse. | Kevin Winter/Getty Images

Tarantino explained that his girlfriend in the 1990s, actress Mira Sorvino, told him she was sexually harassed by Harvey Weinstein. Tarantino said that he was appalled by this, but he thought it was just that Weinstein was particularly infatuated with Sorvino and not that he is a sexual predator; he thought this issue would have been resolved when he and Sorvino began dating.

But then years later, an actress friend of Tarantino’s told him a story of Harvey Weinstein making unwanted advances towards her in a hotel room. Tarantino says he confronted Weinstein about this, and he got Weinstein to apologize to the actress, although Tarantino described the apology as weak. The actress did not want to be identified by The New York Times, and so presumably she is not one of the women who has already come forward with her story.

In addition, Tarantino said he was aware of the fact that Rose McGowan had reached a settlement with Harvey Weinstein in 1997; McGowan has alleged that Weinstein raped her. Tarantino worked with Rose McGowan on the 2007 film Grindhouse, which was distributed by The Weinstein Company. In 2016, McGowan lamented the fact that she was in a movie that was distributed by the man who raped her.

It sounds like these are the three stories that Tarantino heard directly from the women in question, but he also said that he heard additional rumors about Weinstein’s behavior and he regrets not following up about them or taking the rumors seriously. 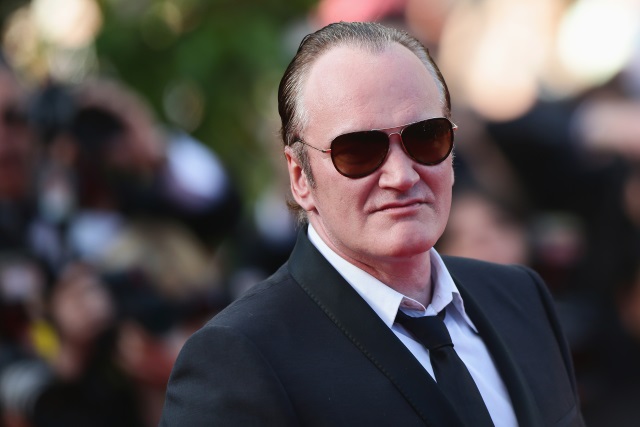 Although Tarantino and Weinstein were once close, Tarantino said that he has tried to call Weinstein since the allegations came to light and he did not hear back. It’s unclear whether Tarantino will still work with The Weinstein Company on his next film or whether this will be the first movie of his distributed by another company.

Rose McGowan also alleges that Ben Affleck once claimed to have confronted Harvey Weinstein, saying to McGowan, “I told him to stop doing that.”