10 Actors Who Never Seem to Look Any Older

It’s always interesting to see what fame does to a person. Sometimes they get crazy makeovers and look like a completely different person than what they looked like in high school. But then there are some actors who seem to be frozen in time.

Perhaps it’s the money to spend on expensive beauty products and cosmetic procedures, or maybe it’s just good genes. But there are a lot of actors who have had careers for over 20 years and look exactly the same. So who do we think are probably vampires? Here are 10 actors who never seem to look any older. 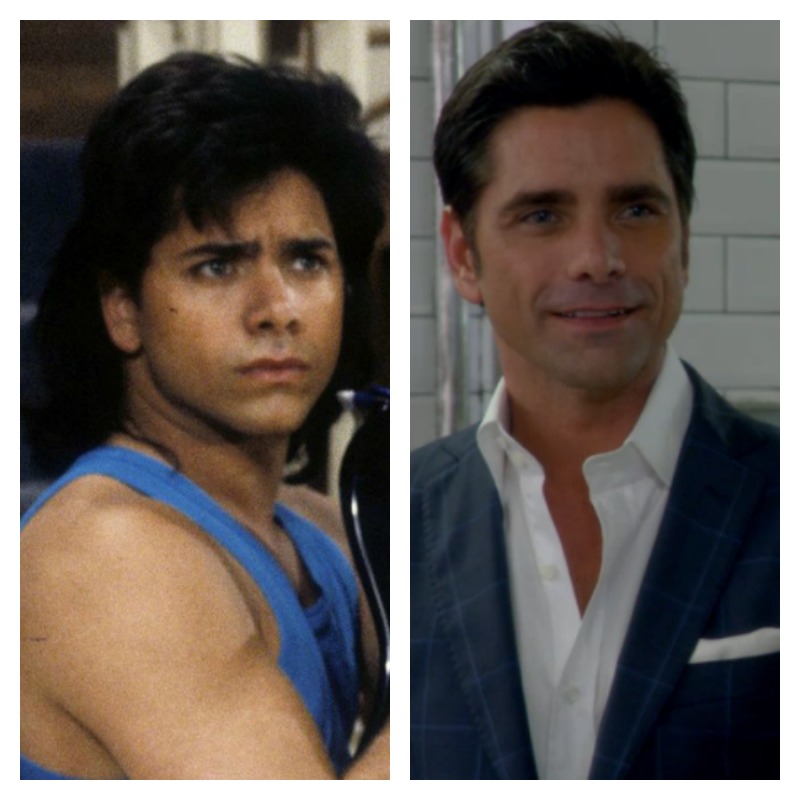 The heartthrob made it into many women’s hearts during his role as Uncle Jessie in Full House. The show started in 1987 when it was still acceptable to rock a mullet (which he did), and if you look at him now in 2016 you see that he still hasn’t aged a bit. He got his own show, Grandfathered for a season and he still looked just as good. But the true test was having him return to his Uncle Jessie role in Fuller House.

“It was really weird to see them because it looks like they didn’t age,” Michael Campion told People. “I don’t know how. They’re just like an older version of their kid self.” 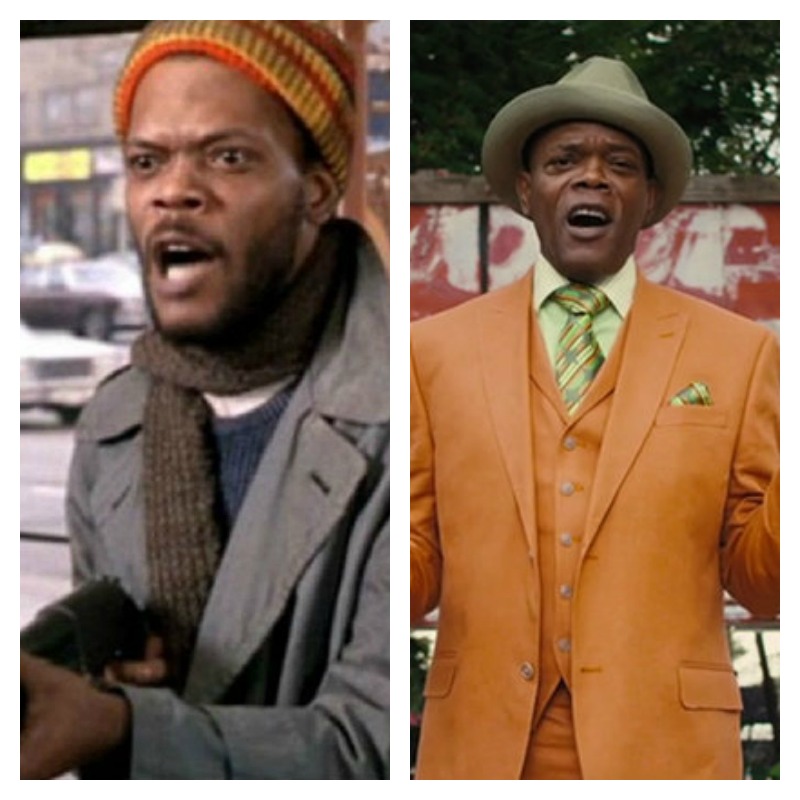 The actor has been working for quite a while. His first role was in Together for Days back in 1972. The film showed a black radical activist and white woman interested in each other during a racially charged time. He played Stan who rocked an afro and was part of the movement.

Now the actor has made it from independent films to big movies like Pulp Fiction, The Hateful Eight, and Avengers: Age of Ultron. One thing that hasn’t changed is his face. The actor looks exactly like he did in his first ever movie! 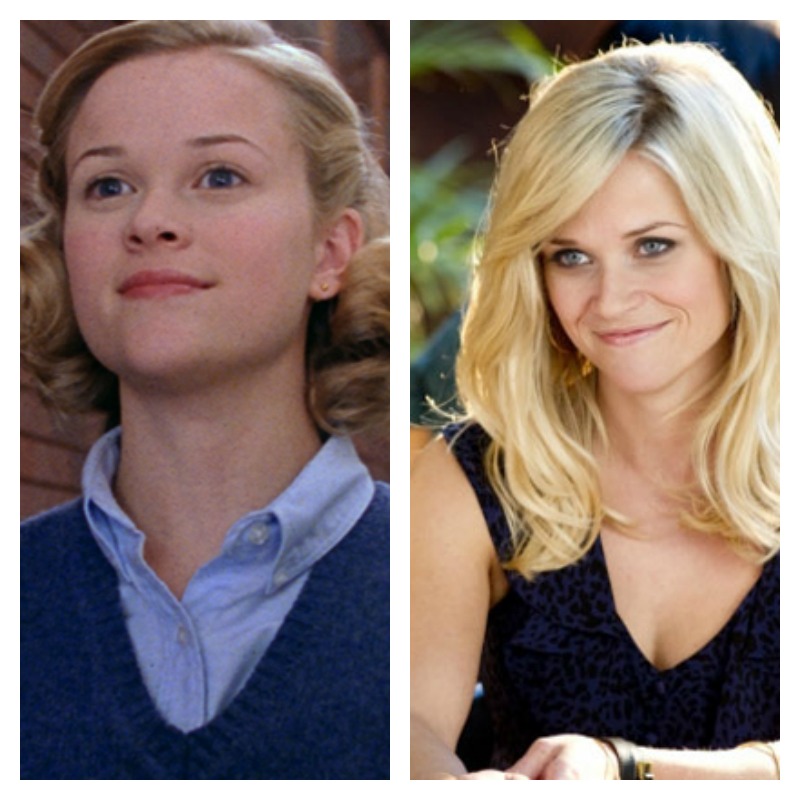 The actress started working in the business when she was 15. Her first role was in The Man in the Moon in 1991 as Dani Trant. So technically she has somewhat grew up on screen. After years of working she won an Oscar for her role in Wild. But she actually hasn’t changed that much after all these years. Her face and expressions look exactly the same, showing the actress has always been talented and she still looks very youthful. 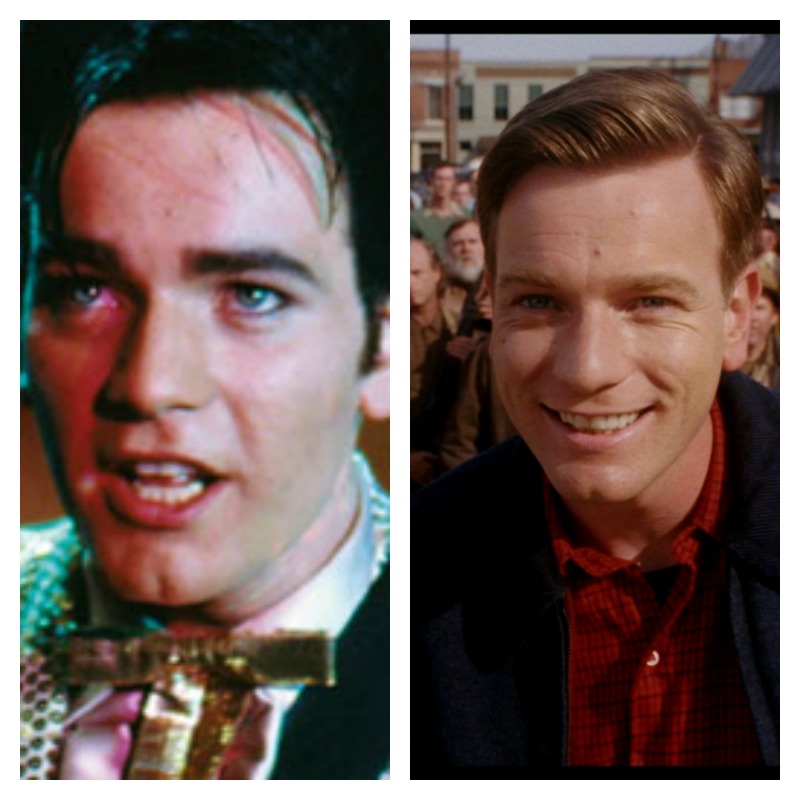 The Scottish actor got his start on the mini-series, Lipstick on Your Collar as Private Hopper in 1993. He was a fresh faced 22-year-old who played a character that was interested in women and rock music. Since then he has been in Trainspotting, Big Fish, and played Obi-Wan Kenobi in the Star Wars prequels. After all these years he doesn’t look like he has aged a day. 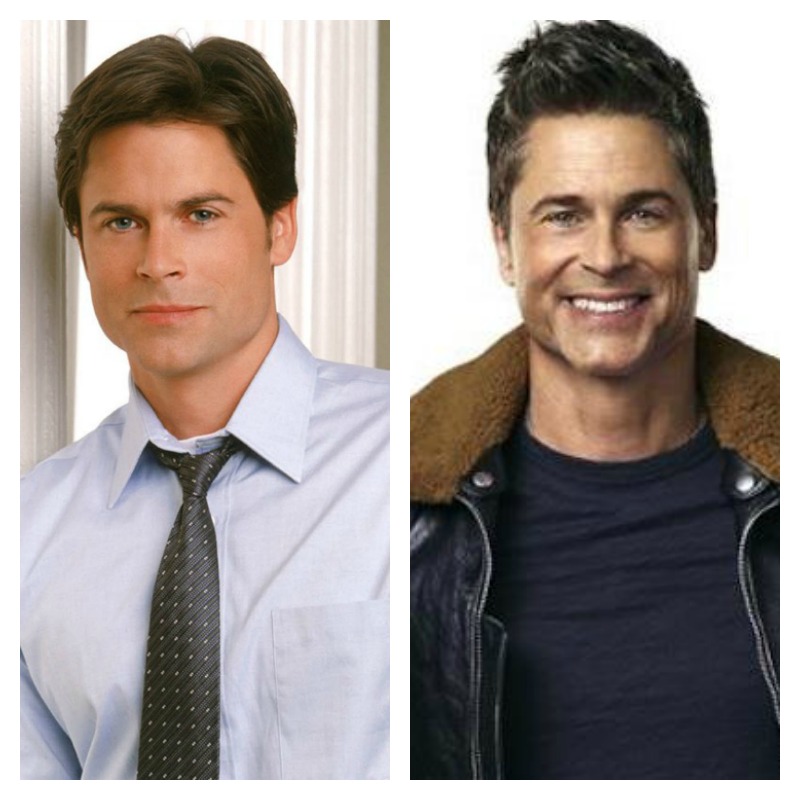 Here is another handsome actor who appears to be ageless. He got his start on A New Kind of Family as little Tony Flanagan in 1979. He rocked a floppy ’70s haircut but still looks pretty much the same. Since then he has starred in The West Wing, Parks and Recreation, and The Grinder. Although he appeared in the movie, The Stand more than 20 years ago, it still looks like it could have been shot with him today.

When Conan O’Brien asked how he stays so young, he answered, “I don’t drink and I work out a lot I’ve learned some tricks over the years.” He then continued, “I take very good care of myself, I’m aging on the inside, Conan. I’m 103 in my heart. I’m so bitter.” 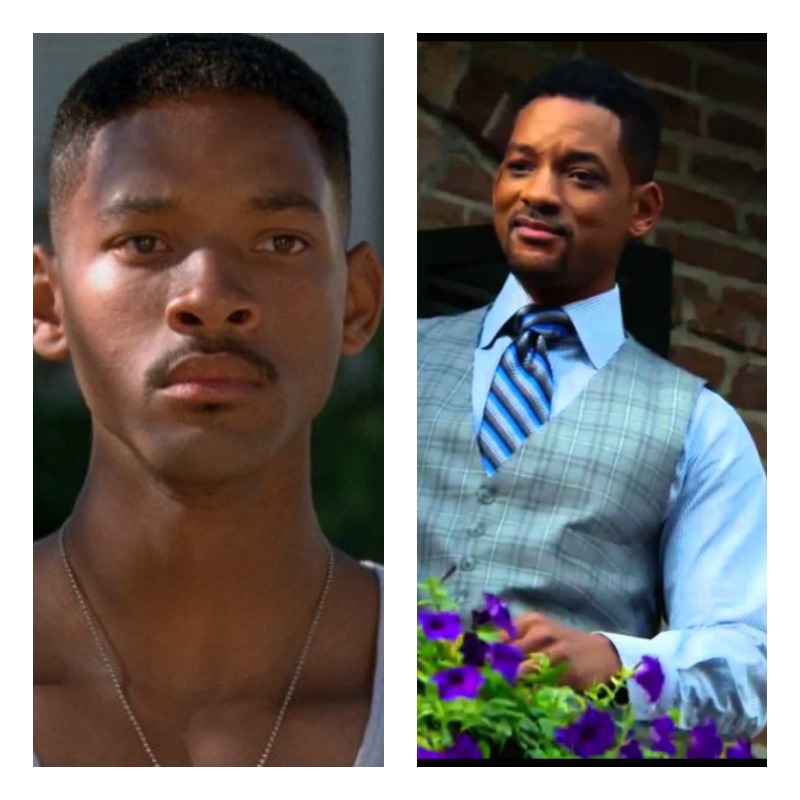 The charismatic actor became a household name in The Fresh Prince of Bel-Air in 1990. He was only 22 at the time playing a teenager, but he might actually be able to get away with playing this role today. Since the show he has become one of the biggest movie stars with Independence Day, Men in Black, and Ali. He has also been on screen with his children multiple times, but it’s hard to believe that he is a parent now since he looks like he’s still Will from Bel-Air. 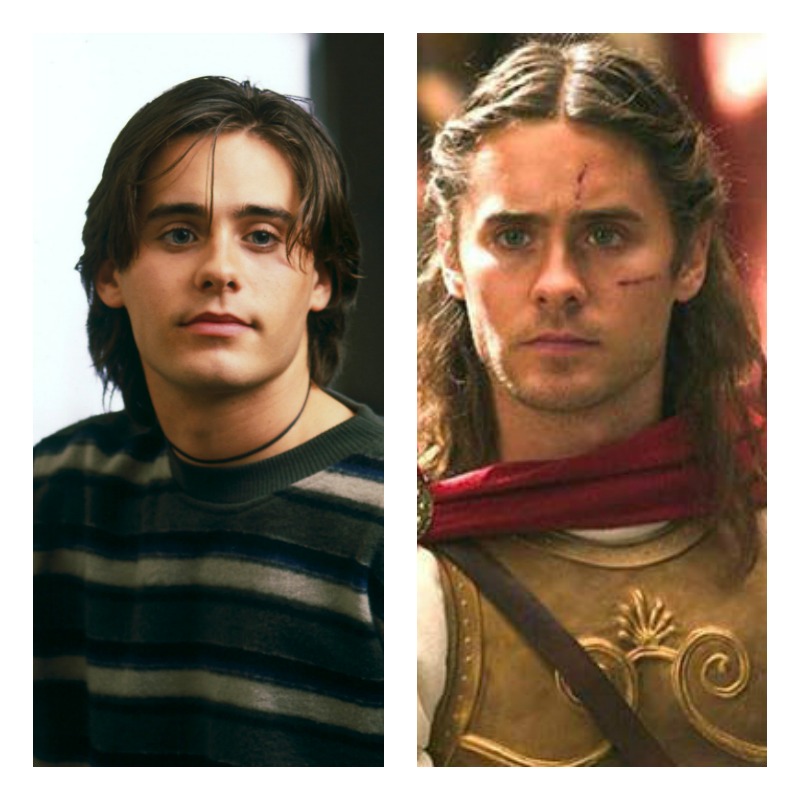 He became a lot of women’s dream boat when he played Jordan Catalano on My So-Called Life in 1994. He was the love interest of Angela played by Claire Danes and rocked a slightly shorter hair cut than he does now. The actor still looks the same besides growing out his hair and has since took on some interesting roles. He was in Requiem for a Dream, Mr. Nobody, and won an Oscar for Dallas Buyers Club. Even though his first infamous role was over 20 years ago he still looks the same.

So what’s his secret? “I still have plenty of vices,” the actor told GQ, “but alcohol isn’t one of them. It’s probably just down to sleep and diet. If you travel long haul a lot or don’t sleep much, it’s not going to last very long, that’s for sure. I’m pretty healthy so I think that helps a lot. I’ve been that way for a long time – 20 solid years of eating vegetarian/vegan and taking care of myself. That probably helps the preservation process.” 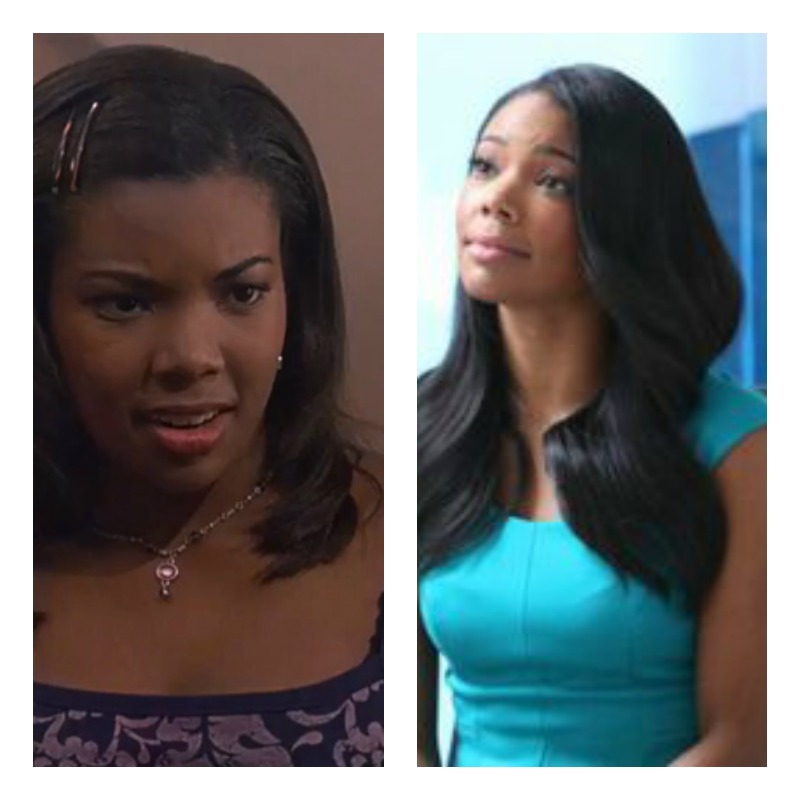 The actress has had a long and interesting career. She was in many memorable ’90s shows and movies like Family Matters, Sister, Sister, 7th Heaven, 10 Things I Hate About You, and more. She was in her 20s at the time playing teenagers, and years later we would still argue that she could pull it off. She now plays the titular character in Being Mary Jane who is a talk show host. But she looks exactly like she did over 20 years ago. 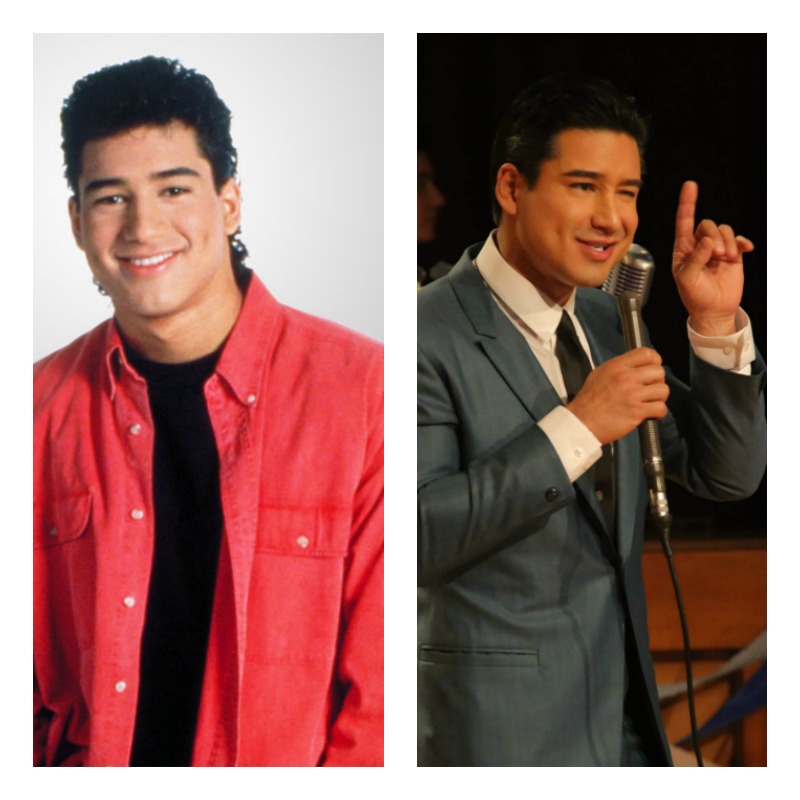 Before he was a successful host, he was just hot A.C. Slater on Saved by the Bell in 1989. The actor was just 16 then and had a much curlier hair style, but he basically looked exactly the same. After the show he went on to acting a little more in Pacific Blue, The Bold and the Beautiful, and Nip/Tuck.

He later started coming into his own by doing interviews on Extra and doing hosting gigs on shows like The X Factor. Although he isn’t acting as much, most people can’t deny that when they see him they instantly think of his early role because he hasn’t changed since. 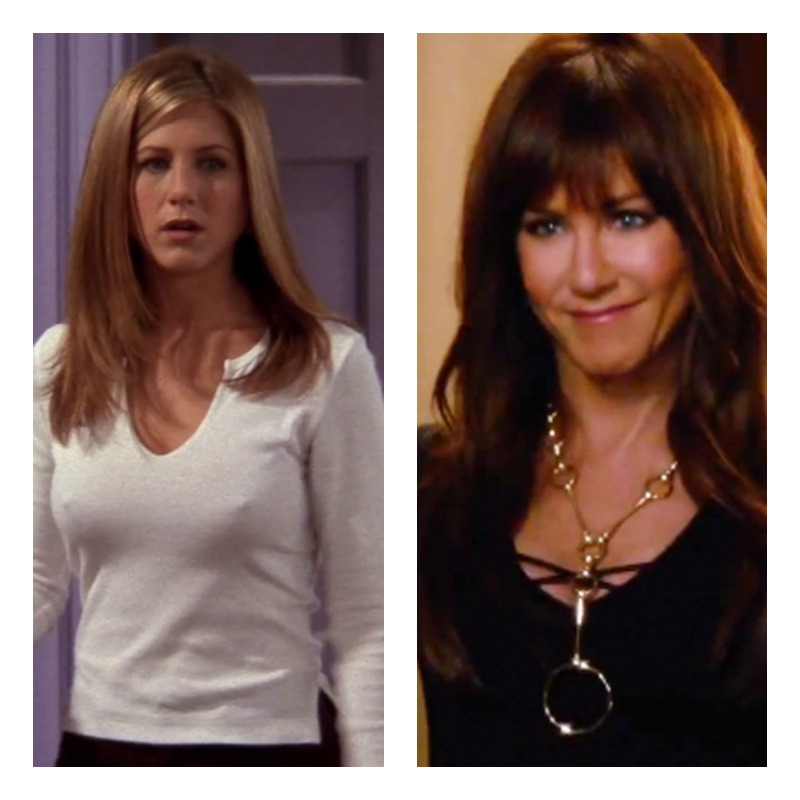 The actress became one of America’s sweethearts by playing Rachel Green on Friends. There she was able to show off her comedy chops and become a style icon. “The Rachel” was definitely a famous hair cut during the time. Now the actress has left the hairstyle behind, but she pretty much looks exactly the same. She’s no longer doing television and is now a huge movie star. But if they ever do a revival of Friends she could reprise her role and look like she never left.