Authors Who Made Cameos in Movie Versions of Their Books

Learning one of your favorite books is being turned into a movie can cause all kinds of mixed feelings. On one hand, you can’t help but be excited. On the other, it’s also impossible not to worry that Hollywood is about to ruin the story you love. One thing that may help ease the hesitation? Knowing that the original author approves the adaptation and is involved in some capacity – even if it’s just for a brief cameo.

Over the years, plenty of writers, from Stephen King to Twilight’s Stephenie Meyers, have made notable appearances in the movie versions of their books – and the trend is set to continue. Below, check out 10 writers who appeared in the film versions of their novels: 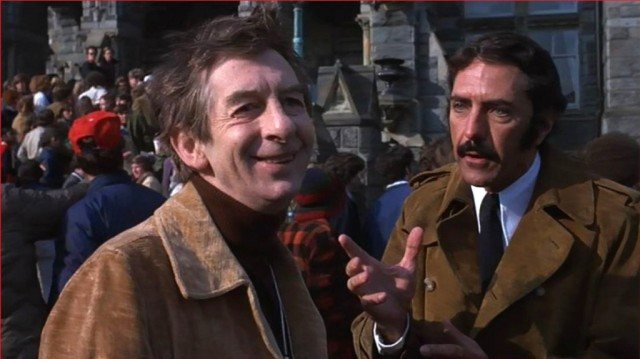 The writer of one of the most famous horror stories of all time is also one of the many authors to make an appearance in the movie versions of their books. Toward the beginning of the 1973 movie (before the you-know-what hits the fan), there’s a scene in which Reagan’s actress mother is working on the set of a movie that’s being filmed at the Washington University. In the brief on-set scene, Blatty himself appears as a producer of the film (above, right), who steps out of his trailer holding a script and asks if one particular scene is really necessary. It’s a suitable scene for Blatty, as the author reportedly went head-to-head with the real Exorcist director William Freidkin about the inclusion of certain scenes in the film. 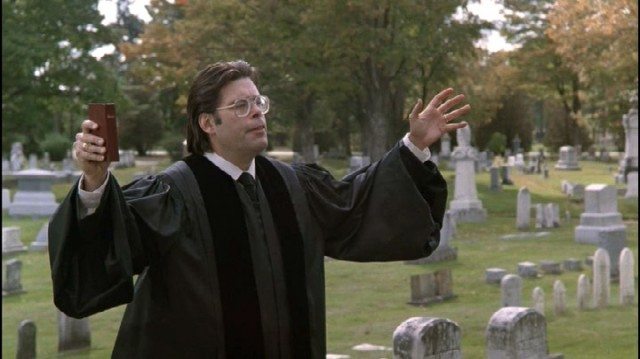 As King’s fans will know, the famous author makes a cameo in most of the film adaptations of his works. In Pet Sematary, he plays a minister who officiates Missy Dandrige’s funeral – pretty appropriate, considering ghosts, horror, and death are some of his favorite themes. King has also masqueraded as a pharmacist, a pizza delivery man, and more small roles, in various other movies inspired by his works. He’s made plenty of cameos on television as well, appearing in the second season of CBS’s Under the Dome (based on his 2009 novel) just last year. 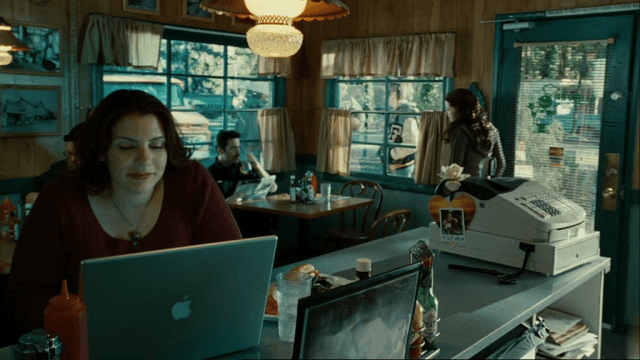 The woman behind the bestselling vampire-themed series made not one, but two cameos in the hugely popular film franchise. She first appeared in the debut film of the series, 2008’s Twilight, as a customer at Charlie Swan’s favorite diner. Meyers is seen sitting at a table, working on her laptop and eating a plate of veggies.

Her second cameo occurred three years later, in 2011’s Breaking Dawn—Part 1. In that scene, she shows up in an enchanted forest, as one of the people gathered to watch Kristen Stewart’s character, Bella Swan, become a vampire bride. 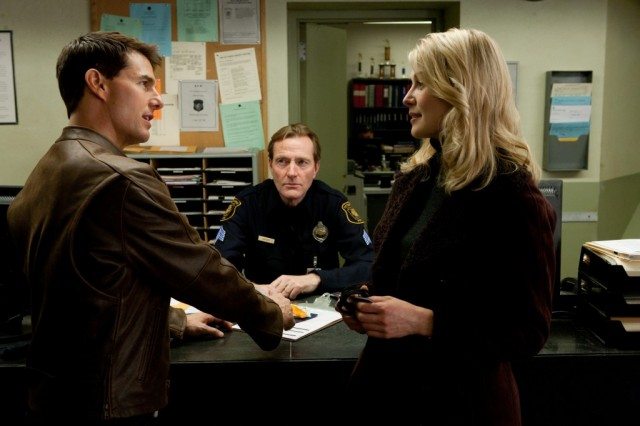 The 2012 thriller film, starring Tom Cruise in the titular role, features a very brief appearance from the writer of the original 2005 novel. Child plays a sergeant sitting at the front desk of a police station in a scene where Reacher is bailed from jail. The cameo is a non-speaking role, but it does have a certain symbolism. As Lee wrote of the appearance in a 2012 online post, “There’s a scene in the movie where Reacher’s lawyer springs him from a night in jail, and he has to stop by the police station’s front desk to pick up his possessions. As all Reacher fans know, he has only one possession — his folding toothbrush. They live in a world of story and symbolism, and they wanted Lee Child to pass the baton — in the form of the toothbrush — to Tom Cruise.” 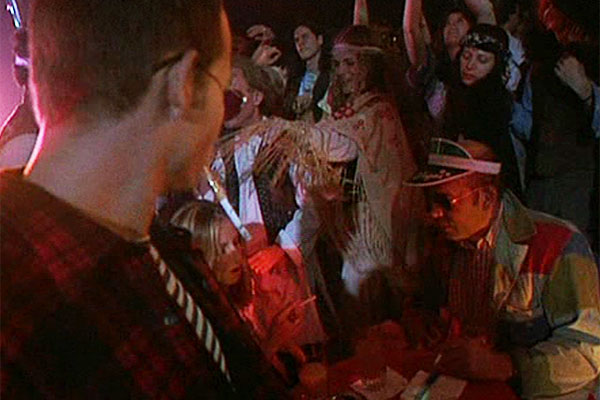 Thompson definitely has one of the most memorable author cameos of all time, in the 1998 dark comedy, based on his 1971 novel and starring Johnny Depp. The author pops up in a flashback scene, where Depp’s character Raoul Duke is wandering around a music club called the Matrix. One of the things he spots? Thompson himself (whom Raoul is based on) sitting at a table and lighting a woman’s cigarette. The character directly acknowledges his presence, saying, “There I was…mother of God, there I am!”

Stockett appears briefly in the Oscar-nominated adaptation of her 2009 novel of the same name. The author rocks a bouffant, pearls and a sixties-style dress in order to play one of the members of the Junior League. As the ladies gather to discuss their agenda, the camera briefly flashes to Stockett sitting in the crowd. But the author wasn’t the only one to appear in the film. Stockett’s sister, mother and some of her friends also reportedly acted as non-speaking extras on the film.

7. John Irving, The World According to Garp 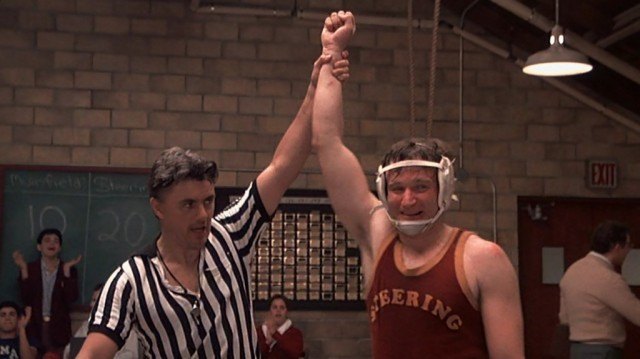 Irving achieved critical acclaim after the international success of his fourth novel, The World According to Garp, in 1978. When a movie adaptation of the book, starring Robin Williams, was released in 1982, the author also had a minor part. He played a wrestling referee in the film, which shouldn’t come as a surprise to those familiar with the writer’s love of wrestling. That wasn’t the first time that Irving made a cameo in a movie based on his work. Nearly two decades after Garp, Irving also appeared as a stationmaster in The Cider House Rules. 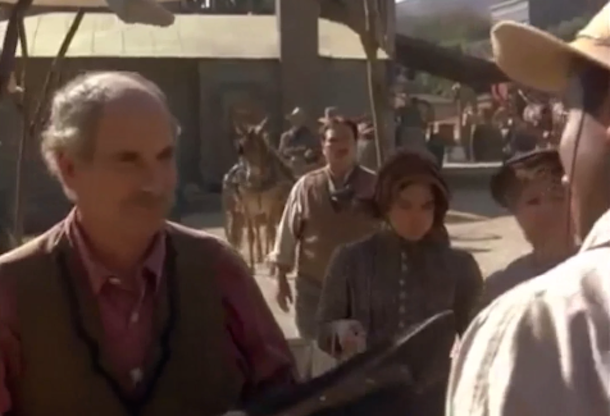 Who could ever forget Holes? The 1998 Nation Book Award and Newbery Medal-winning young adult novel is a middle school favorite, even to this day. The story was adapted into a film by Disney in 2003. The movie, which stars a younger (much less eccentric) Shia LaBeouf, features a quick appearance from Sachar. In the film, the author pops up in a brief flashback scene. He plays Mr. Collingwood, a man who gets advice from Sam on the best way to help his hair grow (the answer: onion cream).

9. Jonathan Safran Foer, Everything is Illuminated 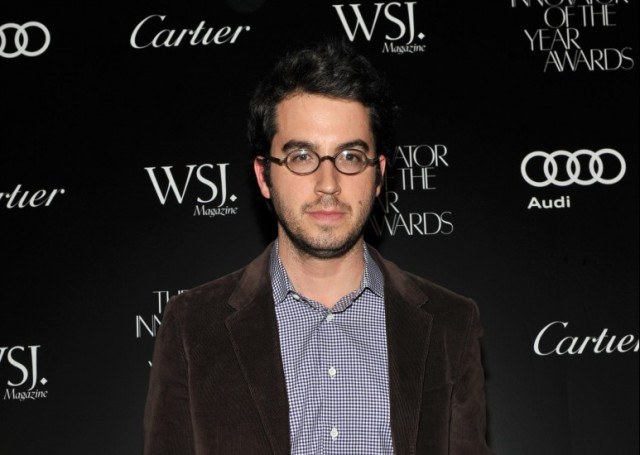 The 2002 critically acclaimed book was adapted to the big screen in 2005. The biographical drama stars Elijah Wood as Foer. But the author himself also made an appearance in the film. The writer made a brief cameo in a scene in the movie, during which the character of Jonathan (Wood) is looking at his grandfather’s grave. In a clip, a groundskeeper can be spotted in the background, blowing leaves and keeping the cemetery tidy. That man is played by- you guessed it – the real Foer. 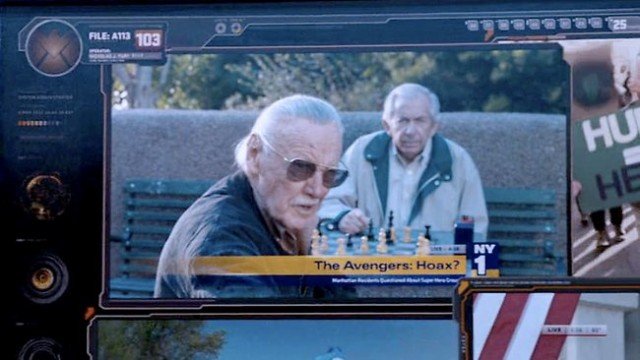 Just call Stan Lee the ultimate master of cameos. The comic book writer and editor and former president of Marvel comics has appeared in pretty much every Marvel film, from 1989’s The Trial of the Incredible Hulk to 2008’s Iron Man to this year’s Avengers: Age of Ultron. Over the years, Lee has played everything from a juror to a hotdog stand vendor to a librarian. In his most recent cameo, in Age of Ultron, Lee plays a military veteran who attends the Avengers’ victory party. In the memorable scene, his character claims he fought at Omaha Beach and insists he can handle a shot of Asgardian liquor from Thor. He is then carried away drunk, muttering his catchphrase, “Excelsior!”