10 Best Original Drama Series Ever Made by HBO

From The Sopranos to Game of Thrones, HBO has long been delivering premiere programming to those who were willing to pay for it. They had exclusive access to sporting events, and often got first pick at broadcasting movies after they left theaters.

Over time, HBO’s role in the television landscape shifted. Today, you can purchase an HBO monthly subscription – completely bypassing cable companies – and watch their entire line-up on your phone or tablet. And while some of us still hit up HBO to catch a movie or stand-up special, a lot of the draw for the network is its original programming.

In the past couple of decades, HBO has raised the bar for quality television. And in the process,  it’s created everything from underrated cult classic series to true cultural landmarks. HBO hasn’t always hit it out of the park – but it has a better track record than many other networks out there as far as creating spectacular content. Here are the ten best drama series that HBO has ever produced. 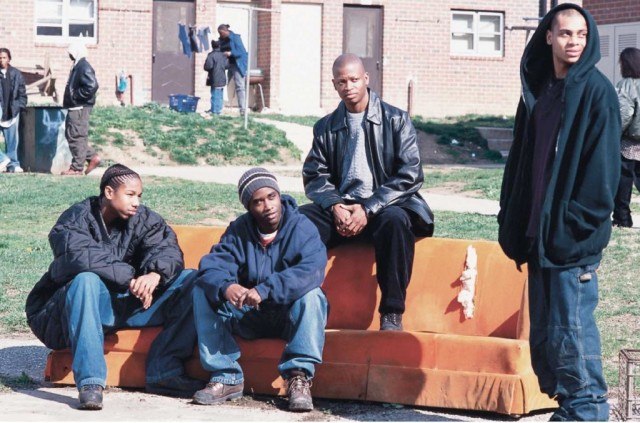 It’s difficult to define The Wire. Just summarizing the main theme of the series — which ran for five seasons on HBO — feels insufficient at getting to the heart of what makes it so powerful. The Wire is, at base, about Baltimore — the drug dealers that stand on its’ street corners (and hide in its executive offices), the police force that tries to keep crime under control, and the various other citizens — union members, teachers, government officials, journalists — that are trying to make sense of their community.

But while it is, at heart, a crime drama, David Simon’s magnum opus is unlike any other show on television. In The Wire, the city of Baltimore is a character all on its own — one of many rich, multi-layered, complicated figures that propels the story forward. Each season focuses on a specific group of people — but it’s not uncommon to see characters from previous seasons come back, in sometimes unexpected ways.

With spectacular performances from Beasts of No Nation’s Idris Elba, Creed’s Michael B. Jordan, The Affair’s Dominic West, and a slew of other top-notch actors, The Wire’s ensemble is hard to beat. But ultimately, what really makes The Wire not only HBO’s best drama, but one of the best television dramas ever, is its’ unflinching portrayal of the harsh reality of life on the streets. 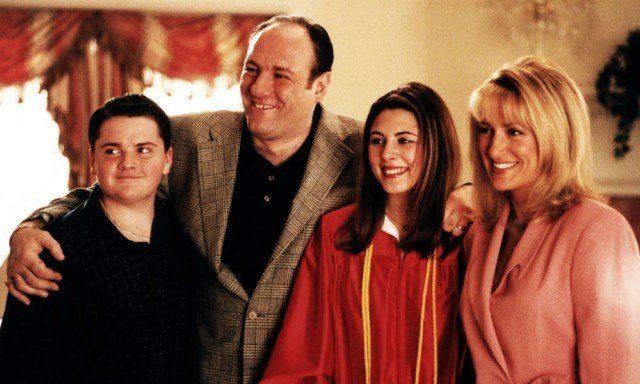 In many ways, The Sopranos is largely responsible for turning the tide as far as television drama is considered. The series — about mob boss Tony Soprano (James Gandolfini) and his struggle to balance his home life and his professional duties — helped to elevate the entire genre. Over the course of seven seasons, creator David Chase took his time drawing out the complexities in his large cast of characters — and he never shied away from showing the brutal violence they often encountered. And in the process, he proved that television can be a medium for rich and powerful stories beyond the common police procedurals and hospital dramas we’re used to seeing on prime time. The Sopranos also stars Edie Falco, Michael Imperioli, and Lorraine Bracco. 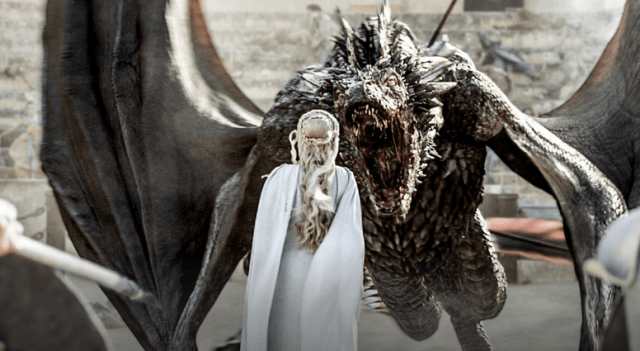 It seems unfair to classify Game of Thrones as a drama, because it’s often so much more. A fantasy series, an epic tragedy, a story about war. It’s also one of the most stunning television shows ever produced. In just a few seasons, showrunners D.B Weiss and David Benioff have taken George R. R. Martin’s carefully crafted Westeros and brought it to life with masterful detail. And though they’ve strayed from the story that Martin’s books have laid out more than once, most fans agree that last year’s Emmy winner for Best Drama still mostly feels true to its origins. From dwarves to dragons, Lannisters to Targaryens, Game of Thrones is one of the most talked-about dramas on air today — and it’s legions of fans can’t wait to see what happens in season six. 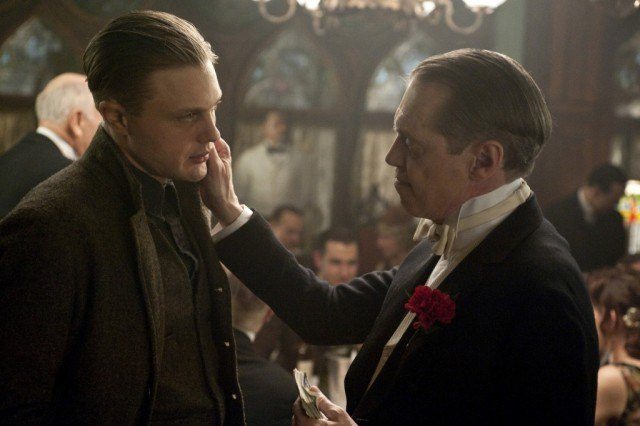 It’s ambitious in its ruthless and its unyielding attention to detail. Boardwalk Empire isn’t a series for the faint of heart — but it rewards those who are willing to endure its most painful moments with some of the best storytelling in 21st century television. It’s set in Atlantic City during the Prohibition Era, and follows Nucky Thompson (Steve Buscemi), a political genius who manages to keep himself afloat even as the world around him is sometimes falling apart. Throughout its five seasons on HBO, Boardwalk Empire wove historical icons like Al Capone (Stephen Graham) and fascinating fictional characters like Jimmy Darmody (Michael Pitt) into an intricate landscape where the mob mentality runs deep in more ways than one. But it’s not just about organized crime — the series also turns an introspective eye on politics, societal pressure and the impact of war and its aftermath on those who survive. And while it often dealt harsh blows to the men and women it portrayed, Boardwalk Empire also managed to keep its’ fans intrigued through even the darkest of moments. 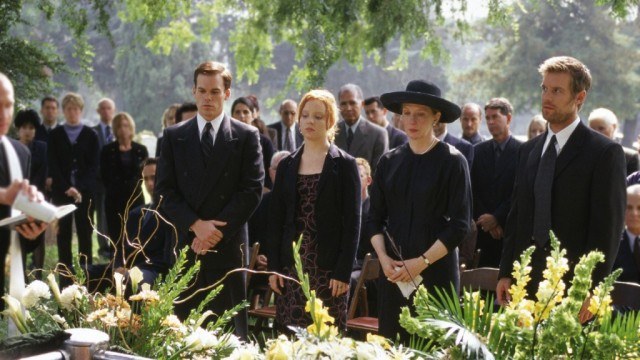 The Fisher family runs a funeral home. And during the first episode of Six Feet Under — which follows them as they struggle to manage business and personal matters — the father figure Nathaniel (the always-underrated Richard Jenkins) dies in a car accident. While driving a hearse. The combination of tragedy, dark comedy, and cruel twists of fate is a theme that runs throughout Six Feet Under. And that makes it one of the most refreshing and emotionally potent drama series that HBO has ever produced. While often strikingly funny, Six Feet Under is at its most elemental a bold meditation on the meaning of life and the impact of death — especially on those it leaves behind. Six Feet Under also stars Peter Krause, Michael C. Hall, Frances Conroy, and Lauren Ambrose. 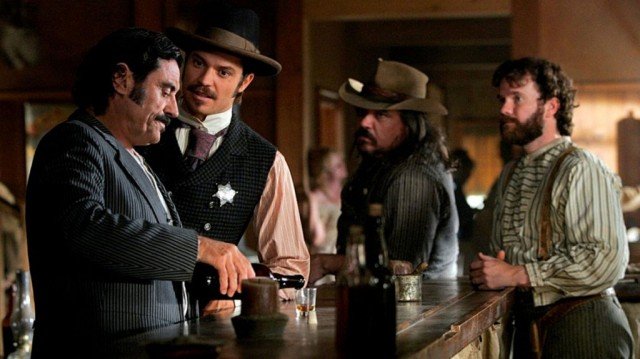 Westerns aren’t as popular as they used to be — once a staple of the big and small screen, stories about America’s frontier are rarely attempted and often overlooked. But in the masterful hands of Deadwood’s creator David Milch, the entire western genre reached a pinnacle. For three seasons, this rich ensemble drama followed a community in Deadwood, North Dakota as it grew from a small struggling camp to a full-fledged incorporated town. And like Boardwalk Empire, it blended fiction with reality by bringing to life some classic heroes of the west — including Wild Bill Hickok (Keith Carradine) and Calamity Jane (Robin Weigert). But the most memorable characters in Deadwood are its combination of lesser known and fictional frontiersmen and women played to perfection by Timothy Olyphant, Ian McShane, Jim Beaver, Kim Dickens and the rest of the stellar cast. From its storylines to its dialogue, Deadwood is down and dirty — and worth every second you invest in it. 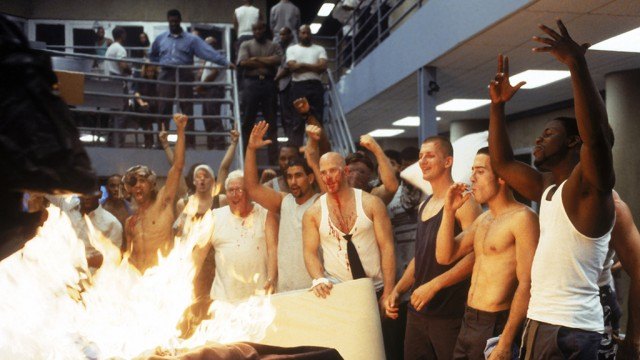 In many ways, Oz was a true trailblazer. Before The Sopranos helped solidify HBO’s position as a creator of premium content, this gritty series about life inside a state prison broke many of the rules we thought TV had to play by. It’s HBO’s first-ever hour-long drama — and it made the most of the channel’s ability to show sex, drugs and violence. But while Oz sometimes seems over-the-top with it’s graphic content, it also manages to portray its large ensemble of characters as complex and fully-realized human beings. Oz stars Ernie Hudson, Terry Kinney, Harold Perrineau Jr. and Whiplash‘s J.K. Simmons. 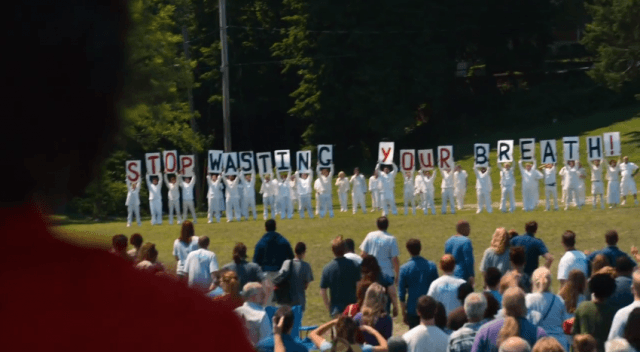 Many channels might take a series about 2% of the world’s population suddenly disappearing and turn it into a mystery adventure. HBO, with creators Damon Lindelof and Tom Perrotta, instead took the concept and made it into an often philosophical examination of the purpose of life. The Leftovers isn’t an easy show to watch, sometimes — it’s characters leave things unsaid, and moments unresolved. But sometimes, the quieter moments are the most compelling. The Leftovers features some of the best performances on television today — especially Justin Theroux and Ann Dowd as two small-town citizens with wildly different approaches to surviving after their loved ones have vanished. 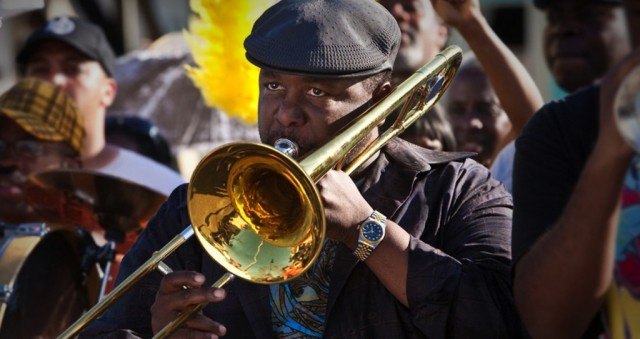 The whole world was watching when New Orleans faced unspeakable tragedy during Hurricane Katrina. But — like with most things — the world eventually moved on, even though those who were left behind didn’t always have the same choice. Treme — from The Wire’s creator David Simon — follows a diverse ensemble of characters as they try to rebuild their lives in a post-Katrina Big Easy. And like the city itself, the series often feels like a piece of jazz — improvisational, unpredictable, and full of soul. That’s not to say the series is light — it showcases many of its’ characters facing down a seemingly insurmountable reality. It features an impressive ensemble of film and TV actors, including John Goodman, Khandi Alexander, Kim Dickens and Melissa Leo. And despite it’s often dark subject matter, Treme is ultimately about the triumph of the human spirit — and a testament to one of America’s greatest cities.

We’ll say this for HBO: They do weird really well. And when they combined the drama of the Dust Bowl with a mythic battle between good and evil, well, yeah, it was pretty out there. But Carnivàle always owned it’s premise and turned out some truly fascinating television as a result. It examines destiny and free will and blends in historic lore with theology. But while that may sound daunting, Carnivàle never feels like it’s too burdened by the weight of it’s messages. Instead, it’s a taut, thrilling and highly stylized exploration of a surreal but ultimately satisfying story. Carnivàle stars Nick Stahl, Clancy Brown, Clea DuVall and Michael J. Anderson.