10 Coolest Music Venues to Catch a Concert at in the U.S.

Here’s a list of some of the most historic music venues around the country. From small clubs to beautiful theaters to outdoor amphitheaters, you can catch an act of almost any level of fame at one of the venues on this list.

This historic venue off the main Broadway drag is most famous for being home to the legendary Grand Ole Opry between 1943 and 1974. Known as the Mother Church of Country Music, the theater was first built as a church in 1892, and the building’s original wooden pews are still intact. The venue’s wood interior has created a space with some of the best acoustics in the world. Back in the Opry days, legends like Hank Williams, Patsy Cline, and Johnny Cash graced the wooden stage. Now you can see a variety of acts at the Ryman, as well as take a guided historical tour during the day. 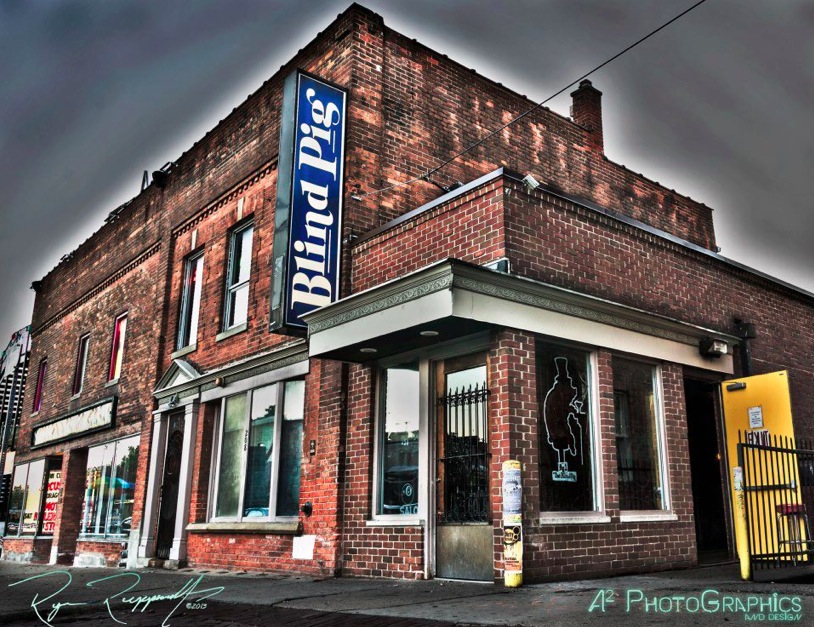 The Blind Pig, named for the term used for illegal speakeasies during Prohibition, is the center of Ann Arbor’s local music scene, fueled both by the University of Michigan and the town’s proximity to Detroit. The Pig was founded in 1971 as a blues joint, but when the club changed ownership in the early 1980s, it turned into a mecca for up-and-coming rock bands. R.E.M., Sonic Youth, 10,000 Maniacs, Pearl Jam, and Nirvana all played at the Pig when they were just getting their starts. Nirvana famously cited the Pig in an interview as the favorite venue the band had ever played, and there’s a small shrine to the band on the wall in return for the recognition. The small club still hosts great rock shows, and the 8 Ball Saloon in the basement offers a nice dive bar atmosphere great for hanging out before and after shows. 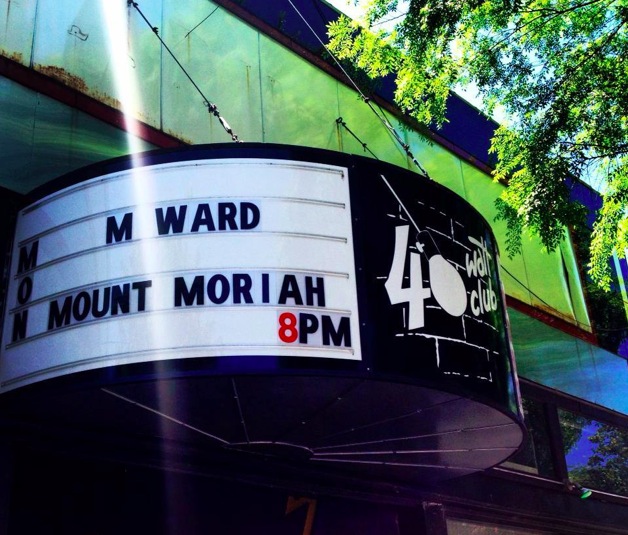 Athens’ 40 Watt Club is renowned for being one of the most important punk clubs outside of New York and Los Angeles. The venue has served as a home base for Athens’ New Wave and alternative scenes for 35 years, most famously as the primary performance space of hometown band R.E.M. in its early years. The club got its name from a joke about its only lighting, a dim 40-watt bulb hanging from the ceiling. Other bands that have called the 500-capacity 40 Watt home include the B52s, Neutral Milk Hotel, Of Montreal, and Drive-By Truckers. 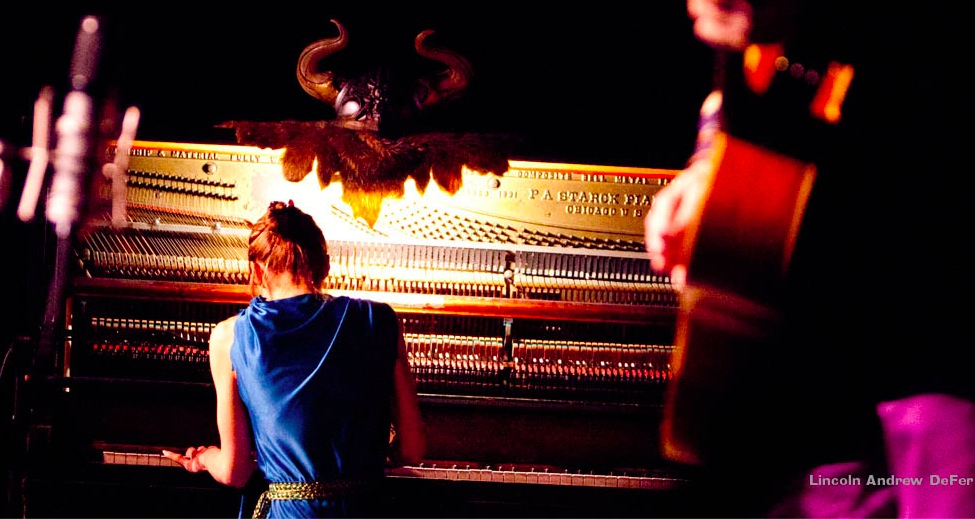 The Largo draws an eclectic mix of cabaret-influenced pop music and stand-up comedy. The club has a famous no cellphone or talking rule during performances and operates mainly in the style of a traditional cabaret piano bar. Current owner Mark Flanagan was able to convince multi-instrumentalist singer-songwriter Jon Brion to take on a Friday night residency at the Largo, and Brion has in turn drawn repeated performances from renowned musicians like Aimee Mann and Fiona Apple, who recorded a tribute to the club, “Largo,” on her fourth album. 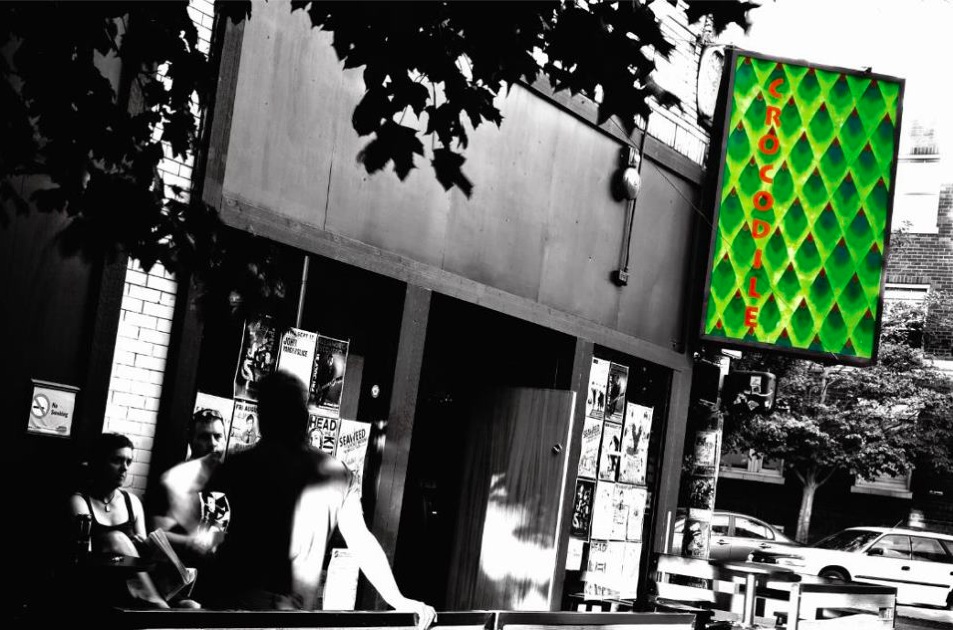 The Crocodile, formerly known as Crocodile Cafe, is the best-known venue of Seattle’s grunge movement, having hosted performances by Nirvana, Pearl Jam, Dinosaur Jr., R.E.M., and Mudhoney after opening its doors just in time for the movement to explode in 1991. Nirvana famously played there in the fall of 1992, refusing to perform its hit single “Smells Like Teen Spirit.” The Crocodile Cafe closed in 2007, but a group of local businesspeople and musicians came together to re-open the venue in spring 2009, calling it The Crocodile. The club still hosts performances from a variety of genres, with recent acts including Macklemore, the Alabama Shakes, Ben Harper, and First Aid Kit. 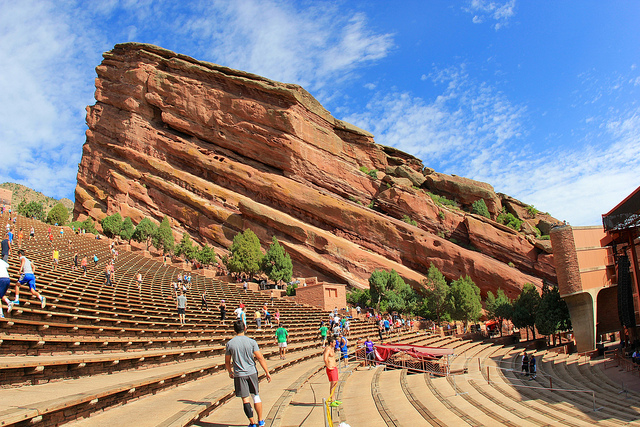 Red Rock is probably the most famous outdoor amphitheater in the country, known for its beautiful views of the mountain’s, well, red rocks. Located 10 miles outside Denver, the visually unique setting has made it a popular place for artists to do video recordings of live performances. The most famous instance of this is U2′s 1983 concert video Under a Blood Red Sky, which caught the group just before it reached its peak of global stardom. That concert is on Rolling Stone’s list of 50 Moments that Changed Rock and Roll. Other famous performances at the amphitheater include the Beatles during their first U.S. tour in 1964 and Jimi Hendrix in 1968. 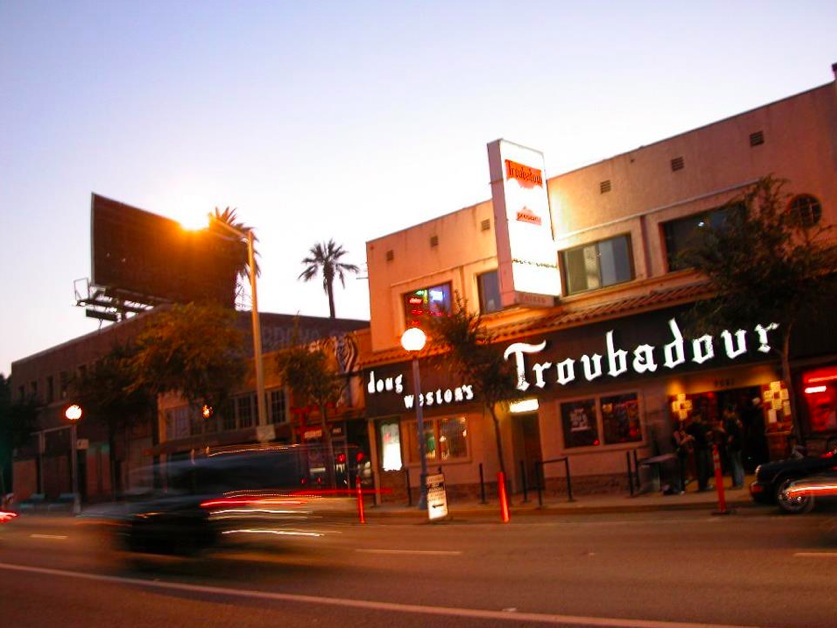 West Hollywood’s Troubadour is famous for being a key venue for two very different music movements: the rock scene of the late 1960s and, 20 years later, the glam metal scene of the 1980s. The Byrds, Joni Mitchell, Buffalo Springfield, and Neil Young all played key early gigs at the Troubadour, and just perusing the club’s history posted on its website takes you through some of rock and roll’s most important moments. The space is famous for being the location of Elton John’s first American show, as well as Guns & Roses’ first gig, and the place Janis Joplin partied the night before she died. The Troubadour is still considered one of the best places in Los Angeles to see live music. 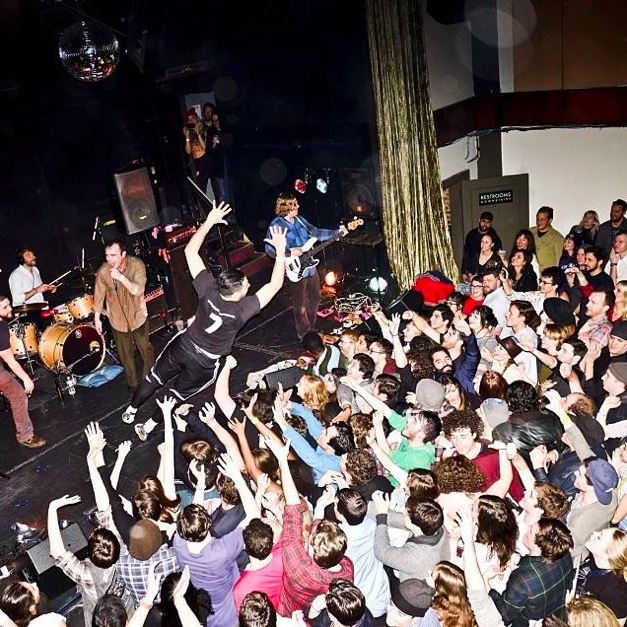 Manhattan’s Bowery Ballroom has served a variety of purposes since the building was constructed in 1929, just weeks before the stock market crashed. It has spent long periods vacant and has been a haberdashery, a jeweler, and a carpet store before becoming a rock venue in 1997. The building has retained much of its 1929 original constructions, including the brass metalwork around the club. The Bowery Ballroom was named No. 1 on Rolling Stone’s list of the best clubs in the country, with the publication saying that the space offers great sight lines and sound, with a unique mix of dinginess and vintage class from the old building’s original fixtures.

Stubb’s BBQ started out as a barbecue restaurant in Lubbock, Texas, that through the 1970s and 1980s booked talent like Johnny Cash, Willie Nelson, and B.B. King to entertain guests while they enjoyed Stubb’s signature smoked meats and sauces. The original restauranteur, Christopher Stubblefield, moved to Austin in 1984 after the original Stubb’s in Lubbock burned down. Today, the venue has a capacity of 2,200 and lands headliners like the Yeah Yeah Yeahs and even Metallica, drawing the biggest names during Austin’s South by Southwest music festival. 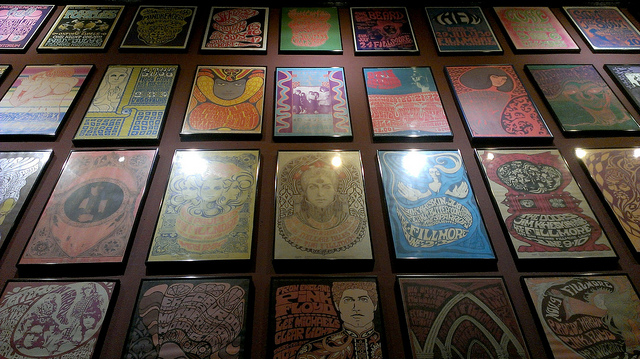 In the 1960s, The Fillmore was the center of the psychedelic and counterculture movements, with iconic groups including the Grateful Dead, Big Brother and the Holding Company, the Doors, Jefferson Airplane, the Jimi Hendrix Experience, and many others performing there during that important decade in music history. Famed promoter Bill Graham took over the space, which had formerly been a dance hall, in 1968. Graham exhibited a knack for organizing events that ran smoothly without stifling the creative energy. The Fillmore name is now a franchise owned by Live Nation, but San Francisco’s is the original.