10 of the Best Fairy Tale Films For Adults

If you’re looking for a good adult fairy tale, we’ve got just what you need. With so many fairy tale reboots recently coming out of Hollywood, we thought this would be an opportune time to look back at some exceptional fairy tales best appreciated by adults. 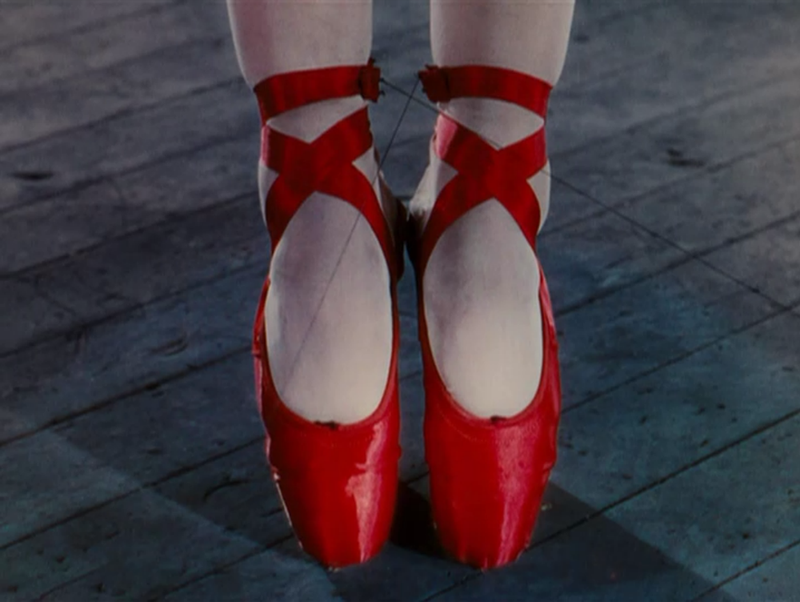 The finest of the Powell-Pressburger collaborations, The Red Shoes tells the story of a beautiful, passionate young ballerina, Vicky (Moira Shearer), who is tutored by the great composer Lermontov (Anton Walbrook.) Lermontov tells the young dancer that she can either choose love or ballet, but she can’t have both — one will always sap the other. Vicky falls in love with the young and equally fervent composer Marius (Julian Craster), and Lermontov grows furious with jealously. The ballet featured within the film is Hans Christian Andersen’s The Red Shoes, a production that could propel Vicky and Marius to stardom. The movie is tragic and gorgeous, with Jack Cardiff’s use of three-strip Technicolor and his dreamy photography giving the film a feeling that’s timeless and romantic, and the centerpiece — a 15-minute ballet scene choreographed by Robert Helpmann and scored by Brian Easdale — has more emotion than most entire films.

We wrote about Guillermo del Toro and this film’s lush score recently. A young girl named Ofelia (Ivana Baquero) moves with her mother to the rural Spanish countryside to live with her new step-father (a frightfully fierce Sergi López), a Falange Captain in Franco’s fascist regime. Ofelia loves books and seems to spend more time in her imagination than her awful life (her new step-father even tells her she’s not allowed to read.) But she soon discovers that she may be a reincarnated princess. Del Toro conjures awe-spurring imagery and sustains a sotto voce mood of magical longing: the sapient old fawn (Doug Jones, always a brilliant physical performer), the nightmarish child-eating Pale Man (also Jones), and the looming tree (not Doug Jones) that splays out in two deep curves, as if reaching up to the sky, but over time, its will has been broken. Guillermo Navarro won an Oscar for his cinematography (he shot digital before digital was the new normal), and save for the dated CGI, the film is aging impeccably.

Along with Ed Wood, Edward Scissorhands is one of Tim Burton’s two most compassionate and sincere films. It’s free of the clunky action that plagues the otherwise visionary Batman films (particularly Batman Returns) and the gaudy CGI apostasy of his post-Mars Attacks movies (lest we forget the abomination that is Charlie and the Creepy Haircut), and Johnny Depp has rarely been so subtle since. Burton tells the tale of a man-made young man whose creator (Vincent Price in his finale role) died before he could finish his surrogate son with such calm repose, it’s almost alarming to see how far his story telling prowess has fallen in recent years. As with Batman Returns (more of an arthouse horror film than a superhero film), Edward Scissorhands is rendered in artifice, filmed on sound stages and full of props whose obvious novelty only adds to the fantastical feeling.

Close your eyes and try to name as many “children’s films” as you can that depict the sucking of souls. You probably came up with one: The Dark Crystal, the Jim Henson- and Frank Oz-directed nightmare that was trumped by Spielberg’s E.T. at the box office. Sort of like a hybrid of Ridley Scott’s Legend, Brian Jacques’ Redwall, and The Lord of the Rings, The Dark Crystal creates a world of monsters and creatures whose vividly grotesque appearances were just too much for the kiddies to take. The plot isn’t really important here; it’s more about the look of the film. The puppeteers deserve some kind of award; alongside James Cameron’s Queen Xenomorph in Aliens, this is some of the finest puppet-monster artistry ever committed to film.

5. Valerie and Her Week of Wonders

This 1970 Czechoslovakian surrealist film, directed by Jaromil Jireš and based on the 1932 novel of the same name by Vítězslav Nezval, blends elements of fantasy and gothic horror. Vampires, werewolves, and pubescent girls comprise the film’s cast of characters. Describing the movie is difficult, since what happens makes no sense. However Jireš frames his shots articulately, with vast pools of white light in every shot, and the music is ironically proper.

Another surrealist Czech film, Jan Švankmajer’s debut feature-length picture (after two decades making short films) is arguably the best adaptation of Lewis Carroll’s beloved story Alice in Wonderland (where best means most aptly bizarre.) Kristýna Kohoutová stars as Alice who follows a taxidermied rabbit that has pried itself from its bondage, sawdust spilling out of its gaping wound, down the proverbial rabbit hole and into a barren world of cruelty. The stop-motion is crude, but appropriately so, and the clinking, clanking, calamitous creations inhabiting this world feel like images torn from a child’s dreams and manifest as living toys.

Matthew Bright’s cult adaptation of Little Red Riding Hood stars Reese Witherspoon as a poor, illiterate girl living in the slums of Los Angeles, Kiefer Sutherland as a part-time guidance counselor and full-time serial killer, and Brooke Shields as Bob’s socialite wife. Hard-edged satire with drive-in ridiculousness, Freeway earned a prestigious NC-17 rating for graphic violence and language, but was trimmed for an R-rating. It was one of Danny Elfman’s last great scores before his sound became an easily manufactured trope. Good luck finding this in its original NC-17 form. The DVD, now out of print, is the censored version, which seriously dampens the film’s impact.

Ladislas Starevich’s first fully animated feature film is a stop-motion classic based on Reynard, the trickster fox. The sixth ever animated film in world history (really) and released a year before Disney’s Snow White, the film has a significant, if obscure place in history. But, more importantly, it’s a really good movie. The black and white stop-motion sort of feels like a precursor to The Nightmare Before Christmas and Coraline with its dreamy, shadowy figures in a dark, moon-lit world.

Bill Plympton is a legend in the alt-animation world. His Oscar nominated short Your Face, with its slowed down crooning and surreal, sketchy squalid art style, presciently set a tone that Liquid Television would take up three years later (and on which Plympton’s short would eventually air.) That same style saturates Idiots and Angels, which sort of resembles The Maxx (another Liquid Television show) in its character designs, but ignores the clean cut bold-line style of modern cartoons in favor of Plympton’s scratchy scrawling. Devoid of dialog and endorsed by Terry Gilliam, the 80 minute cartoon looks and sounds like nothing else — except perhaps another Bill Plympton cartoon.

Visionary poet, filmmaker, and writer Jean Cocteau made the most accessible surrealist film ever with his 1946 adaptation of the classic fairy tale. The special effects are truly special, and a sense of wonder lingers throughout. Every shot is a sight to behold, particularly a stunning, slow motion run down a stone corridor as hands holding candles reach out from the walls. The lighting and depth of perception are exquisite. The music chimes and coos with fleeting beauty, like a ghostly voice riding a gentle breeze. The recent 4K restoration is a must have for Blu-ray collectors.