One of the biggest showdowns in comic book mythology will hit the silver screen on March 25, 2016, when Batman v Superman: Dawn of Justice makes its theatrical debut. Directed by Zack Snyder and starring Ben Affleck and Henry Cavill, this highly anticipated movie will expand the DC Comics shared film universe that Warner Bros. has plotted out à la Marvel Cinematic Universe. In the meantime, fans of these iconic superheroes can geek out with some of the many accessories that have been made for fans of Batman and/or Superman. Using our own expertise and after hours of combing the Internet, we have come up with a list of what we believe are 7 of the coolest gifts for fans of the upcoming Batman v Superman: Dawn of Justice film. 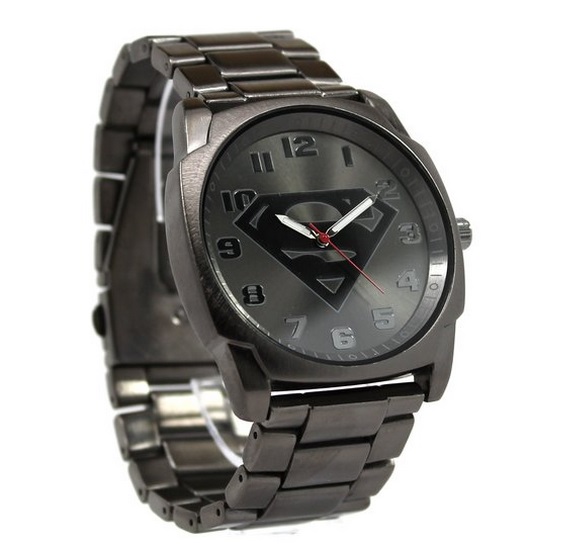 In the comic books it is Batman, not Superman, who has all the gadgets. After all, if you have super strength, heat vision, and the ability to travel back through time, what’s the point in wearing a utility belt? However, for those of us who weren’t lucky enough to have been born on Krypton, the Superman Gray Logo Watch with Gun Metal Bracelet Band is the perfect timekeeping accessory. 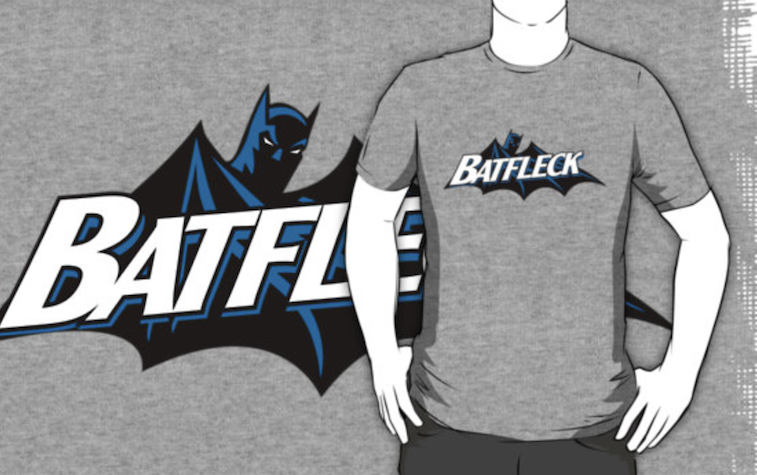 For many longtime fans of the Caped Crusader, the casting of Ben Affleck as Batman in the upcoming Batman v Superman: Dawn of Justice movie was a controversial decision and ignited a minor Internet kerfuffle between supporters and opponents of the actor soon after it was announced. Although at this point it’s a done deal, you can still show your support for the “Batfleck” with this cleverly designed t-shirt. The Batfleck t-shirt can be found here. 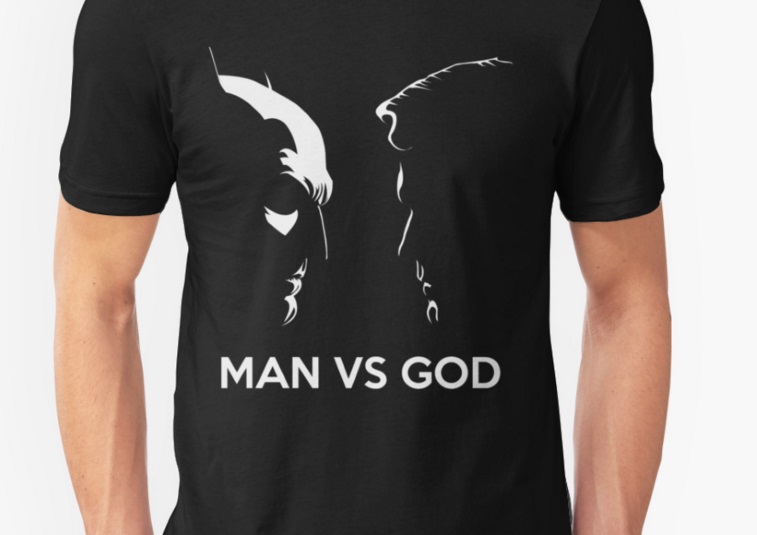 One is a rich guy with a lot of gadgets, and the other is an immortal alien. For brevity’s sake however, let’s just call this showdown “Man vs God.” This unisex t-shirt is available in a wide variety of colors and sizes and are made from sweatshop-free, ethically sourced 100% cotton. The Man vs God t-shirt can be found here.

Although we’re not sure if Superman has ever tried playing America’s favorite pastime, we’re pretty sure he would wear this baseball cap if he did. Emblazoned with the “S” Superman logo and featuring the classic red, yellow, and blue color scheme, this hat will be appreciated by any fan of the Man of Steel, whether they play baseball or not. You can find the Men’s Classic Superman Baseball Cap here. 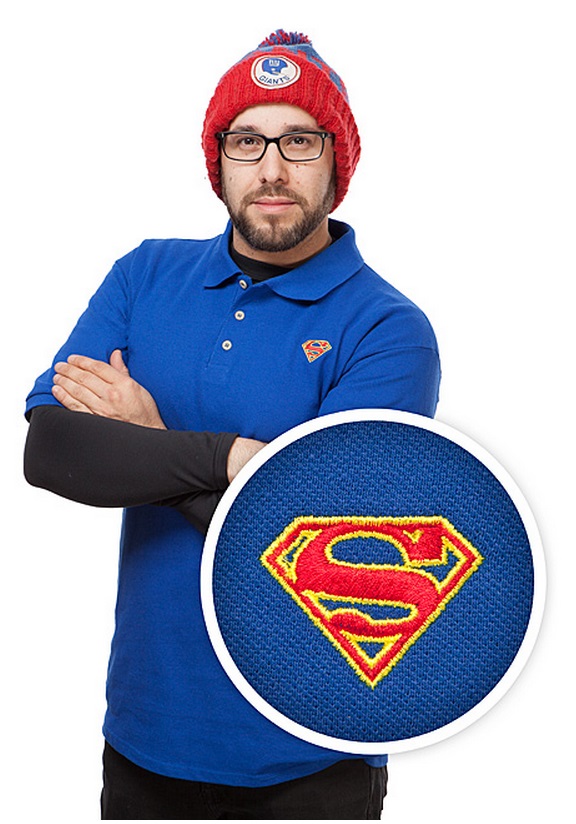 While Superman isn’t afraid to rock colorful tights and a cape, his alter-ego Clark Kent is more of a suit-and-tie guy. However, you don’t necessarily have to pick one style over the other. The Superman Polo shirt is the perfect blend of business and casual superhero wear. This 100% cotton pique knit, 3-button polo shirt is inconspicuous enough to wear in the office, while still allowing you to show off your Superman pride. You can find the Superman Polo shirt here. 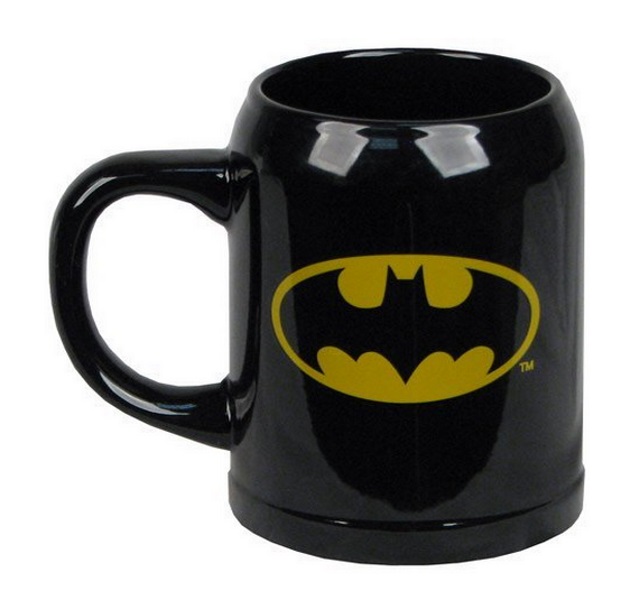 What does Batman do to unwind after a long day of battling Gotham’s worst criminals? Well, we’re not really sure since we can’t find the Batcave, but we’d like to think he kicks back and sips a cold Bat-brew from this handsome ceramic stein. And if beer’s not your beverage of choice, you can also use this hefty 22-ounce stein as an oversized coffee mug. Either way, you’ll be sipping like a superhero. You can find the Batman Logo Black Ceramic Stein here. 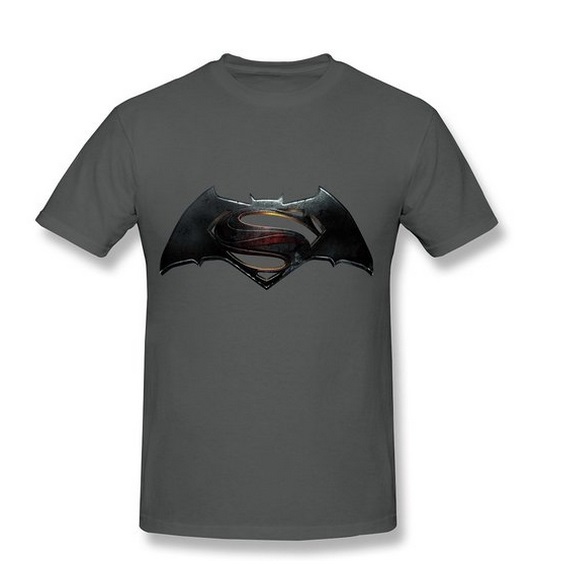