10 Gory Gifts for Fans of ‘The Walking Dead’

Fans of zombie-based horror have had plenty to feast on this year. AMC’s smash hit series The Walking Dead  is currently midway through in its seventh season, while the spin-off prequel series titled Fear the Walking Dead recently wrapped up its second season. In the meantime, fans can satisfy their craving for undead entertainment with one of these awesome The Walking Dead-inspired gifts! 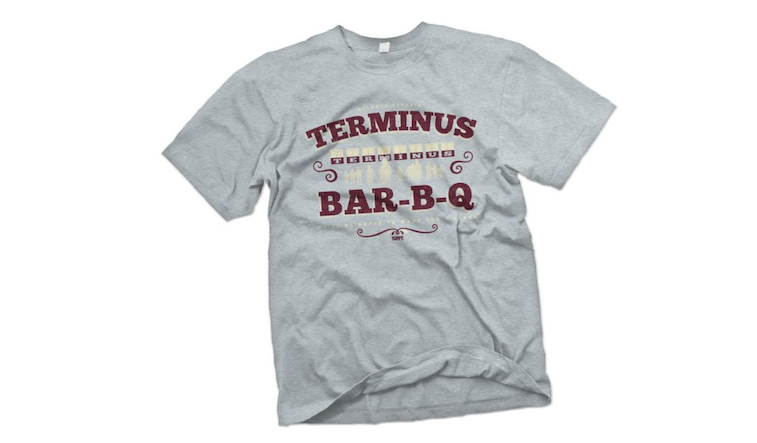 Have you heard about this new barbecue joint a little ways down the railroad tracks? It’s called “Terminus” and I’ve heard the ribs are to die for (if you catch my drift). Show your support for this unconventional dining establishment with this Terminus BBQ t-shirt that features the slogan: “We’ll be happy to make you a plate.” You can find the Mens Terminus BBQ Vintage Style Zombie Apocalypse T Shirt in various sizes here. 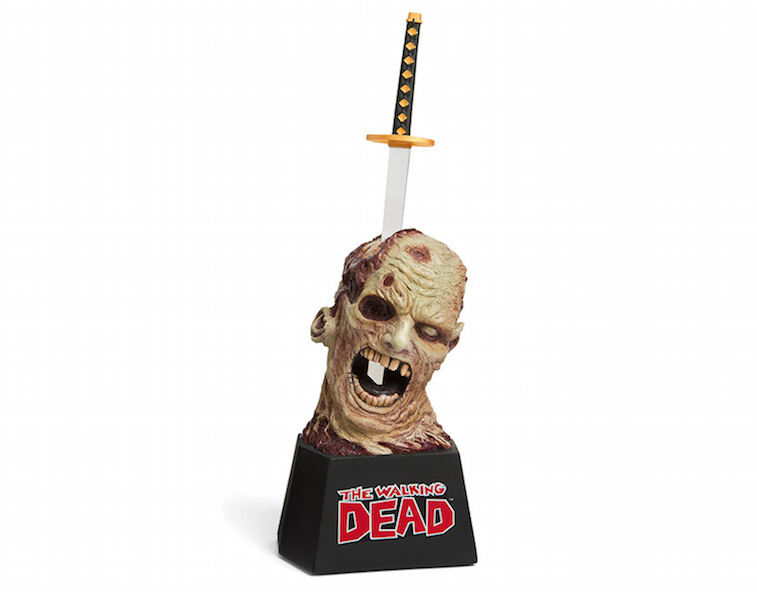 One of the most memorable characters on The Walking Dead is Michonne – a veteran zombie killer who dispatches walkers with a razor-sharp katana. Now you can bring a little of Michonne’s fighting style into your office with the Walking Dead Letter Opener. Use the katana to slice open your mail, and then stab it into a walker’s putrid head (or a realistic sculpture of one). You can find the Walking Dead Michonne’s Sword Letter Opener here. 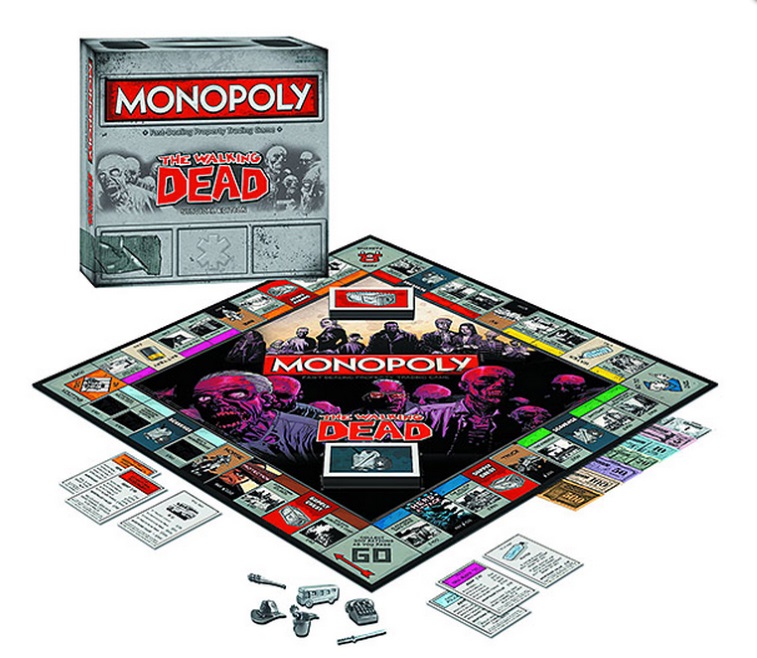 Monopoly has been zombified in this post-apocalyptic version of the classic property-trading game. Since it’s hard to rent property that has been infested by the living dead, Houses have become Walls and Hotels have become Guard Towers in The Walking Dead Monopoly. Players can choose from six collectible metal tokens modeled after items seen on the TV show, including Rick’s Hat and Michonne’s Katana. You can find The Walking Dead Monopoly board game here. 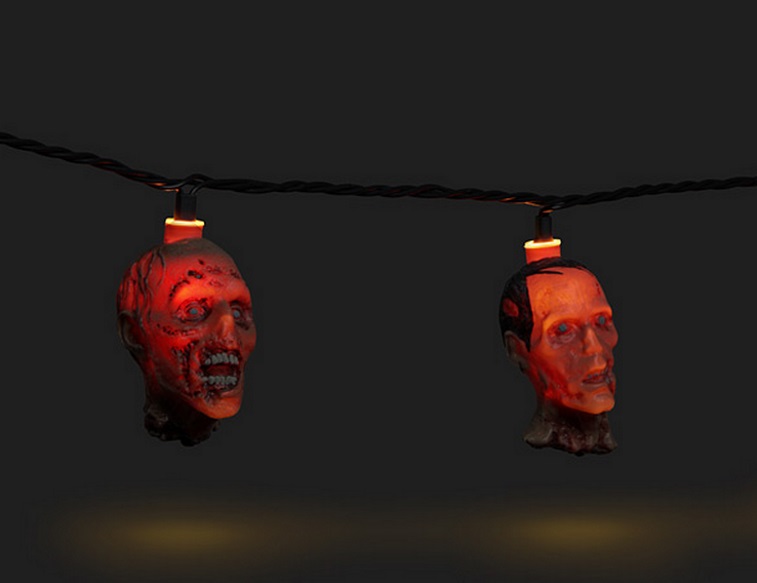 It’s hard to keep your spirits up when you spend most of your time looking out for flesh-eating walkers. If only there was some way to make all those severed heads a little more festive…wait, I know! How about putting a lightbulb in them? Make your post-apocalyptic sanctuary a little cheerier with these Walking Dead Zombie String Lights. Each string features 10 light-up walker heads in two different styles. You can find the Walking Dead Zombie String Lights here.

5. The Walking Dead: Compendium One 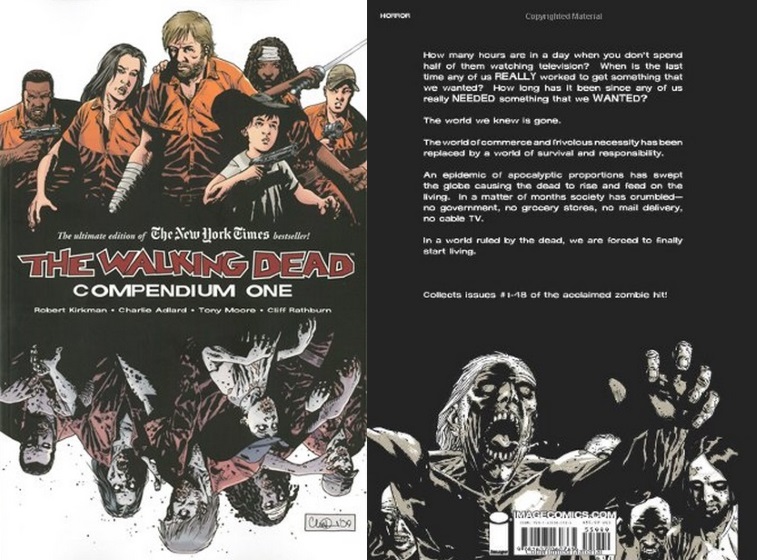 Before it became a hit TV show, The Walking Dead was a best-selling comic book series. Learn the original story of The Walking Dead through this compendium that features the first 48 issues of the comic book written by acclaimed author Robert Kirkman. At over a 1000 pages long, this hefty book could also be used to brain a walker in a pinch. You can find The Walking Dead: Compendium One here. 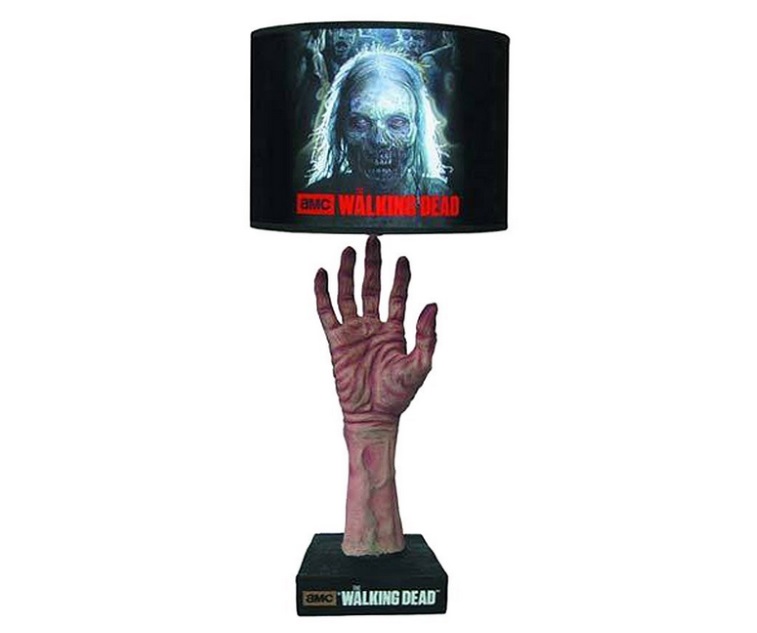 Like the old saying goes, “When life gives you lemons, make lemonade.” And if life gives you a pile of assorted zombie parts, try making a lamp! The stand of this officially licensed Zombie Table Lamp is made of a replica severed walker hand, while the shade features two images from the hit TV show. It’s the perfect lighting complement to the Walking Dead Zombie String Lights. You can find The Walking Dead Zombie Table Lamp here. 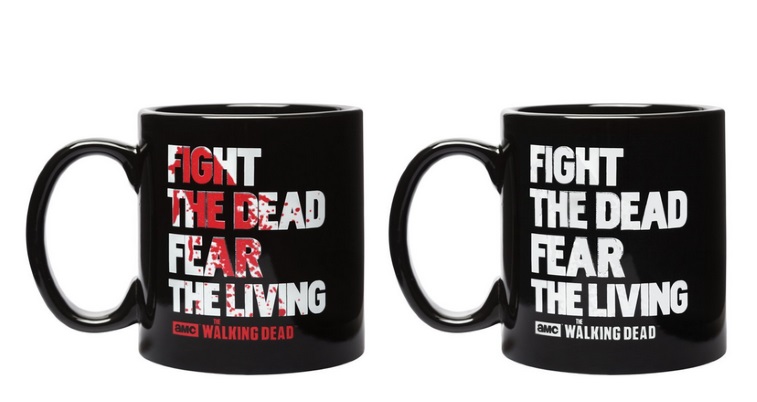 “Fight the Dead, Fear the Living.” It’s certainly not the most uplifting affirmation to read while you drink your coffee in the morning, but this is about as cheery as affirmations come in a post-apocalyptic world infested with zombies. On a slightly brighter note, the blood spatter that normally coats this mug will disappear when it is filled with a hot liquid. So, there’s that. You can find the Walking Dead Fight the Dead Fear the Living Disappearing Mug here. 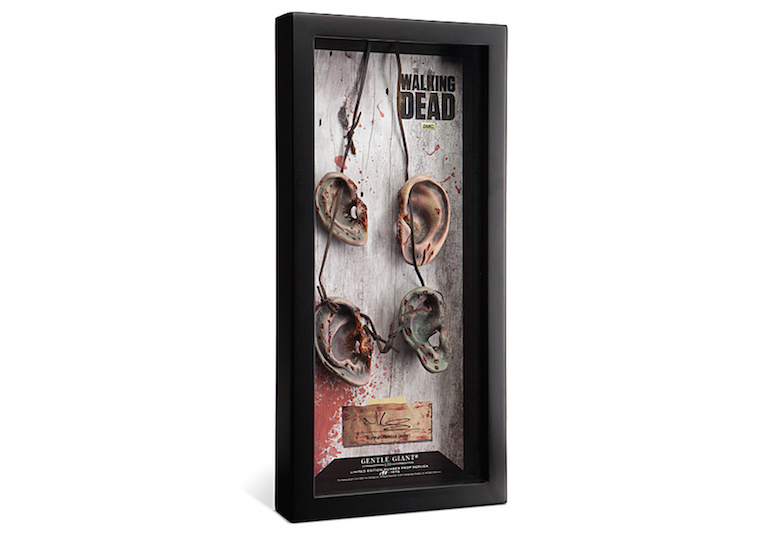 While there is certainly no shortage of badasses to choose from on The Walking Dead, Daryl Dixon still manages to stand out from the other characters on the show as a particularly serious badass. Why? Because this motorcycle-riding, crossbow-toting zombie killer once made a necklace out of walker ears and wore it. Now you can memorialize that gruesome act of jewelry-making with your very own limited-edition replica of Daryl’s walker ear necklace. Framed in a wood and glass shadowbox, this realistic-looking ear necklace can also be removed and worn for special occasions. You can find the Daryl Dixon Walker Ears Necklace Prop Replica here. 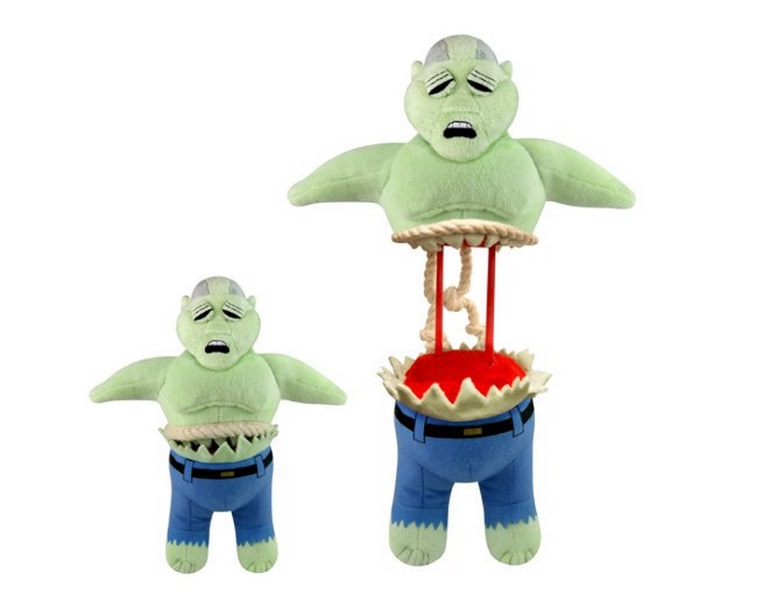 In one infamous episode in the second season of The Walking Dead, a group of survivors attempt to pull a bloated, waterlogged walker from a well, only to have it rip in half. Now you can relive that stomach-churning moment each time you play with your dog with this Well-Walker Plush Dog Stretch and Chew Toy. Just like the well-walker featured in the show, this plush chew toy will separate in the middle when it is pulled on – but without the risk of infection for you or your dog. You can find The Walking Dead Well-Walker Plush Dog Stretch and Chew Toy here. 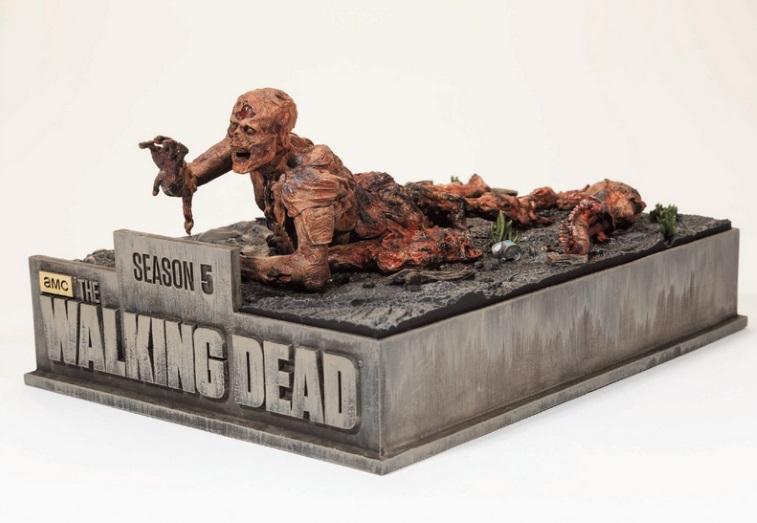