10 Love Songs With the Most Creepy and Disturbing Lyrics

Sometimes the best way to express your undying love and devotion to someone is through song. But sometimes, either purposefully or accidentally, love songs can turn unsettling. Obsession, codependency, and paranoia can be aspects of love that when explored in a love song make the tune go from romantic to dark and creepy. Here’s a list of ten of the creepiest love songs ever. These songs range from awful misfires to songs that are considered some of the greatest of all time.

Blondie frontwoman Debbie Harry wrote this song from the perspective of an ex-boyfriend who’d been stalking her, according to her biographer Cathy Che. The hit from Blondie’s third album and the record that made them huge Parallel Lines sees Harry taking on the perspective of an obsessed stalker who follows her love object on the bus and to the supermarket. The narrator of the song is constantly watching but never seen, determined that “one way or another / I’m gonna find ya / I’m gonna get ya get ya get ya get ya.”

The song was included on Rolling Stone’s list of the 500 greatest songs of all time and is one of Blondie’s best-known songs. But it’s still a creepy love song written from the eyes of a stalker.

This duet between father and daughter about an incestuous relationship was highly controversial for obvious reasons. Serge recorded this with Charlotte in 1984, when she was just 12 years old. Some of the lyrics Charlotte sings are a bit ambiguous about a sexual relationship between a father and his daughter, which isn’t helped by the fact that the pair singing the song have that relationship in real life. The song caused a scandal, raising accusations that it glamorized incest and pedophilia, but it still became a hit in France anyway.

The video, which features Charlotte laying in bed in just a shirt and panties with Serge shirtless in jeans pushed buttons even further. Charlotte has since said that she doesn’t regret recording the track, though she acknowledges it was purposefully provocative. “I don’t think I understood the provocation,” she said in an interview. “Because I knew my father, of course I sang on it, but I wasn’t shocked by it at all.”

3. ‘Every Breath You Take,’ The Police

The Police’s “Every Breath You Take” was a massive hit, spending eight weeks at the top of the Billboard charts, but the lyrics are undeniably creepy. This song is interesting because musically it takes the form of a typical pop love song, but lyrically Sting was thinking of things like surveillance, control, and the dystopian world presented in George Orwell’s 1984 when he was writing the song.

To this day, many people misinterpret the track as a romantic love song when really it’s about an omniscient Big Brother-type presence that’s always watching. “It sounds like a comforting love song. I didn’t realise at the time how sinister it is. I think I was thinking of Big Brother, surveillance and control,” Sting said in an interview with The Independent.

4. ‘I’m Slowly Turning Into You,’ The White Stripes

You know how they say people who’ve been together a really long time will even start to look alike and have similar physical mannerisms? This exploration of longtime love from The White Stripes takes that a step further and suggests that frontman Jack White’s love has literally turned him into his love object. “And it might sound a little strange for me to say to you / But I’m proud to be you,” he sings, even though some of the things his love object does are annoying.

This complicated song covers the highs and lows of romantic companionship in just three verses. The ultimate conclusion that White is “proud to be you” is either a beautiful and romantic declaration or a horrifying vision of codependency and loss of self depending on your perspective.

Another codependency song, this track from Nirvana’s breakthrough record Nevermind describes a love relationship as a fetal bond in which the lovers feed off of each other’s bodily fluids. “Chew your meat for you / Pass it back and forth / In a passionate kiss / From my mouth to yours,” Kurt Cobain sings over the song with the most guitar overdubs on the album.

Visions of medical tubes, pupils, and infections dominate as Cobain describes himself draining his lover of life. The medical and bodily imagery was a precursor to themes he would explore more in-depth on the follow-up record, In Utero.

This ‘90s alternative-industrial anthem became a big hit despite the incredibly dark, sexual, and profane lyrics that see Trent Reznor trying to use sex as a way to escape self-hatred and obsession. Of course, the most famous line in the song’s chorus is “I wanna f*** you like an animal / I wanna feel you from the inside.” This is an incredibly disturbing song about self-destruction, but the shock value of that line has caused many to misinterpret it as a sex song.

The music video directed by Mark Romanek earned a ton of controversy and had to be heavily edited for television airplay just as the song did for radio airplay, but it’s now considered to be one of the greatest music videos of all time. Reznor commented in an interview featured on a DVD of Romanek’s work that he likes the song “Closer” even better in conjunction with the dark, twisted video.

This song popularized by Dean Martin and having been covered by every singer of jazz standards and/or Christmas music definitely holds the title of the rapey-est Christmas song of all time. What’s supposed to be a cute duet about how when you’re with someone you’re really into, it’s so hard to pull yourself away and go home turns super creepy when the male singer pressures and pressures the woman to stay despite her protestations that she needs to go home now.

Everyone’s had that feeling, where you’re hanging out with someone you’re so into that it feels impossible to leave even though you know you need to go home and get back to your responsibilities, but this song definitely misses the mark in conveying that sentiment. At one point the female singer alleges that he’s put something in her drink while he responds “What’s the sense of hurting my pride” to her repeated “no, no, no”s. This song is not cute, Zooey Deschanel, why did you have to help revive it?

Working with pop star Kylie Minogue helped give gothic blues-rocker Nick Cave his biggest hit to date and gave Minogue more artistic credibility than she’d ever received. The song was written for the album Murder Ballads and so fittingly features two lovers going for a walk that ends in him killing her.

The male figure in the song describes how the woman is as beautiful as a rose, then takes her to go see the roses growing on the bank of the river, and then kills her with a rock to the head and plants a rose between her teeth. The song is influenced by traditional folk songs with similar narratives, like “Down in the Willow Garden.”

You could probably guess what’s wrong with this song just from the title. Michael sings in the chorus “I will be your father figure / Put your tiny hand in mine / I will be your preacher teacher / Anything you have in mind.” Somehow it became a number one hit anyway. 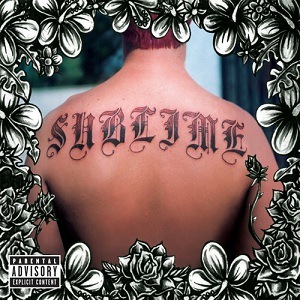 This song is about a guy wanting to have sex with a 12-year-old prostitute. Not kidding. “Annie’s 12 years old, in two more she’ll be a whore / Nobody ever told her it’s the wrong way,” the song begins. The narrator of the song is half singing a sad love song for the poor, broken Annie and half disgustingly justifying his reprehensible actions based on his gender. Not romantic.