10 Movies That Cast Women in Roles Meant for Men

The movie industry has a long history of pigeonholing women into certain roles. Females typically play the love interest, the wife, or the mother of the protagonist; if they’re lucky, the roles are actually interesting and dynamic. But things are changing nowadays, with more diverse roles being offered to women. In fact, some roles that were originally written for men were later filled by women. So which movies did a character gender-switch? Here are 10 movies in which women took over roles originally intended for men. 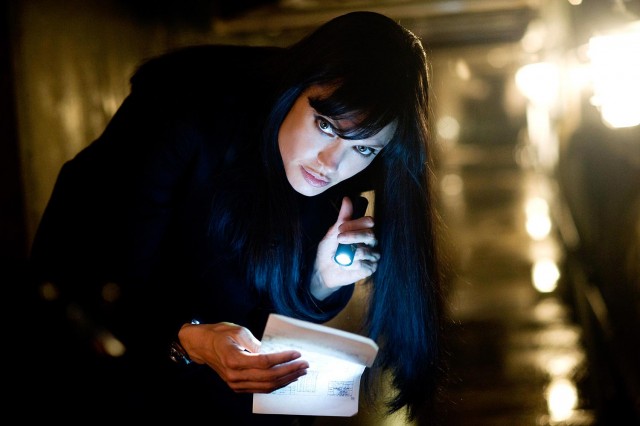 This movie, about a CIA agent accused of being a Russian spy, certainly sounds like a Tom Cruise film. In fact, Cruise was offered the role, but he turned it down. After that, Sony decided to go in a different direction by casting Angelina Jolie.

“When you look at it from a dispassionate business point of view, it’s a better way to do the genre,” Producer Lorenzo di Bonaventura told the Los Angeles Times. “With ‘Mission [Impossible]’ and Bourne and Bond, you’re going to be the fourth spy guy. We thought, ‘Let’s be the first spy girl.'”

The change in gender meant there had to be some rewriting. The original character was supposed to be a man whose wife and child is in danger. Jolie’s character is married, but childless because filmmakers thought a mother would be seen as too gentle.

“We wanted to go for it in the most hard-edged way, partly because we wanted to make sure no one would say we pulled a punch because we had a female lead, but partly because of her,” di Bonaventura continued. “When she takes out someone, it feels hard. You feel the metal against the bone.”

In this movie, Steve Carell plays Andy, a virgin who is beginning to feel pressure from his friends to finally lose his virginity. Pretty much everyone in the movie is perfectly casted, so it’s hard to picture what things would have been like with this change. However, Jane Lynch’s role as Paula, Andy’s store manager, was supposed to be for a man. Jane told Huffington Post that Nancy Carell, Steve Carell’s wife (née Walls), suggested that Jane play the role — and the rest is history.

Sigourney Weaver played Officer Ellen Ripley, the leader of the group who knew her way around guns. It’s not too much of a surprise that the movie industry intended to make her a man at first. But all that changed when they gave us the iconic character we know today.

“I just had a thought. What would you think if Ripley was a woman?” Ridley Scott said according to Empire Online. “She would be the last one you would think would survive — she’s beautiful. I wanted a good physical type, preferably tall. With authority and brains.”

One thing that seemed to really help him was basing the female character on someone he knew. “I also based her on a friend who runs an environmental lobbying group,” explained Ridley. “Nothing fazes her, and if it does, you’d never know it. Ripley was pretty inexperienced; this was the biggest job she’d had. She was by-the-book because of the inexperience. In the course of the story, she has to go from earnest infant to full-on survival mode — like an animal.” 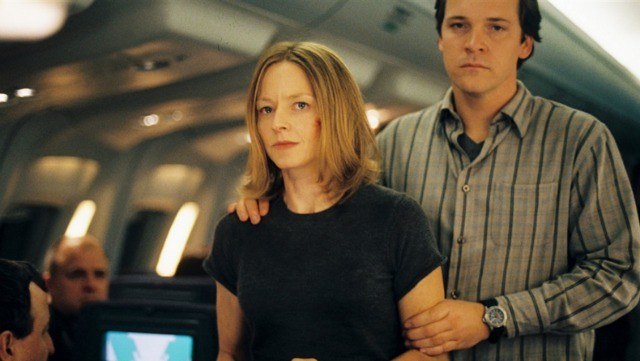 Jodie Foster plays Kyle Pratt, a woman whose daughter disappears as they travel to New York via airplane. This role was first going to go to a man, but things changed. Once it was decided that the lead character would be female, they had to rework the script.

“When you’re dealing with a male protagonist,” explained Director Robert Schwentke on the DVD commentary, “there’s a certain iconography you can use. When this was a male [character], he was walking down the lonely boulevards at night in Berlin and his coat was sort of blowing and you look at it and [think], ‘Yeah, that’s a stand-in for loneliness.'” But when it’s a woman, Schwentke said, “You just wonder, ‘What is she doing at three o’clock in the morning all by herself on the street?'” 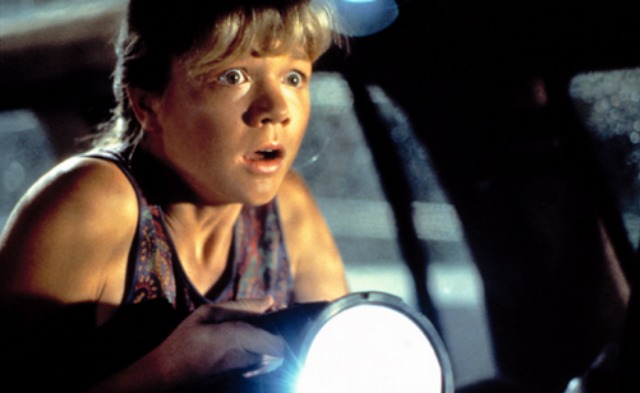 The Spielberg movie made many changes from the book. One of them included the characteristics of the two children. In the movie, Lex is 11 and Timmy is seven, but in the book, it’s the girl who is the younger sibling while the boy is older. This adaptation included giving Lex the computer abilities because she’s older, even though Tim is more adept at technology in the book. Lex also whines a lot in the book since she is a younger girl, so the change definitely made her character stronger. 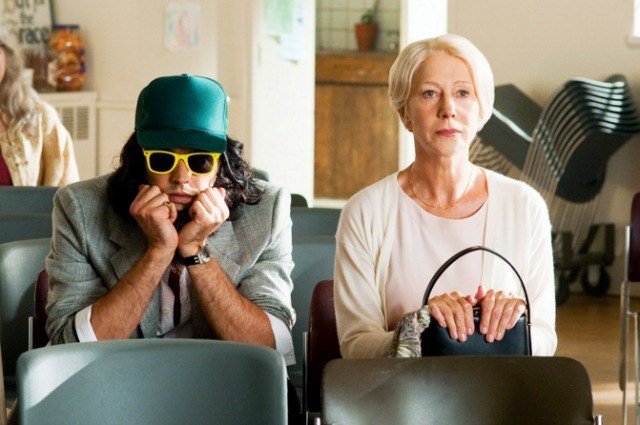 The movie shows an immature billionaire who has to marry the right woman or else he loses his inheritance. In the original, John Gielgud played Arthur’s butler and received an Oscar for Best Supporting Actor for the role. In the 2011 remake starring Russell Brand, they decided to switch things up by looking for an actress to keep Arthur in line. The actor then said casting a woman in the role is what made the movie feasible to him.

“Then, as Jason [Winer] said, changing it, when Peter [Baynham] had the idea of making Hobson female and we immediately, of course, thought of Helen Mirren,” Brand told Screen Crave. “Then, for me, that was the idea that made the film feasible. That was the idea that meant this will actually happen now. And I’m so grateful that it did because I had a wonderful opportunity to work with such incredible people.” 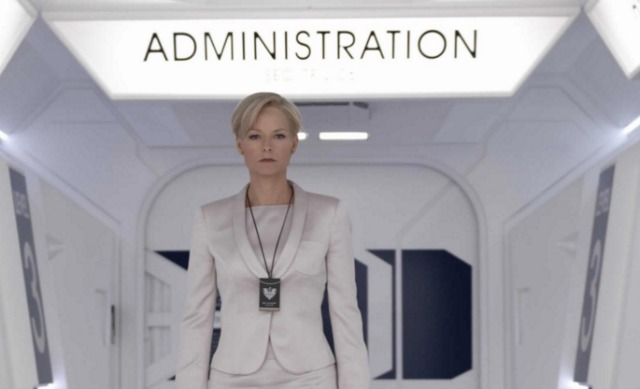 The movie is set in 2154 with Matt Damon playing Max, a man who is working to have equality between the wealthy that live on a space station called Elysium and the rest of the population. Jodie Foster plays Delacourt, the Secretary of Defense for Elysium. However, her character wasn’t originally going to be played by a woman.

The role was initially intended for a man, as Secretary Rhodes, but writer and director Neill Blomkamp decided to change it. When they started to list people who could play the character he had a big reaction to Foster. “I thought, ‘That would be f–ing awesome, but there’s just no way,'” Blomkamp told Entertainment Weekly. “But then, within,  like, a day I had a meeting with her and she said, ‘I want to play it.’ I was like, ‘Holy s–!'”

8. Our Brand Is Crisis 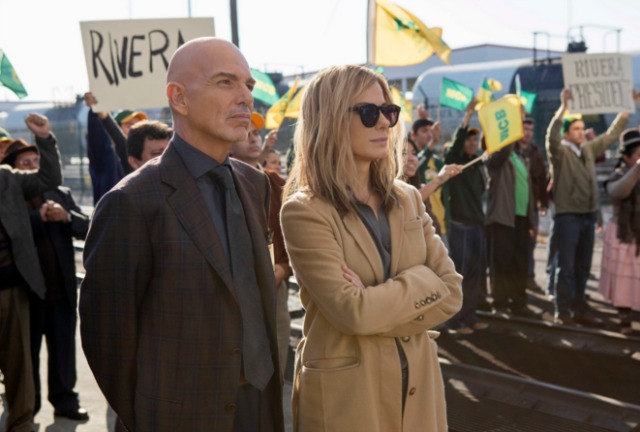 This new movie showcases Sandra Bullock as Jane, an American woman who manages political campaigns working for a new leader in South America. She encounters competition in Billy Bob Thornton’s Pat. At first the role was written for a certain leading man, but Sandra noticed that if she was going to get an interesting role herself, then she would need to take one meant for a man.

“Initially, it was written with George Clooney in mind,” Bullock told People. “About two-and-a-half years ago I just put out the feelers saying, ‘I’m not reading anything I’m excited about. Are there any male roles out there that they don’t mind switching to a female role?'” Luckily she found that there was one. 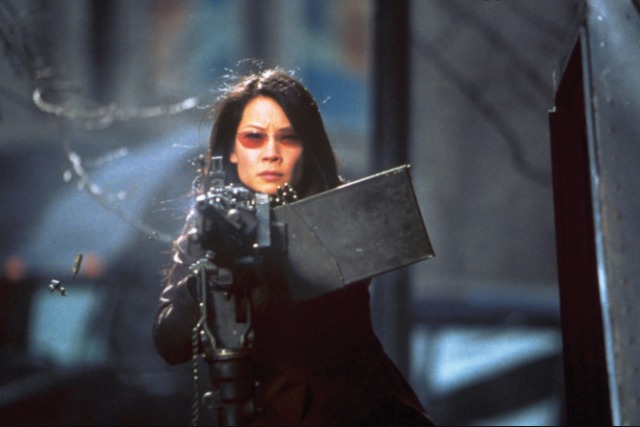 This film is about an FBI agent named Ecks (Antonio Banderas) and a rogue DIA agent who are out to destroy each other. The movie was originally going to have two male leads, but Banderas suggested that Lucy Liu play his nemesis. They changed very little of the dialogue and action sequences after the decision was made. Liu was also heavily involved with stunt work.

“You get hit a lot,” she told About.com. “No, Ray [Parks] was great, he never laid a hand on me. When you work with chains or any kind of weapons, or just when you’re using hand-to-hand combat, you are going to get hurt. You fall and there are lots of things happening. I hurt myself pretty severely a few months ago. It’s just the way of this business — you just get damaged. I don’t think that anyone has gotten into a fight and not gotten hurt.” 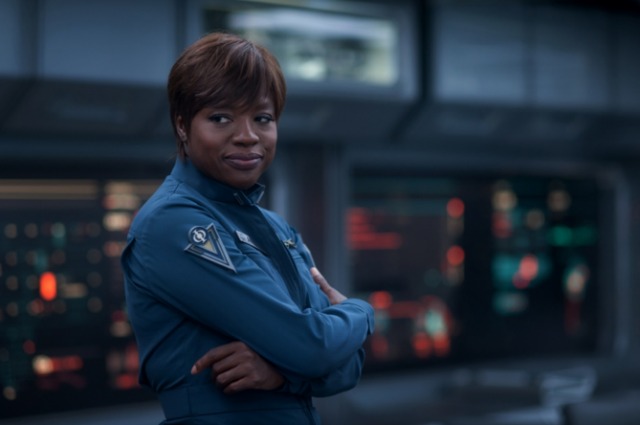 This book adaptation follows a young International Military recruit who fights against an alien race that annihilates humans in an invasion. Viola Davis plays veteran Major Anderson who was a man in book. Director Gavin Hood was the one who chose to change the character’s gender.

“In just a scene or two, Viola Davis can deliver an arc and a feeling of a character that might take other actors an entire movie to achieve — if they can achieve it at all,” Hood told Scannain. “Anderson tries to go along with [Colonel Hyrum] Graff’s notion that it is necessary to psychologically manipulate children for the greater good, but ultimately she can’t. In the end, that is what sets her and Graff at odds. She is more interested in Ender’s personal well-being than the ultimate goal. Harrison and Viola embrace those two points of view and clash fantastically in the movie.”