10 Movies to Make You Feel Good After a Bad Day 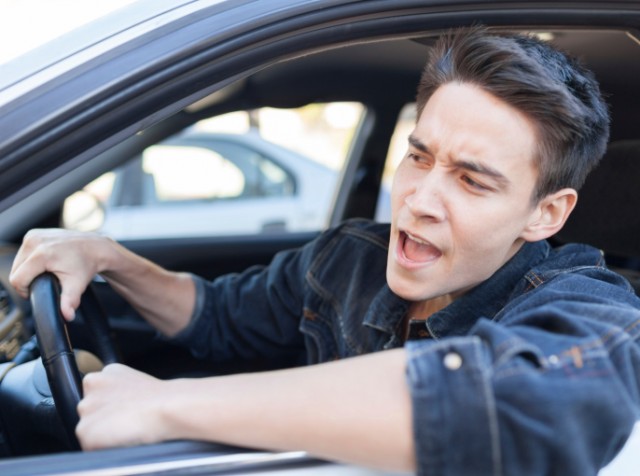 The idea of watching a feel good movie after a long, hard, or particularly unpleasant day can be a perfect solution. Film, like books, music, and a myriad of other human inventions, are in part designed with the idea of escape in mind. During early history you might watch your family die around you young of the common cold all while slaving away for two turnips. Storytelling in all its forms were a good way to forget that you had to bury mom, dad, and grandpa earlier that morning next to your only goat.

Today’s day and age has different challenges and tribulations, but the fact remains that our society unquestionably uses television and movies to escape. Two hours later you’ve been adequately distracted and uplifted and are perhaps prepared to return to the struggle of the daily grind the next day. Of course, there are a lot of different kinds of bad days, and sometimes you need the right kind of movie to transform the mood. Let’s take a look at a few different kinds of off days you might have and what our prescribed film cure is for that particular crisis.

Bad day on the job?

Maybe you lost your job, or maybe it’s just been a long day at the end of a long week, but most people have an off day at work one way or another before they hit retirement. Well, when that inevitable time comes, we’ve got some excellent upbeat, but sympathetic films to get you through the struggle.

The first has to be, by necessity, Office Space, a 90s comedy that has become a classic go-to movie when the job gets you down, particularly for the scene in which employees bust apart the company computer with various tools in a fit of rage. That being said, the film has a happy ending, with the much abused side character Milton left sitting on a sunny beach with plenty of money while the protagonist finds a career that satisfies him.

Ferris Bueller’s Day Off, starring Matthew Broderick, is another perfect feel good film about taking a well deserved day off. After a long day, it might serve as inspiration for the following day, or it may just help you forget some less than fond memories while you watch Broderick lip-synch “Twist and Shout” on a float in the middle of the street.

Fight with your significant other?

Whether it’s a break up or just a really bad argument, fighting with that special guy or girl has a tendency to leave one in a bad mood. Now, some might argue that 500 Days of Summer and Eternal Sunshine of the Spotless Mind are not feel good movies, but they both have hopeful and romantically open endings without being overly saccharine or penned by Nicholas Sparks.

And they arguably do leave the audience feeling better with a warm and meaningful end, despite not being the cliche love stories you see elsewhere. 500 Days of Summer takes a look at a relationship as it falls apart, and how one picks themselves back up again, while Eternal Sunshine of the Spotless Mind looks at the pain of bad and good memories and the desire to stay together despite that pain.

Some days are bad because of more than just minutae. Whether its the beginning of a midlife crisis or the end of an era, there are days where the meaning of life just feels ungraspable. The Secret Life of Walter Mitty is particularly appropriate if the crisis is career related as it puts into perspective the adventure that life can be, how to find love, and how an individual can be important without even knowing it.

Walter Mitty, played by Ben Stiller, is a man with an active imagination but a fairly mundane life, or so he believes. But when he loses an important photograph at work, he sets off on an incredible adventure and discovers a great deal about himself. I Heart Huckabees is a more direct solution to existential angst, following a husband and wife as a team hirable to figure out people’s existential problems and questions.

We’ve all had that neighbor that just doesn’t know how to keep the volume down to a reasonable level, keeping you up late into the night. Or maybe they like to leave things in your yard, or their dog thinks your rose bushes are his personal stomping grounds. Either way, there are a few comedies that can help put things in perspective and remind us that it could always be worse. Neighbors, a comedy staring Seth Rogen, features a new father who is forced to live next to a fraternity and all the unholy nightmares that come out of it.

The Whole Nine Yards is an older film, but still a classic. It stars Bruce Willis (Die Hard) and Matthew Perry (Friends) in a tale about a nervous wreck of a dentist with a monster-wife, and his newly moved in neighbor, who turns out to be a mobster on the run.

Nothing can ruin a day faster than an inopportune vehicular disaster, whether its a flat tire, a fender bender, or some unknown source of steam coming out from under the hood. Having a car break down is like having a very expensive child get sick and then refuse to let you go to work. Luc

kily, for those days when you feel your method of transportation is perhaps the most inconvenient and hazardous in the world, there’s Little Miss Sunshine, a feel good family film featuring one of the best old fashioned car problems out there — the kind where you have to push the car to get it going. On top of that little bit of humor, the movie itself is incredibly touching, focusing on family, grief, and the importance of supporting each other and not being afraid to eat ice cream for breakfast. Planes, Trains & Automobiles is the classic Steve Martin film encompassing basically any and every transportation woe ever experienced on this earth.