Another year has come and gone, which sadly means we lost many legends in the music industry. Some of the lives ended due to tragedy while others were to sickness. But all of them have left behind a lot of great work and inspiration to the music business that we still get to enjoy today. These 10 legends were musicians, producers, and muses who died in 2015. 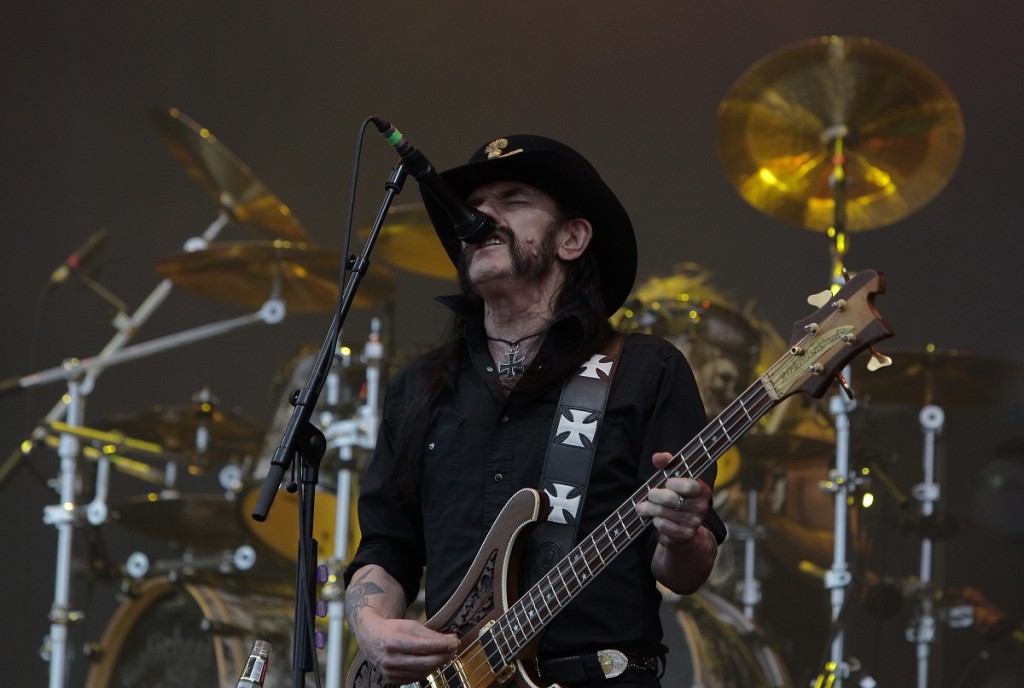 The lead singer and bassist of Motörhead passed away after battling cancer December 18. He started the iconic band after going separate ways from his previous band, Hawkwind. He got the band’s name from the song he wrote, “Motorhead,” and later used it on their self-entitled album. The band later recorded 22 albums. He was still going at it before his death, but many of his concerts were postponed due to health ailments. So what made him want to continue performing? He didn’t see anyone coming up to fill the void in rock and roll. “There’s nobody now,” he said, according to Rolling Stone. “There is going to be a huge hole, and nobody to step into it. I think it’s important music. It’s the constant music of this generation and the last one and the last one.” 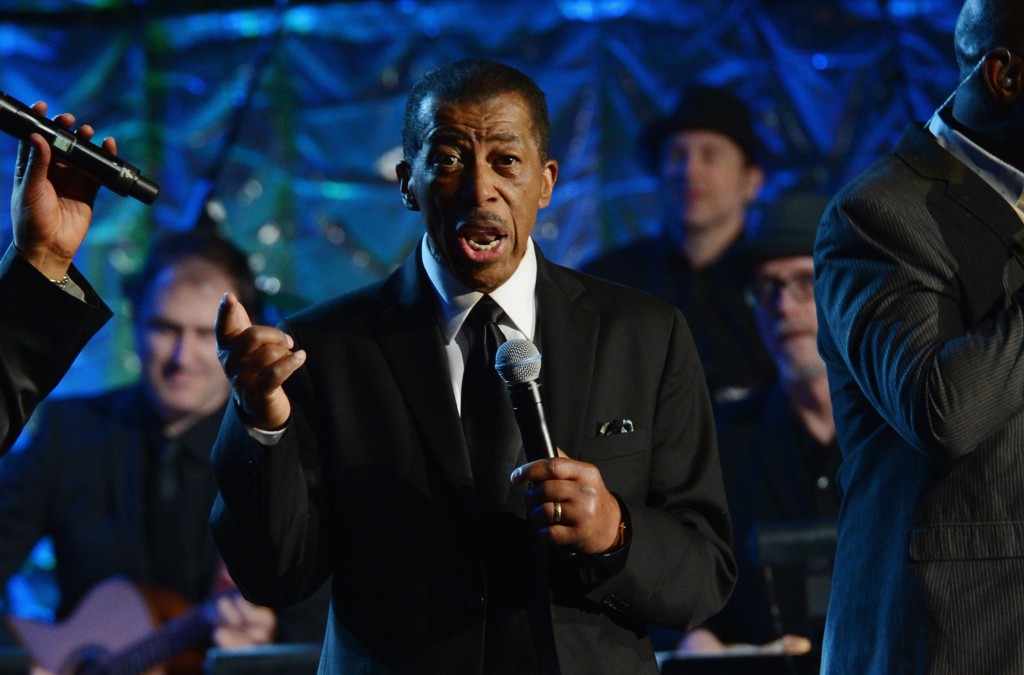 The soulful singer died April 30 from from illness at the age of 76. The singer was the lead of the Five Crowns who were discovered after performing at the Apollo Theater in 1958, according to New York Times. There they caught the attention of manager George Treadwell of The Drifters and he decided to replace the group with Five Crowns’s members but kept the name. The Drifters had multiple hits, including 1959’s “There Goes My Baby” and “Save The Last Dance For Me.” The legend left The Drifters in 1960 but didn’t do so badly solo either with his hit “Stand By Me.” 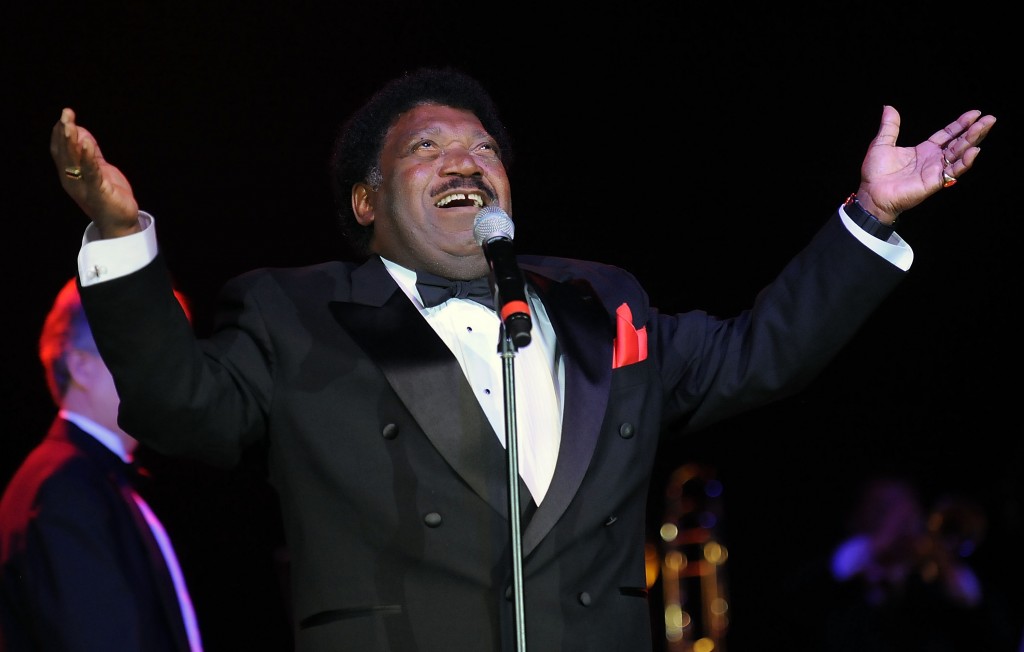 Everyone has either swooned or cried to the song “When A Man Loves A Woman,” all thanks to this crooner’s debut. Sadly, he died on April 14 at the age of 74 from liver cancer. Not only has his huge hit been able to stand the test of time, but it was the first chart topper from Muscle Shoals, the city home to the Alabama music scene, according to Rolling Stone. He was inducted into the Rock and Roll Hall of Fame in 2005 and received the Rhythm & Blues Foundation’s Career Achievement Award in 1989. 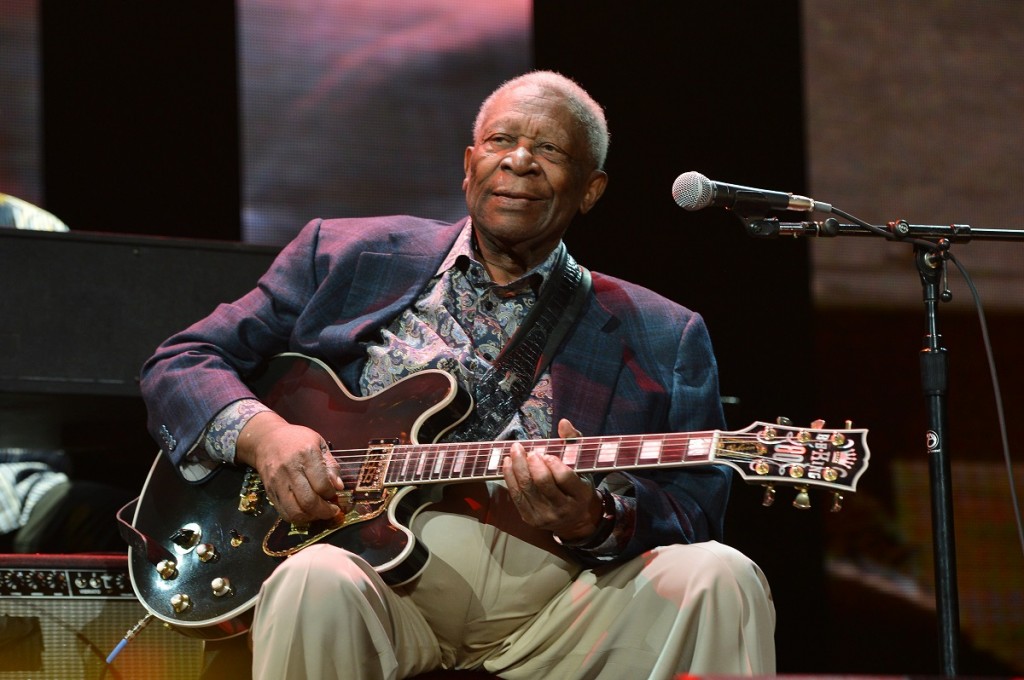 The bluesman died May 14 after being hospitalized from dehydration and exhaustion at the age of 89. He popularized electric blues, won 15 Grammy awards, and was inducted into the Rock and Roll Hall of Fame in 1987. He named every guitar he owned Lucille after a woman he came across while performing in a club. His first number one hit was “3 O’Clock Blues,” and he had many more afterward. He also opened up a BB King’s Blues Club in Memphis in 1991 before making more throughout the country. 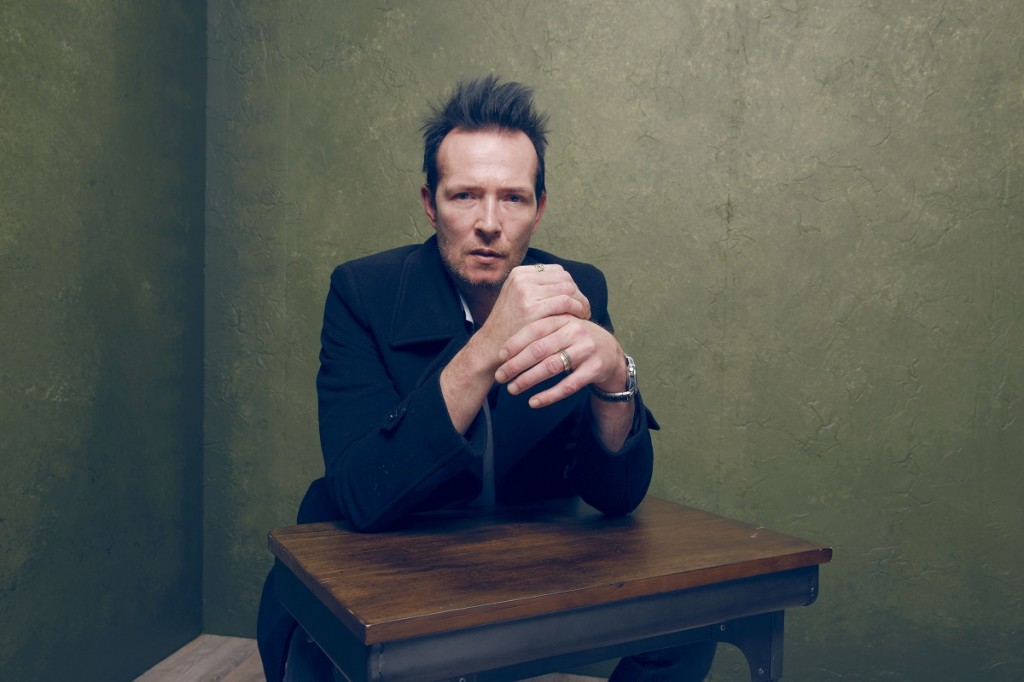 The Stone Temple Pilots and Velvet Revolver frontman died from an accidental drug overdose on December 3 at the age of 48. He died while he was on tour with his band, according to CNN. Weiland was with Stone Temple Pilots during the grunge movement before they disbanded. He then went on to join Velvet Revolver with their debut album together being Contraband. He also went solo with his band, The Wildabouts, and wrote a memoir called “Not Dead & Not For Sale.”

Sadly, we lost two Motörhead members this year — the first one being drummer “Philthy Animal,” who died after struggling with an illness, at the age of 61 on November 11. The drummer performed with the iconic band, left in 1978, then rejoined in 1987. Between the break, the drummer performed with Web of Spider. Taylor, guitarist Eddie Clarke, and frontman Lemmy Kilmister performed together November 2014 in Birmingham, England. 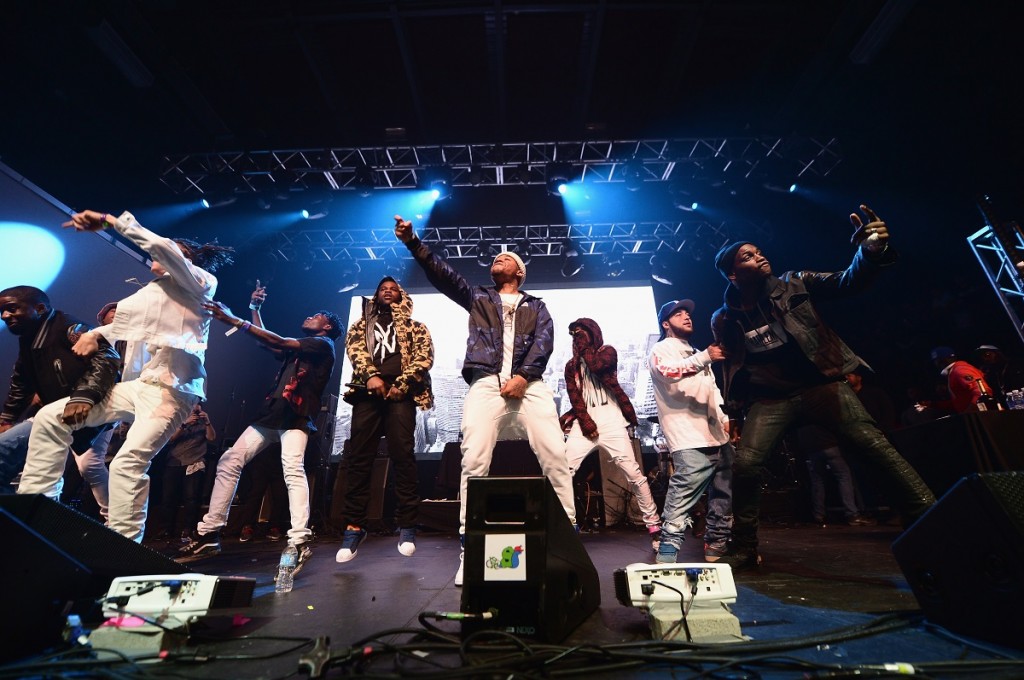 The A$AP Mob founder was found dead on January 18 from accidental overdose at the age of 26. He was A$AP Rocky’s partner and helped him perfect the rapper’s sound. Yams then turned to Tumblr to blog about the upcoming rapper, and it led to him getting a major label contract and distribution deal, according to The New York Times. After the huge success Yams still acted as ambassador for the rapper by reaching out to other artists for Rocky. 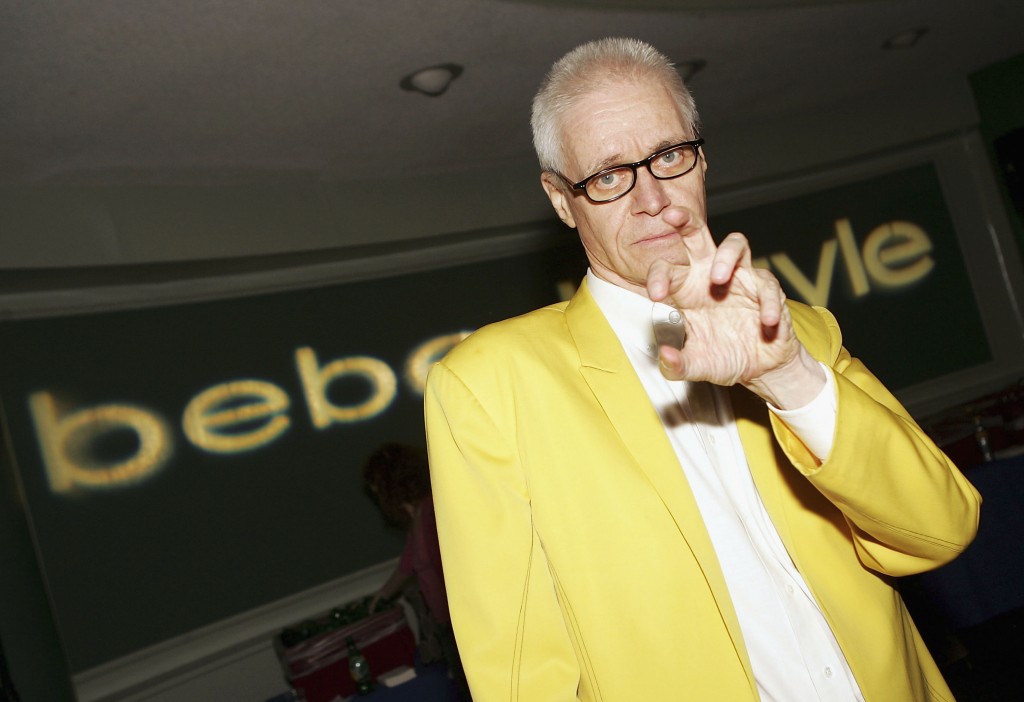 The Runaways producer died after battling cancer at the age of 75. He pulled together the members of The Runaways — Joan Jett, Sandy West, Jackie Fox, and Cherie Currie — and produced their first album in 1976. The son of actor Douglas Fowley and actress Shelby Payne produced his first album for the Renegades in 1959. He went on to co-write songs on Kiss’s album, Destroyer, and worked with John Lennon, Paul Revere and the Raiders, and more. Later in his career, he made films called Golden Road to Nowhere and BlackRoomDoom. 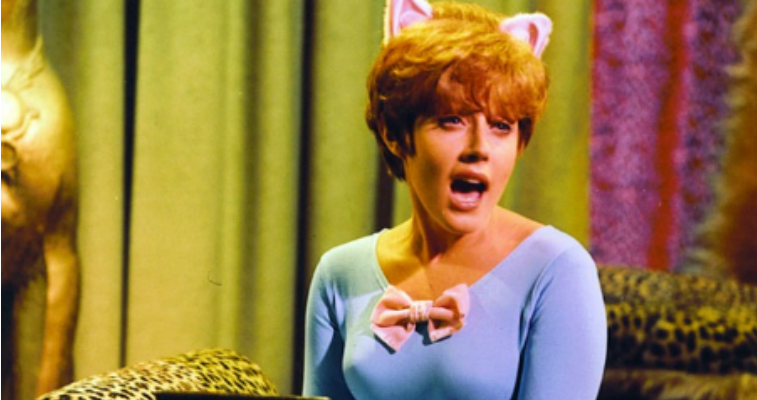 The “It’s My Party” singer died of lung cancer at the age of 68 on February 16. After being discovered by Quincy Jones, the singer recorded many heartbreaking songs as a teenager, including “Judy’s Turn to Cry” and “You Don’t Own Me” all before she was 18. The latter was rerecorded by Joan Jett and was featured in the movie, The First Wives Club. She also acted appearing in the Batman television series and later got nominated for Academy Award for Fame. In 2005, she came out as gay and advocated for LGBT rights. 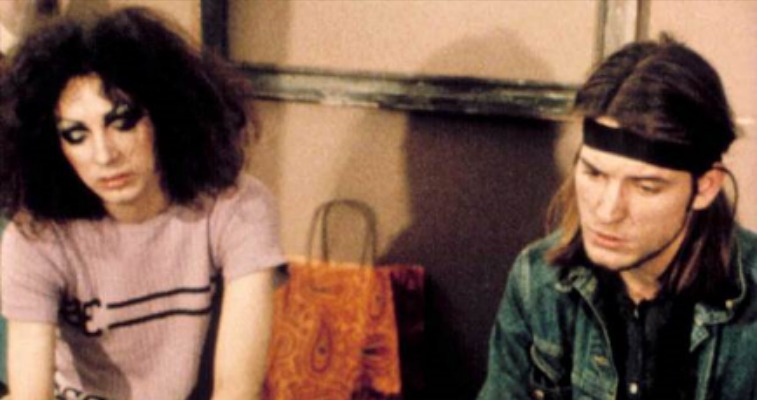 She wasn’t a singer or producer, but chances are you heard a certain song about her. The transgender muse was the inspiration for Lou Reed’s “Walk on the Wild Side.” She died at the age of 69 from cancer on December 6. She was not only the muse for that hit song, but she appeared in Andy Warhol and Paul Morrissey’s films. The actress continued working in small films and was recently in two episodes of Transparent as Vivian.