10 of the Greatest Mystery Movies of All Time

A little over 40 years ago, Roman Polanski’s opus, the enigmatic neo-noir Chinatown, hit theaters. Polanski’s masterpiece came out in a year that featured The Godfather Part II, The Conversation, A Woman Under the Influence, Young Frankenstein, The Texas Chain Saw Massacre, and Blazing Saddles, but 40 years later, Chinatown remains the highlight of 1974 and one of the finest achievements in American cinema.

Shooting in gorgeous wide-scope technicolor, Polanski channeled the turmoil of his life — his pregnant wife, Sharon Tate, was murdered in particularly grisly fashion by the Manson family several years earlier — to portray the squalid, sickening underbelly of American life. At once sunny and seedy, Polanski’s version of California saps the less fortunate so the well-off can prosper.

The mystery folds in on itself, again and again, and the final revelation — or revelations, as the film doesn’t really have one definitive climax as much as it has a series of increasingly cryptic reveals — can turn the toughest tough guy’s blood cold. Chinatown is one of the most pessimistic and unnerving Hollywood films, but at the same time, Polanski crafted a work of undeniable beauty. Since we’ve got mysteries on the brain, here are 10 of the best films in the genre, in order of release. 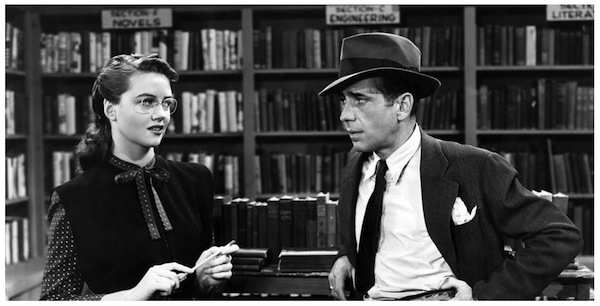 Five years after John Huston engendered the American film noir movement with his timeless classic The Maltese Falcon, Howard Hawks and screenwriter William Faulkner (yes, that William Faulkner) made the essential noir, a mystery in which the mystery is secondary to the characters and the mood. Starring the inimitable Humphrey Bogart as Philip Marlowe, The Big Sleep is a serpentine endeavor, with clues piling atop clues in such heavy and confusing piles that the characters themselves seem to give up on solving the mystery. Faulkner and Hawks couldn’t even agree on who the ultimate culprit was. A noir that deconstructed noir before the term even existed, The Big Sleep is an enthralling film. 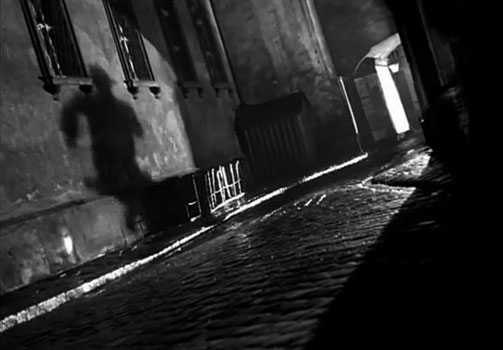 Carroll Reed’s angular, expressionistic depiction of a seedy, secretive post-war Vienna features one of the all-time classic character introductions, with Orson Welles looming in a doorway, the shot tilted to the side, his shadow like ink spilling on the cold stone floor. Unlike some of the films on this list, The Third Man‘s mystery makes sense and doesn’t spend any time commenting on itself or its own insolubility.

Joseph Cotton, who starred in Welles’ Citizen Kane (though we never really see his face), is a hack pulp fiction writer who’s come to Vienna to visit his friend Harry Lime. The problem is that Harry Lime has been killed, and the circumstances of his death are, to put it simply, curious. Replete with crooked cameras, vast cobblestone streets, and distant footsteps echoing down cavernous alleys, The Third Man depicts Vienna as a city of shadows and deception. And that zither score is unlike anything any film has used, before or since. 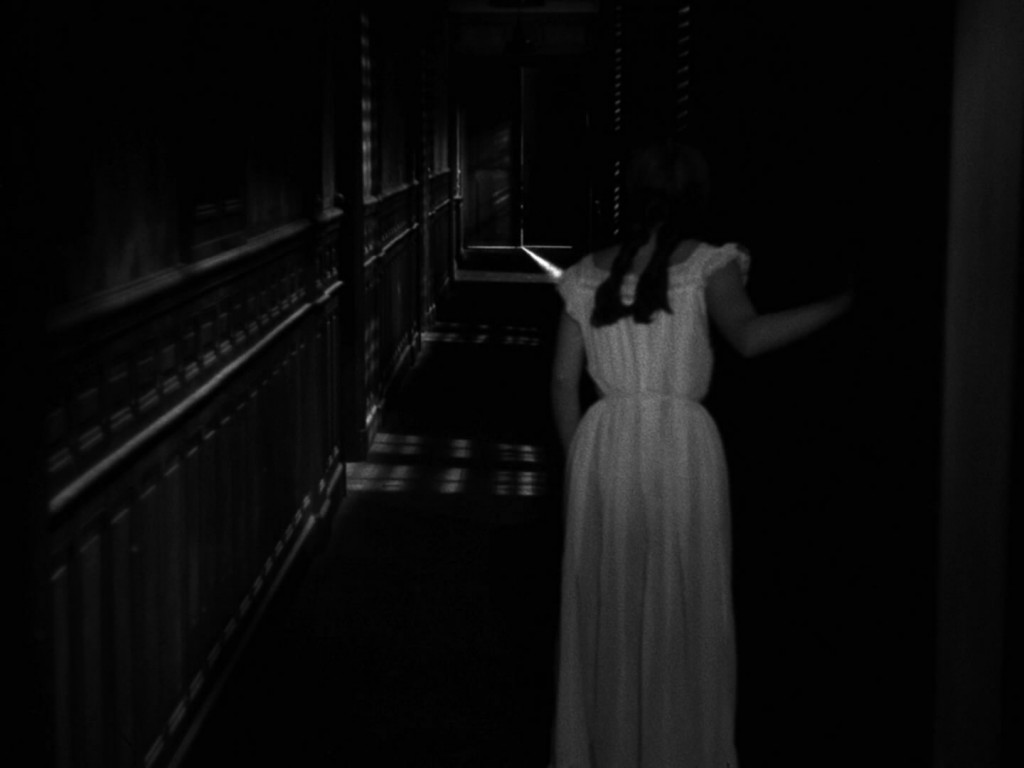 One of the two films on this list that qualifies as “the best film Hitchcock never made,” Henri-Georges Clouzot’s deceptive thriller is one of the first great slow burns. Clouzot’s real-life wife, Vera, plays a boarding school teacher whose abusive and generally awful husband (Paul Meurisse) acts as the tyrannical ruler of the school.

Although Vera’s character owns the school, her husband, who is cheating on her with another teacher, does what he wants, treating the women like leftovers from last night’s dinner. He’s one of French cinema’s all-time creeps, and you can’t blame the women for conspiring to kill him. The story seems to be going in one direction before it veers off into a different mystery. The black-and-white cinematography is starkly beautiful, and Vera Clouzot, who only acted in three films before dying at the age of 46, is captivating as the tragic femme. 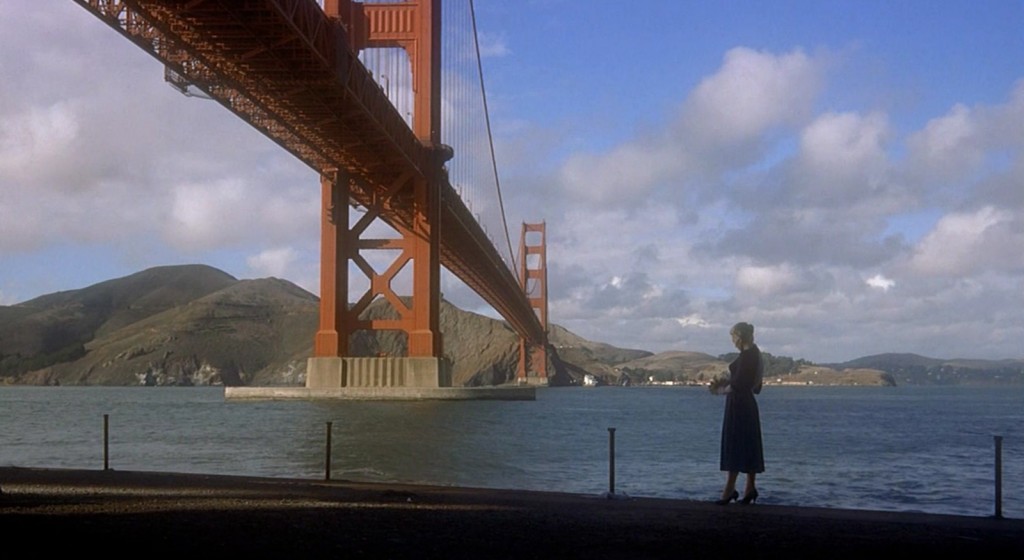 The best film that Hitchcock did make, Vertigo has gradually overcome the dismissive initial response that sunk Hitch into a depression, and it now stands as the reigning king of the highly influential Sight and Sound poll, which happens every 10 years. Hitchcock’s film made headlines when it dethroned the usual champion, Orson Welles’ Citizen Kane (which plummeted all the way to No. 2). Some said the film was overrated, but that’s just bratty obstinacy.

Shot in glorious VistaVision, a now-defunct type of camera akin to 70mm or Imax (resurrected by Christopher Nolan on the truck-flipping scene in The Dark Knight), the lush, colorful photography lends a sense of hugeness to everything. Buildings impend like giants, shadows portend cryptically, the Golden Gate Bridge hangs like a burning beacon above the oddly serene waters of San Francisco Bay. Hitch never made better use of scenery, not even in North By Northwest, his popularist retort to Vertigo‘s critics (he was distraught when the Cary Grant escapist vehicle was a hit and Vertigo, his most personal and fervid film, was not). The movie feels like a mystery, rather than the depiction of one. 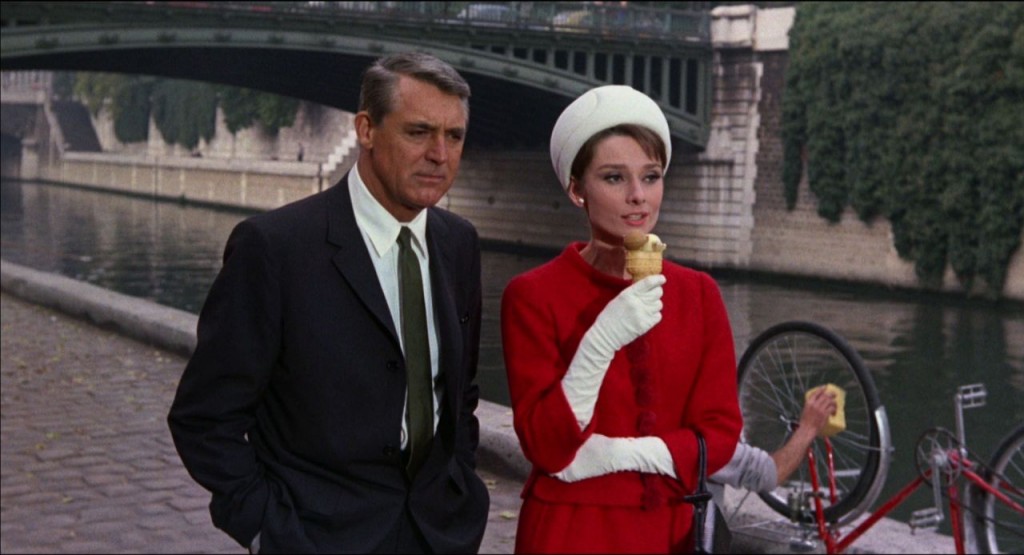 The other “best film that Hitchcock never made,” this Cary Grant-Audrey Hepburn movie is a paranoid caper with shades of mismatched rom-com silliness. Hepburn plays a rich, young widow whose late husband was in with the wrong crowd; a motley crew of killers and crooks hound Hepburn, and Grant shows up to help her — or does he? With acerbic wit, Grant and Hepburn banter and berate each other, at once flirting and affronting. The dialog is sharp and clever and never verbose, and the supporting cast of Walter Matthau, James Coburn, Jacques Marin, and George Kennedy is excellent. 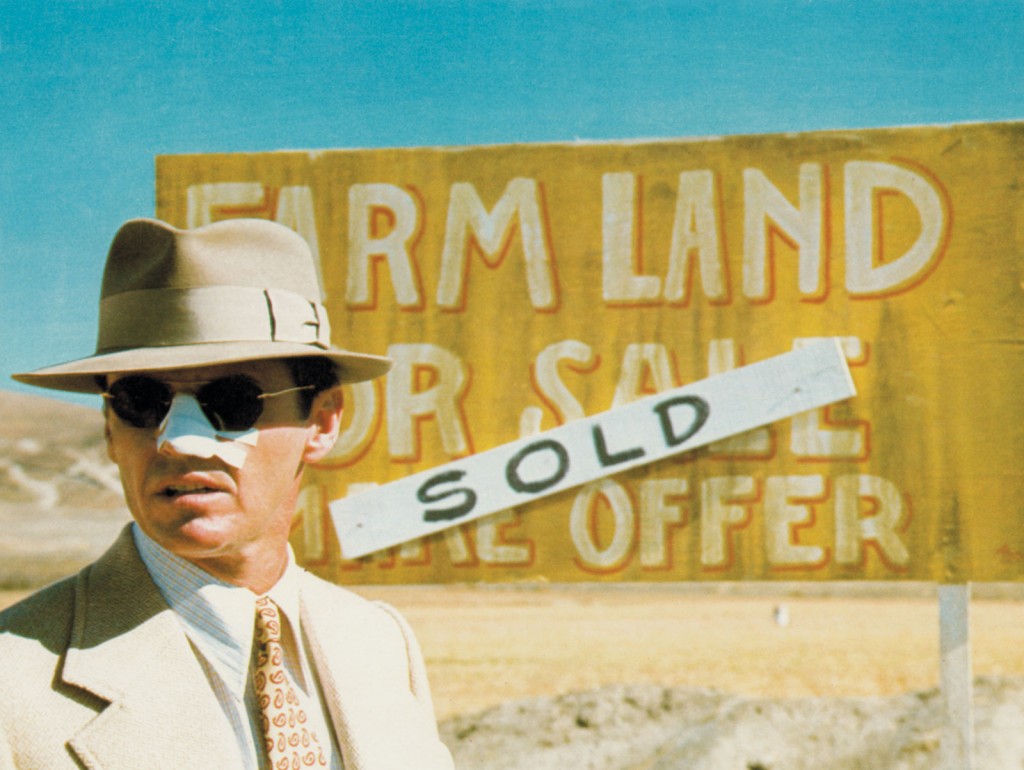 Akin to Coppola and his opening shot of The Godfather, Polanski starts this film with a slow, retracting shot of a meek and meager man going to a powerful man for help. But whereas The Godfather‘s powerful man is a well-respected figure, Chinatown‘s powerful man is a thrifty, unglamorous dick (as in private eye) played by Jack Nicholson. With immaculate but un-gaudy framing, an aptly tragic score, and a wonderfully cast John Houston as the vile tycoon Noah Cross, Chinatown is the best mystery to ever unfurl on the big screen. There’s not a line of dialog that doesn’t serve a purpose, not an utterance out of place or a shot that doesn’t accomplish something. As astonishingly efficient as it is sublime, Polanski’s opus only gets better with age. And Nicholson has never been better (same goes for the last lingering traces of his hairline). 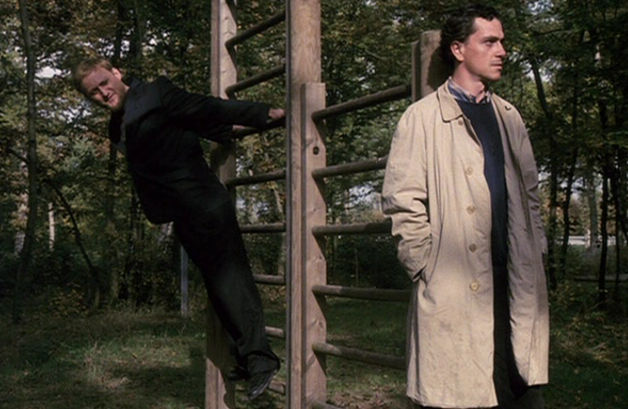 Also known as Spooloos, which sounds like a children’s frozen dessert or maybe a Scandinavian sex position, George Sluizer’s languid thriller unveils its villain as Raymond Lemorne (Bernard-Pierre Donnadieu) before the end of the first act. The who isn’t the mystery — it’s all those other W-words that intrigue Sluizer. Rex Hofman (Gene Bervoets) and Saskia Wagter (Johanna ter Steege) are on vacation in France. After having a tense fight in their broken-down car in a claustrophobic tunnel, they eventually stop at a gas station, where Saskia disappears. With deft patience, the Dutch filmmaker gradually, almost serenely, explores the mind of our bad guy. The bad guy, the good guy, and the director are all driven by the same persistent passion, though the director ultimately reveals himself to be more like Raymond than Rex. Sluizer remade his own film in English a few years later, and the results were awful. It’s like sugar-free Spooloos. 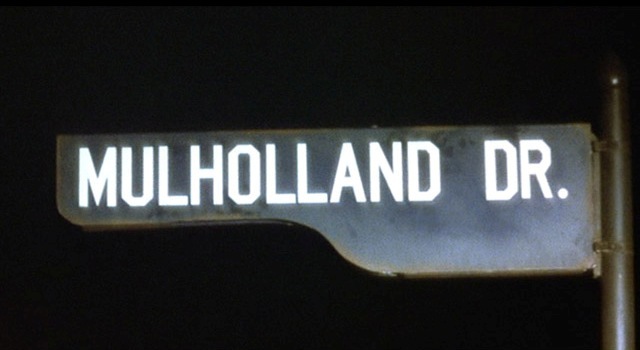 The newest film to land in the top 50 of Sight and Sound’s 2012 poll, David Lynch’s masterful mind-messer-upper is an unsolvable riddle, a mystery enveloped by an enigma. Lynch claims it’s the most accessible of his movies, and it does make a sort of discernible sense after a few viewings, but the dizzying effect of Lynch’s hallucinatory film, which moves along at a undulating rhythm, is far more powerful than any typical mystery. There is a logical ending, and you can definitely find a clear plot hiding in Lynch’s murky dream logic, but that’s missing the point.

In fact, trying to succinctly explain the plot is pointless: Just know that it stars Naomi Watts, Laura Harring, Justin Theroux, and, for about five minutes, the great Robert Forster; that the movie rewards repeated viewings; that the score is perhaps the best Angelo Badalamenti has ever made (and he’s composed a lot of great stuff, including Twin Peaks); and that there’s a super steamy sex scene that you won’t see coming (heh), but which actually, legitimately matters to the story, if you can still manage to think clearly while watching it. Really, it has meaning! 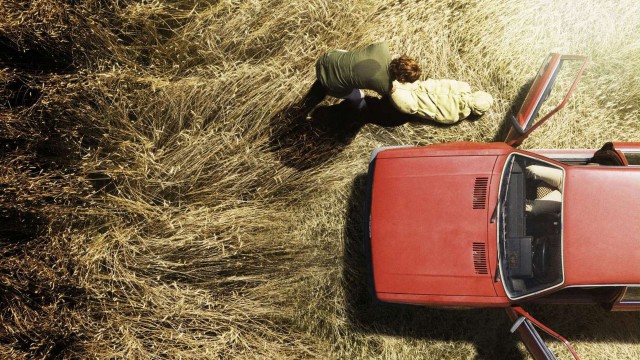 In the summer of 1986 a small girl is raped and murdered and stuffed into a car trunk, her bicycle left on the side of the road in a wheat field. Twenty-three years later another little girl is abducted, and her bike is found in the same place as the last. The detective in charge of the first investigation has just retired, and the new investigation is undertaken by David Jahn (Sebastian Blomberg), who has yet to recover from the death os his wife five years earlier. Baran bo Odar’s film is carefully composed and visually alluring, with exquisite use of slow zooms and precise framing. Like The Vanishing, we meet the killer early on and see things from that person’s perspective, but  the trick here is that we only know who committed the first murder, not the second. Is it the same person? The detective isn’t the only one who needs to know. Blomberg is great, at once disheveled and unkempt, but still sharp enough to lead the investigation, and the score is unnerving. 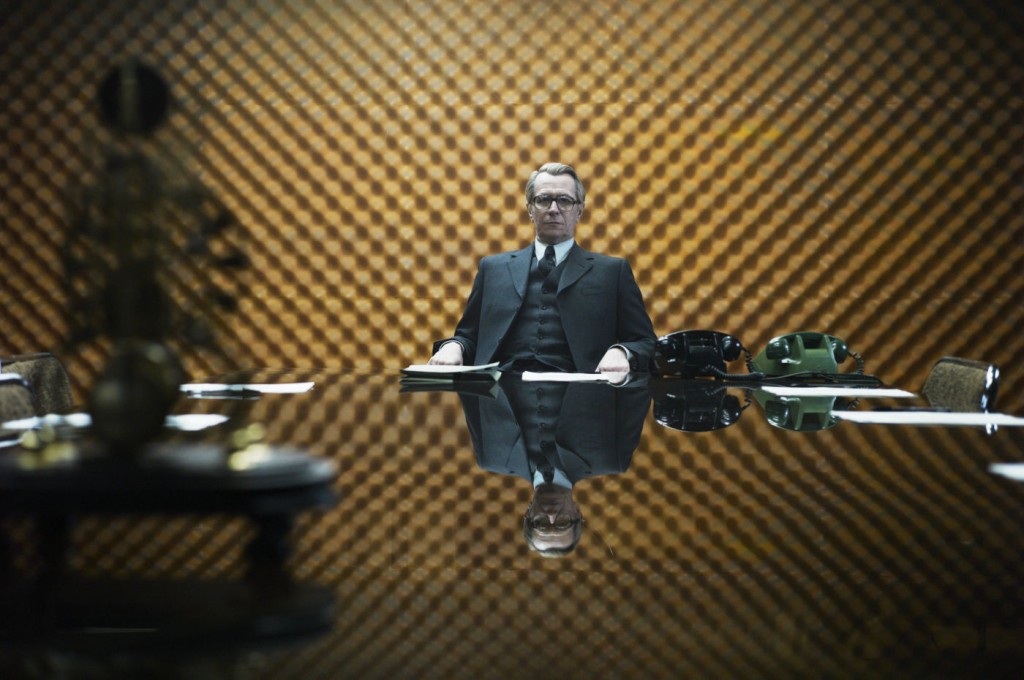 Gary Oldman is at his most somber as a recently retired British spy who has to investigate his former co-workers, one of whom is a mole for the Soviets. Tomas Alfredson creates some ingeniously layered shots with deft control of focus, and makes spectacular use of scenery. The supporting cast only gets more impressive with each passing year: John Hurt, Colin Firth, Toby Jones, Tom Hardy, Benedict Cumberbatch, Mark Strong, and Ciarán Hinds. The score is a paranoiac jazzy enmeshment, with whirring violins and tragic trumpets. It’s a dense, circuitous mystery, and a lot of people have trouble following it, but Tinker Tailor Soldier Spy is one of the great films of the decade.