10 of the Best Albums Released After a Musician’s Death 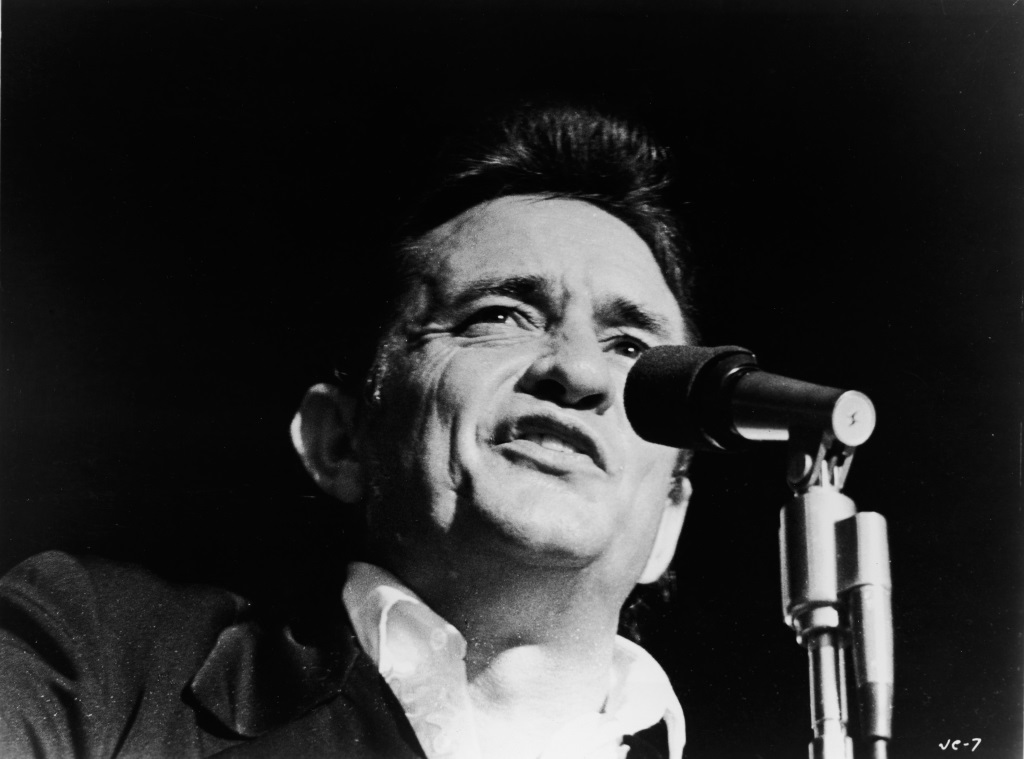 It’s almost a cliche to say that many of our greatest musicians are gone too soon, but it holds true. Whether those artists died old or young, we’re often left with the feeling that they had so much more to say, so many more songs and albums to write were it not for that pesky phenomenon called mortality. It doesn’t help matters when many artists leave behind finished or unfinished albums of recorded material, tantalizing us with what might have been. To honor some of the greatest work of our dearly departed musicians, we’ve compiled the following list of 10 amazing albums released posthumously.

After a stagnant period in the ’80s and early ’90s, country icon and man in black Johnny Cash enjoyed a commercial resurgence due to his collaboration with producer Rick Rubin and his series of American Recordings albums. The fifth album in this series was released in 2006 as Cash’s 93rd overall studio album and the first since his death in 2003. The album is stuffed full of neatly produced and affecting gems. Most of the songs are covers, like the heartbreaking Hank Williams tune “On the Evening Train,” but perhaps the standout is one of Cash’s own — the solemn but sinister “Like the 309,” showing that Cash was still able to pen and record quite a tune only two weeks before his death at 71.

2. The Dock of the Bay by Otis Redding

One of the architects of soul music and still one of the greatest voices in the history of American music, Otis Redding’s studio recording career lasted only three years before his death in a plane crash in December 1967 that left only one survivor. His death came just three days after the recording of his first posthumous album, The Dock of the Bay. Its first single, the sorta-eponymous “(Sittin’ on) the Dock of the Bay,” became Redding’s only single to hit No. 1 a month after his death, and the album is often considered the singer’s crowning achievement. His soulful vocals breathe exhilarating creative life into every one of the tracks on Dock of the Bay, leaving us only to imagine how Redding might have developed as an artist if given the chance.

After fronting psychedelic rock band Big Brother and the Holding Company, Janis Joplin set out on what promised to be a fruitful solo career. She only lived to see the release of one solo album before her death at age 27 by heroin overdose in 1970. Thankfully, she had been working on recording a new album, leaving behind nine tracks that she had personally approved to be turned into the wildly successful album Pearl, released three months after her death. The quadruple platinum album contains some of Joplin’s greatest tracks, recorded with a clean production style that lets her wailing vocals shine as much as her songwriting and the musicianship of her final backing band Full Tilt Boogie. It became her most successful release by far, suggesting listeners were nowhere near ready to bid Joplin goodbye.

Gram Parsons died in Joshua Tree National Monument (now National Park) in 1973 due to heroin overdose. Though only 26 years old at the time of his death, he had established himself as one of the key architects of American folk and country music in the 1960s, first as a collaborator with The Byrds and then with The Flying Burrito Brothers and as a solo artist. His brand of what he called “cosmic American music” had its final hurrah on his second studio album Grievous Angel, released four months after his death. The haunting album left fascinated listeners with a final image of Gram Parsons as the artists he hoped to be, who could combine country, rock, and folk music to create something new and genuinely affecting.

Precisely two months after the suicide of singer Ian Curtis, influential post-punk band Joy Division released Closer, often considered to be the definitive recording of the group and even of the post-punk movement as a whole. The album pulses with creativity, taking the band’s dark, gothic-tinged tunes to increasingly interesting new places, always led by Curtis’s gloomy baritone vocals that seem to suggest the singer’s enduring and tragic depression that ultimately led to his suicide by hanging. Despite his death, Curtis and his band continue to make their mark in rock and alternative music thanks to their forward-looking, uncompromising sound and creativity.

Though he never gained the fame of his most notable contemporaries like Elvis, singer and songwriter Roy Orbison helped to define early rock and roll, influencing artists as significant as Bruce Springsteen, using his voice and his lyrics to express a wounded emotional vulnerability to complement his creative, complex compositions. After a career resurgence that included two albums with the supergroup The Traveling Wilburys, Orbison died of a heart attack in 1988 at the age of 52, leaving behind an album that was supposed to signal his re-emergence as an artist but instead became a document of his final days. Mystery Girl became a hit with audiences and critics worldwide, praised as one last demonstration of all that made Orbison great.

7. The Don Killuminati: The 7 Day Theory by 2Pac

The first of many posthumous studio albums from influential West Coast hip-hop icon Tupac Shakur, The Don Killuminati stands as one of the ultimate tributes to the rapper and songwriter’s considerable creative talents. Written and recorded in a short period of only three days and released under the alternate stage name Makaveli, the album was originally intended to be more of an underground release, but instead became a No. 1 hit only two months after Tupac’s death in a Las Vegas shooting in September 1996. The album itself is one last gasp of raw emotion and anger from a rapper whose lyrics helped define a generation of socially- and emotionally-conscious hip-hop while spawning the next.

8. From a Basement on the Hill by Elliott Smith

Nebraska-born, Portland-based indie folk singer songwriter Elliott Smith died at the age of 34 due to a bizarre suicide by stabbing. For years, Smith had been channeling his emotional issues into moving acoustic but sonically rich studio albums, and he left behind a host of unfinished material for a planned double album. After adding some finishing touches, the most complete tracks were assembled into the single album From a Basement on the Hill, which turned out to be surprisingly coherent release featuring some of Smith’s most irresistible melodies and most interesting attempts to expand his delicate sound, as well as tracks like “A Fond Farewell” that feel tragically well-suited to a posthumous release.

After the Beatles split, guitarist George Harrison enjoyed perhaps the most creatively rewarding and consistent solo discography of any of his former band mates. Thanks to the efforts of his son Dhani Harrison and friend Jeff Lynne to follow Harrison’s instruction and wishes for his final album, Harrison left behind a fitting conclusion to his pivotal music career after his death from lung cancer in 2001. Brainwashed contains some of the best tracks of Harrison’s long solo career, making for a musically compelling farewell record that highlights his songwriting sensibilities tending toward cheeky humor and healthy skepticism as well as honest spirituality.

10. Life After Death by The Notorious B.I.G.

A contemporary and rival of Tupac’s also ranked as one of the most influential rappers in the history of the form, The Notorious B.I.G. recorded his prophetically titled second studio album Life After Death for an extended period of time leading up to his death in January of 1997 by drive-by shooting. The album’s release two months later more-or-less cemented his place in hip-hop history, becoming an influential classic of the genre for bringing gangsta rap into the mainstream by surrounding Biggie’s uncompromising lyrics with a cleaner, more upbeat sound that would enable future rappers to bring their music to the forefront of American popular music.