10 of the Worst DC Villains of All Time

Even the most beloved of comic book series and creators are subject to the same strains the rest of us are. Just as long-running television series are subject to declines and slumps in quality, comic book producers often struggle to constantly come up with new challenges for their heroes to face. The slumps may be understandable — especially for a comic book character like Superman who has existed since 1938 — but the worst story lines and characters to come out of them are often baffling. We’re here to celebrate the colorful, 81-year history of DC comics by counting off their worst super-villains of all-time. 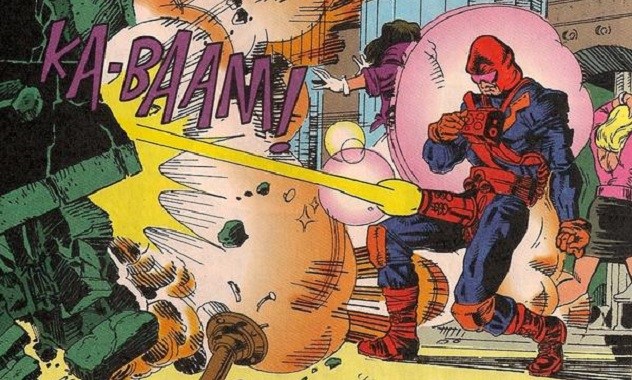 When crafting a villain, motivation is one of the most important bits to get right. The primary motivation for Codpiece, a villain who made only one appearance in the comics, is penis envy. It’s never so plainly stated, but he essentially misinterprets the comments of women who reject him due to his height to be about, ahem, other areas. So he turns to super-villainy, using a codpiece multi-weapon that would make even Freud blush. To top off all the psychosexual goings-on, Codpiece is defeated when his codpiece is dissolved by the transsexual Coagula. 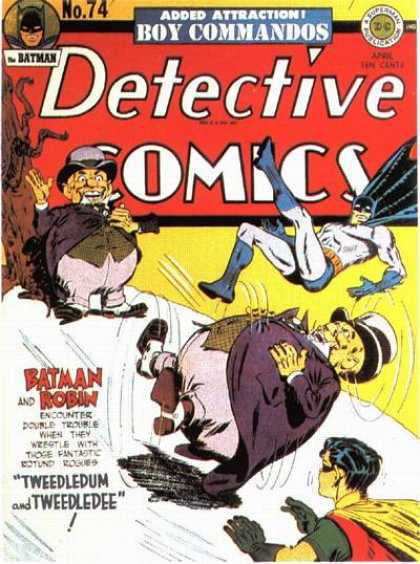 These Alice in Wonderland-inspired characters don’t have any powers, but they are very rotund, a physical feature that helps them bounce around. I guess DC writers think that’s a thing fat people can do. They don’t even bounce very often either, preferring to remain stationary and let hired goons carry out their nefarious schemes. Near-identical cousins Dumfrey and Deever Tweed are among the least intimidating villains ever faced by one of the greatest comic book icons of all-time, Batman. 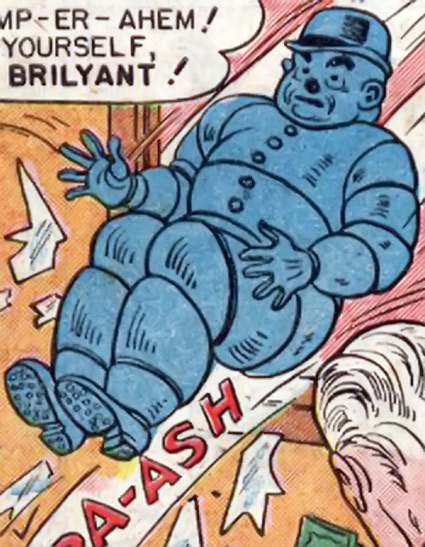 Blue Snowman isn’t actually a snowman, perse, but a woman posing as a man posing as a blue snowman for the purposes of committing crimes. Beyond that convoluted backstory, the Wonder Woman villain’s primary gimmick was to use a snow gun able to produce and reverse blizzards. The character has gone through a few design changes in her surprisingly long life in comics, each of them roughly as lame and unintimidating as the last.

Beyond a name that conjures images of mustachioed sex offenders, the Fiddler was so disappointing as a villain because his magical powers could only be channeled through his violin. The character design was probably intended to look like a conductor’s tuxedo but instead comes across as a pedophile relative of a leprechaun. Thankfully, the Fiddler, whose name was altogether too similar to the Riddler, was eventually killed off by a far superior villain, Deadshot. 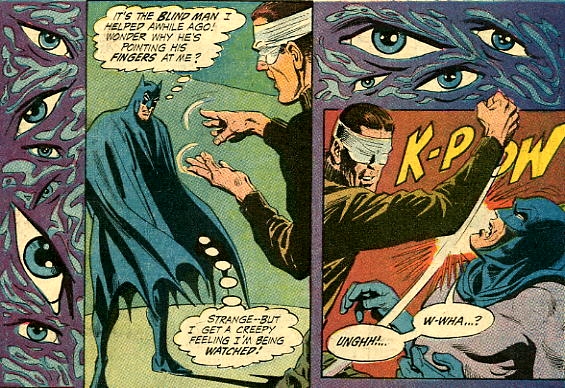 Philip Reardon’s origin story begins, as so many do, with an explosion. It leaves him blinded, but luckily he’s treated by an experimental doctor who must have been purposely trying to create a villain by grafting eyes to each of Reardon’s fingertips, which enables him to… see really well? This lame Batman villain was eventually killed off, but sort of resurrected in the form of the Nine-Eyed Man, a villain with a similar affliction who is missing one of his fingers. Clever twist, right? No.

Another in a long line of weak, vaguely offensive super-villain motivations: colorblindness. Yes, Roy G. Bivolo was a recurring enemy of The Flash who was determined to become an artist despite his colorblindness. His father built him a pair of goggles that emit solid beams of rainbows he can ride around (a concept that must have seemed silly even at its inception), using them to commit art gallery heists. If he can’t appreciate art, no one can! The weak villain with the ridiculous costume and backstory somehow inspired a villain group called the Rainbow Raiders, but has mostly fallen into obscurity anyway.

William Tockman has no secret weapons or powers, just an extraordinary sense of good timing. Sure, I guess that’s enough to qualify as a Green Arrow villain — well, that and a ridiculous costume like the one you see above, which was actually much worse in the original comics, where Tockman sported a cape and pajamas covered with clock patterns. But they always kept that massive clock blocking his actual face, which is a prime example of form over function in costume-design. 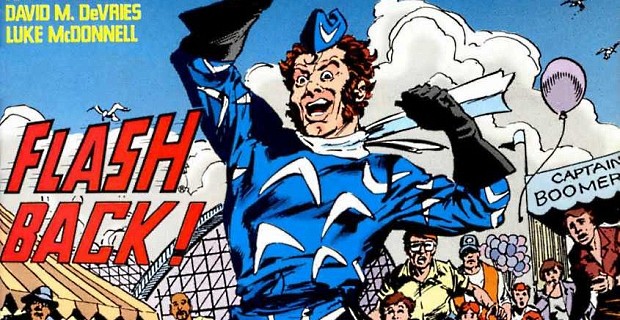 Put a military title and an incredibly non-threatening weapon together, and boom, you’ve got yet another lazily conceived villain. Captain Boomerang has always been little more than a single gimmick plus a broad Australian stereotype, but he’s survived an improbably long time in the comics, even returning after what seemed to be a definitive death in 2004. More recently, forgettable Australian hunk Jai Courtney played the lame villain in 2016’s Suicide Squad film.

Just look at that racist monstrosity there. From the Fu Manchu mustache to the mangling of his r’s, Egg Fu has always been a product of good old-fashioned xenophobia, with a lousy pun gimmick thrown in for good measure. This Wonder Woman adversary is just an enormous, sentient egg and Chinese stereotype whose inexplicable existence has never been properly explained. Later incarnations of the character have tried to de-emphasize his blatant racism, but there’s nothing else to expand upon when it comes to the rotten Egg Fu. 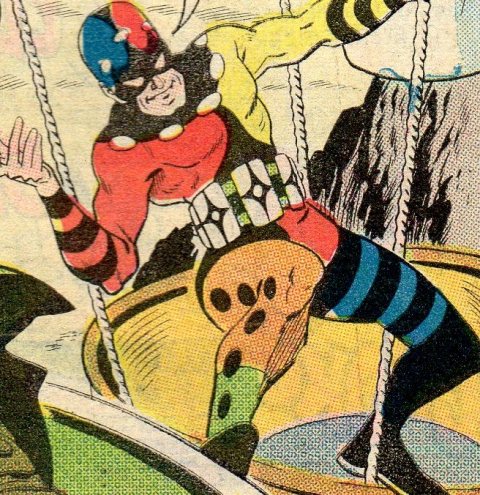 Have you ever felt like the distinction between the Riddler and the Joker was irritatingly thin? Well, then you’ll love the Prankster, who doesn’t play jokes or tell riddles but instead pulls pranks! That’s different, right? The Prankster primarily menaced Superman instead of Batman, and has been at it since 1942. Some storylines have given the practical joker and conman decent schemes, but nothing can really hide the fact that this green-suited foe is little more than a Joker wannabe.